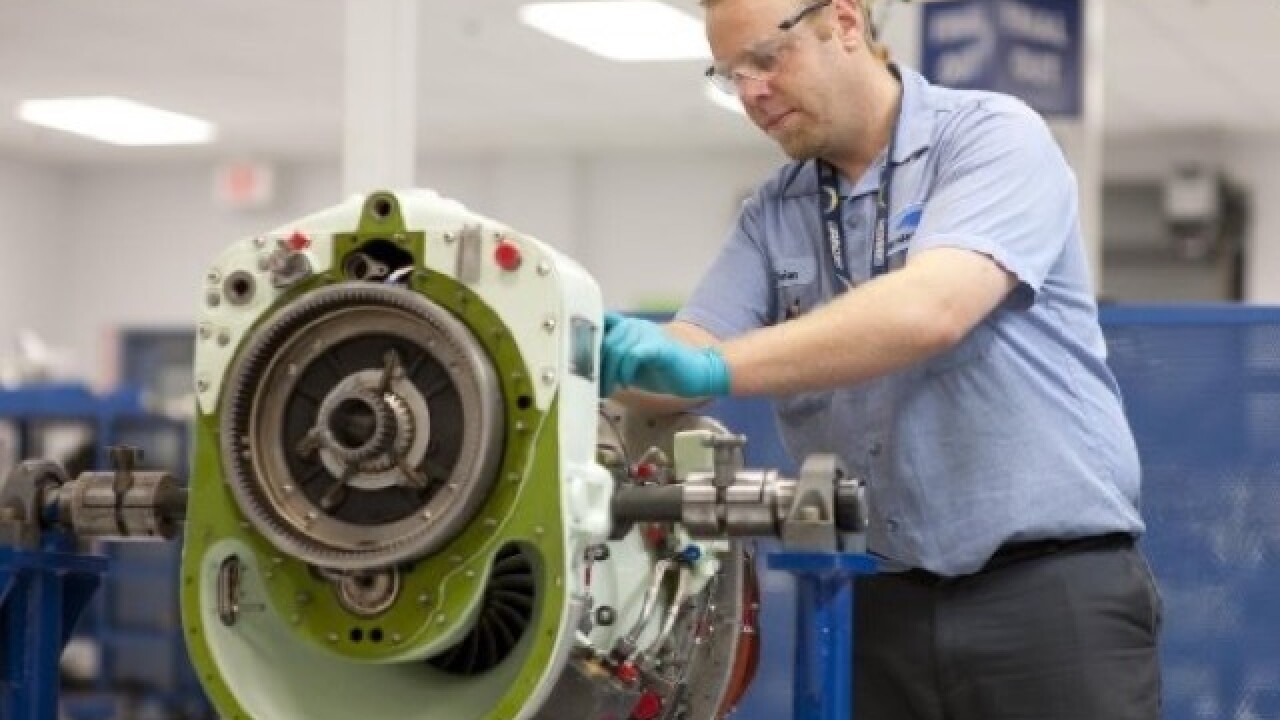 StandardAero via Facebook
<p>March 28, 2016. StandardAero was one of four companies approved for tax credits Monday by the Ohio Tax Credit Authority.</p>

Club Chef would add 355 jobs as part of a $1.75 million expansion in Sharonville. The company, owned by Bob Castellini, provides fresh-cut fruits, vegetables and prepared sandwiches to grocery and convenience stores. The Ohio Tax Credit Authority approved an eight-year, 1.214 percent tax credit for the company, which expects to generate more than $9 million in new payroll annually by the end of 2018. The company's existing payroll at its Sharonville facility is $126,555. As part of the deal, Club Chef would need to keep its operations in Sharonville for at least 11 years.

StandardAero Component Services, planning a $10 million expansion in Sharonville, expects to create 120 new jobs under terms of a six-year, 1.26 percent tax credit. The company does maintenance, repair and overhaul work in the aerospace industry and plans to add $5.2 million in new annual payroll by the end of 2018. The deal requires StandardAero, with an existing annual payroll of $26.1 million, to keep its Sharonville operation open for at least nine years.

Pacific Manufacturing Ohio, an auto parts supplier expanding in Fairfield, would create 62 new jobs by the end of 2019 under a seven-year, 0.576 percent tax credit. The new jobs are expected to nearly $2 million in new payroll each year, on top of the company's existing $26.5 million in payroll. Pacific Manufacturing needs to keep its Fairfield operation for at least 10 years under terms of the deal.

MANE Inc., a flavor and fragrance company, would create 100 new jobs as part of an expansion in Lebanon. The company received an extension of its 2012 tax credit to establish its North American headquarters, which has generated 435 jobs. Monday's deal was to add another 100 employees to MANE's operation.