Bernie fans weigh who is worse: Hillary or Trump 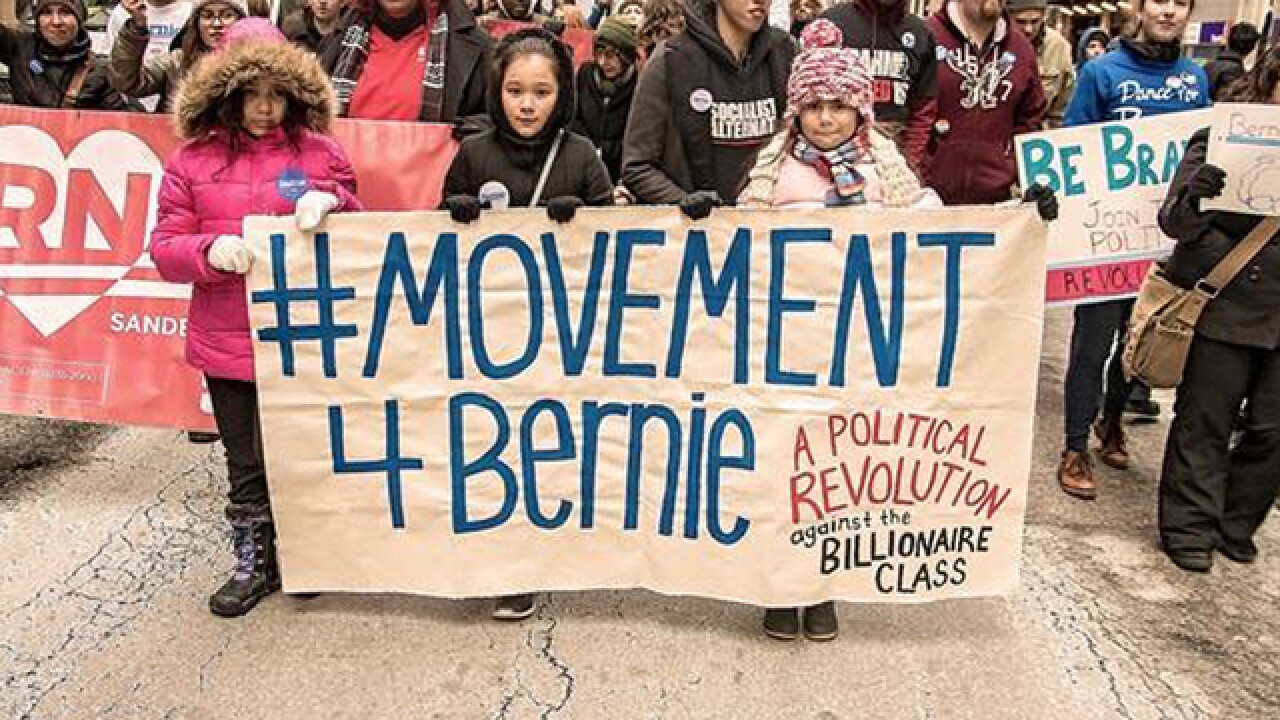 As Hillary Clinton’s likely nomination nears, some Democrats quietly worry how millions of Bernie Sanders supporters will vote – if at all – when the November election rolls around.

Some Sanders supporters might swallow their pride and cast a ballot for Clinton, if she’s the Democratic Party’s nominee. Others might back a third-party candidate.

But a block of those supporters might not vote at all on Election Day.

A chunk of Sanders’ backers are young voters just making a first foray into political activism. Some might have never cast a ballot and others would have never imagined rallying for a presidential candidate.

Mike Moroski, a devoted Sanders supporter and member of the Hamilton County Democratic Party Executive Committee, believes the party has had a hard time capitalizing on enthusiasm for Sanders.

“The biggest loss for Democrats is going to be …. If we, as a party, cannot figure out a way to keep these folks engaged,” Moroski said.

He invited Sanders supporters to a fundraiser he hosted in his home last week for the Democratic candidate for Hamilton County Treasurer, Seth Walsh. But only one showed up.

Many Sanders supporters, Moroski explained, aren’t so quick to support or rub shoulders with those who have long been engrained in party politics.

“My goal was, at least this new friend got to meet Seth,” Moroski said. “The tough sell, of course, is on the establishment.”

Moroski worries that excitement for Sanders won’t translate into Democratic votes in November if Clinton is the nominee.

“The problem is there are a lot of angry Bernie supporters, and rightfully so. And people dismiss it,” Moroski said. “I don’t think they will vote for Donald Trump. I think, honestly, they won’t vote.”

That’s a scenario Ohio Democratic Party Chairman David Pepper is working behind the scenes to avoid.

Pepper said the party has worked to be a good partner to both the Sanders and Clinton campaigns, being careful not to endorse either candidate and invite them both to the state party’s dinner just days before the March 15 primary.

The scenario is one Democrats have faced before back in 2008, when Clinton was the one who stayed in the race late into the primary season, despite her diminished chances at winning the nomination.

But that didn’t keep Democrats who were upset that Barack Obama turned out to be the nominee from the polling booths, said Stacie Rhine, a political science professor at Wittenberg University.

But more than 69 million people voted for Obama and he captured nearly 53 percent of the popular vote.

“People who are Democratic and support Bernie Sanders are highly likely to support Hillary Clinton in the fall,” Rhine said.

Still, the Sanders campaign has treated the prospect of defeat differently than Clinton did in 2008, said Miami University political science professor Chris Kelley.

While the last debate between Obama and Clinton in 2008 was held in April, Sanders, just this week, renewed requests to hold another debate ahead of the Democratic primary next month.

“The difference between her and Sanders is, at this point in the game, she had dialed back her attacks on Obama,” Kelley said of the 2008 election.

For 65-year-old Georgette Marlow, it’s Clinton, not Bernie, who needs to dial back the attacks.

Marlow is a lifelong Democrat who’s so put off by her party's negative treatment of Sanders that she said she will refuse to vote for Clinton if she’s on the Democratic Party’s ticket. Marlow runs a Warren County group for Bernie Sanders’ supporters.

“I will vote. I know I can’t vote for her,” Marlow said of Clinton. “We’ve been shoved under the carpet, looked at as a fringe campaign. (Clinton’s) ready to move on, we’re like the thorn in her side; the mosquito on her neck she wants to slap. Too bad, she better get some bug spray.”

But for some Bernie fans, the idea of a Trump presidency is harder to stomach.

Jim Pross of Cincinnati is a Sanders supporter who said he will reluctantly vote for Clinton just to stop Trump.

“Honestly I’m not a giant Hillary Clinton fan,” said Pross. He is a longtime registered Democrat who doesn’t think Clinton is progressive enough.