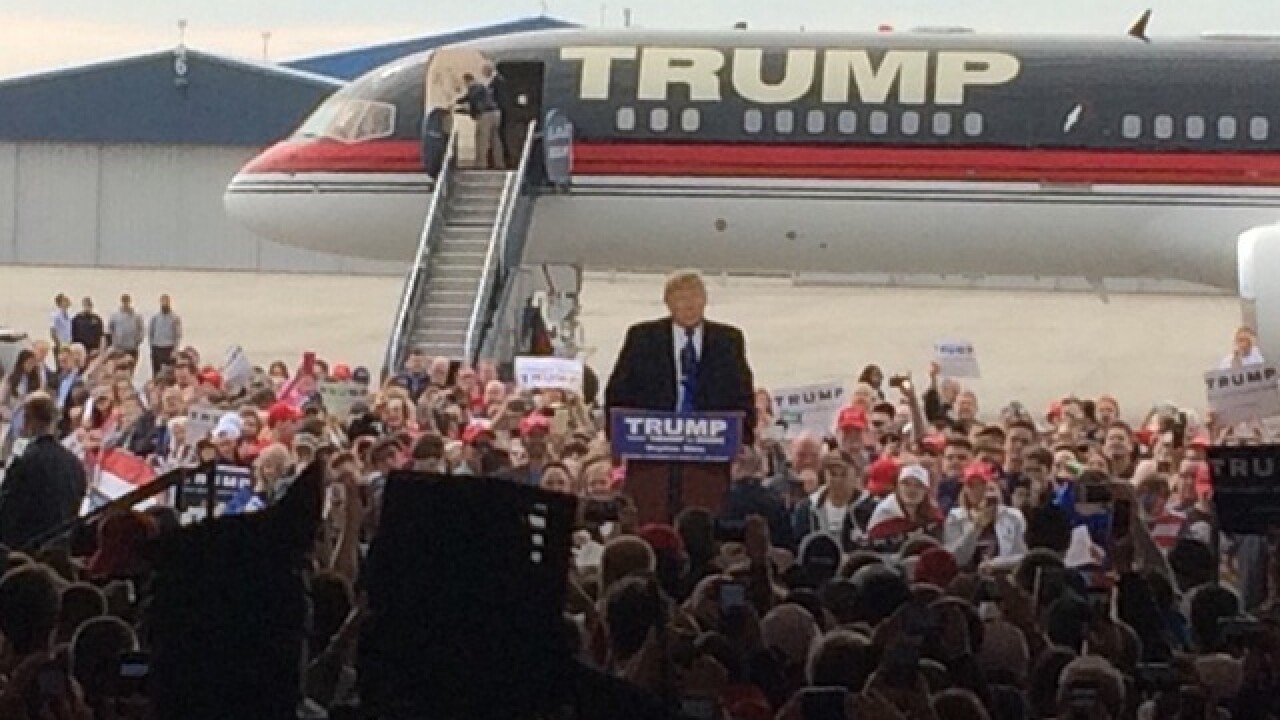 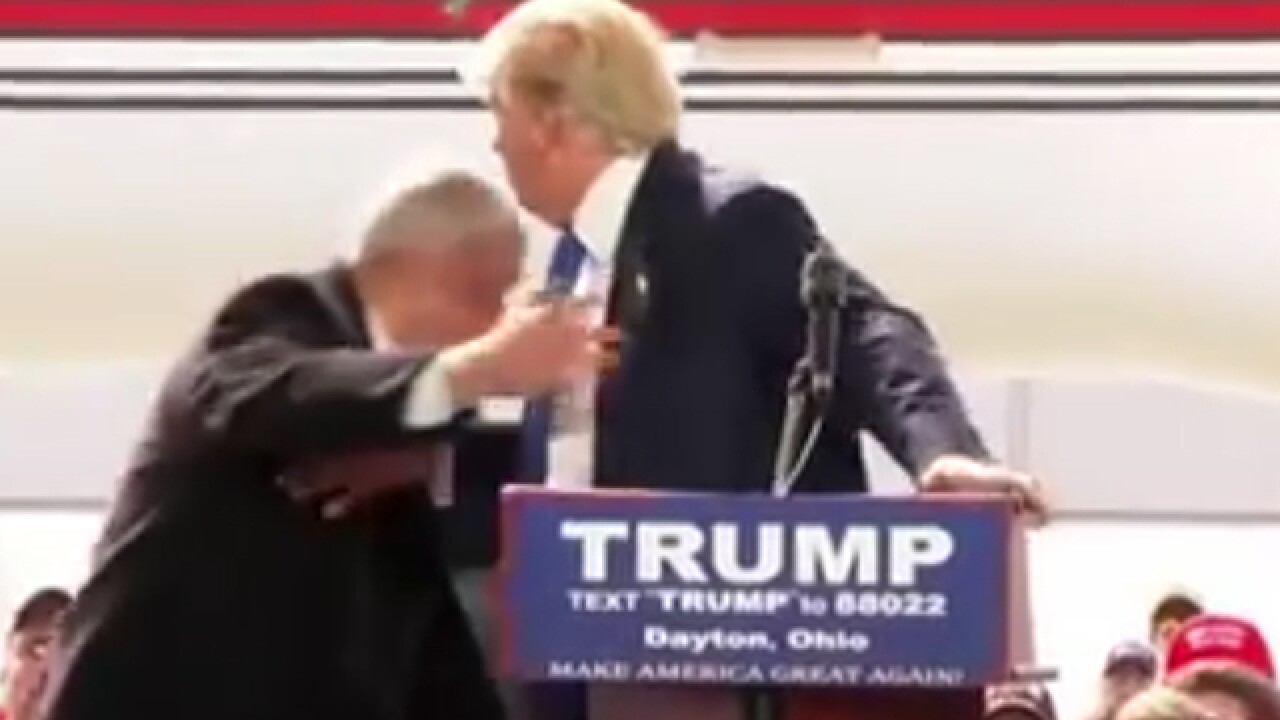 “Is anything more fun than a Donald Trump rally?” Trump said.

@WCPO - Over 4,000 people waiting for Donald Trump to arrive for 10:00 am rally. Young and old gathering. pic.twitter.com/WWXDujMYcL

The Dayton rally took place one day after a rally in Chicago was canceled due to safety concerns and protests.

There were no major issues at the Dayton event; some protesters were removed from the event and one was arrested.

Toward the end of his address to the crowd, a screaming protester made a move toward Trump near the stage, causing his security to form a quick circle around him.

The protester, identified as Thomas Dimassimo of Fairborn, was arrested after jumping the stage, WHIO reported.

@WCPO - Secret Service surrounds Donald Trump on stage as protester moves toward him. Protester escorted out.

“Ted lifts up that Bible, then he puts it down and he lies,” Trump said of Cruz.

Trump also slammed Ohio Gov. John Kasich for his work at Lehman Brothers and his vote for NAFTA as a congressman in the 1990s.

Trump and Kasich are locked in a tight race in Ohio with only three days until the state's primary.

RELATED: Why all eyes will be on Cincinnati during Tuesday's primary

At the same time less than an hour away, Bill Clinton denounced Trump at an event at the Underground Railroad Freedom Center.

"I will not seek the low road to the highest office in America," Kasich said.

People in the crowd seem to be talking about everything from Bengals football to whether Trump should select Gov. John Kasich as his running mate should Trump get the Republican nomination. Others discussed the protests that canceled Trump’s rally in Chicago Friday night.

The Trump campaign will make a stop in West Chester Sunday at 2 p.m. The stop was announced Saturday morning after rumors of a rally Downtown were put to rest.