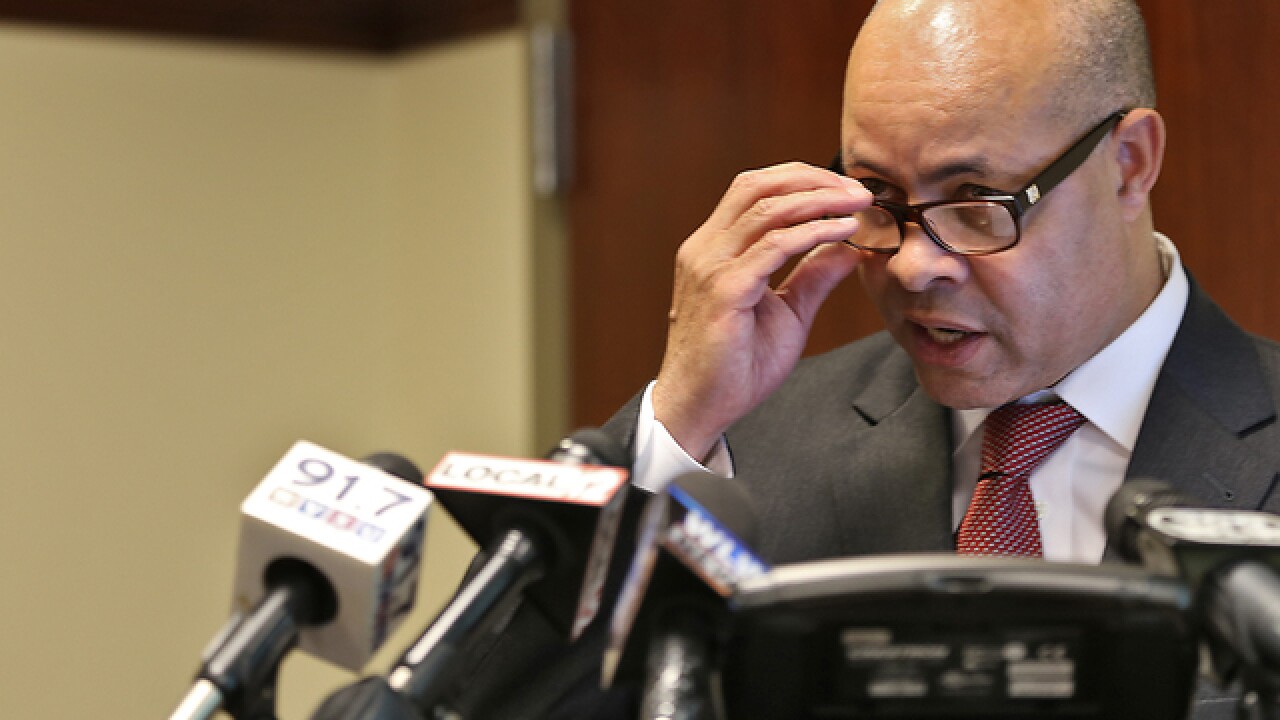 City Councilman Wendell Young said he called a special session of City Council for Wednesday because there are "a lot of rumors about (Black's) future" in Cincinnati, and he wanted to put them to rest.

Young didn't cite Black's unfair labor practices complaint against the Fraternal Order of Police as the reason for the rumors. But, the move did raise some questions about how Cranley and City Council may react if they asked Black to withdraw the complaint and he didn't comply.

Under Cincinnati's charter, the mayor has to initiate the dismissal of the city manager, and then a majority of council must vote to actually fire him or her.

Holly Stutz Smith, Cranley's spokeswoman, said Tuesday the mayor has not discussed firing Black. And in a joint statement released Tuesday afternoon, Cranley and Black said they have "a great working relationship."

"Tomorrow we look forward to discussing our collective success and discussing any concerns City Council may have,” their statement said.

Separately, Cranley's office took aim at Young and Councilman Chris Seelbach for their questions regarding the Metropolitan Sewer District's $55,000 payment to a politically connected subcontractor. They said they weren't convinced Black and his staff were being entirely truthful at a July committee meeting.

"We hope the purpose of this meeting is for Councilmembers Young and Seelbach to apologize for publicly calling the city manager a liar just last month," a statement from Stutz Smith said.

Young -- who stood with Councilwoman Yvette Simpson on Aug. 10 when she announced she was running against Cranley -- recently filed his own unfair labor practices complaint against the mayor. He argues Cranley violated labor rules by introducing a pay-raise plan at the same time Black was in negotiations with the FOP.

Councilman Christopher Smitherman, a Cranley ally, tweeted Tuesday that the politics of the upcoming mayoral race were behind the special session:

"Silly season" is a term used around City Hall to describe the months before a municipal election, when politics seem to play a larger role in councilmembers' every move.

At a news conference last week outlining his complaint against Cranley, Young said he wouldn't vote to fire Black.

"That's still where I am today," Young said Tuesday.

Councilman Charlie Winburn also called for the special session; his chief of staff, Jacob Hesseling, said it was at Young's request.

Winburn will have a prepared statement Wednesday, Hesseling said, but his office isn't commenting beyond that for now.