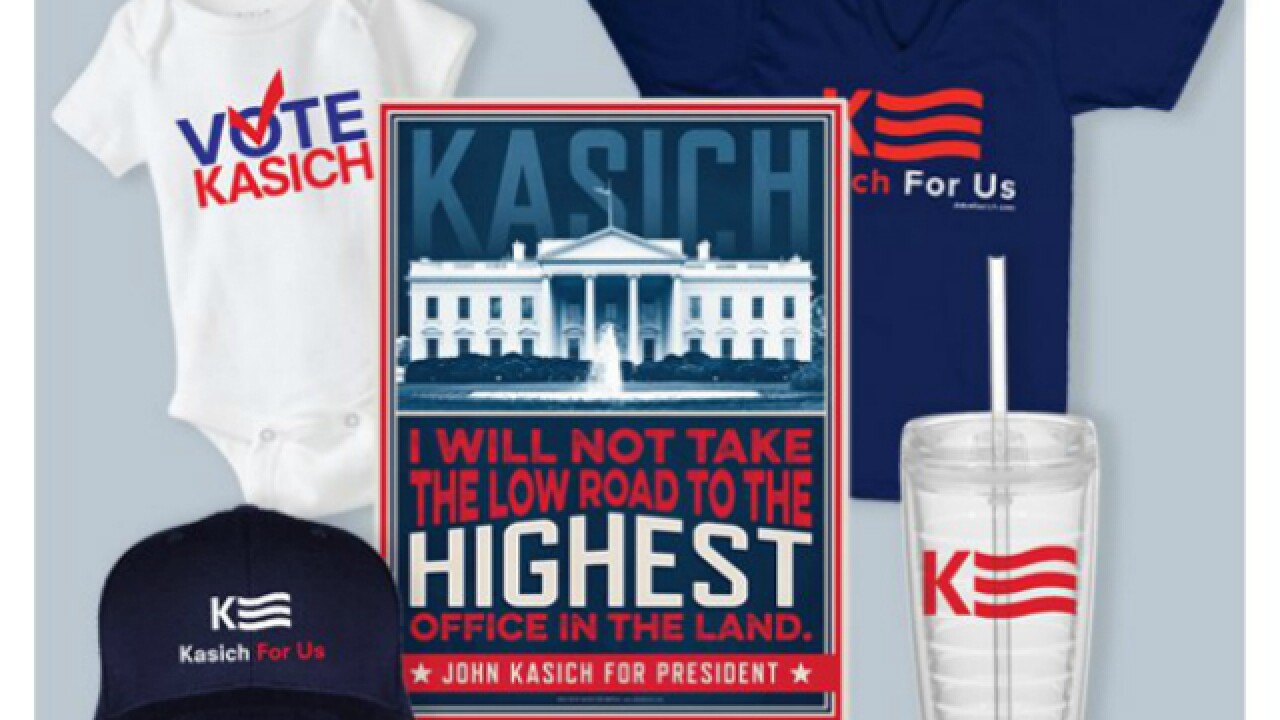 Is John Kasich trying to liquidate his campaign merchandise in a hurry?

Team Kasich announced a discount on all campaign gear Tuesday afternoon, while Indiana voters are headed to the polls. From Kasich drink koozies to baby onesies, everything in the store is 15 percent off.

GOP front-runner Donald Trump is expected to have a big win tonight in the Hoosier State. If Trump takes Indiana tonight, it well set him on the path to the Republican Party’s nomination, possibly foiling Kasich’s plans for a contested election.

WATCH Kasich speak to supporters after his only primary victory so far this election, in his home state:

Some speculated the timing of Kasich’s campaign sale is a sign of not-so-good things to come for the Ohio governor’s presidential hopes.

Inbox: @JohnKasich campaign is offering 15% off on merch. Is this an everything must go sale? pic.twitter.com/fPniHGu13J

BIG SALE: @JohnKasich's campaign is marking down its presidential campaign swag. 15% off, now through Friday... pic.twitter.com/sq5DGsDvhR

Not so, said Team Kasich in a rebuttal Tweet this afternoon. The sale, according to the campaign, is the result of new goods available at the Kasich store because of new goods coming in and thanked reporters for getting the word out.

Thx to all the reporters driving traffic to our online store. Our sale is thx to lots of new available items. https://t.co/iwSAEWg6JD

Among the new goodies you can find at the Kasich store? This number for the pup in your life which, we have to admit, is pretty cute.