Ky. moves to 1 marriage form for all couples 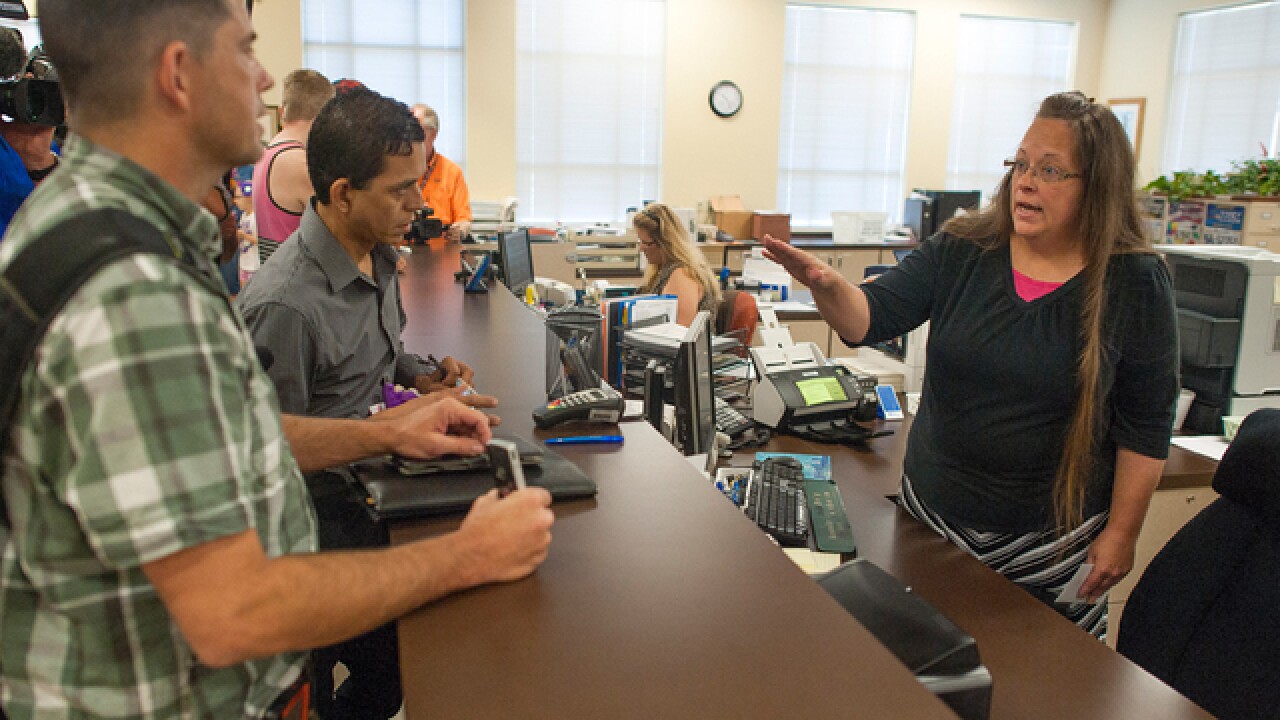 LOUISVILLE, Ky. -- Kentucky's governor has signed a bill creating one marriage license form for gay and straight couples in the state, where a county clerk was jailed for refusing to issue licenses to same-sex couples.

Gov. Matt Bevin said Wednesday his signature brings "statutory finality to the marriage license dilemma." He said it allows county clerks to follow the law without compromising their religious liberty.

The legislation is a response to Rowan County Clerk Kim Davis, who spent five days in jail last year for refusing to issue marriage licenses to same-sex couples based on her religious beliefs. Davis said she couldn't issue the licenses because they had her name on them.

The new form won't have the clerk's name on it.

Bevin signed the bill with no fanfare in his Capitol office in Frankfort.