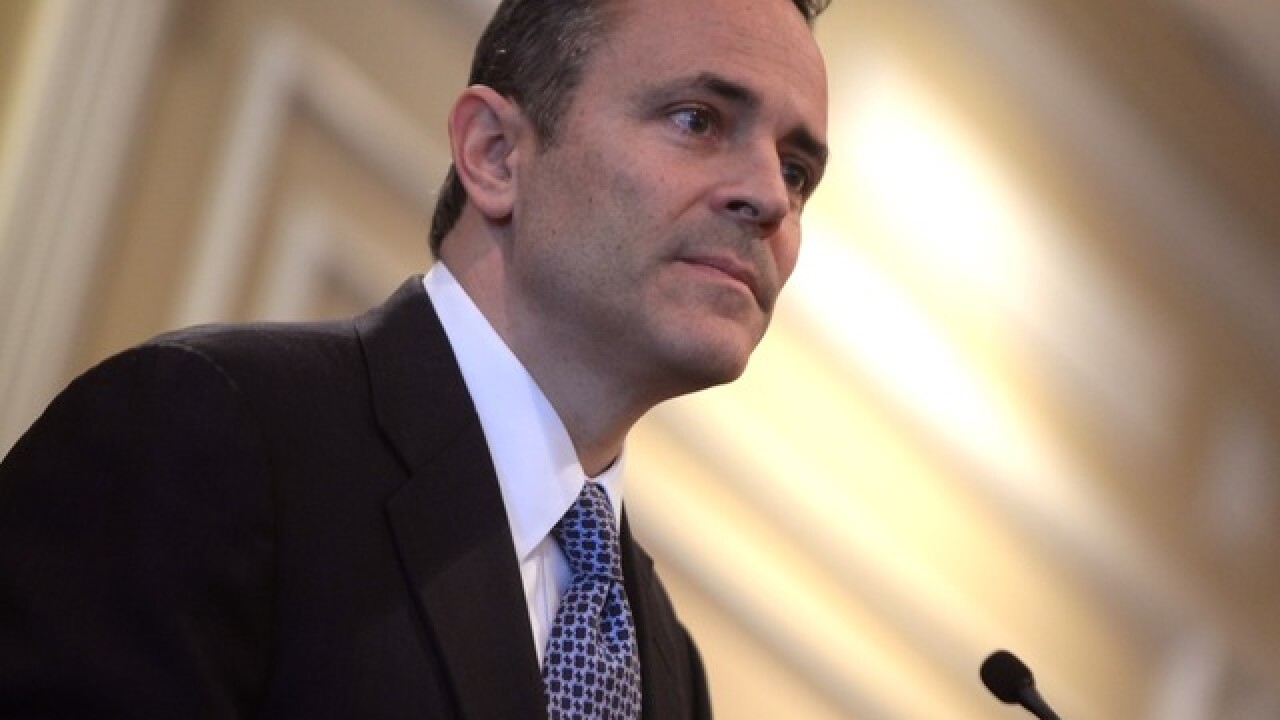 FRANKFORT, Ky. -- Kentucky's governor cannot take money from colleges and universities, but he can order them not to spend all of it, a state judge ruled Wednesday.

Wingate ruled two state laws give Bevin the authority to reduce the allotments to public colleges and universities without the approval of the state legislature. Andy Beshear had sued to stop Bevin's cuts, arguing only the state legislature has the power to appropriate money.

But Wingate disagreed, saying Bevin did not change how much money colleges received; he just ordered them not to spend all of it.

IN DEPTH: What cuts mean for Northern Kentucky University

"The Court simply cannot endorse the position advanced by the Attorney General and the Intervening State Representatives that all appropriated funds must be spent," Wingate wrote. "This position is both an irresponsible one and an unsustainable one for a government to take."

Beshear said he would appeal the ruling immediately, saying it "confers dangerous levels of power on the governor." Bevin said he was grateful for the ruling, calling Beshear's lawsuit a "politically motivated" attack.

Meanwhile, Northern Kentucky University on Wednesday announced it would eliminate 105 jobs, including 35 faculty positions, to compensate for declining revenue. It attributed the decline to the rising pension costs, declining enrollment and Bevin's cuts.

Bevin first proposed his cuts to colleges and universities in January as part of a larger plan to cut state spending by $650 million. He said the cuts are necessary to start saving the money needed to pay down the state's massive public pension debt, estimated at more than $30 billion. Bevin's proposal included spending cuts this year and over the next two years. The state legislature approved most of the cuts for the next two years and rejected cuts for the current year.

But Bevin, citing state law, ordered the mid-year cuts anyway. Beshear sued him, saying the governor can only cut spending if the state has a budget shortfall. Beshear said if Bevin's cuts are allowed to stand, nothing would stop him from deciding to strip funding from the state police.

Wingate rejected that argument, saying the courts are "fully capable of realigning the balance of power" if Bevin were to cut spending to "constitutionally impermissibly low levels."

Wingate said his ruling is "narrowly limited to the facts of this case," a key phrase since Beshear is considering suing Bevin again about budget cuts to other state agencies.

Bevin said the two-year operating budget lawmakers approved last month "assumes" spending cuts of 4.5 percent in the current fiscal year. He sent letters to the leaders of some independent state agencies, ordering them to cut their budgets by 4.5 percent.

Beshear said the budget does not include those cuts, so Bevin can't assume them. He said he plans to "take action" by the end of this week.

"(The cuts) are based on a false premise that a law can mandate something that it doesn't say," Beshear said.

Bevin spokeswoman Amanda Payne declined to comment. But John Chilton, Bevin's budget director, sent a letter to Beshear on Tuesday telling him that every other constitutionally elected officer - including Democratic Secretary of State Alison Lundergan Grimes - have submitted plans to cut spending by 4.5 percent.

"The people of the Commonwealth deserve everyone's help in the Administration's effort to strengthen the Commonwealth's financial foundation," Chilton wrote to Beshear. "Can we count on you?"

Beshear responded by pointing out his office has generated $17.5 million in settlement funds for the state since January and has returned $8 million to the state's Medicaid program.

"The Attorney General's Office is always willing to do its part. But it cannot and will not be pressured into participating in what it believes to be a second illegal attempt to cut the current fiscal year budget," Beshear wrote.