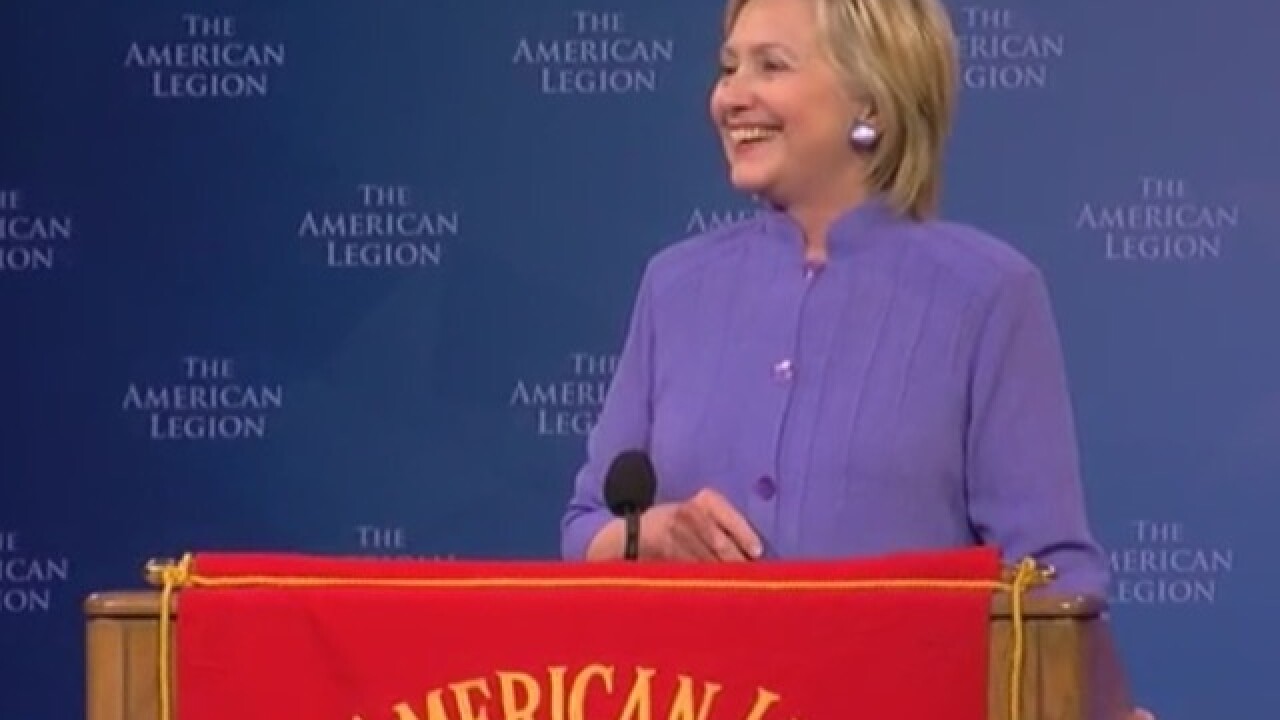 The American Legion is the nation's largest veterans organization, and Clinton is expected to warn the crowd about the dangers of a possible Donald Trump presidency.

You can watch her speech live in the player below.

Trump, the Republican nominee, will speak at the convention Thursday morning.