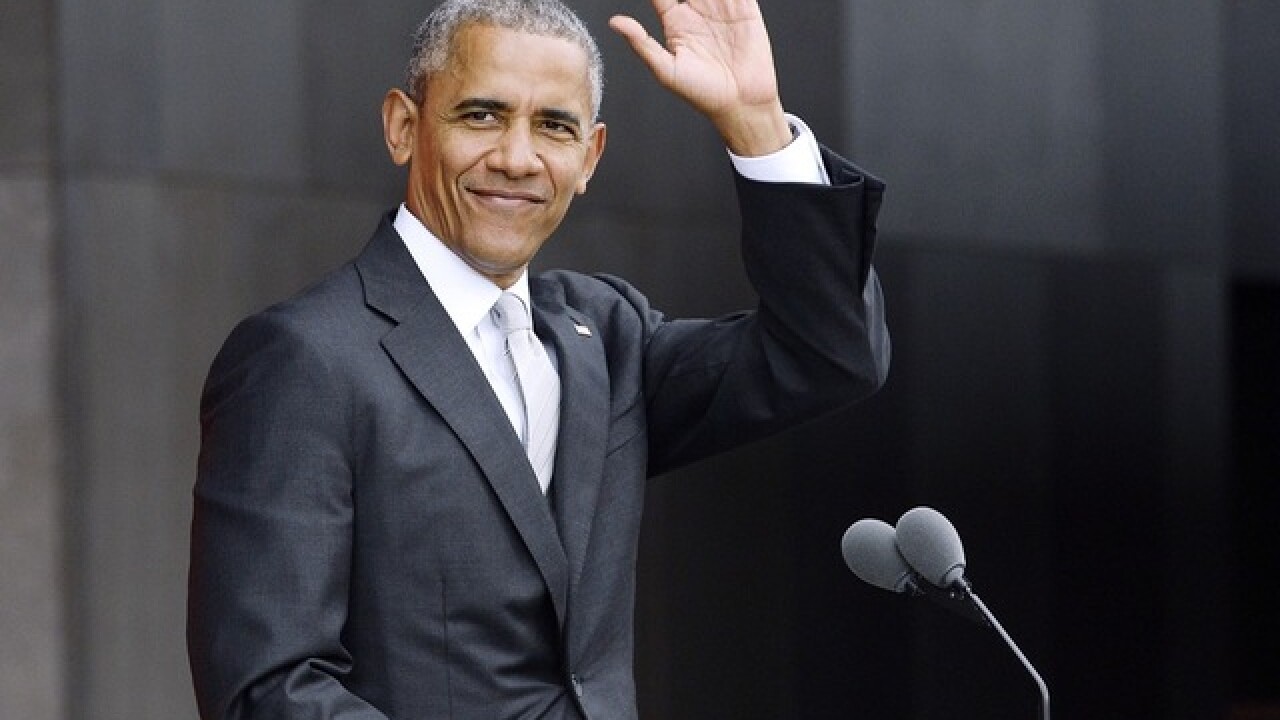 The Ohio Democratic Party announced Saturday that Obama would be a guest at its annual State Dinner on Thursday, Oct. 13 at the Columbus Convention Center.

BIG NEWS! @BarackObama will be our special guest for #ODPDinner16! Get your tickets now: https://t.co/vA9r0vxPak #OHDEMS

Democratic presidential candidate Hillary Clinton has been struggling in recent polls in Ohio, though it's still a close race: the latest RealClearPolitics average has Republican Donald Trump leading by less than 2 points.

Clinton and her allies will be campaigning in several battleground states after Monday's first presidential debate. The events will focus on registering voters.

The Democratic presidential nominee will travel to North Carolina, New Hampshire, Iowa and Florida. Former President Bill Clinton will be in Ohio on Tuesday and take part in a bus tour of Florida on Friday.

RELATED: Obamas might be just the people Clinton needs

Virginia Sen. Tim Kaine, Clinton's running mate, will campaign in Florida on Tuesday while Vice President Joe Biden will be in Philadelphia that day.

First lady Michelle Obama will also be in Pennsylvania, making stops in Philadelphia and Pittsburgh on Wednesday.

Like Ohio, Pennsylvania and Florida have voter registration deadlines in early October.