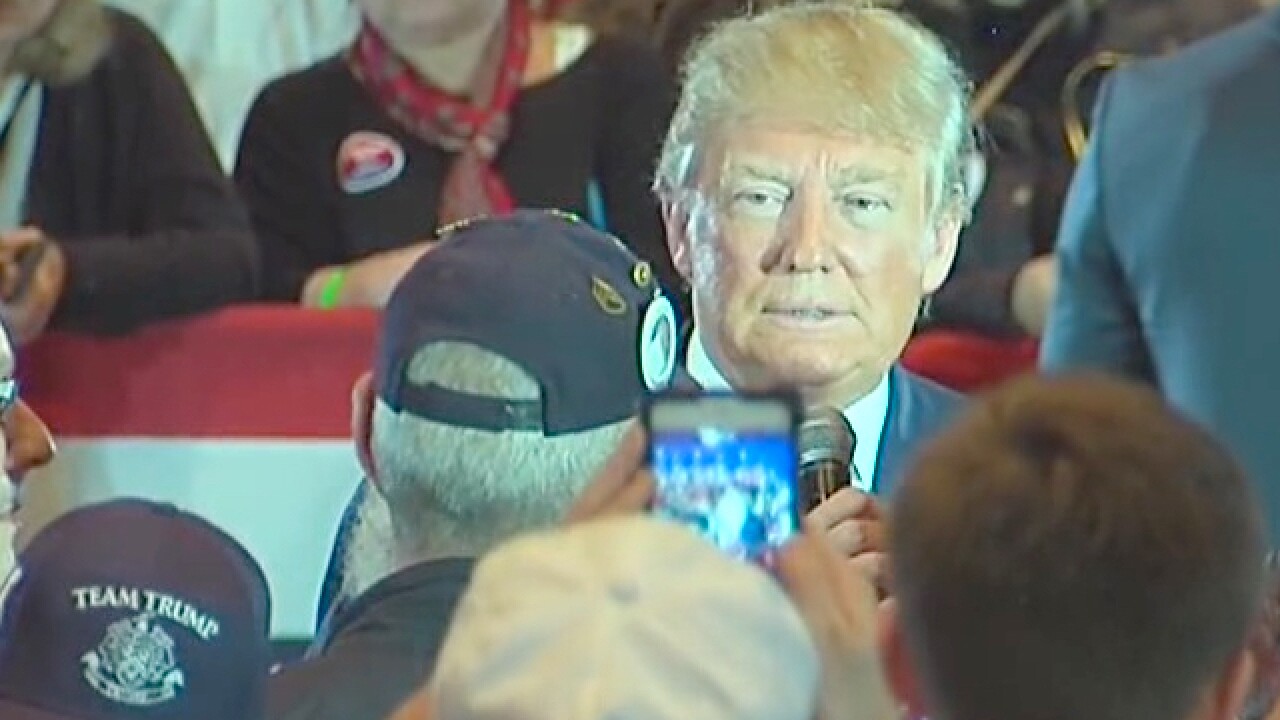 During a town hall-style meeting in West Chester, Keith Maupin asked Trump to clarify the comment.

Maupin's son, 20-year-old Master Sgt. Matt Maupin, was captured and killed in Iraq while serving in the U.S. military.

Maupin said, "You made a comment to McCain that captured soldiers are not heroes."

"I want you to clarify because I think it's important," he said.

Maupin said he was satisfied with Trump's response, but he had not yet decided who he will vote for.

"He was pretty honest, straight forward with me," Maupin said.

Trump said in July while campaigning in Iowa that he dismissed the notion that McCain, the 2008 Republican nominee for president, was a hero "because he was captured."

"I like people who weren't captured," Trump said then.