These phone calls led to change in voting hours 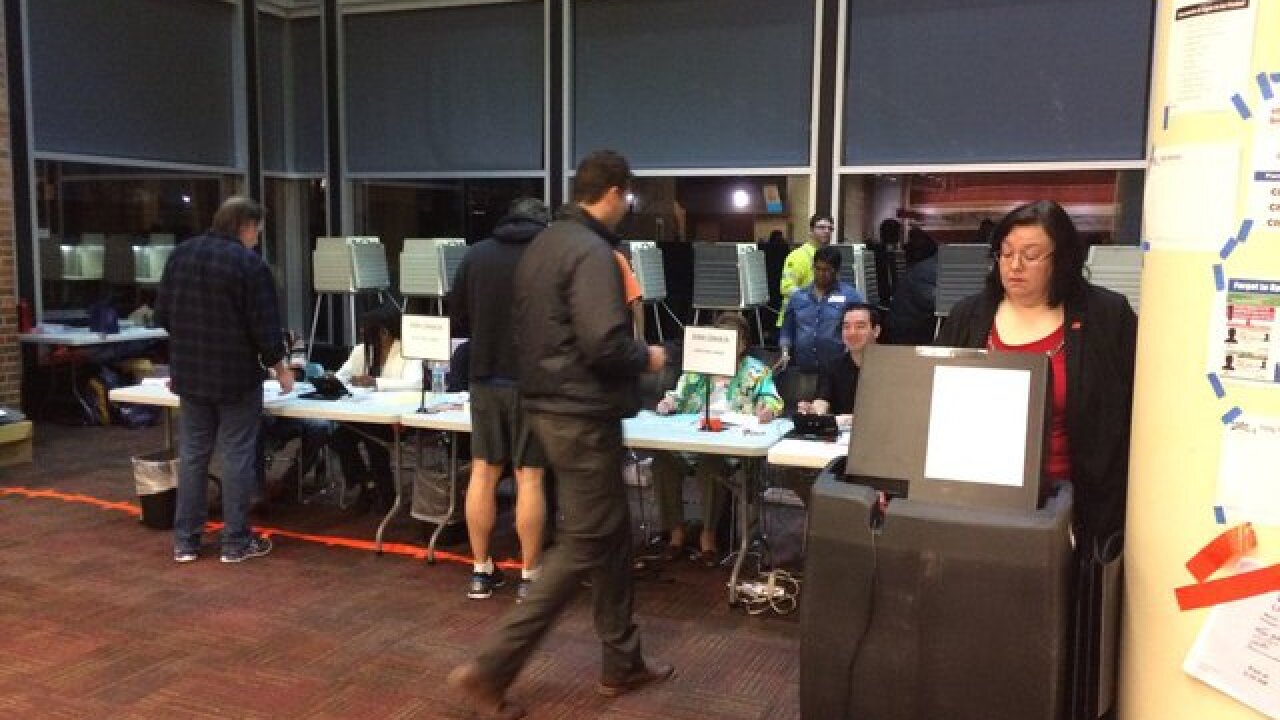 CINCINNATI -- Records indicate that the phone tag between the Ohio Secretary of State's Office and U.S. District Court Judge Susan Dlott began two minutes before polls closed Tuesday, with instructions to keep polls in Greater Cincinnati open getting to poll workers a half-hour after the polls closed.

However, 136 ballots were cast during the extended hour, according to the Secretary of State's Office.

The Secretary of State's Office was initially called by someone from the Cincinnati area -- presumed to be from Dlott's office -- at 7:28 p.m. Tuesday, according to Secretary of State spokesman Josh Eck. The caller was later identified as Steve Snyder, a representative from the Federal Southern District Court.

The Secretary of State's Office did not receive a written order to keep the polls open until 7:58, Eck said. No lawsuit or criminal hearing ever transpired to extend poll hours.

Eck said a media release was distributed at 8 p.m., but poll workers in Hamilton, Butler, Warren and Clermont counties were given a directive from the Secretary of State at 8:01 p.m. The polls were scheduled to close at 7:30 p.m.

"I'm not sure what basis I have to not follow it," Secretary of State John Husted said on Tuesday night.

Over the span of 30 minutes, six phone calls were made between the Secretary of State's Office, the Attorney General's Office and Snyder before a written order was produced.

Dlott said she was at a dinner party Tuesday night when she was called and informed of a traffic issue -- a closure of Interstate 275 near Interstate 471 during the evening rush hour -- and asked to issue a court order to keep the polls open until 8:30.

Dlott said she was unsure when she got the initial call, and guessed it was between 7 and 7:15 p.m.; she was "eating her salad" at the time, she said.

On Tuesday night, Dlott said she was in contact with the Secretary of State's Office before 7 p.m.; The voting-hours extension was agreed upon by both offices, she said, but it would be up to Husted's office to "work out the logistics."

Dlott directed Snyder to contact the Secretary of State's Office to "inform us that an oral order had been issued to keep the polls open in Butler, Clermont, Hamilton and Warren Counties until 8:30 p.m. due to a major traffic accident on I-275," Eck said in an email.

"We literally got a call from a guy named Steve in Judge Dlott's office saying the polls should be open longer," Husted said.

In November, Hamilton County polling hours were extended after representatives from ResponsibleOhio filed a motion in federal court to keep the polls open late due to technological difficulties with a new e-book polling system. The petitioning parties filed in court at 4:48 p.m. and a court hearing began at 6:15 p.m.

"A decision was issued by the court in time for us to issue a directive at 7:14 p.m. prior to the close of the polls," Eck said.

This time around, many polls had already closed up and turned voters away before they were informed of the extension.

Election officials from Butler, Warren and Hamilton counties said they were unaware of the extension at 8:10 p.m. Tuesday when WCPO contacted them for comment. At 8:15 p.m., many poll workers said they had packed up all polling equipment and closed their doors.