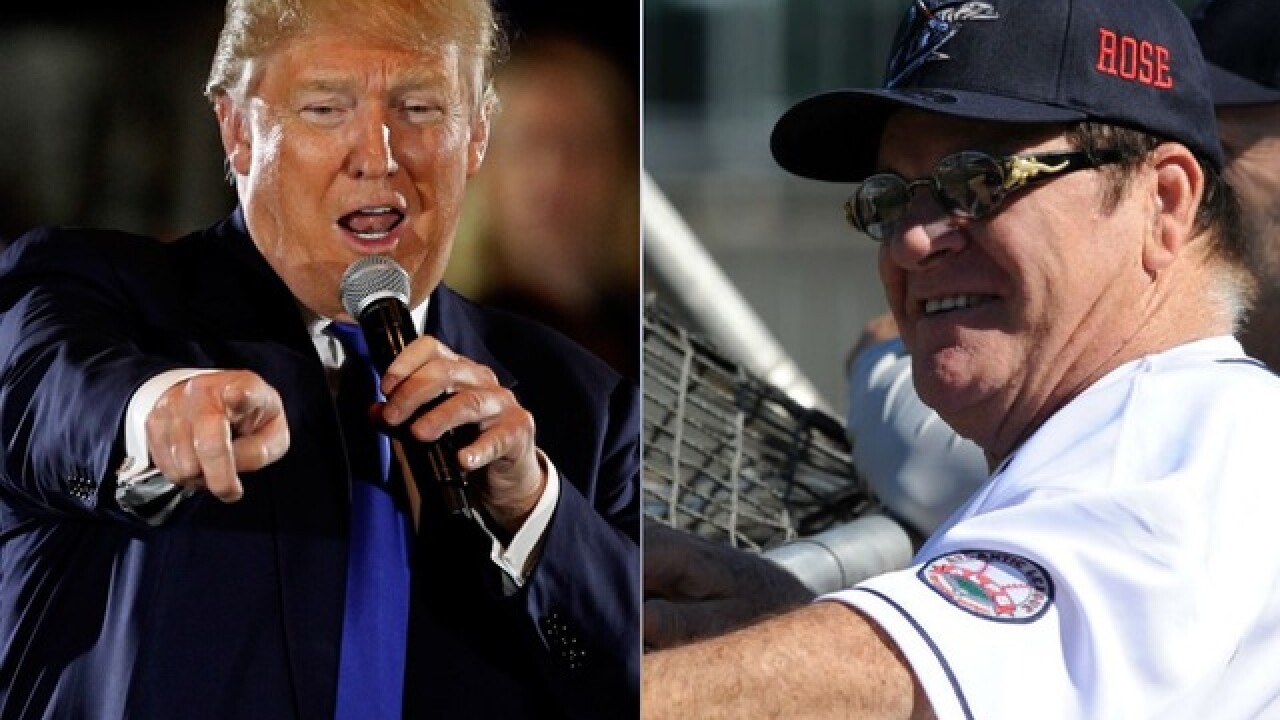 A statement from Rose's lawyer, Ray Genco, says Rose "has made a point not to 'endorse' any particular presidential candidate."

"He believes that who to vote for is a decision each voter should decide for him or herself," Genco's statement continued, according to CNN. "Both the left and right are baseball fans -- and it is those institutions and their people that make America exceptional."

Trump, the front-runner in the race to secure the Republican presidential nomination, tweeted a photo of a signed baseball Sunday after his appearance in West Chester Township, where he got perhaps his biggest cheers for saying the hometown favorite ought to be in the National Baseball Hall of Fame.

PLUS: Did Trump dodge questions in West Chester?

The ball appeared to have been signed by Rose with the words "Mr. Trump please make America great again," a Trump campaign slogan.

Trump campaign spokeswoman Hope Hicks told CNN the campaign never confirmed Rose's endorsement, but that Trump simply had received a baseball and posted a photo of it.

And, well, there's also the fact that not everything Rose writes on a baseball should be taken seriously: FiveThirtyEight points out he's sometimes signed baseballs with “I’m sorry I broke up the Beatles” or “I’m sorry I shot JFK.”

Rose remains on Major League Baseball's banned list for betting on games while employed by the league.

Evidence gathered by investigator John Dowd showed that Rose bet on the Reds, an offense punishable by lifetime ban. No evidence shows that Rose ever bet on the Reds to lose, but MLB rules hold the same weight and punishment for players who bet on their own teams to win or lose.

Earlier this year, the Reds announced Rose would be inducted into the team's Hall of Fame this June.