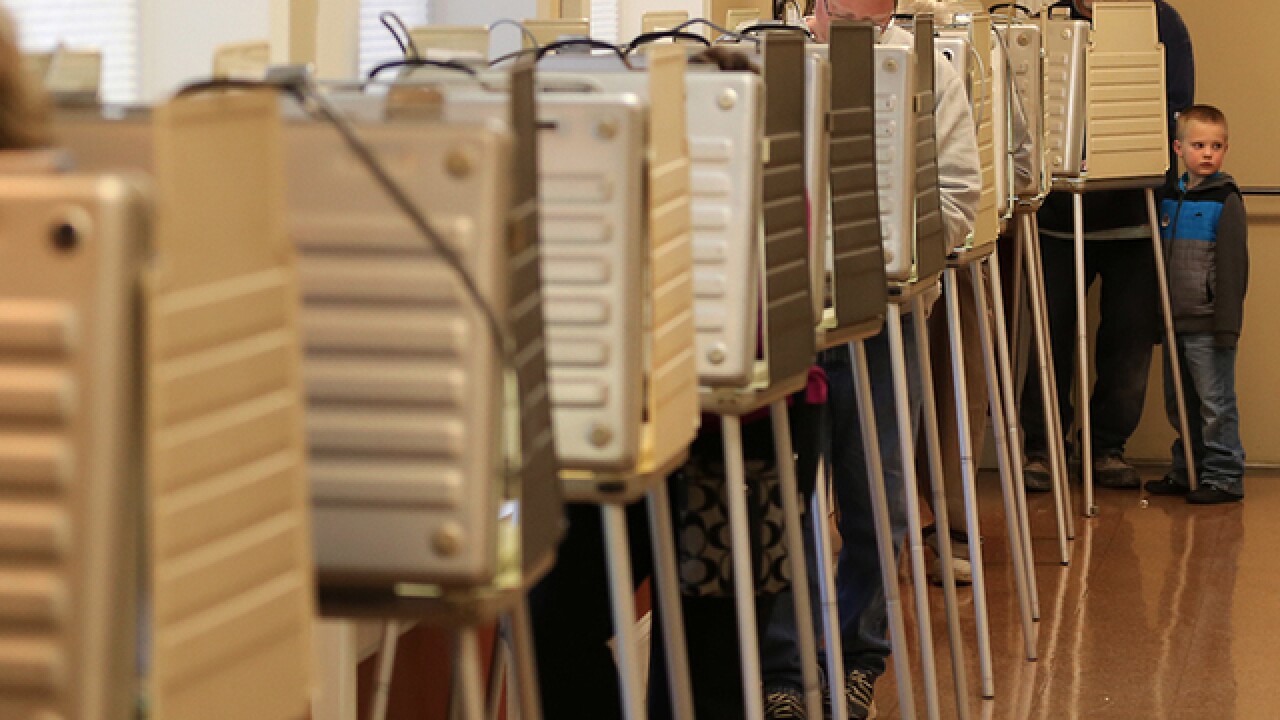 COLUMBUS, Ohio-- A judge on Friday granted a request to let 17-year-olds vote in the swing state's presidential primary just days before the election.

Ohio allows 17-year-olds who will be 18 before the fall election to vote in Tuesday's primary, with some exceptions. Young Ohio voters can decide on congressional, legislative and mayoral contenders, but they can't vote on ballot issues or candidates for a political party's governing body.

Whether the teens can vote in the presidential primary race had been under dispute in the perennial battleground state. The state's Republican elections chief, Secretary of State Jon Husted, had said Ohio's rules and constitution didn't permit it.

On Friday, after the judge's ruling, Husted said, "This last minute legislating from the bench on election law has to stop." He vowed to appeal.

"Our system cannot give one county court the power to change 30 years of election law for the entire state of Ohio, 23 days into early voting and only four days before an election," Husted said.

Nine 17-year-old registered voters in central Ohio had sued him in state court over his interpretation. At issue was a distinction between "elect" and "nominate."

A manual for elections officials issued last year by Husted said 17-year-olds can vote "solely on the nomination of candidates" - and not in the presidential primary "because delegates are elected and not nominated."

But the delegates aren't assuming any office, said the teen's attorney, Rachel Bloomekatz. They serve as the voters' surrogates at a party's nominating convention. Plus, the names of delegates corresponding to each presidential candidate do not appear on the primary ballot.

Presidential candidates earn their party's nomination by collecting a majority of the delegates awarded in primaries and caucuses.

Husted argued Ohio has operated under the same rules for 17-year-olds in past primaries.

The teens claimed Husted is violating their voting rights. They asked Franklin County Common Pleas Court Judge Richard Frye to issue an emergency order blocking Husted's instructions that forbid them to vote in the presidential primary, which he granted Friday.

Early voting has been underway in for weeks in Ohio.

Chad Readler, an attorney for Husted, told Frye at a Thursday hearing that changing the rules would create "mass confusion" at the boards, though Bloomekatz argued the instructions could be simple: Count the votes.

Separately, Democrat Bernie Sanders' presidential campaign has filed a federal lawsuit over the limitations. A federal judge earlier Friday temporarily halted the lawsuit, saying the court would abstain from a decision in the case until the state court ruled on the similar lawsuit.

At least 20 other states allow 17-year-olds to vote in presidential primaries or caucuses, though rules sometimes vary based on political party, according to FairVote, an organization that tracks electoral issues.