'It does make a difference' 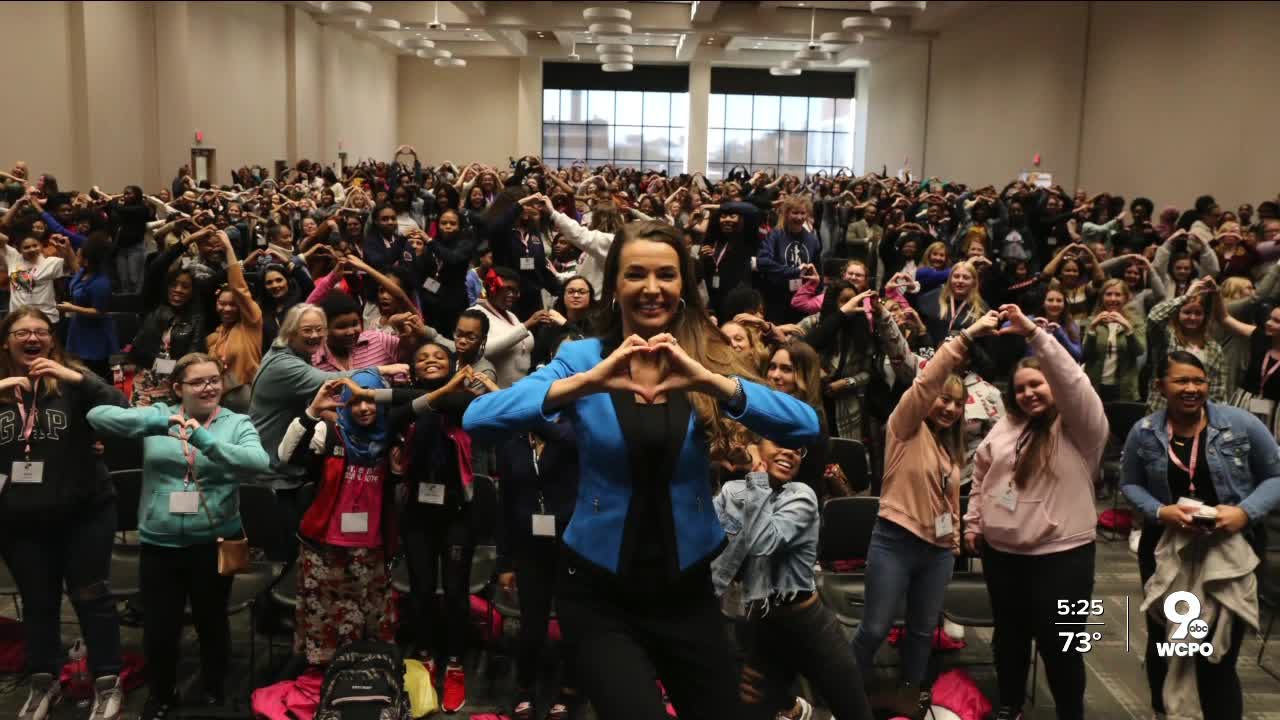 Young Women LEAD will hold its 2020 conference online. Girls in grades nine through 12 can attend for free on either Sept. 24 or Sept. 25 from 9:30 a.m. to noon. The deadline to register has been extended through Sept. 22. 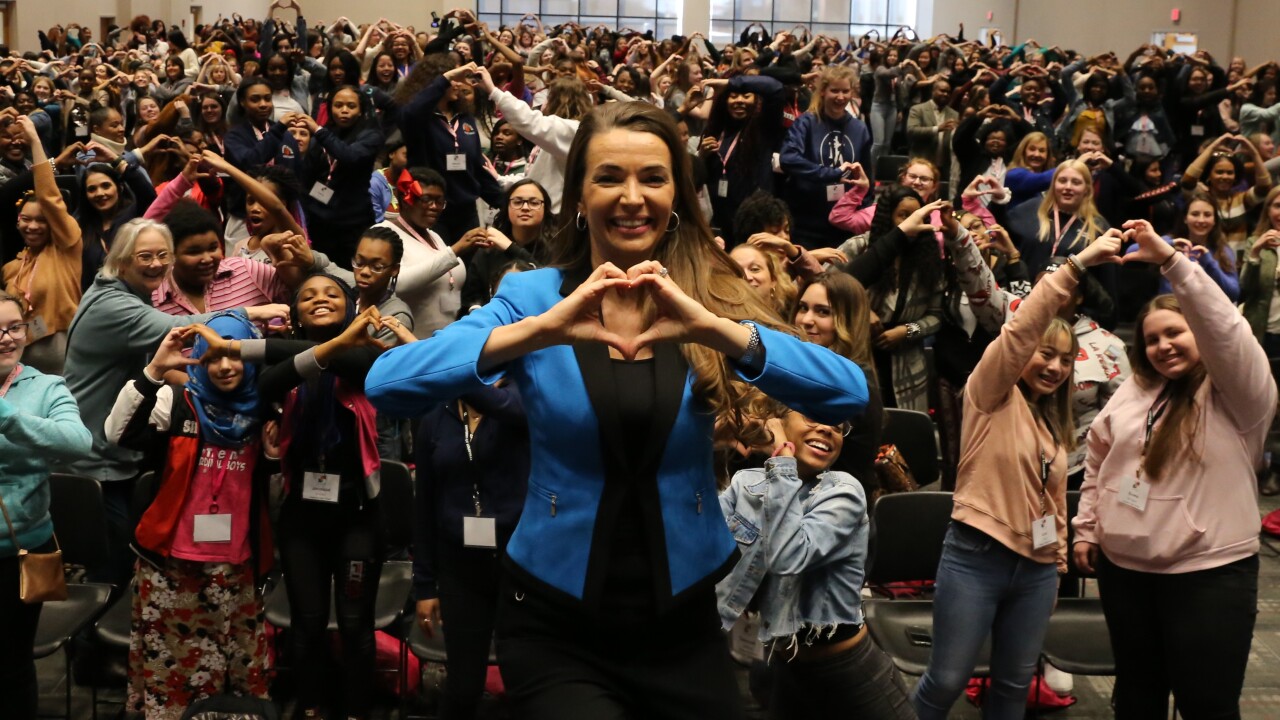 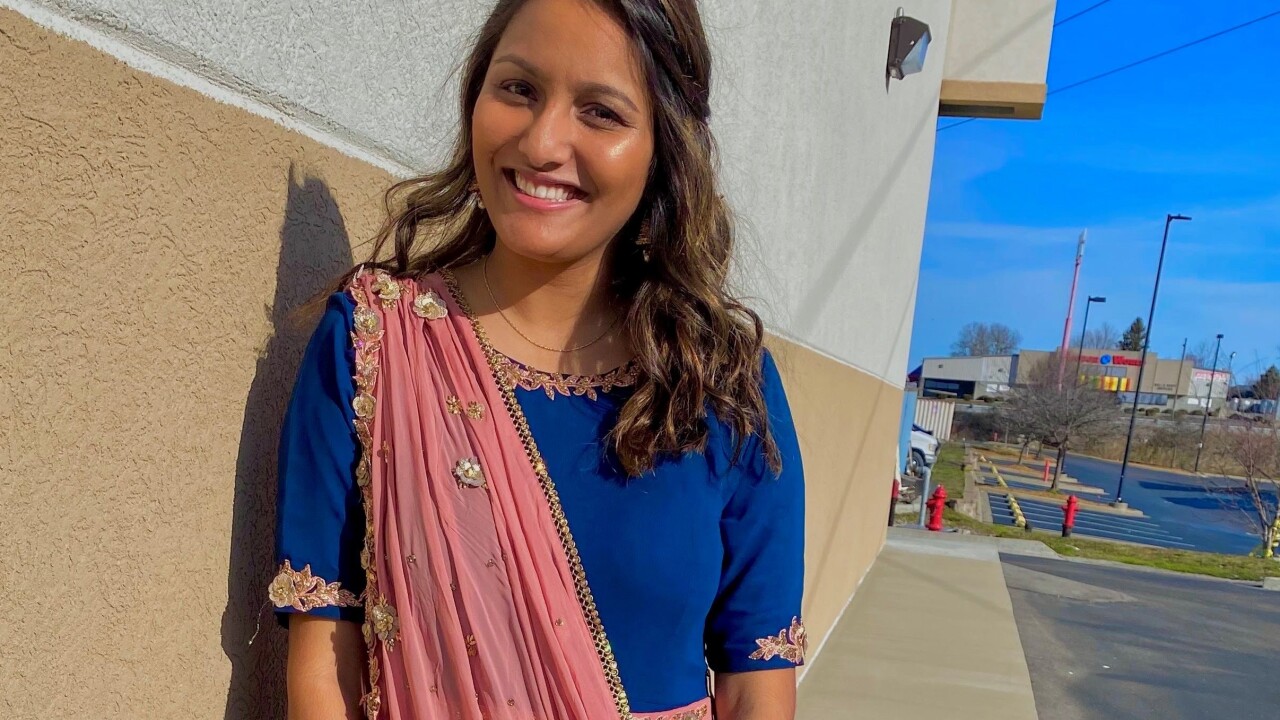 COVINGTON, Ky. — Jenny Patel grew up hearing all about her limitations as a girl.

So when two of her best friends at Walton Verona High School told her about an empowering experience they had at the Young Women LEAD conference, she registered to go at the next opportunity.

The experience, she said, gave her the confidence she needed to pursue her dreams.

“After I went through these different sessions, I was like, OK, I am capable of that,” said Patel, 18, who attended the conference as a junior and senior in high school and is now a freshman at the University of Kentucky. “I can be my own person. I can be the CEO of anything – if I just put my mind to it.”

That’s exactly the point of Young Women LEAD, a nonprofit that has served 31,000 high school girls during 46 in-person events over the past 10 years. The organization works to change the way high school girls think about themselves so their insecurities don’t stop them from pursuing careers they might not consider otherwise.

Young Women LEAD founder and CEO Sally Schott said the goal is "ultimately that we have 50% of CEOs sitting in their offices in the U.S. that are women.”

“I don’t say that glibly,” added Schott, who also is founder and president of SOAR, which offers corporate training aimed at increasing the number of women in leadership roles. “I was shocked when research came out that showed that at the age of 5, girls start to lose their confidence.”

Through its in-person conferences, Young Women LEAD has helped girls like Patel regain that confidence in a matter of hours. The conferences are always free, thanks to sponsors including SOAR, Northern Kentucky University, Toyota and Duke Energy, and girls can attend year after year throughout high school.

Of course, everything is different this year because of the coronavirus pandemic.

Instead of in-person events, Young Women LEAD will hold its 2020 conference online. Girls in grades nine through 12 can attend for free on either Sept. 24 or Sept. 25 from 9:30 a.m. to noon. The deadline to register has been extended through Sept. 22, said Kimberly Code, a professor at Northern Kentucky University and this year’s conference manager.

“One in three girls with a grade-point average of 4.5 or higher don’t believe they’re smart enough for their dream career,” Code said. “We want to do what we can to combat that.”

The power of two-and-a-half hours

This year’s conference will have breakout sessions for girls to attend, and each day will feature: Julie Carrier, a well-known coach for young women; Maryam and Nivaall Rehman, Disney filmmakers and twin activists; and Monique Coleman, a singer and actress who co-starred in “High School Musical” and is the first-ever “youth champion” appointed by the United Nations.

The organization is confident that this year’s virtual conference can “meet teens where they are” online, Code said. Plus, she said, the number of girls and young women who can attend is unlimited in this format.

“We looked at what the research said, and we’ve put together this two-and-a-half-hour, action-packed gamification program where we have word clouds and polling and quizzes and social media challenges,” Code said, adding that girls who participate also will be entered into a contest to receive a box filled with prizes in the mail.

“People who are really engaged – we’re going to reward them,” she said. “Teenagers love swag.”

Because it’s virtual this year, girls from all over the country will get a chance to interact with each other, she said, and 1,200 girls have registered so far.

Code said girls who attended the conference in high school have recognized her on NKU’s campus and have told her that the event gave them the confidence to go to college.

It has made a big difference in the lives of Newport High School students who have attended in the past, said Shannon Gubser, a teacher for gifted and talented students at Newport Independent Schools who has been taking students to the conferences for years.

“They go not knowing that they’re going to feel empowered by all of the messages that other role models have,” Gubser said. “The message that they have to give is really powerful.”

In the past, Newport High School has invited girls identified as gifted and talented to take part in the conference, she said, but this year Gubser is inviting everyone, because there are no space constraints based on how many students will fit on a bus.

“I feel like when the girls go and they get these messages, they’re filled up,” she said. “When they leave, I think it’s like they hit the reset button, and they discover, ‘I am worthy, and I can do something that’s impossible,’ and it kind of gets them feeling like they can get their life back on track.”

Learning from other girls

One of Gubser’s favorite memories from an in-person conference was when the girls there had the opportunity to stand up and talk about what they had overcome.

“There was so much power. There were girls standing up saying, ‘I was bullied,’ or ‘I was raped’ or ‘I’m a lesbian, and I didn’t know how to come out about that’ and just talking about powerful things,” she said. “Some girls might have thought that their struggle was a struggle, but then to hear other girls’ struggles, it’s like, ‘Wow, and she’s standing there in front of me, and she’s amazing.’”

Gubser is a little worried that the virtual event won’t be able to match the energy that comes from being gathered in person, she said, but she’s still encouraging every girl she can to attend.

Patel said she’s encouraging all her younger friends to attend, too, including her younger sister.

“In my personal family, we have been taught, because of my religion, we’ve been taught, like, the male is the provider for the family. The male is the one that does most of the work. The woman just takes care of the family and cooks and cleans,” said Patel, who is Hindu. “Just going through that (Young Women LEAD) helped me have a boost of confidence, you know, like motivation.”

It was enough of a push that Patel is now majoring in biology at UK with dreams of becoming a surgeon, she said, and her parents couldn’t be prouder.

“They’re just, like, this is your future,” she said. “They’ve never stopped me from doing what I wanted to do.”

More information about Young Women LEAD and how to register is available online. The deadline for registration is Sept. 22, and the conference is open to all girls and young women in ninth through 12th grades.