Travis Wilson broke his back as a Green Beret. This organization never forgot about him. 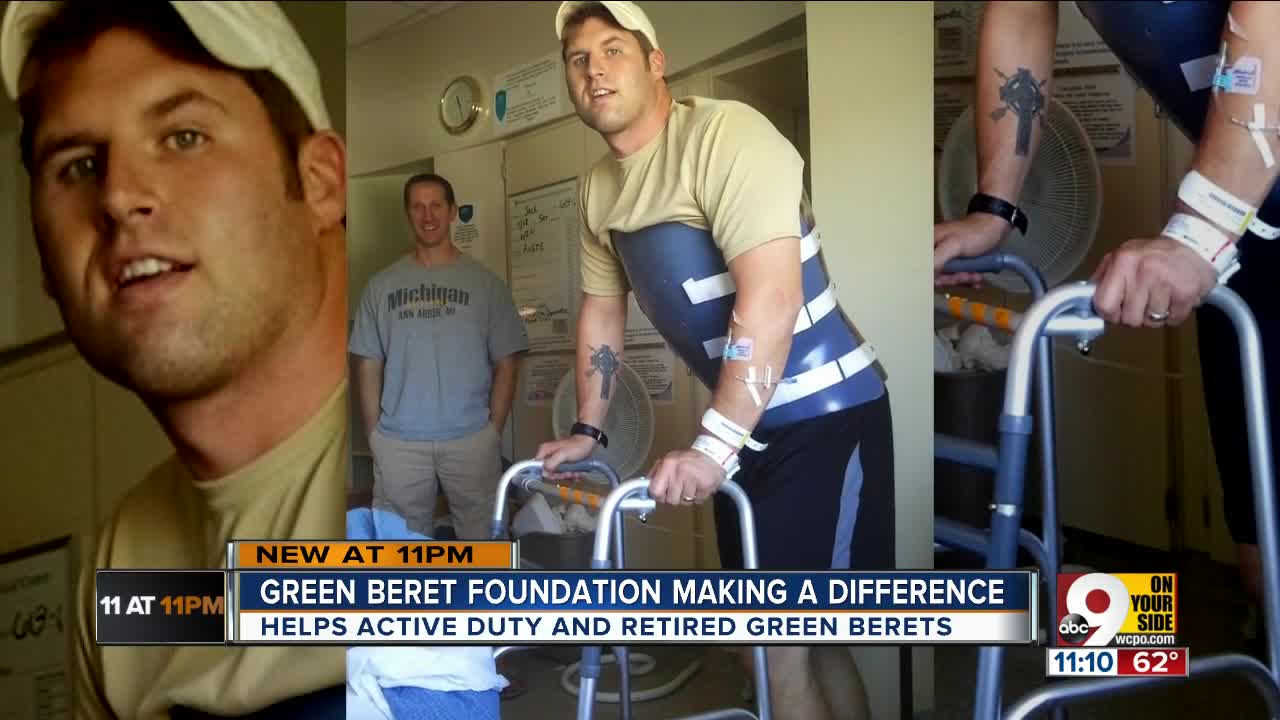 Travis Wilson was seriously injured while parachuting, breaking his back. It wasn't the first or last of the damage he'd absorb as a Green Beret — and later need the help of others to overcome.

Travis Wilson had no time to react and almost no warning before his parachute collapsed, sending him plummeting 200 feet to the ground. All the veteran remembers is a sound he describes as a “ruffling” — and then the bone-shattering impact.

It wasn’t the first serious injury he’d sustained as a member of the United States Army Special Forces. It also wouldn’t be the last. The punishing combat and training he’d experienced as a member of the group nicknamed the Green Berets later led to two knee replacements.

He struggles to speak when he thinks about the plight of former soldiers like himself: Ones with injuries as severe as their jobs are demanding.

“It’s not just the Green Berets,” he said Thursday. “It’s veterans as a whole that are kind of forgotten about. … We’re the quiet professionals.”

The icing and compression machine Wilson uses to help his recovery from knee replacement cost thousands of dollars. He might not have been able to get it if not for the help of the Green Beret Foundation — an organization dedicated to supporting former Green Berets and their families after they leave the service.

It’s support that’s necessary, national GBF board member Fran Wesseling said, because they often don’t receive everything they need from the Department of Veterans Affairs.

“When you’re a Green Beret doing the kind of missions they do, they come back with chronic or complex injuries that don’t necessarily fit the standard of care,” she said.

Wesseling knows firsthand. Her own son, Darrin, had brain trauma after experiencing two car bombings in nine days during his service in Iraq.

Longterm, it led to severe deterioration. He can no longer speak and is essentialy quadriplegic, his mother said.

“Before he lost his ability to speak, he said, ‘Do it for my brothers,’” she said.

So she does. Events Wesseling leads in greater Cincinnati have raised more than $800,000 over the course of four years.

“We want to honor him,” she said. “Let people never forget the sacrifices they make, any of the military make for us when they go into combat.”

For Wilson, its value is simple: “The Green Beret Foundation doesn’t forget.”

The Green Beret Foundation has multiple events scheduled in Cincinnati for 2019. Anyone interested in attending can learn more on the foundation's website.