The Public Library of Cincinnati and Hamilton County connects people to help, not just books

'How can we help your quality of life?' 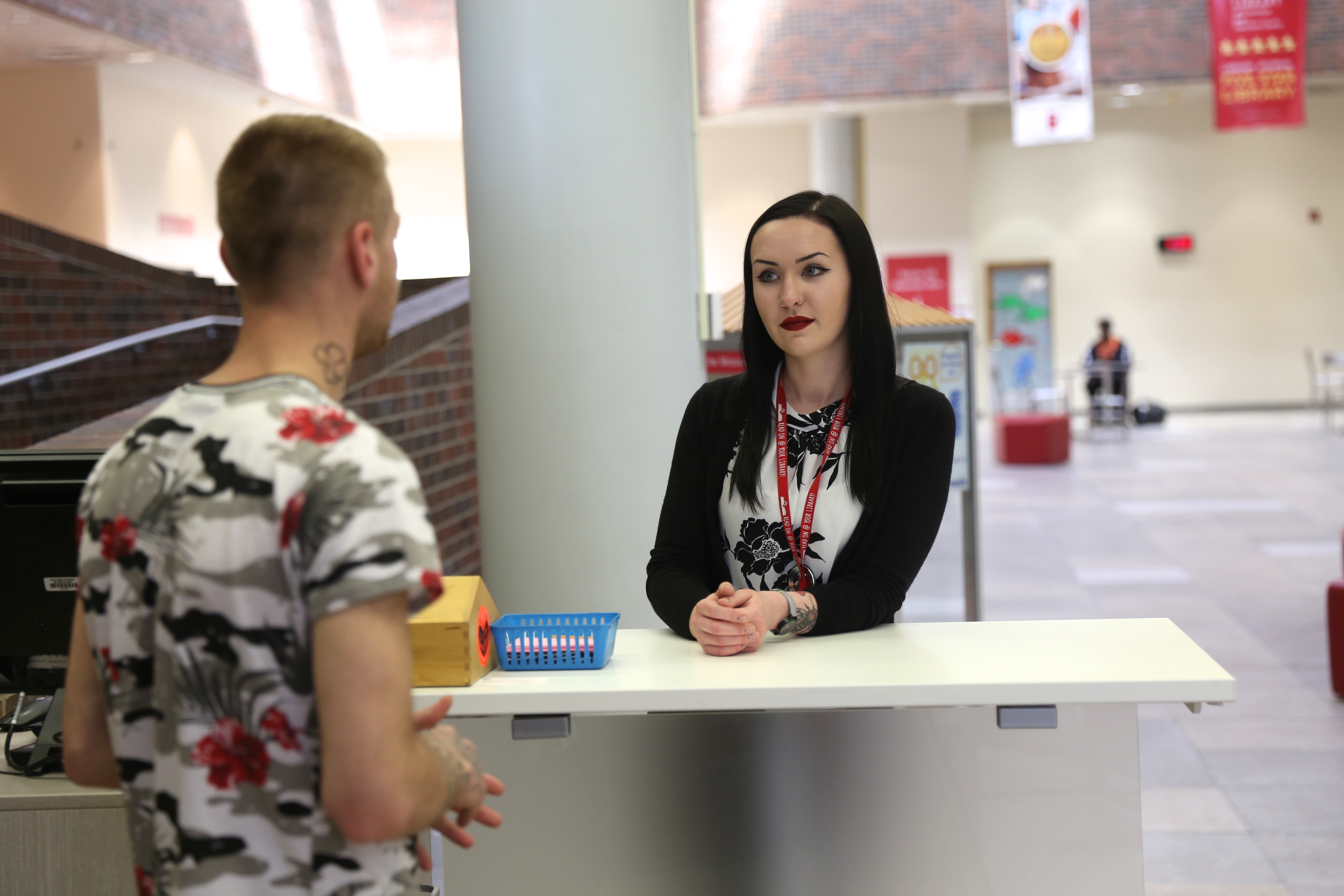 Staff of the Public Library of Cincinnati offers services and resources for its customers experiencing homelessness. 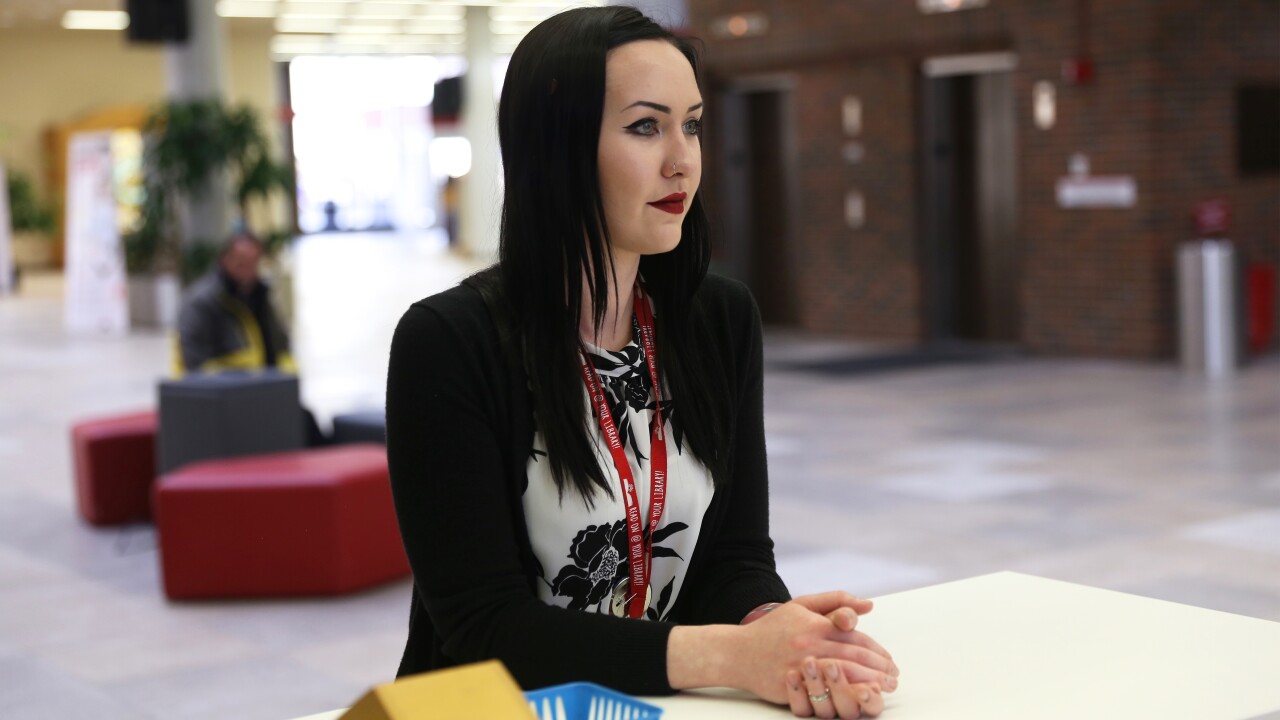 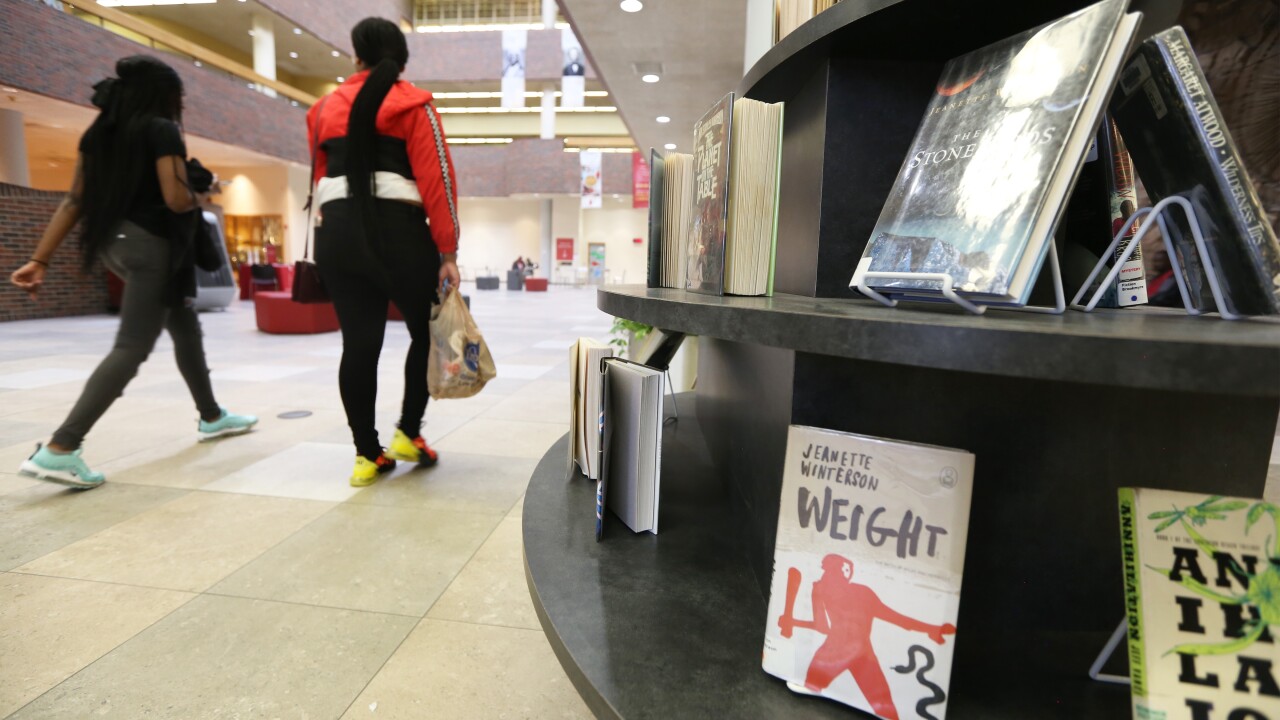 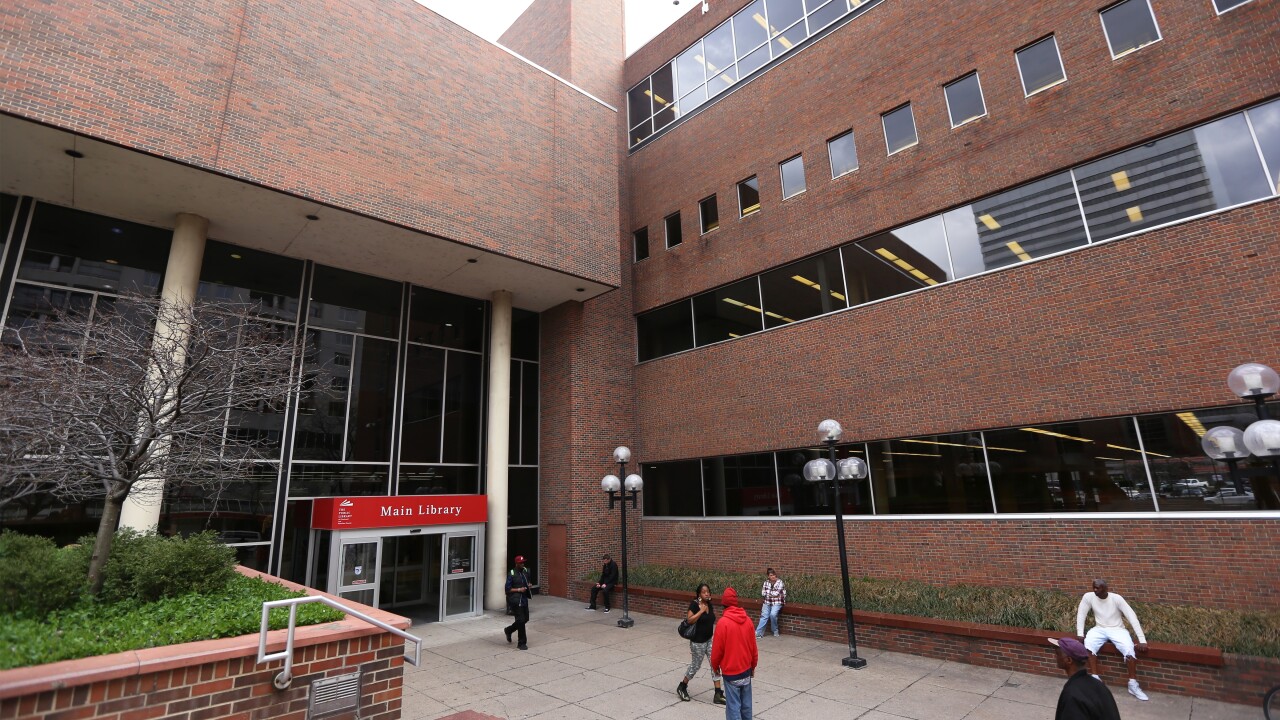 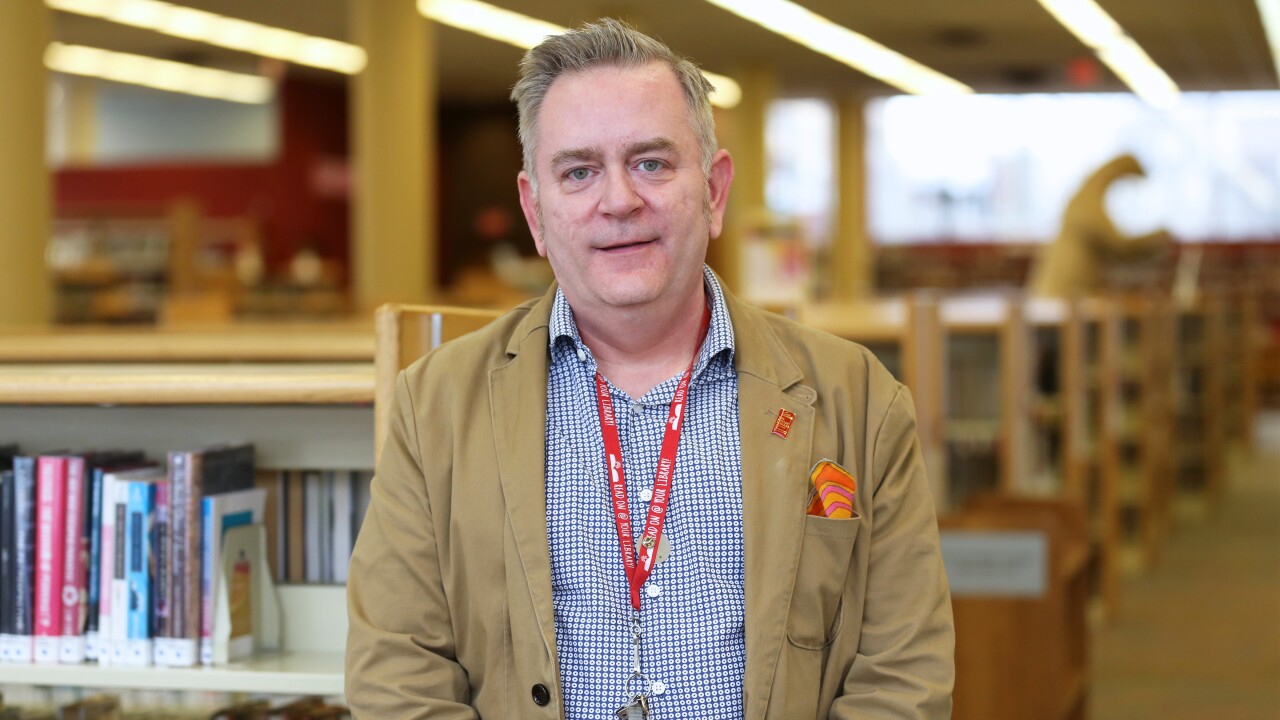 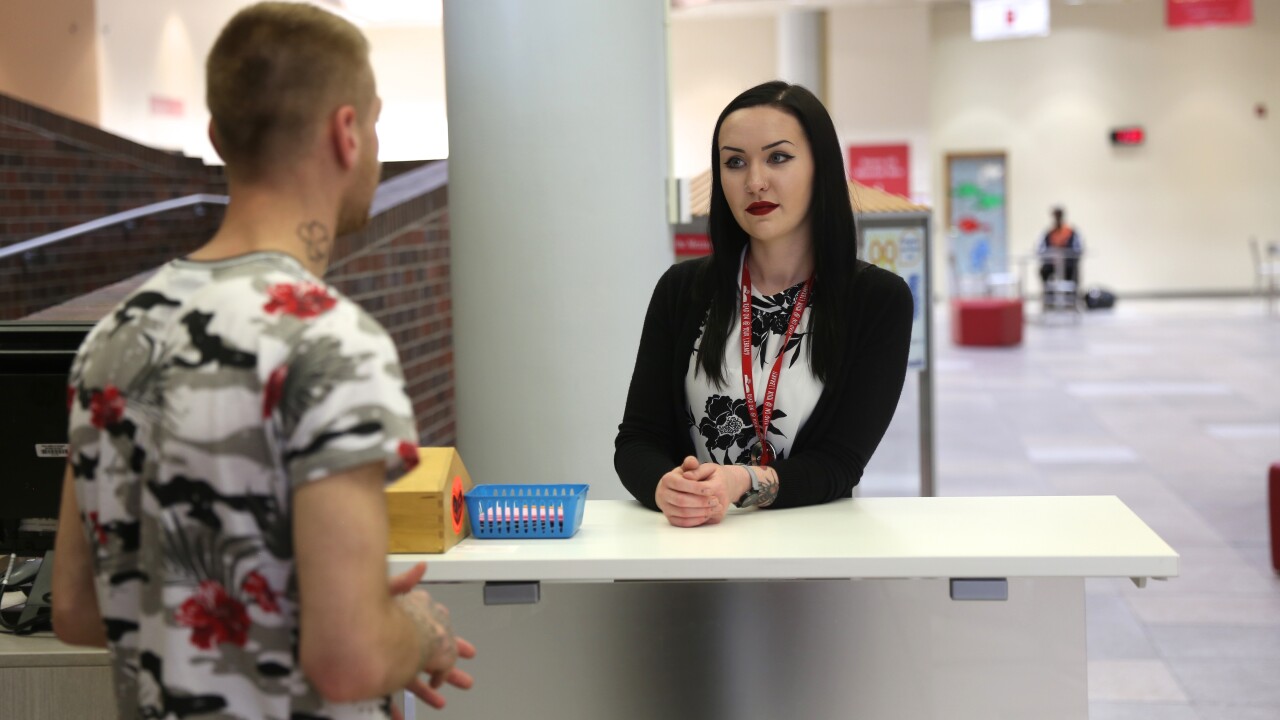 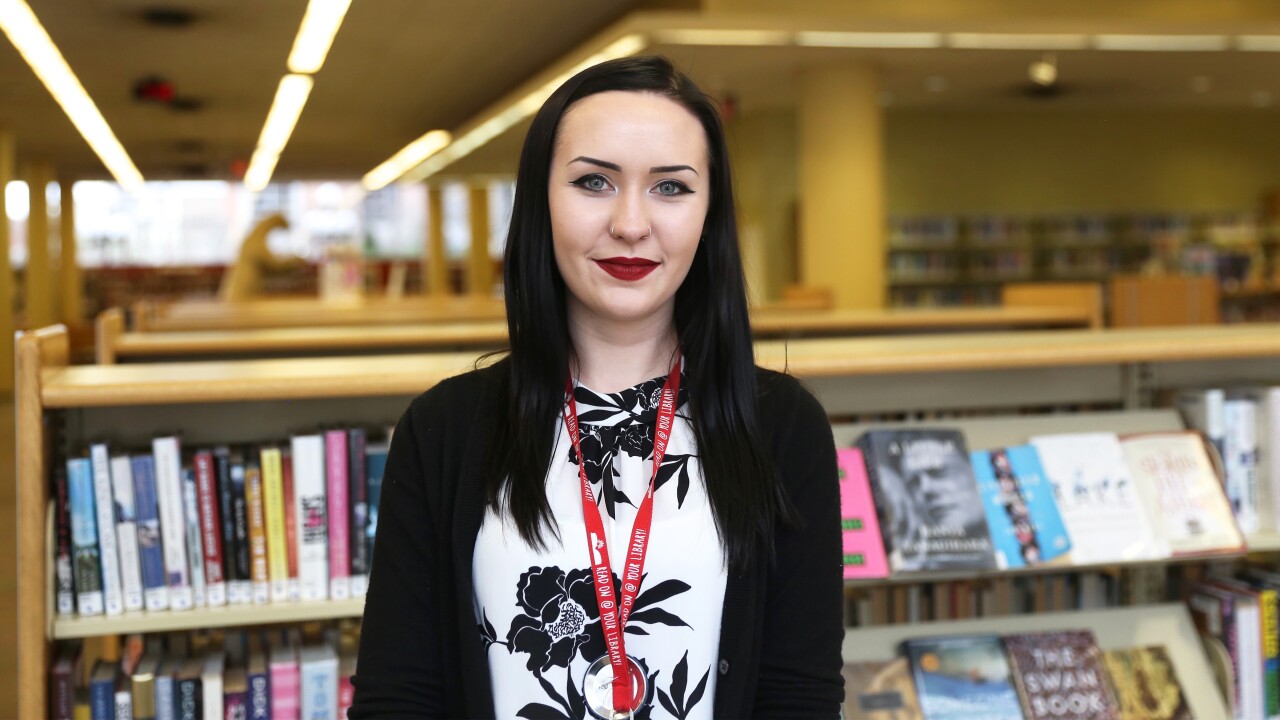 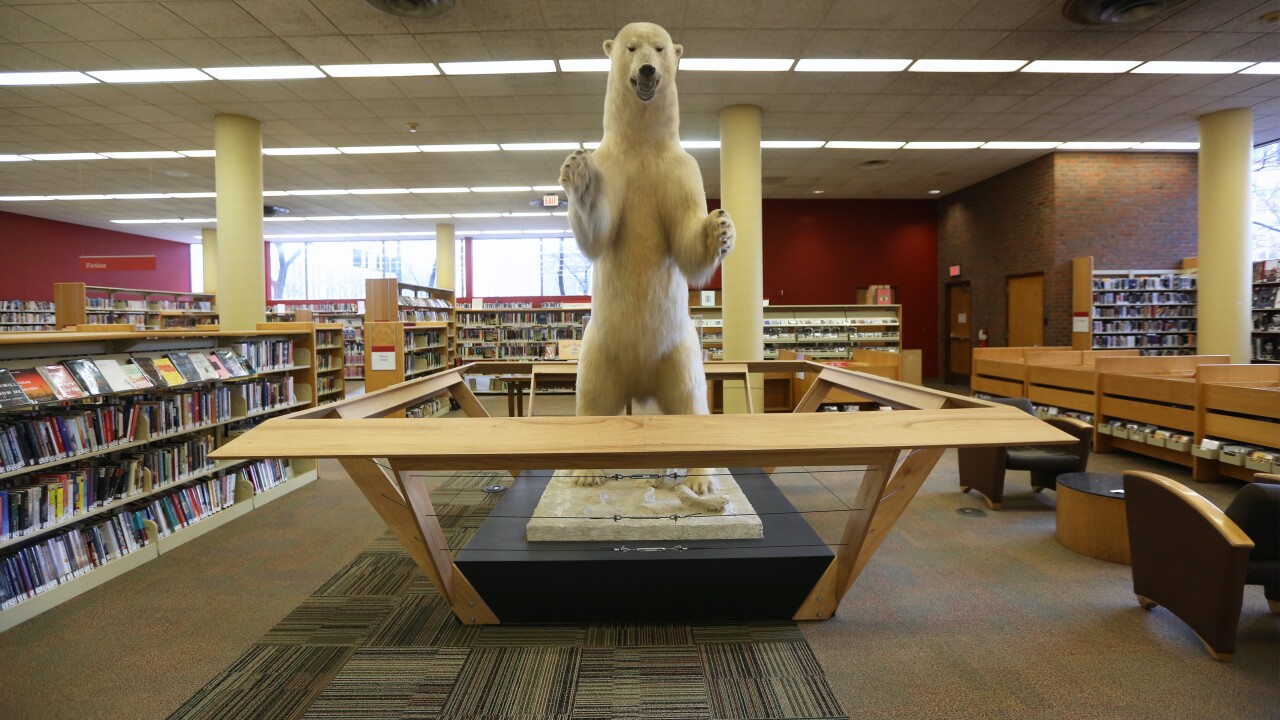 CINCINNATI — There was a time when Joseph McCulley relied on the Public Library of Cincinnati and Hamilton County for some of his most basic needs.

He was homeless and sleeping outside.

The Main Library at Eighth and Vine streets Downtown was a safe haven, he said, a place where he could stay warm and dry, use the bathroom, read books and spend time on the computers.

Now McCulley lives with his grandmother in Taylor Mill, Kentucky. He still visits the library every weekday after he finishes his shift at a Downtown sandwich shop.

He has plenty of company there. The Main Library logged more than 1 million visits in 2017 and nearly 900,000 in 2018. People go there to read books and periodicals, check out DVDs and use the computers. They also take a break from the elements, socialize with friends and charge their cell phones.

“The fact that our library has made the conscious decision to be welcoming to homeless people to some extent goes in the opposite direction of what other people’s knee-jerk reaction is,” Finn said. “Quite frankly, I think they deserve a lot of credit for that.”

The library has worked for years to become more welcoming to people experiencing homelessness, first under the leadership of director Kim Fender, who left last year, and now under her successor, Paula Brehm-Heeger.

“We’ve all seen an increase, sadly, in the poverty rate, challenges for people and people experiencing inequities, just in our communities,” said David Siders, the library’s civic engagement coordinator. “Traditionally, libraries have been: 'You want to learn more? Come check out a book.' Now it’s more, 'How can we help you? How can we help your quality of life?' We’re not diminishing the value of books, but we’re enhancing our services.”

‘They know me here’

Those enhanced services include a pilot project in March, where the Main Library invited social service organizations to set up tables in the atrium. The goal was to provide information, answer questions and make referrals related to mental health, addiction and recovery, health and nutrition, among other services, Siders said.

“The agencies were thrilled to participate because they are intent on meeting people where they are at the point of need,” he said.

The pilot project also helped the library figure out how to make better connections with its regular visitors, Siders said.

“We see people every month,” he said. “It’s moved from a reference transaction to building relationships, greeting folks and welcoming them back.”

Anthony Bates lives a block away from the Main Library and said he thinks of it as his second home.

“I come to the library most every day,” he said. “And I love it here.”

The library staff knows him so well that staff members have come to his aid when he has had trouble with his Type 2 diabetes, he said.

“Sometimes my sugar goes low, and the library, they know me. They know me here,” Bates said. “We’re all a big family here, and this is what I love about this library.”

That sense of community is an important part of why Correna Kuhl enjoys working at the library, she said.

“My primary love here has always been the customer interaction,” said Kuhl, a senior library services assistant. “We have people who are here every day. They depend on us to be here.”

Lots of visitors use the free faxing service the library offers for to get documents to Hamilton County Job & Family Services, she said. Library employees help visitors find phone numbers for organizations they need to reach and print out their Greyhound bus tickets, too.

Library staff also help people who aren’t familiar with computers use them to find forms online or fill out job applications, she said.

Sometimes the library takes its services on the road, too.

Kuhl is involved in a program with the Hamilton County Justice Center’s reentry pod, which works to connect inmates with community resources before their release.

She is part of a team that visits the reentry pod weekly. While there, they explain the resources the library offers and bring articles to read together and discuss.

“Often times, those discussions get really vulnerable and emotional,” she said. “We talk a lot about empathy for ourselves and forgiveness and how to move forward.”

Echoes of ‘The Public’

Because of the relationships the library builds, a lot of people go directly to the Main Library after their release from incarceration, she said.

The library helps them with everything from figuring out how to replace IDs or get a copy of a birth certificate, to applying for food assistance and providing a list of companies that are open to hiring people with felony convictions on their records, she said.

“The entire process of reentry can be really complicated,” she said.

The work is different from what many of Kuhl’s friends envision when she tells them she works at the library, she said.

“They usually say, ‘Wow, you’re so lucky. You get to sit around and read books all day,’ which never happens and has to be the most clichéd thing,” she said. “The work I do is actually way more rewarding and always a surprise when I talk about it.”

In many ways, it’s a lot more like the way the library is depicted in “The Public.” Written, directed and starring Emilio Estevez, the movie was filmed in Cincinnati and takes place at and around Downtown's Main Library. Estevez plays a librarian who allows people experiencing homelessness to stay in the library during a cold winter storm after discovering that emergency homeless shelters are full.

“One of the hardest things I think to do is lock the doors and leave at night when it’s very cold outside,” she said. “It’s hard to watch people go out into the cold and not know what’s going to happen to them.”

As hard as that is, though, Siders and Kuhl said they appreciate the library’s broader mission and being able to make a difference in people’s lives.

People like a woman Kuhl met last summer who was living on the street with her husband.

The woman had just moved back to Cincinnati and was trying to get a library card. In the hour and a half that Kuhl worked with her, she learned a lot about the woman’s life and the traumas she had experienced.

“I saw her every day after that,” Kuhl said. “Then I didn’t see her for a while.”

Finally the woman came back to the library. Kuhl wasn’t working at the desk, but the woman asked for her by name.

“There she was,” Kuhl said. “She said, ‘Correna, I got housing. I moved into my apartment. I came here to upgrade to an unlimited card, and I wanted you to do it because you know my story.’”

Kuhl was happy to help, she said, and relieved to see the woman again.

“Sometimes people just disappear, and you don’t know where they went,” she said. “And after years of forming rapports with some of these people … you notice when they’re not here anymore.”

More information about the Public Library of Cincinnati and Hamilton County and its services and programs is available online.