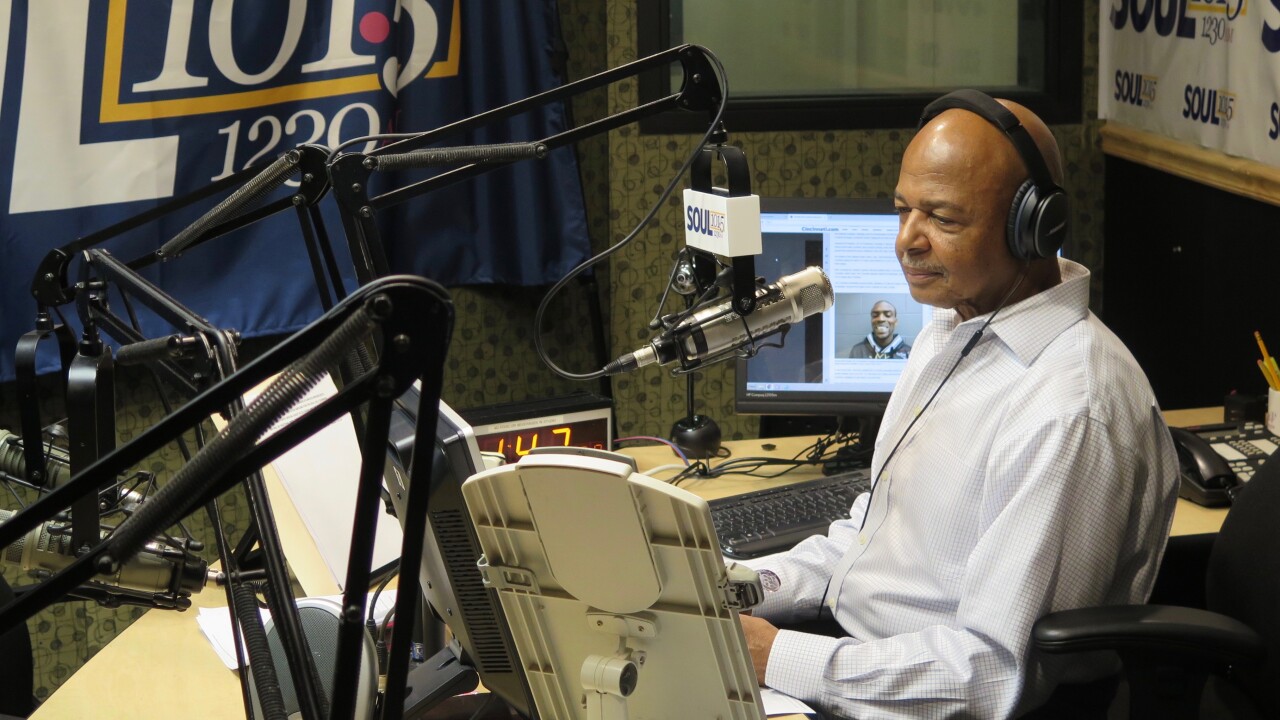 Lucy May | WCPO
Lincoln Ware has been on the radio in Cincinnati since 1973.

CINCINNATI — When Lincoln Ware started his career as a disc jockey here in 1973, WCIN was celebrating two decades on the air in Cincinnati.

That 1953 start made Ware’s employer the oldest black-format radio station east of the Mississippi River, he said, and it was one of the three oldest in the nation.

“When I started there, their top of the hour ID was '20 years of being black in Cincinnati,'” Ware said.

WCIN is long gone. But Ware remains a voice for black Cincinnati as a talk radio host on Soul 101.5/ 1230 AM and takes pride in the fact that he has been on the radio longer than any African American host in the history of Cincinnati radio.

To survive and thrive in the ever-changing media industry, Ware said he and his employers have had to change with the times.

The conference gives Cincinnati a chance to show off its urban Renaissance at the same time it celebrates its black media history.

“We’re super excited about that,” Nyokor said. “It’s just going to give us an opportunity to connect some of the old with some of the new.”

That history dates back more than a century before WCIN.

‘It belongs to the community’

Gerald Porter started The Cincinnati Herald in 1955. He died in 1963 after being seriously injured in an automobile accident. The first hospital he was taken to wouldn’t treat him, Lemon Kearney said. By the time he arrived at a hospital that would, she said, he could not be saved.

His widow, Marjorie Parham, and her son took over the paper and ran it until Sesh Communications purchased it in 1996.

Sesh Communications has changed with the times, Lemon Kearney stressed, ensuring that its publications have a presence online and on social media. The company hosts a number of successful community events each year, too.

But The Cincinnati Herald and its sister publications, The Dayton Defender, The Northern Kentucky Herald and Sesh Prime, continue to be important to their readers for two key reasons, she said.

“It’s, one, advocacy, and, two, telling our own story,” Lemon Kearney said. “It’s so important to have that outlet and to be that forum for so many voices.”

It’s also important for general audience newspapers, radio stations and network-affiliated TV stations to include African American voices, said Clyde Gray, the longtime 9 On Your Side news anchor who is now co-host of the station’s weekday morning “Cincy Lifestyle” show.

Media outlets such as WCPO 9 On Your Side have for years worked to employ a more diverse staff to report and deliver the news, said Gray, a main anchor for 9 On Your Side’s newscasts from 1991 until 2014 and one of the region’s most high-profile African American journalists.

“I was not trying to be a poster boy for anybody," he said. "I was just trying to be a dude who got it right and kept getting paid. But over time I came to understand that, for a lot of people, I was the first African American invited into their homes.”

Gray said he always has been aware of the important role that minority journalists play within general-interest news organizations.

“I think journalists of color stand in the breach and kind of say, ‘Well, actually, yes, you have a perspective. But there’s a perspective over here that you may not be aware of,’” he said. “As a black man who’s a journalist, I came to my job every day with a different cultural experience than most of my co-workers had. No judgment attached to that. It’s just different. I think there’s some value to it when a guy like me brings those experiences to work.”

“Here’s the nice thing about it: You can just change the radio dial or pick up the paper to understand issues that are important to them,” he said.

And in times of community crisis, those media outlets can be critically important.

Ware, for example, was widely praised for the way he handled coverage of the 2001 civil unrest after a white Cincinnati police officer shot a 19-year-old unarmed black man.

It’s been 18 years since that fatal shooting when Ware found himself reporting from the streets of Over-the-Rhine, he said, rushing to stay ahead of the anger and the police. In that time, he said, he has had to reinvent himself as the media industry changes continuously.

“If you get left behind, you’re left behind,” he said. “You’ve got to diversify yourself. You can’t just put all your eggs in one basket.”

It’s what surviving and thriving is all about, he said.

More information about the National Association of Black Journalists Region II conference is available online, and registration is available at the door.