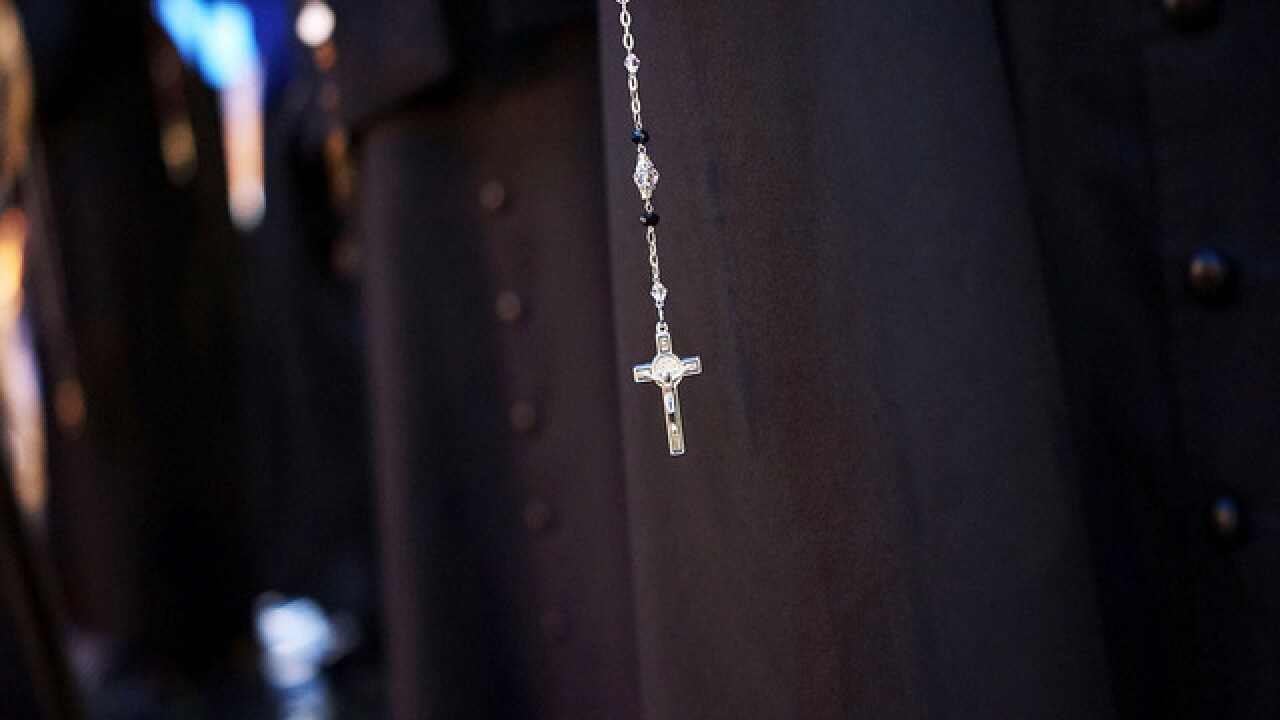 Ohio's largest Roman Catholic diocese will join three other dioceses in the state and release a list of priests who have been removed from their posts because of sexual abuse and misconduct allegations.

The Diocese of Cleveland's list will include the names of abusive priests, even if they are now dead, church officials said Tuesday.

The diocese since 2002 has been announcing the names of clerics removed from ministry because of sex abuse allegations, said diocesan spokesman Jim Armstrong. Its website includes 29 names, with some of the allegations going back decades.

"It would be wrong to suggest that the Diocese of Cleveland has not committed to release the names of clerics accused of sexually abusing a minor or that it desires to keep secret the names of such clerics," Armstrong said.

The new names to be added will go back as far as the diocese's records permit, Cleveland.com reported. The diocese hopes to release an updated list very soon, Armstrong said.

Three Ohio dioceses announced in recent weeks plans to release lists of priests who have been removed from ministry comes after a lengthy Pennsylvania grand jury report that in August listed the names of more than 300 priests and outlined the details of sexual abuse allegations.

The Diocese of Columbus said last week it would release a list in the next few months that will include the names of clergy who have been credibly accused of abuse, whether they are living or dead.

The Youngstown diocese and Steubenville's diocese also have committed to releasing the names of abusive priests.

The two remaining dioceses in Ohio — Cincinnati and Toledo — say they already make it a practice to release the names of priests who have been removed, although it's unclear how far back those lists reach.

The Cleveland diocese is Ohio's largest, with nearly 700,000 members.

It provided Cuyahoga County prosecutors all relevant files during a grand jury investigation similar to Pennsylvania's in 2002, Armstrong has said.

Unlike Pennsylvania, prosecutors in Cleveland never produced a report about the grand jury's findings.

In a 2003 court decision denying a request to release the records presented to the grand jury, a Cuyahoga County said that prosecutors had identified more than 1,000 possible victims of sexual abuse and 496 possible offenders, including 143 priests. Sixty four of the priests were living in the Cleveland area at the time.

Also this week, a Roman Catholic diocese in Connecticut announced it has chosen a retired state judge to lead an investigation into sexual abuse of children by priests.