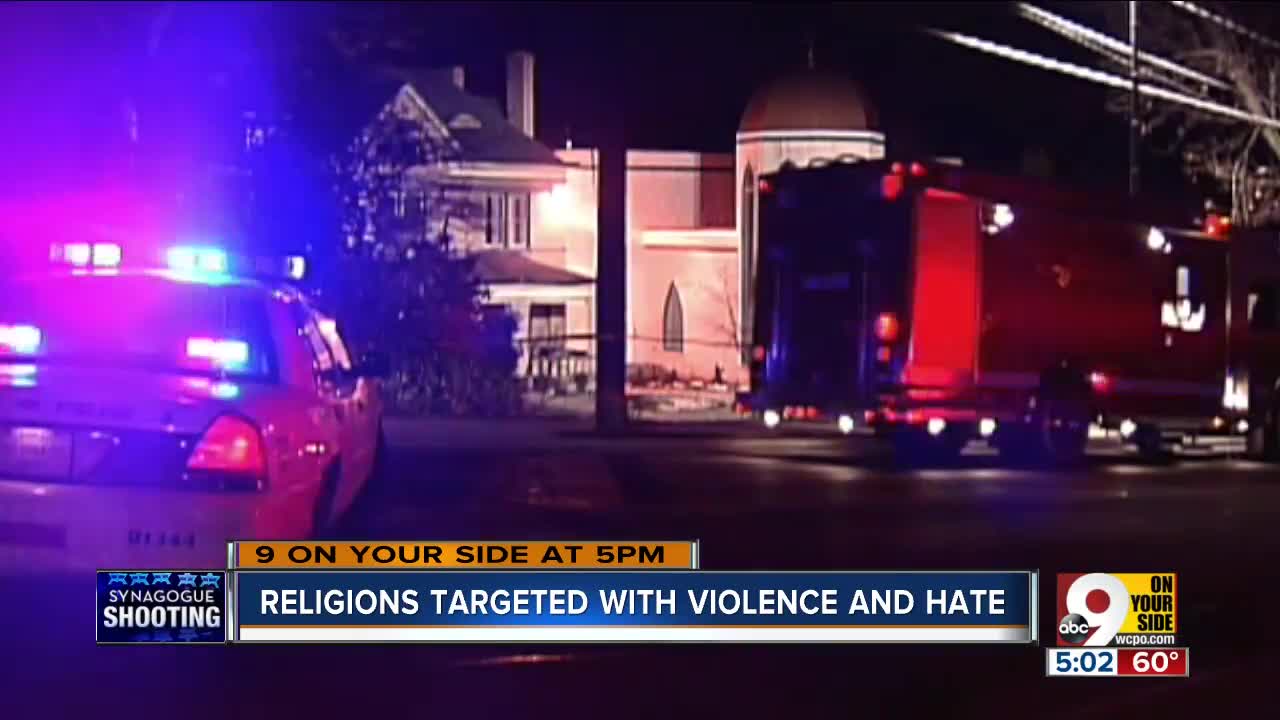 Instances of hate crime, especially against Jewish people and organizations, have increased nationwide this year. In the wake of a shooting that killed 11 people in a Pittsburgh synagogue, local Muslim and Jewish leaders are working to reassess security in their houses of worship and make sure their congregants are safe. 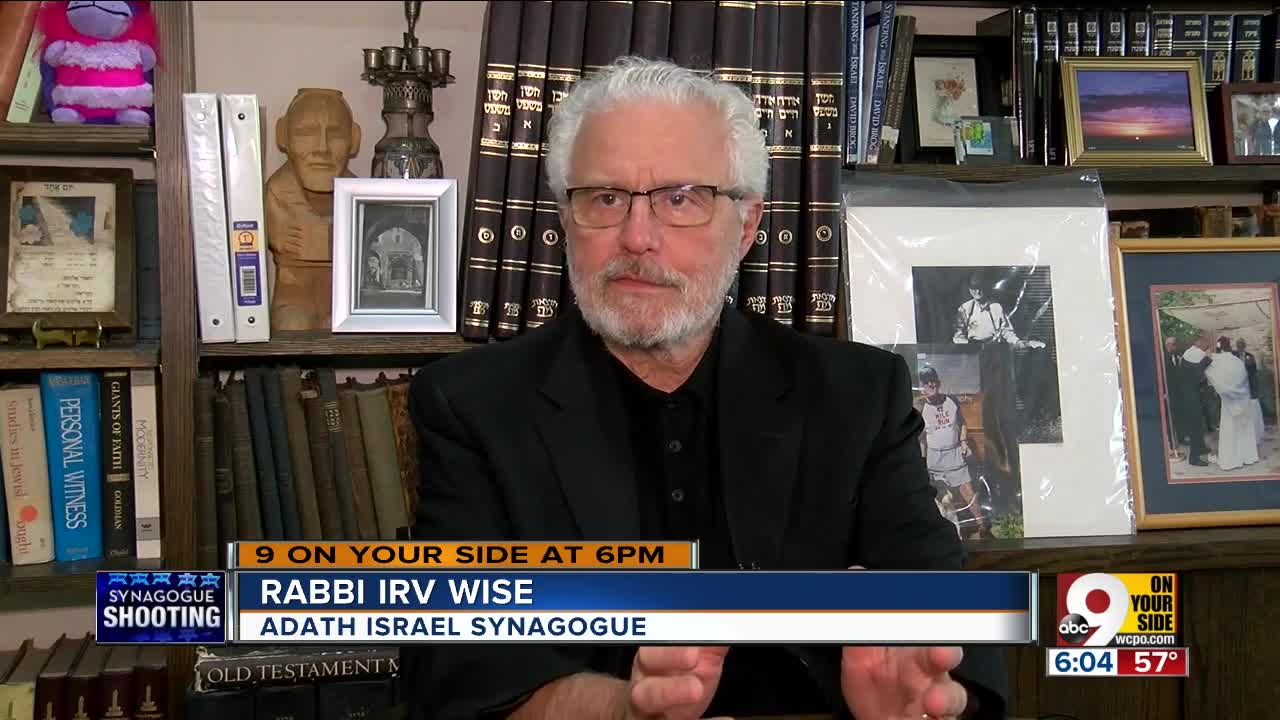 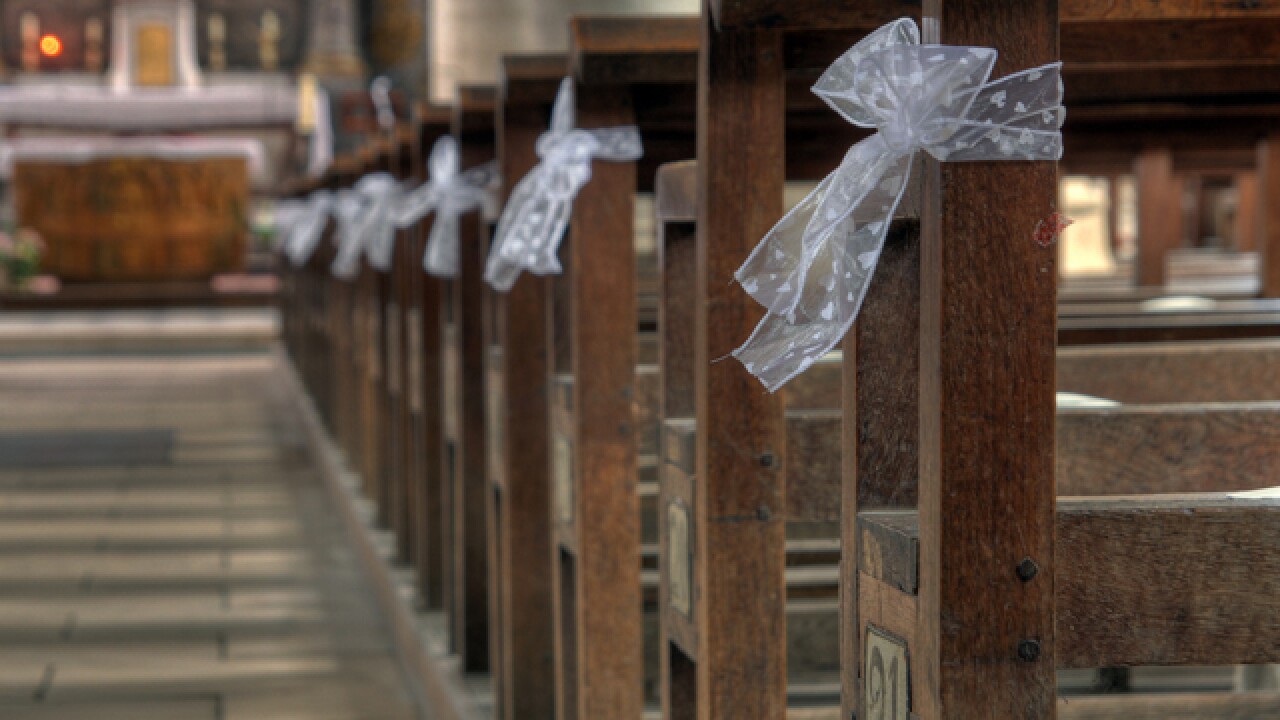 CINCINNATI -- Father Steve Angi had a simple message for parishioners Sunday at St. Louis Church Downtown. He took it from the prayer for reconciliation.

"In that prayer, it indicates that hatred should be replaced by love, and vengeance should give way to forgiveness," he said.

There were prayers for the victims of a shooting at a Pittsburgh synagogue, where a gunman killed 11 people Saturday.

There were also messages about staying safe here in Cincinnati. The church hires off-duty Cincinnati police officers for Saturday and Sunday security.

There was also another Sunday message focused on the songbooks found in every pew.

"What I instructed them was to take the songbook if a shooter comes in and throw it in the direction of the shooter, because with so many songbooks coming at you, it's going to back you up, pause you," Angi said. "Actually, it's probably going to minimize the casualties as well."

That could give law enforcement, many of whom are church members, time to respond.

"We have Jewish day schools here. We have synagogues here. We have the Jewish Community Center here," he said. "All of these are potential targets, so we want to make sure that all of those facilities are adequately secured."

Plans are being reviewed and tweaked as needed.

"I don't want to go into the specifics of the plans, but obviously we are doing what we think needs to be done in order to protect the safety of our community," Spiegal said.

President Donald Trump has suggested that lives could have been saved if the Tree of Life Synagogue in Pittsburgh had armed security guards.

Spiegal said he hopes it never comes to that.

But they also don't want to take a chance that violence could happen locally again, as it did in 2005 when two pipe bombs exploded at the front door of the Clifton Mosque.

That attack happened at night and nobody was hurt, but the crime remains unsolved. It sent chills through the community.

"Absolutely it did — to have a house of worship bombed with two pipe bombs — it could have been any of us (who were hurt)," Karen Dabdoub said.

Dabdoub heads the Cincinnati Council on American-Islamic Relations. She also recalled hatred directed toward the Islamic Center in West Chester.

"They've been threatened with bomb threats, with mail threats, with entering during a worship service and screaming all kinds of horrible things," she said.

The Pittsburgh attack and other hate crimes are why CAIR is urging that the political rhetoric be toned down.