'I don't remember six months of my life' 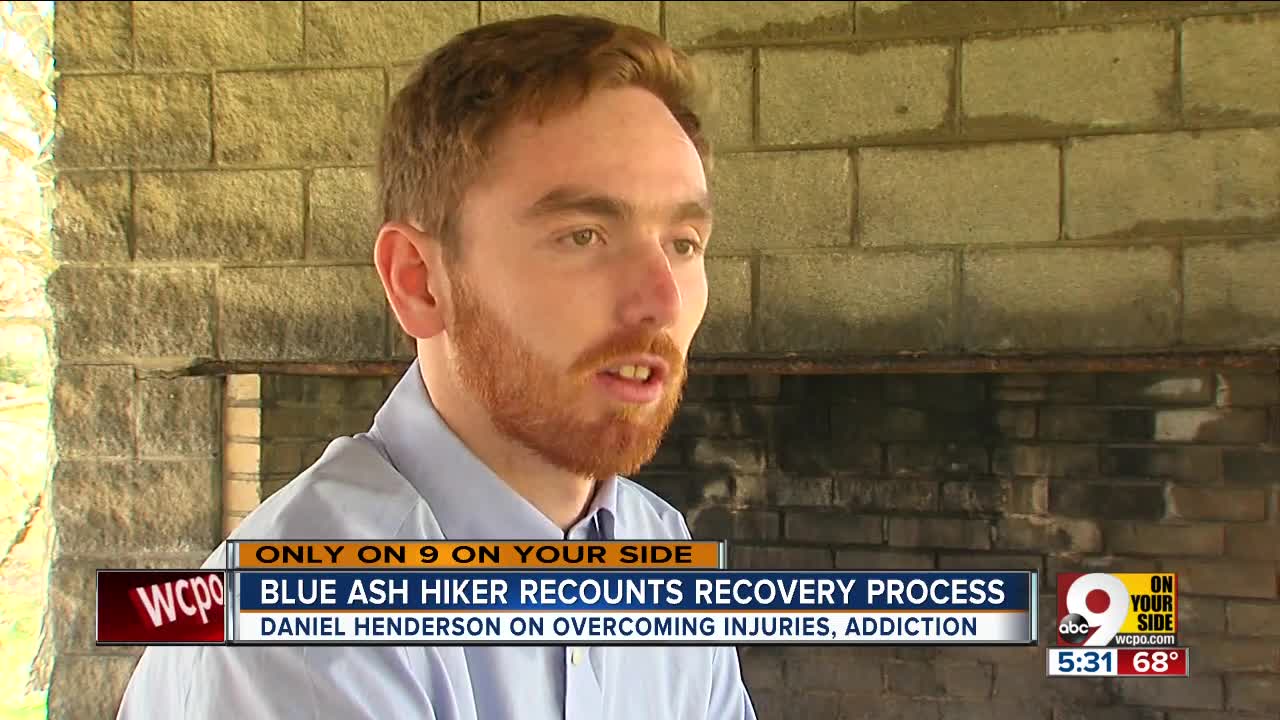 Daniel Henderson died at the hospital after falling 200 feet off a cliff in Utah. But recovering from those injuries wasn't the hardest thing he has done. 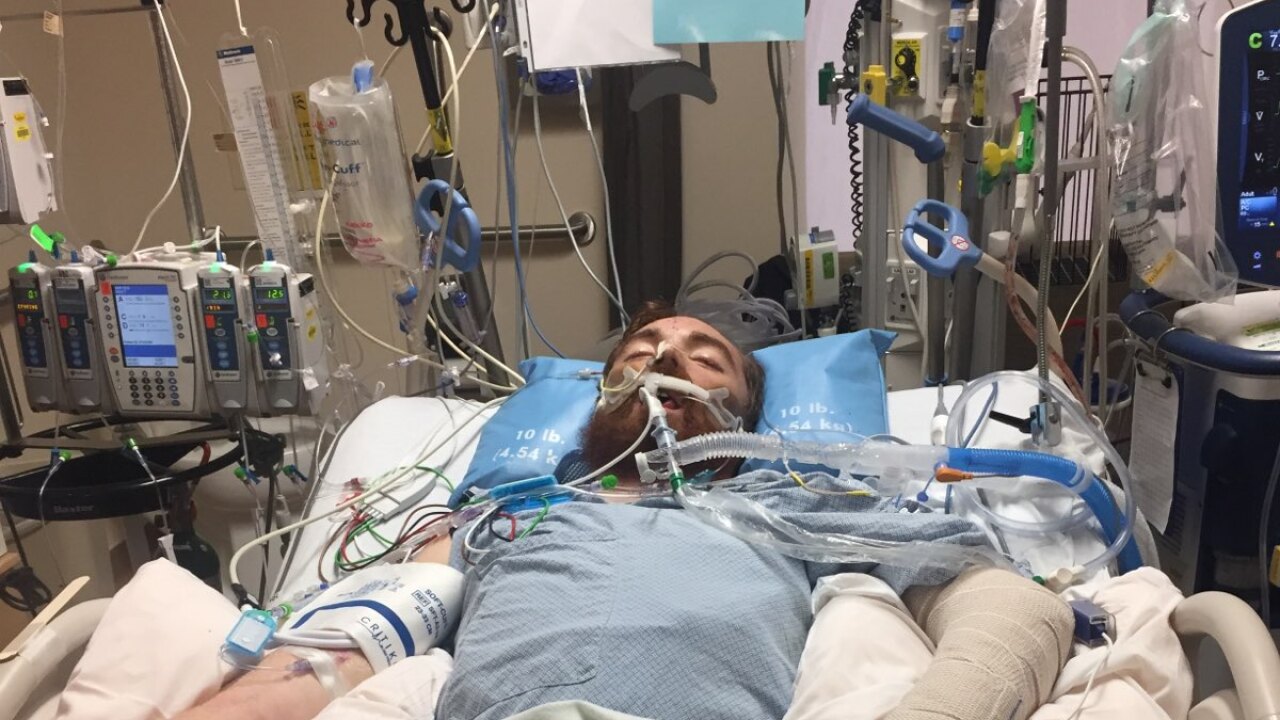 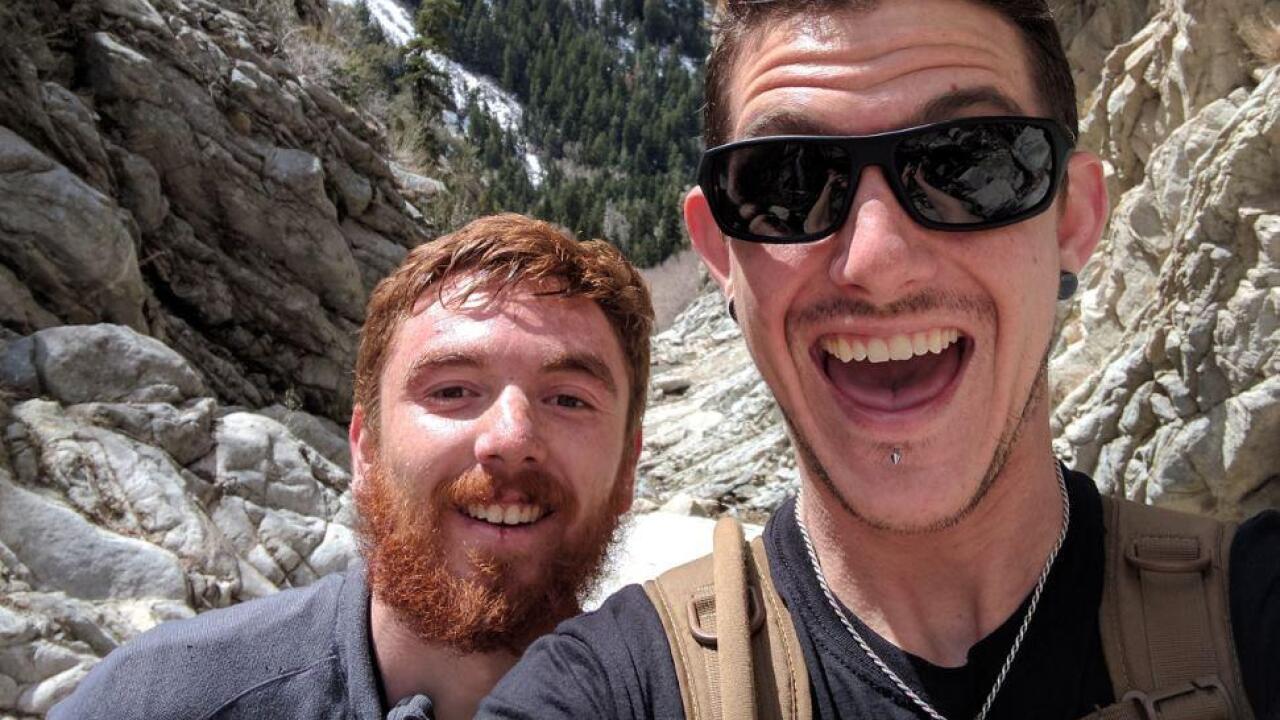 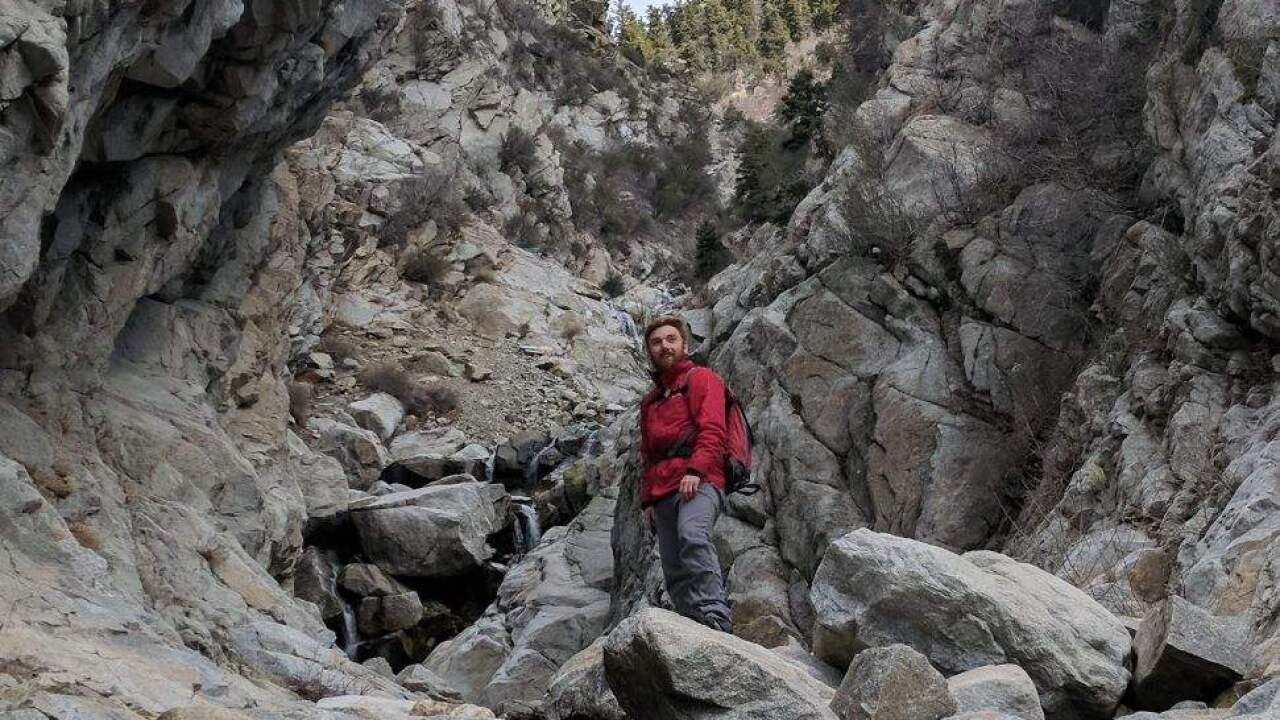 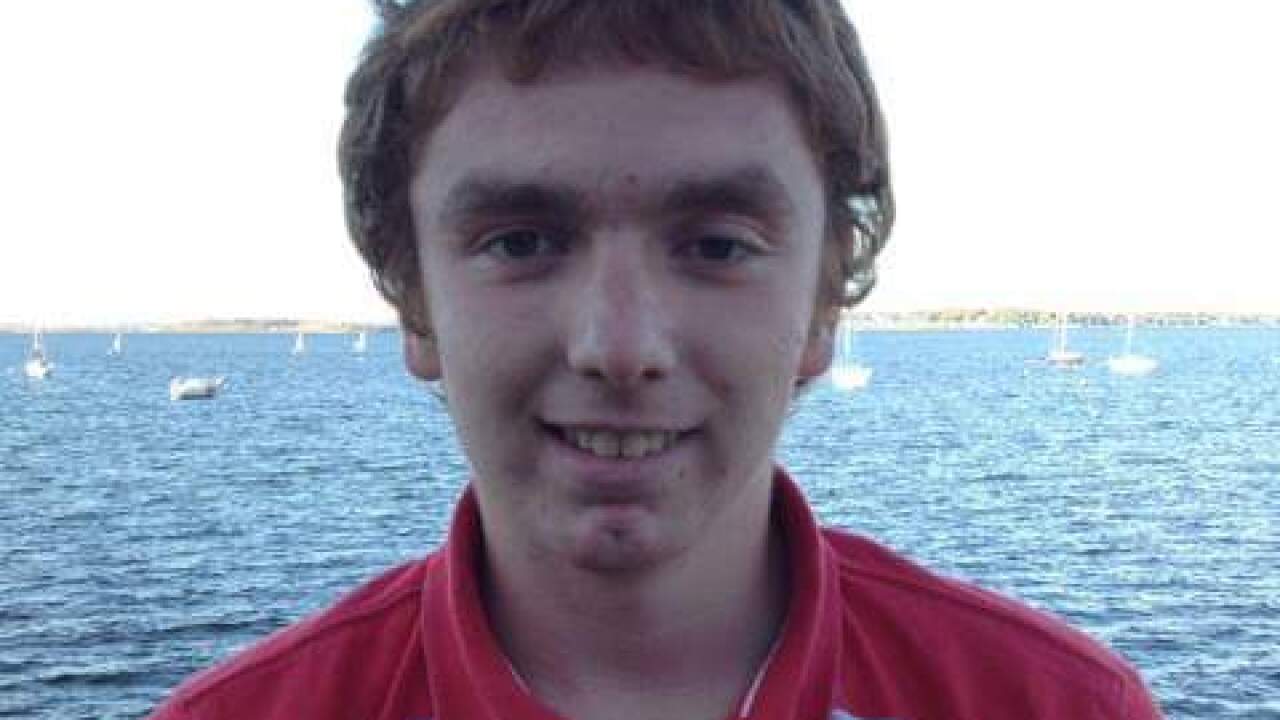 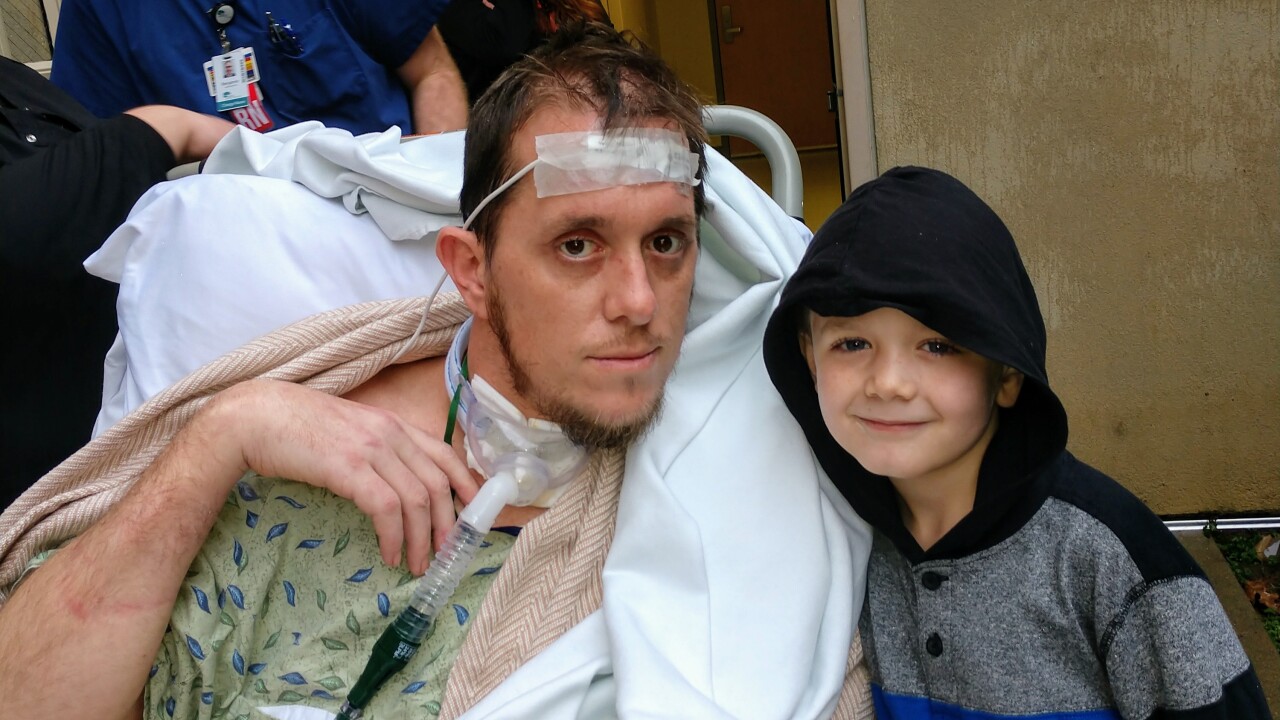 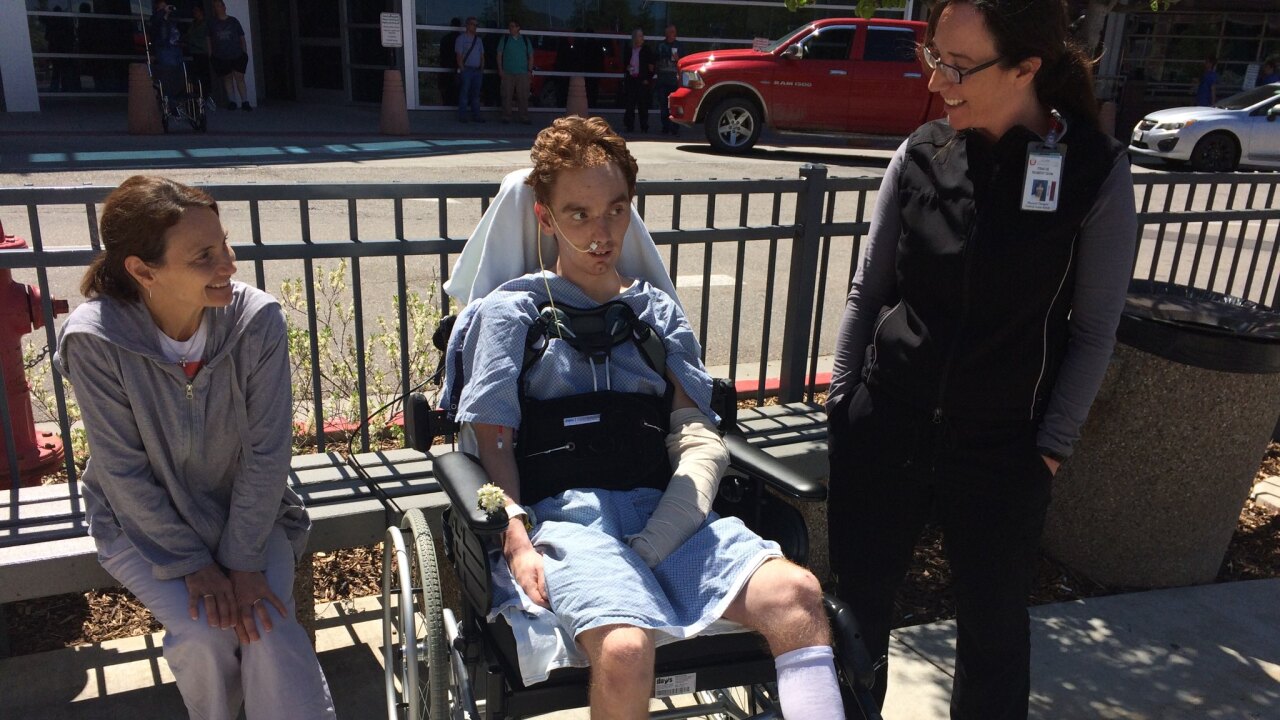 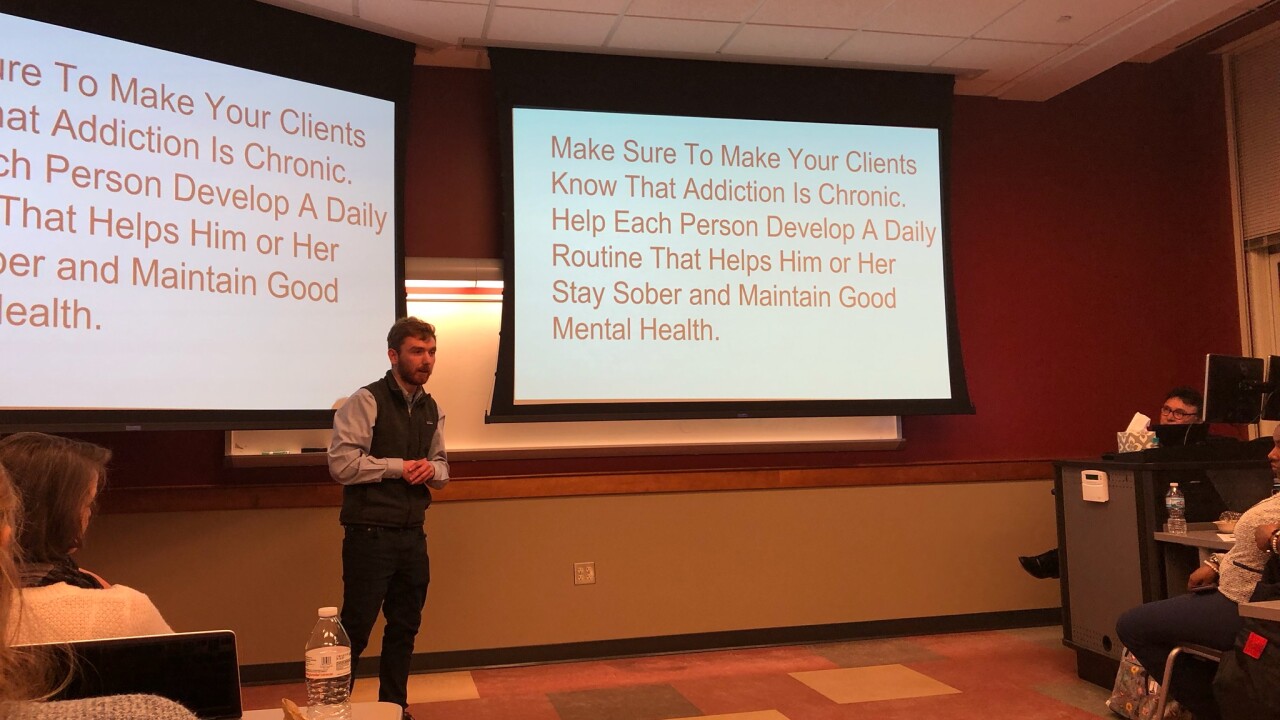 BLUE ASH, Ohio — When a rescue helicopter lifted Daniel Henderson’s broken body out of a Utah canyon, his survival was far from certain.

Henderson’s lungs had collapsed, and he was covered in blood. All the bones in his face were broken, along with nearly every bone on the left side of his body from the waist up.

He had a heart attack, then had a stroke and was in a medically induced coma for three weeks. When Henderson finally woke up, he had to deal with the aftermath of a traumatic brain injury.

As difficult as all that was, though, Henderson said his recovery from falling 200 feet was nothing compared with what he had already been through.

“My battle with addiction and mental health was a lot harder than my fall and recovery,” said Henderson, who grew up in Blue Ash. “I used my experience and the resilience I learned through treatment to get through this experience.”

Now Henderson is sharing his story of recovery and launching a business to help others who are struggling, whether that struggle is with addiction, mental illness or a traumatic brain injury.

“He’s very inspirational,” said Tracy Thomas, whose son suffered a traumatic brain injury in November and has been getting help from Henderson. “I truly know now why he did not pass away that day (in Utah). God had plans for him and had things for him to do, and this is one of them.”

Her son, Doug Strotman, hurt his head the day after Thanksgiving and has been in the hospital since. Strotman has made progress, Thomas said, but his short-term memory is shot and he still has a long way to go.

Thomas met Henderson after leaving an online comment about another person who had been injured. Now she goes to church with him and his mom each week and counts on the daily inspirational messages Henderson sends her.

“He is just a go-getter,” Thomas said. “He is willing to help anybody, any time of the day and night. I call him my little angel.”

Wes Dietlein was with Henderson the day he fell.

The two men had met in Salt Lake City, Utah, at Alcoholics Anonymous meetings there. Dietlein was in Utah to get treatment for his alcoholism. Henderson had been sober for a few years and had a job at a treatment center called Wasatch Crest.

Dietlein was struggling with painful cluster headaches and was starting to become depressed, he said. To cheer him up, Henderson suggested they go for a hike.

“We found a cool place to hike up along the canyon. We were trying to find an area that wasn’t covered in snow,” Dietlein said. “It was absolutely beautiful.”

They hiked up Little Cottonwood Canyon near Lisa Falls, passing a series of waterfalls to reach a tree at the top of the ridge. They stopped and then looked for an easier way down, Dietlein said, because they worried the same path would be too slippery.

The two friends were “bushwhacking” their way down the canyon, he said, but nothing felt extreme or dangerous.
Then Henderson vanished from view.

“It happened very fast,” Dietlein said. “Some rocks broke out underneath his feet. I see him slide on his belly, and he just disappeared.”

Dietlein rushed to the spot where the rocks slid away. When he finally saw where Henderson had landed, Dietlein said he feared the worst and immediately called 911.

“He was face down, and I remember telling the 911 dispatcher, ‘I think he might be dead,’” Dietlein said.

By the time Dietlein made his way to his friend, Henderson had rolled over. He was alive, but Dietlein could hear a gurgling sound coming from his lungs.

The complicated rescue required a helicopter because Henderson was so badly injured. By Sunday, police described his condition as “touch-and-go.”

The facility thought of Henderson as family, she said.

The staff prayed for him, made him meals and visited him in the hospital, she said. After he got better, Wasatch Crest invited him to share his story with clients there.

“We decided it would be wonderful inspiration,” Stine said. “If you can live through that and not use drugs again or drink, you’ve pretty much got this thing down called life.”

Henderson started drinking as a teenager, he said, as a way to cope with his anxiety and depression.

“It filled that void,” he said. “When I was intoxicated and drunk, all my problems went away.”

Until the drinking made his problems worse.

Henderson spent time in jail and psychiatric hospitals. He tried a number of different treatment centers and was homeless for about four months, he said, often sleeping under a bridge in Covington.

“I had the option to accept help, but I couldn’t picture life without alcohol and drugs,” he said.

Henderson’s parents had an intervention with him when he was 18. They sent him to a treatment center in California where he received clinical care and learned how to enjoy life without drinking or smoking weed.

“They helped me have fun in sobriety. They helped me find a life that I loved,” he said. “It was a huge relief to me to know there is a way out.”

‘Miraculous in a way’

Before long, Henderson started working in the recovery industry, embracing the ability to help other people with addictions.

“In recovery, we have to work really hard to find gratitude and be of service to others, and he has embodied that and he embraces our mission of living each day grateful,” Stine said.

Henderson has started his own business called Recover Wisely, which offers substance abuse treatment consulting and recovery coaching. The goal is to help people with addictions find the treatment facilities that will work best for them and to help people through the process, he said.

He also speaks to groups about his dual recoveries — from addiction and from his fall — even as he continues to receive treatment from the Lindner Center of HOPE for his mental health problems and to continue to heal his brain.

Chris Tuell, the clinical director of addiction services at the Lindner Center and an assistant professor of psychiatry and behavioral neuroscience at the University of Cincinnati, asked Henderson to speak to his chemical dependency class.

“For the injuries he had and for him to be where he is today after only a year is really miraculous in a way,” Tuell said. “You can see how well he’s doing, and so his story can certainly reach a lot of people when they feel like they’ve been confronted with a very challenging part of their lives to maintain their sobriety or seek sobriety.”

In May, Henderson will fly to Kansas City, Missouri, to tell his story to Angela Pugh for her Addiction Unlimited podcast.

“I’m very much about the empowerment of being an addicted person and living a life of recovery," Pugh said. "I like to share those stories of victory."

Henderson contacted Pugh to ask about being on the podcast, and she jumped at the chance after learning his story, she said.

“As addicted people, it does feel overwhelming a lot of the time because we are battling so many pieces of the puzzle,” Pugh said. “And when you do hear a story like Daniel’s, it really puts your struggles into perspective.”

At only 22 years old, a little more than four years sober, and barely a year removed from the fall that nearly ended him, Henderson has done more surviving than most.

Stine said she couldn’t wait to see what’s next for him.

“That’s what’s so exciting about recovery,” she said. “Once you’re in, you’re just never sure where it’s going to end.

"Not too many have the drama his story has.”

Henderson also is trying to help Tracy Thomas raise money for her son’s financial obligations. They have a GoFundMe campaign that is still raising funds.