Unprompted: Here's what you don't know about Roebling bridge 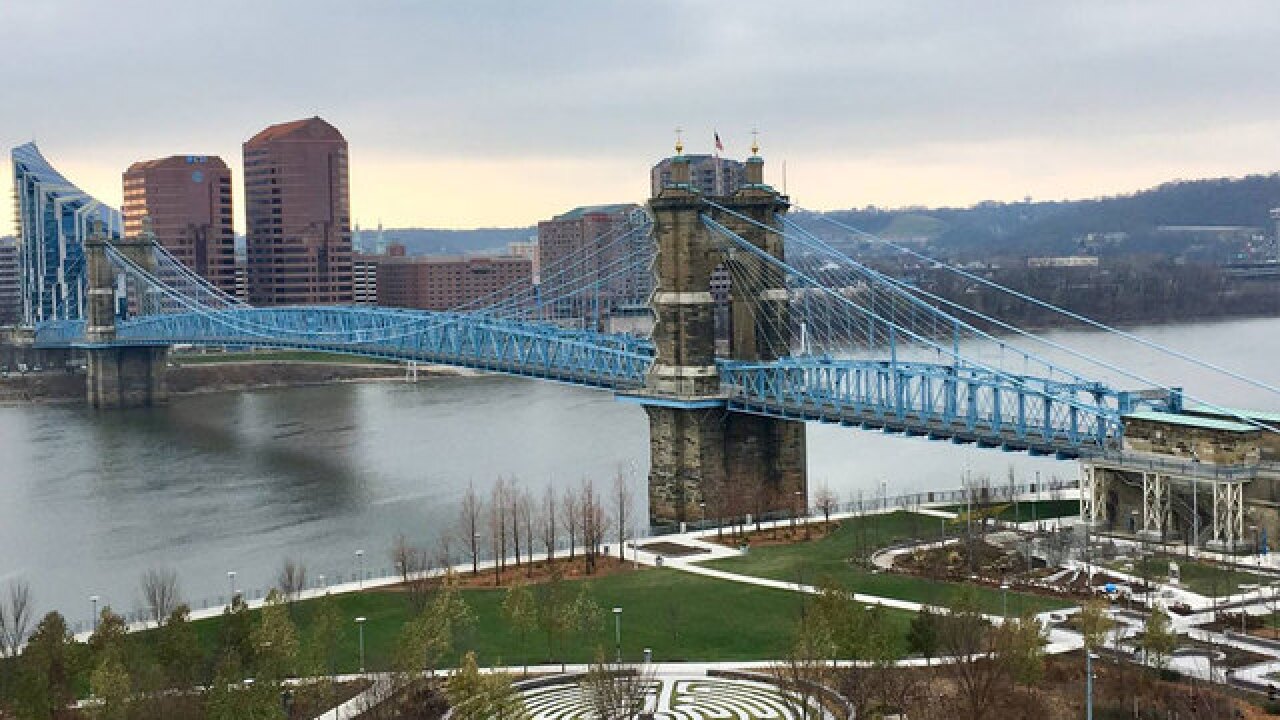 The Roebling Suspension Bridge is one of the most iconic sights in Cincinnati. In this episode of Unprompted, Kathrine Nero and Chris Riva explore three different viewpoints of the bridge.

Just a block or so from the foot of the bridge in Covington is a store that's now Roebling Point Books and Coffee Company. The independent book store and publishing company started as the offices for John Roebling in the 1800's as the bridge was being built.

Owner Richard Hunt sells and publishes books on Covington and Cincinnati history, and on the history of the Roeblings -- and his famous bridge.

Next stop: a visit with Henry Peters at the Ascent at Roebling's Bridge. The swirling, contorted blue and white condo building was constructed as a modern, vertical equivalent to Roebling's Civil War era bridge. Peters is with the nonprofit group that makes sure the Roebling looks its best, maintaining the famous necklace lights that make this bridge so beautiful in pictures and video.

And that brings us to Dwayne Slavey, a photojournalist at WCPO - 9 On Your Side and Dwayne Slavey Photography. Many of us have snapped a couple of pictures of the bridge on our phones, posted them to Instagram and called it a day. But Slavey takes a different angle; quite literally sometimes. Learn his tricks of the trade after years of taking photos and videos of one of the most photographed spots in Cincinnati and Covington.

Listen to "Unprompted" in the audio player above.