Dealership pays off repossessed car for customer with cancer 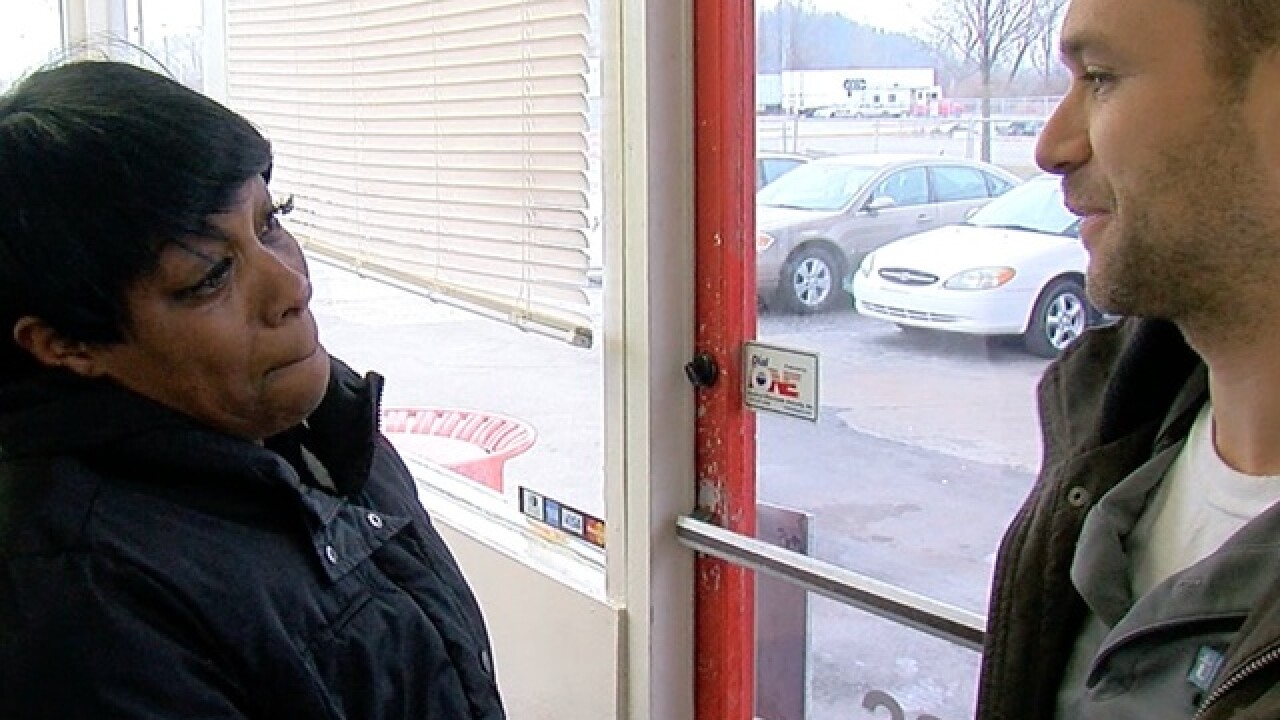 Copyright 2017 Scripps Media, Inc. All rights reserved. This material may not be published, broadcast, rewritten, or redistributed.
Dave Marlo | WCPO
<p>Michelle England is surprised with a paid off car at Tri-State Auto Sales.</p> 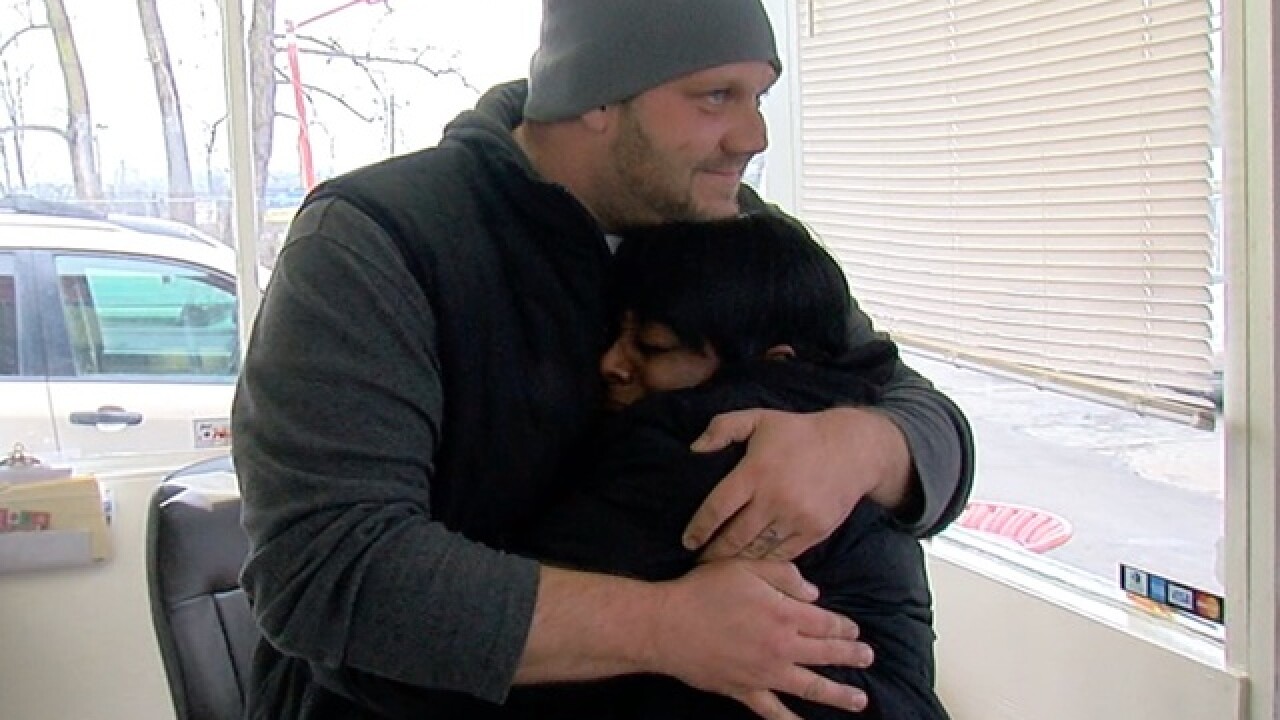 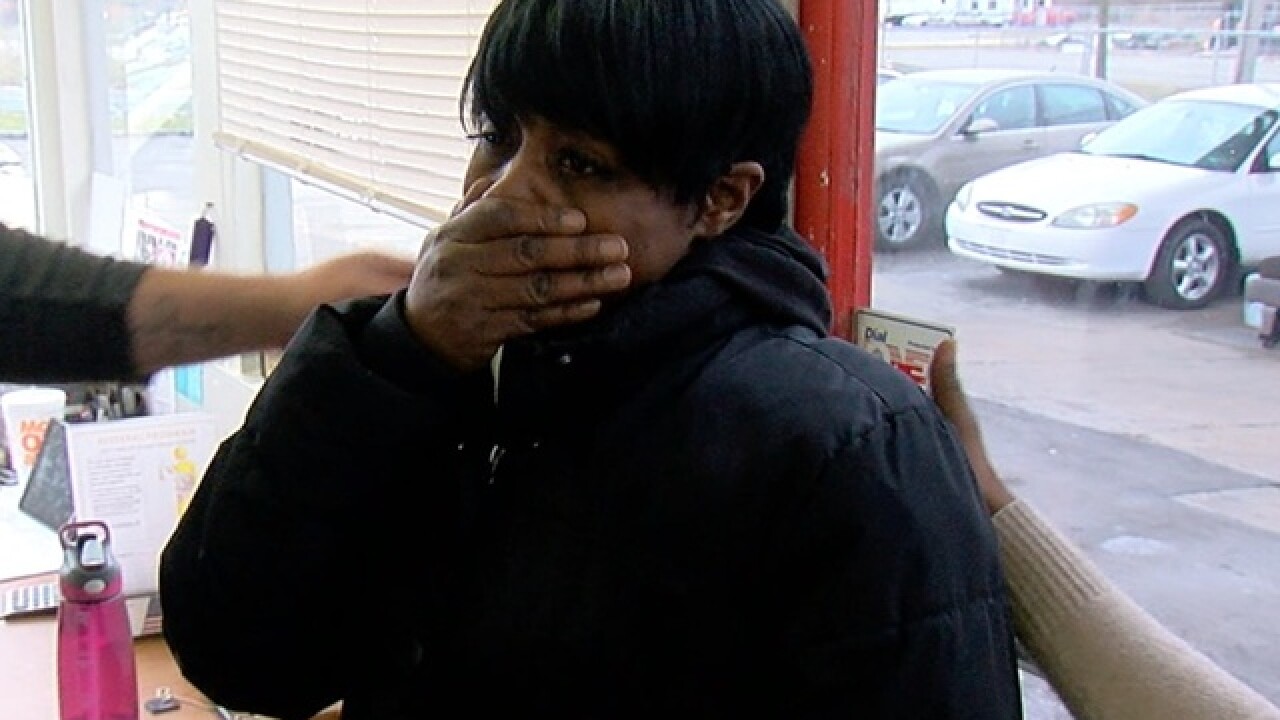 CINCINNATI -- Michelle England was trying to find a way to make ends meet just before the holidays.

The Anderson Township mom and grandma beat breast cancer in 2014 -- only to find out the cancer returned several months ago.

England said she wasn't able to work while she underwent chemotherapy, and she struggled to continue to make payments on her house, car and energy bill. This month, her car payment came up short.

England's car was repossessed two weeks ago. In that time, she took the bus to chemotherapy. Her daughter, Keyona Campbell, said England's house was a 20-minute walk to the nearest bus stop.

Staff members said England was "always smiling," even when she struggled to make car payments.

When England had the money on Friday, she showed up at Tri-State Auto Sales with $100 to put toward her car payment. It wasn't the full amount due, but she said she wanted to pay something to try to prevent her car from being sold.

When she walked into the dealership's office, staff greeted England and told her that she could keep the $100 check -- the dealership's owner agreed to pay off the car, in full, so that England could have it back.

The dealership also topped off the car with fuel, replaced the tires, checked the fluids and checked the brakes.

When they surprised her with the news, England burst into tears.

"This is all I could pay," she said, holding the check. "And they paid it all for me. This is just such a blessing. You guys, you just don't know."

England is in remission now, she said.

"Just pray for me that it stays in remission," she said. "Because if it comes back again, no more. No more chemo."

Staff members, like England, were in tears after the surprise.

England said she's had trouble making payments in the past. But speaking to the women at the dealership -- she called them "my girls" -- put her at ease.

"When you go through breast cancer and you get somebody special in your life...they were just angels for me," England said. "People might feel like nobody's there for you, but, ya'll, this is a prime example."

England said she and her children and grandchildren enjoy driving around to look at Christmas lights during the holiday season.

"Thanks to ya'll, this is one tradition that we'll get to keep," she said.