Peerro: This pharmacist-turned-CEO has an app to connect young people with jobs and brighter futures

'Let's actually open the doors for them' 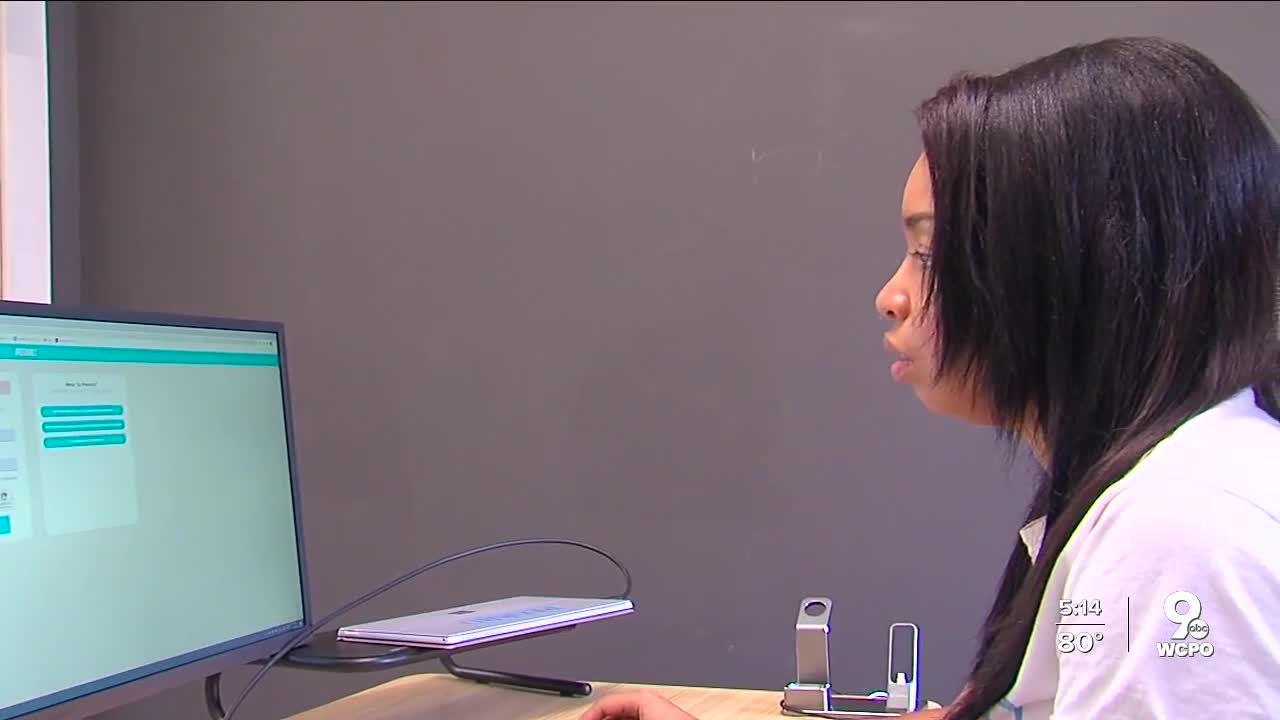 Peerro is an app designed to help young people find jobs and become self-sufficient. Rachel Angel launched Peerro in Cleveland a couple years ago and recently moved the tech startup to Cincinnati after receiving a significant investment from CincyTech.

CINCINNATI — Rachel Angel had to grow up fast.

When she was just 16, Angel lived on her own in suburban Richmond Heights, about 20 minutes northeast of Cleveland. Her dad lived in Buffalo, New York. Her mom had just moved to North Carolina. Neither parent could provide a stable life, Angel said. As difficult as it was, she felt better off living on her own.

“I was working full time, going to high school and falling asleep in calc class,” she said. “There’s this large group of individuals like myself that have to grow up much earlier. Working is essential to their survival. I have empathy for that.”

Angel made it through high school, went on to college and became a pharmacist.

But in 2015 her empathy fueled the creation of Peerro, an app designed to help young people find jobs and become self-sufficient. She put her career as a pharmacist on hold to launch Peerro in Cleveland a couple of years ago. Angel recently moved the tech startup to Cincinnati after receiving a significant investment from CincyTech, the Cincinnati-based venture-capital development firm.

“From the beginning, we loved her energy, the mission that she has with the company and the software she’s developed,” said Stacey Browning, a managing director at CincyTech. “We see huge potential.”

Angel said she does, too.

She and her small team are improving the technology platform as they work to educate more young people and employers about Peerro, a name that combines the words “peer” and “hero.”

The app is designed for people between the ages of 14 and 24 who are looking for work, especially young adults who don’t have college degrees but want to find jobs that offer room to grow and advance. The platform is open to employers of all types that are looking for entry-level workers.

Young people looking for jobs download the app for free. It works on smart phones or computers. The platform asks a few questions about the job applicants and can require them to complete tutorials related to skills such as being on time for work.

Then the young people can explore job postings that match the kind of work they’re seeking, filtering the options based on how far away they are, how much they pay and whether they’re looking for part-time, full-time, temporary or seasonal work. They also can search for training programs.

Employers that want to post a job on Peerro can get one free posting and access to the full Peerro system free for 90 days, Angel said. The system includes being able to post multiple jobs in addition to the use of training modules and interview scheduling tools. After 90 days, employers still get that one job posting free, but they must pay for the other services that Peerro offers.

Peerro is always free for the young people who are looking for work, Angel said.

Because Peerro encourages job applicants to include recommendations from people such as teachers and principals, it works kind of like LinkedIn but for younger people who aren’t necessarily interested in going to college, Browning said. Those applicants haven’t always had a way to show off their references and recommendations.

“That just gives an employer more confidence,” she said.

Frank Hailstock owns OTR Escape in Over-the-Rhine. He posted a job on Peerro after hearing about it from a friend who also owns a business.

“After going through my first initial process of trying to find an applicant, I would never use another service,” he said.

Hailstock has hired three people through Peerro so far, he said, adding that he likes how he can customize his job listings and include prerequisites such as the completion of training videos.

“It’s just a really easy way of hiring individuals, and you get higher-quality candidates,” he said. “It’s not like a one-click system where applicants are just clicking 100 jobs a day. You give them a call, and they don’t even know exactly that they applied for the job.”

Samir Gragston is 15 and will be a sophomore at Northwest High School. He’s using Peerro to try to get his first job.

“It was a lot easier than signing up for a job online. So I thought that was pretty amazing,” he said. “Not hard at all. Just plug in your email and password, and there’ll be jobs for you and your age that you can do.”

Samir plans to go to college after high school and would like to become a programmer, he said, but he wants to get that first job to gain some experience.

Getting that first job is important for young people, Angel said, but it has gotten more difficult, especially now because of the coronavirus pandemic.

“You talk to a 15-year-old now, and they can’t find employment,” she said. “They don’t know how to access employment. Nobody’s just handing it to them.”

Peerro aims to help teens and young adults get jobs where they will learn the skills they need to move forward and better understand where they want to go, Angel said.

“Over 60% of the opportunities in America are not college-degree-required positions. So when you think about being a plumber or you’re thinking about learning one of the trades, what are the steps and what is the opportunity there?” she said. “We wanted to really help those young people who are looking for a field that didn’t require them to go to college or a four-year college.”

“Ohio really is her testing ground, especially here in Cincinnati,” Browning said. “But once it works here, she can really take this idea nationally.”

That, Angel said, could provide a new source of opportunity for young people who have more than their fair share of challenges -- as she did.

Lucy May writes about the people, places and issues that define our region – to celebrate what makes the Tri-State great and shine a spotlight on issues we need to address. She has been writing about women and minority business owners in Greater Cincinnati for more than 20 years. To reach Lucy, email lucy.may@wcpo.com. Follow her on Twitter @LucyMayCincy.