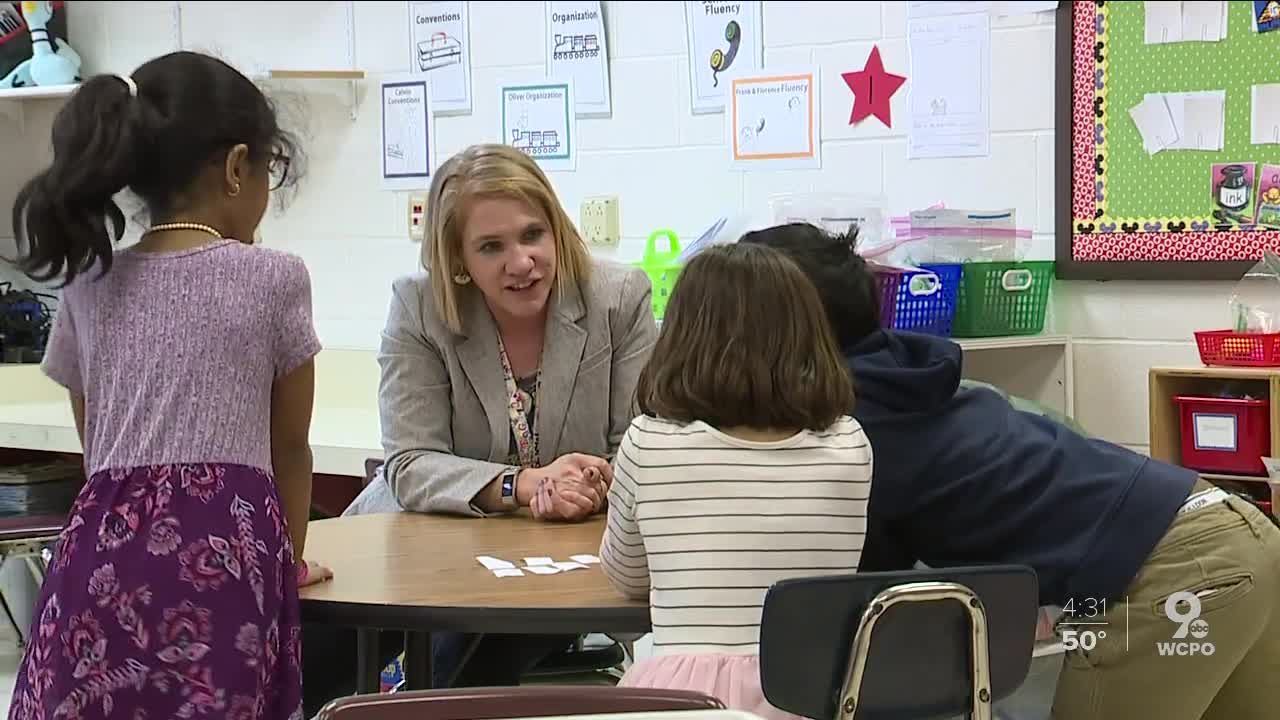 UPDATE: The NKY International Festival has been postponed because of safety concerns surrounding the new coronavirus known as COVID-19. No new date has been announced at this time.

FLORENCE, Ky. -- Prerak Gohil couldn’t help but be a little nervous when he started first grade at Erpenbeck Elementary School in Florence.

Although he had been to Erpenbeck for kindergarten, first grade meant a whole new teacher and different classmates.

Fortunately, it didn’t take long for Prerak to feel like he belonged.

“When it was recess and all the specials, my friends came and told to me, ‘Wanna sit by me?’ And then at recess, they said, ‘Do you wanna play with me?’ And they helped me a lot,” Prerak said. “So I felt it was OK. I felt really happy. I liked it.”

That welcoming spirit was one of the main reasons Prerak’s parents chose to move from California to Boone County when his dad got a job with Erlanger-based Toyota Boshoku America, said his mom, Devanshi Gohil.

“We were looking for a good school district wherein he would get opportunity to excel, not just in academics, but also to grow and develop himself as a good human being where he would nurture the true values of care, respect and acceptance,” she said. “Easy accessibility to Downtown but yet a peaceful living environment where the neighborhood and the people around would be from any diversity around the globe.”

While Saturday marks the inaugural NKY International Festival, the idea grew from a program that Boone County Schools has held to celebrate the cultural traditions of their students and families. Of the school district’s more than 20,000 students, about 1,300 of them are English language learners who speak more than 50 different languages.

That is a dramatic increase from 2009, when the entire district counted 136 English language learners in May of that year, according to Boone County Schools data.

“At Erpenbeck, we believe that we’re elevated by our diversity,” said Erpenbeck Elementary principal Jessica Pass. “We have over 14 different countries and languages. We’re about 11% English language learners. The numbers in Boone County are growing, and it’s really a beautiful thing.”

The NKY International Festival will be free and open to the public. The event is slated to include dance, musical performances and a marketplace with food and products from around the world available to buy. Food vendors are scheduled to include Sake Bomb, Lisse, La Mexicana, Hofbrauhaus and others. Booths selling products that support international communities include Ten Thousand Villages and Journey: The Ed Colina Foundation. There will be performances throughout the day by Boone County Schools students, Cincinnati Baila! Dance Academy, Sakura Ladies Chorus and more.

The desire to raise funds for the Rotary Club’s student exchange program was the inspiration for the event, said Darren Wurz, past president of Covington Rotary Club.

Organizers found a Rotary Club in Michigan that puts together the Michigan International Festival in Ann Arbor and determined there was nothing quite like it in the Greater Cincinnati region, he said. When they found out that Boone County Schools had an international celebration of its own, Rotary Club leaders reached out to the school district to propose joining forces, he said.

The event will raise money for the Rotary Clubs primarily through sponsorships, Wurz said. The festival’s largest sponsors are Duke Energy and Grow NKY, which aims to grow, attract and retain a globally competitive workforce in the region. Grow NKY has announced it will release a regional immigrant integration community plan at the festival. The plan is a follow-up to research that New American Economy released in June 2019 in partnership with the Northern Kentucky Chamber of Commerce, Duke Energy and Gateway Community and Technical College.

The new 2020 Gateways for Growth Community Plan will outline steps to: celebrate and promote Northern Kentucky’s global diversity; encourage and support strong immigrant leadership and civic engagement; and provide equitable access to community, health and safety services, among other priorities, according to a news release.

Prerak's parents, who are originally from India, see the festival as an opportunity for more families to experience the rich diversity of the Northern Kentucky region.

“You are living that culture. You are seeing it with your eyes,” she said. “For the kids to participate, it’s an academic learning of different countries but in a practical situation. They see it, they live it and they remember it all ever for their life.”

Her husband, Kamlesh Gohil, said he was impressed by the event, too, and by what Prerak learned there.

“After the event, he remembered a couple of the country names as well as the different flags when we showed them on internet or on paper,” he said. “It was a good learning experience for my kid to see, learn as well as to know the different culture and the diversity that we have in the Northern Kentucky area.”

Prerak, who will turn 7 later this month, said he liked getting candy canes at the school celebration and making paper tops.

But what he likes even more are the friendships he has with students at Erpenbeck whose families come from all over the world.

He’s got friends whose families come from Japan and Sri Lanka and from other parts of India, he said. One of his Japanese friends is even in the same Bear Paddle swimming class that he is, Prerak said.

“So I’m really friends with him,” he said.

Pass said Erpenbeck not only acknowledges all that diversity in its student population but also celebrates it.

“One thing that’s really important to us is making sure our students are learning from each other,” she said. “We really believe in our core that our students sharing their cultures, their languages, their beliefs will make all of our students better citizens and better people, kinder and more empathetic and just building that whole child and that human connection is something we’re really, really focused on at Erpenbeck.”

She's excited to see how the NKY International Festival brings those lessons to even more families across the region, Pass said.

More information about the NKY International Festival is available online.