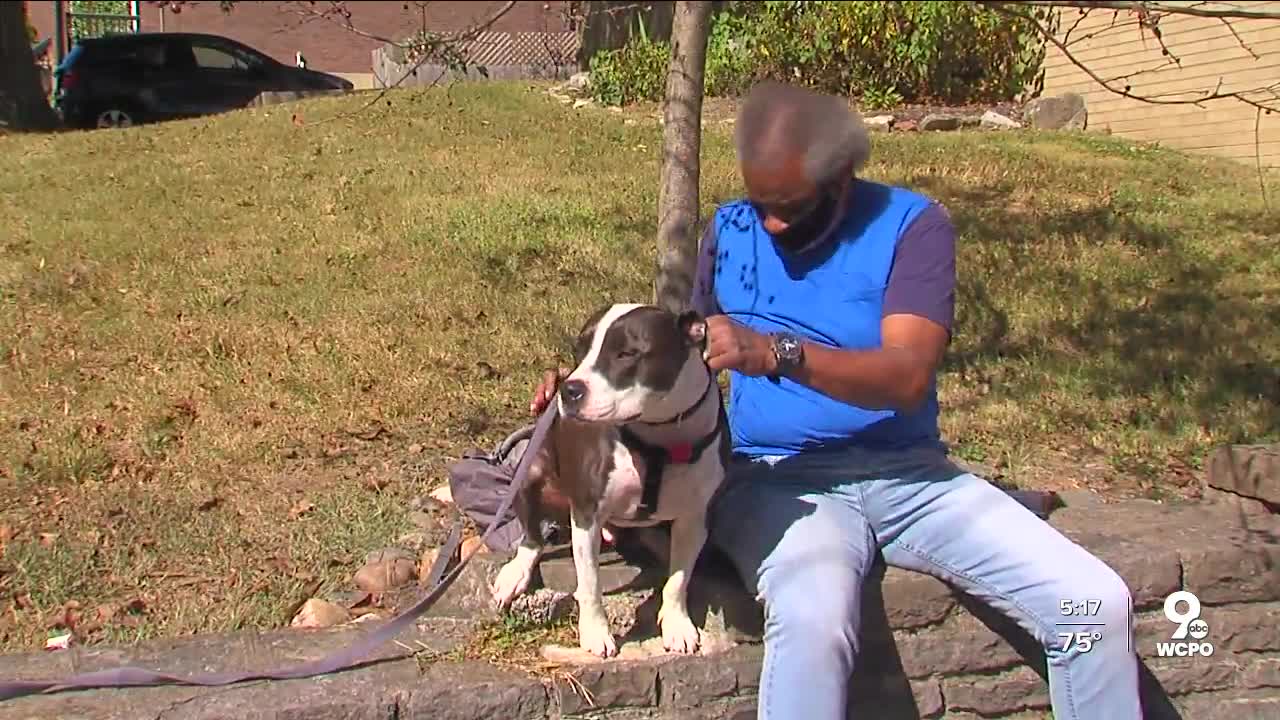 PetSmart Charities recently awarded Interfaith Hospitality Network $50,000 over the next year to help people who are struggling to care for their pets because of the COVID-19 crisis. 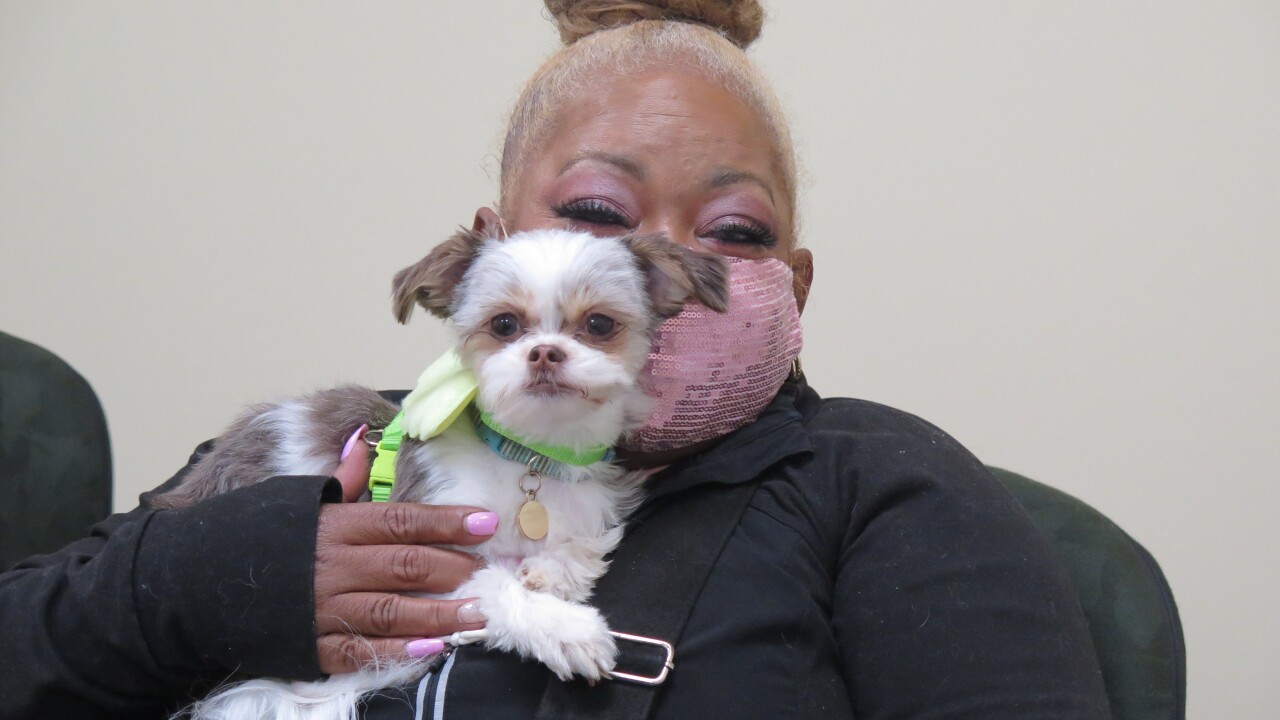 She had been living with her daughter, but the arrangement soured. Sitting at the hotel where her daughter dropped her off, Ross’ biggest worry was being separated from her two little dogs, a chihuahua named Apple Butters and a Shih Tzu-chihuahua mix named Cadillac Seville.

“I had been homeless with my first Shih Tzu, and I slept on the streets and in my car before I gave up my dog,” said Ross, a 53-year-old Army veteran. “These guys are everything to me.”

Fortunately, it didn’t come to that this time.

A social worker through the Cincinnati VA Medical Center connected Ross with Interfaith Hospitality Network of Greater Cincinnati’s pet program, which cared for Apple Butters and Cadillac Seville during the five months Ross stayed in a Volunteers of America shelter for homeless veterans. She dropped them off May 5 and got them back Sept. 25, the day after she moved into her own efficiency apartment.

“I just feel so blessed at this point to be able to have them back. We keep looking at each other and holding each other,” said Ross, who added that the dogs help with her PTSD. “It may have only been five months, but it was a lifetime for me and them. I’m so grateful to have them back.”

Thanks to an infusion of grant dollars, the program is positioned to bless a lot more people.

PetSmart Charities recently awarded Interfaith Hospitality Network $50,000 over the next year to help people who are struggling to care for their pets because of the COVID-19 crisis. That follows a previous grant from PetSmart Charities that, combined with funding from RedRover, the Greater Cincinnati Foundation’s Animal Welfare Funds, the Elsa Heisel Sule Foundation and the Kenneth A. Scott Charitable Trust in Cleveland, allowed Interfaith Hospitality Network to fund a $100,000 renovation. That will double the capacity of its on-site kennel for the pets of people experiencing homelessness. The organization is working to raise $40,000 more for more kennels, fencing and turf.

The goal is to keep people and their beloved pets together, said Garrett Parsons, the pet program coordinator.

“For programs like ours to be able to keep pets with their owners, we’re preventing trauma,” he said. “We’re keeping families together.”

‘I wouldn’t trust just anybody’

“The primary thing we’re concerned about is people,” added Stacey Burge, Interfaith Hospitality Network’s executive director. “When people are in crisis, that is the last time to take away something that is a source of support and motivation. So we are here to make sure individuals and families are as successful as they can be in overcoming crisis and being able to move on, and this is part of that work.”

The grants help Interfaith Hospitality Network expand its efforts as part of the local SAFE Coalition. SAFE, which stands for saving animals from eviction, includes Ohio Alleycat Resource & Spay/Neuter Clinic, UCAN Nonprofit Spay & Neuter Clinic, YWCA of Greater Cincinnati and Cincinnati Animal Care, among other nonprofits. Any of the SAFE Coalition organizations can access the new $50,000 SAFE Emergency Assistance Program to help people pay for expenses related to their pets, including veterinary bills, food, supplies and even pet deposits at apartment buildings.

Parsons said the coalition already has had several referrals for the emergency assistance program, which will help people over the next year as long as funds are available.

“If someone has to get rid of their pet, their stress levels are going to go up, and that’s going to lead to a lot of other issues – anxiety, depression,” he said. “We know that those will lead to more harmful things. So keeping pets with their families, preventing those mental health crises, mental health breakdowns, mental health troubles, is going to lend to a healthier community.”

Dwight Plair said the pet program is giving him the peace of mind he needs right now.

Plair became homeless after falling behind on his rent due to some financial difficulties. He found another home for one of his two dogs, but he didn’t want to have to give up King, his friendly British Staffordshire terrier.

“I wouldn’t trust just anybody to keep him. They don’t love my dog. They wouldn’t love my dog like ... I do,” Plair said, his voice halting with emotion. “This is a blessing right here, to say the least.”

For the past several years, the pet program has cared for most clients’ animals at a kennel located in the basement of Interfaith Hospitality Network’s Walnut Hills location.

The organization found foster homes for the pets at the start of the pandemic, though, and used the time to renovate and expand its kennel facilities.

‘Pets are part of the family’

Katie Pitocco has been fostering King at her Fort Thomas apartment since April, she said, and she’s been happy to have him around.

“Pets are part of the family, so I think it’s important that we try to help people as much as we can to keep them if that’s possible,” she said.

Pitocco brings King to Walnut Hills each week to visit with Plair, who said he can’t wait to move into a new place that will accept him and his dog.

“I’m not giving up my only friend,” said Plair, 73, who is staying at the City Gospel Mission shelter for men while he looks for a new place to live.

Parsons said he’s hoping King and Plair will get to reunite for good within the next few weeks. And if either he or Ross need financial help to keep their pets in the months ahead, Parsons added, the SAFE Emergency Assistance Program will be there for them.

“We understand that this pandemic has kind of created an economy where the people who were already at risk, who are lower income or have barriers, it’s even harder for them now,” Parsons said. “So even if they haven’t lost a job because of the pandemic, they’ve still been impacted by the pandemic in one way or another. We all have.”

For more information about the pet program or the SAFE Emergency Assistant Program, email garrett@ihncincinnati.org, call (513) 324-3067 or go to the Interfaith Hospitality Network of Greater Cincinnati homepage. Interfaith Hospitality Network’s 2020 Interfaith Action Breakfast starts at 8 a.m. Thursday, Oct. 15. The theme of the virtual event is “Challenging Ourselves, Channeling our Faith.” Tickets are still available online.

Lucy May writes about the people, places and issues that define our region – to celebrate what makes the Tri-State great and shine a spotlight on issues we need to address. Poverty is an important focus for WCPO 9 and for Lucy. To reach her, email lucy.may@wcpo.com. Follow her on Twitter @LucyMayCincy.