'JFS prepared me for this' 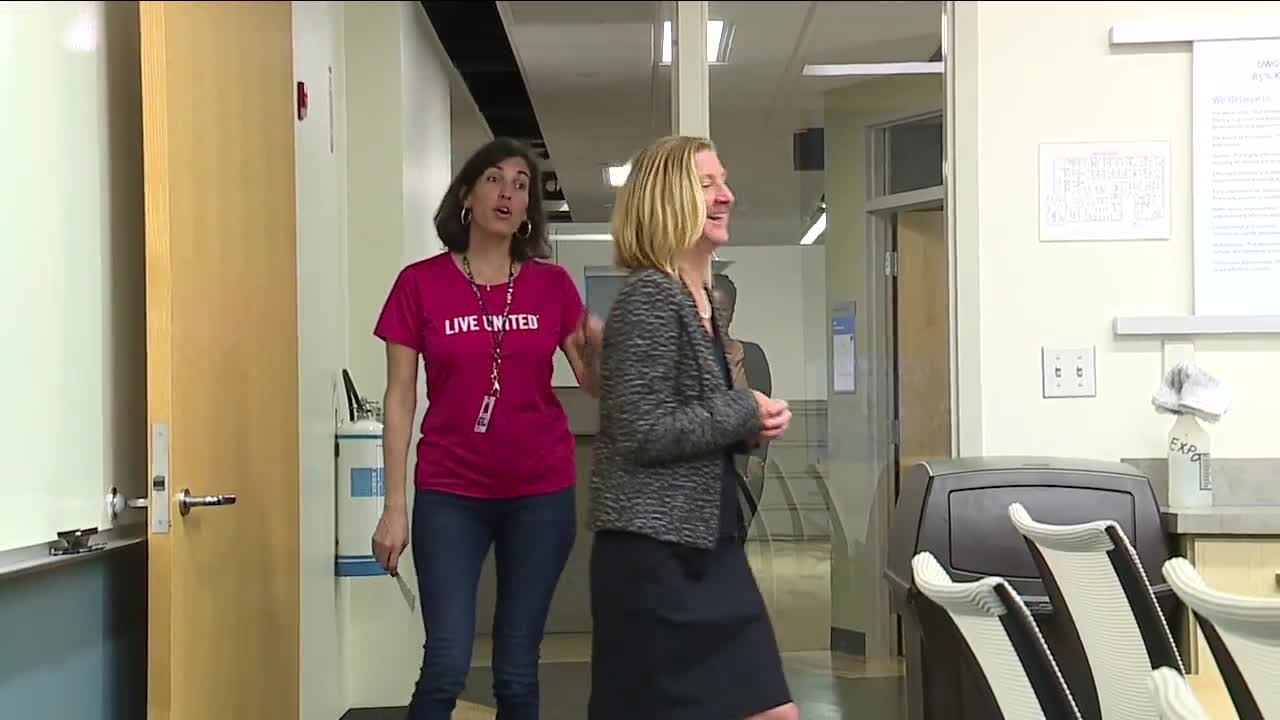 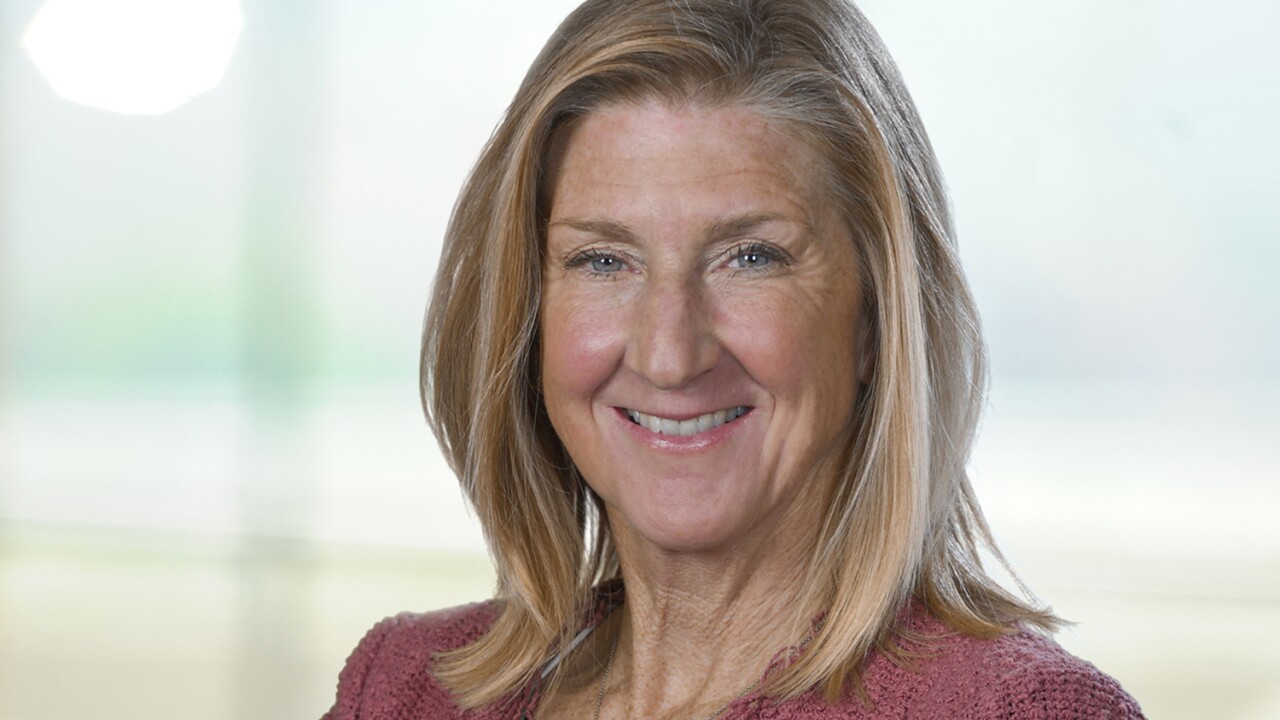 CINCINNATI — When the world was different just a few weeks ago, Moira Weir had a plan.

She would leave her job as director of Hamilton County Job and Family Services – where she spent a whopping 27 years – and take a little time off to spend with her family before starting as president and CEO of United Way of Greater Cincinnati on March 23.

Then COVID-19 happened. The family trip to Florida got postponed, and Weir started spending more and more time working on United Way’s response to the crisis.

“My husband said to me, I think the Friday before I started, ‘It looks like you’re already working,’” Weir told WCPO in her first in-depth interview since taking the job. “’Maybe you just ought to go ahead and make that happen.’”

So Weir started at United Way on March 16 instead and quickly started to make things happen there.

She and Greater Cincinnati Foundation CEO Ellen Katz launched the COVID-19 Rapid Response Fund, aiming to raise $5 million to help people who have been hurt financially by the pandemic.

She authorized the early distribution of a month’s worth of funding to 140 nonprofit organizations that partner with United Way to help them keep their operations going during these uncertain times.

And she and the United Way staff have launched two platforms to help nonprofits keep in touch with each other. One allows nonprofit employees and clients to communicate and share information. The other is a confidential platform for CEOs who need a way to talk with each other about their concerns as leaders about paying the bills each month or dealing with potential furloughs.

“She didn’t sit back,” said Sean Rugless, a United Way board member who was part of the committee that recommended Weir as the next CEO. “She’s been part of the organization’s response to step up in this new environment and this very confusing and complex time that we find ourselves in.”

The fact that Weir has made such a big impact so quickly shows she was the right person for the job, he said.

“It wasn’t just how well the resume read and what the Cincinnati network said about a candidate,” Rugless said. “It was more about what was the lived experience for her and did it match the organization’s needs. And in this case it did.”

The swift response to the community’s needs in the wake of the pandemic came naturally, said Weir, who is 54 and lives in Mount Lookout with her husband, Steve Yeager, and their 16-year-old son, Colin.

“The good news is that JFS prepared me for this in a lot of ways because oftentimes the work at Job and Family Services is crisis-oriented,” she said, adding that she has been impressed with the way United Way’s staff has responded, too.

Even without the coronavirus crisis, though, Weir was bound to encounter challenges in her new role.

Preparing for a great leader

United Way’s previous CEO, Michael Johnson, left the organization in late 2018 amid controversy. Johnson, who was the local United Way’s first African American CEO, said in an email to board members that he had been the victim of “subtle threats” and a “hostile work environment.”

Johnson and United Way ultimately agreed to what both sides termed a friendly separation.

But that didn’t resolve the turmoil within the organization itself. Employees expressed anger, frustration and feelings of betrayal and called for the resignation of board chair Julia Poston, who later did resign from her position.

For months, interim CEO Ross Meyer worked to shore up relationships in the community, particularly among African American leaders who were concerned about the circumstances of Johnson’s departure.

The local United Way also made important changes in the board’s governance and how board members work with the organization’s staff leadership, said Rugless, CEO of the consulting firm Katalyst Group and a former president of the Greater Cincinnati and Northern Kentucky African American Chamber.

“I think the organization owed any leader a climate and a culture in which they can be successful,” he said. “She’s walking in at a time where we’ve done a great deal of work to prepare a way for a great leader. And we’re also looking for a leader who will then be able to pick that up and be able to evolve it to where it needs to be.”

Rugless said the United Way board wanted a leader who was collaborative and was also strong with community engagement and maintaining good relationships with corporate leaders.

“She fit those criteria wonderfully,” he said. “When the announcement came, it was supported by members of our community.”

Weir, the first female CEO in United Way’s more-than-100-year history, said she’s not focused on what happened in the past.

“There’s lots of things that you can always look behind you, but there’s a lot of great folks here who have been doing tremendously great work,” she said. “I’m just really focusing on going forward and the fact that there’s momentum and interest and excitement.”

Leaders of Greater Cincinnati’s nonprofits are looking to Weir to build upon that momentum.

“What I love about Moira is that she already has a cultural understanding and a heart for the work,” said Eddie Koen, CEO of the Urban League of Southwestern Ohio. “She has a lot of empathy for people who are struggling and striving, the striving and surviving, because of her work at JFS. So I just see tremendous potential.”

Although United Way funding makes up less than 10% of the Urban League’s annual budget, the organization remains an important partner, he said.

“They are the organization that is looked to as the convener and really the honest broker when you think of the existing power structure of who controls our city and the most vulnerable,” he said.

One of Weir’s challenges will be to lead United Way’s annual fundraising campaign, which brought in less money in 2018 and 2019 than it has historically. But the job is about far more than just funneling millions of dollars to local nonprofit organizations, said H.A. Musser, the longtime CEO of Santa Maria Community Services.

“What we need is leadership that can raise dollars and allocate and effectively hold organizations accountable to where the dollars go and what the results are that come from spending the money,” Musser said. “They have a real value add in monitoring and sort of collectively looking at where are we making impact in the community. It’s much more than we could do on our own.”

Weir, Musser said, has what it takes.

“I think she will be awesome,” he said. “And just one evidence of that is stepping up and starting one week early.”

It’s certainly not the start that Weir expected when she accepted the job back in January, she said.

She thought she would spend her first few weeks meeting with members of the community for a listening tour. She wanted to ask questions about what they thought United Way was doing well, needed to improve or whether the organization should be doing anything that it hadn’t already started.

Weir still wants to do that, she said, after things settle down.

But for now, she is prepared to lead during this time of crisis, with a focus on helping families avoid the types of crises she saw everyday at Hamilton County Job and Family Services.

“This is a little bit, perhaps, preventative kind of work,” she said. “How do we collectively come together to meet the needs of our families and individuals and support them so that they can have independence and they feel that they can thrive without interventions?”

As CEO of United Way, Weir said she aims to find out.