Never heard of ACEs or toxic stress? Here's what you need to know and why you should care

'It actually kind of gets under the skin' 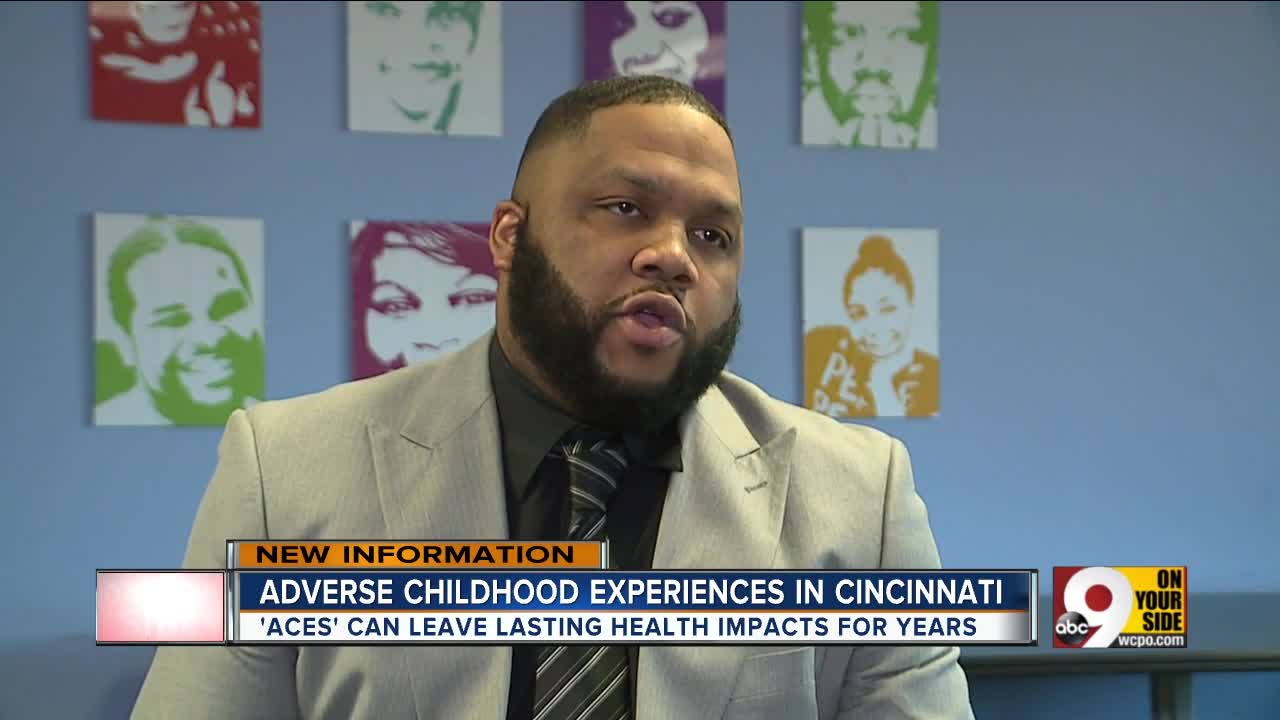 Maurice Stewart had never heard of ACEs before he came across a YouTube video explaining the term. Once he understood it, though, he realized he had lived it. The acronym stands for Adverse Childhood Experiences, and it refers to traumatic events that elevate children’s stress over time as well as how children react to that trauma. ACEs can be as severe as physical abuse or as commonplace as parents going through a divorce. A young professionals conference and panel discussion on May 22 aims to educate young professionals about ACEs and what they can do to help local kids. 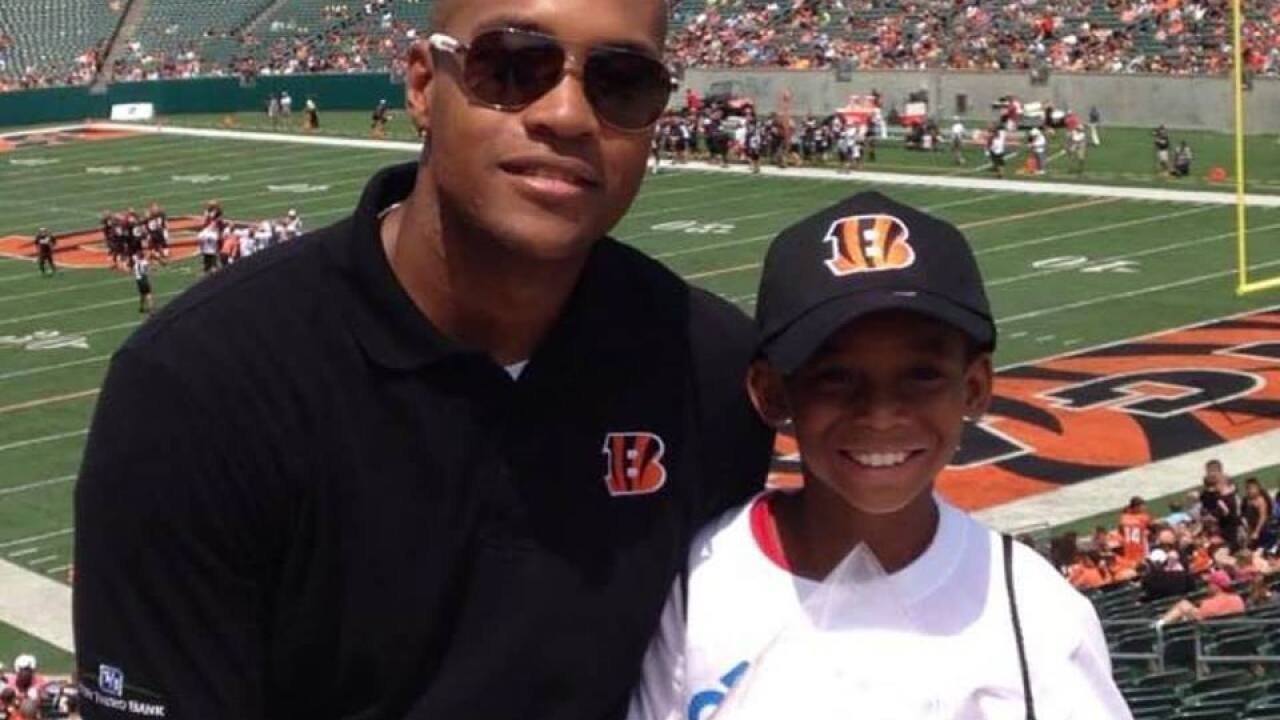 CINCINNATI — Maurice Stewart had never heard of ACEs before he came across a YouTube video explaining the term.

Once he understood it, though, he realized he had lived it.

The acronym stands for Adverse Childhood Experiences, and it refers to traumatic events that elevate children’s stress over time as well as how children react to that trauma. ACEs can be as severe as physical abuse or as commonplace as parents going through a divorce.

“Living in poverty, having a sibling go to prison, experiencing alcoholism with a family member,” Stewart said. “Those are some of the things that I experienced growing up that's kind of marked me for ACEs.”

Fortunately for Stewart, he had teachers and family members who helped him build the resilience he needed to stay on the right path in life.

Caring adults and a safe, stable, nurturing environment are critical to helping children learn to cope with the stress of ACEs, said Dr. Anita Shah, a pediatrician at Cincinnati Children’s Hospital Medical Center.

Stewart hopes to recruit caring adults who want to offer that kind of support during a young professionals conference and panel discussion on May 22. Called “From Adversity to Resilience: Breaking the Cycle,” the event aims to educate young professionals about ACEs and what they can do to help local kids.

“It can be as simple as one individual being that role model to buffer them and help them learn how to cope with those stressors,” Shah said.

Shah, whose research focuses on ACEs, is one of the leaders of Joining Forces for Children. The coalition is made up of 50 local organizations working to raise awareness about ACEs and help reduce harm to Greater Cincinnati’s children.

RELATED: Never heard of ACEs? Here's why you should care

She will serve as the facilitator for the young professionals conference and panel discussion on May 22.

The ‘bear’ of toxic stress

The first goal of the event is to teach attendees what ACEs actually are.

It’s especially important here. About 33 percent of Cincinnati’s children have two or more ACEs as compared to about 25 percent of children nationwide, Shah said.

She explained that the stressful experiences trigger the “fight or flight response.”

“Let’s say you’re hiking, and you happen to run into a bear,” she said. “What happens in your body is to mobilize all of the resources you have. Your heart rate increases, you start breathing faster and your stress hormone levels increase.”

You might try to fight the bear, she said, but it’s more likely that you’ll run away.

In that kind of scenario, the stress fades as the danger diminishes. Shah said it’s different with ACEs.

“What we know with kids with adverse experiences is that ‘bear’ is constantly with them,” she said. “That’s what we call toxic stress, and it actually kind of gets under the skin.”

Living with that constant stress, she said, increases the rates of heart disease and mental health conditions in people who live with those adverse experiences as children. It also impacts the areas of the brain that control memory formation, emotional regulation and self-regulation.

But while the primary goal is to prevent kids from having so many adverse childhood experiences, it is possible to mitigate the impact of the stress even as kids are experiencing it, Shah said.

That’s where the safe, stable, nurturing environments and caring adults come into play. It's also why role models are so critically important.

“It can be anywhere the child really connects with,” she said.

Lots of Greater Cincinnati organizations and agencies — in addition to those that are part of Joining Forces for Children — are working to make that happen.

Stewart pointed to Cincinnati Youth Collaborative as one of them.

He’s a Cincinnati Youth Collaborative mentor and president of the young professionals board at the nonprofit, which was founded more than 30 years ago to create a mentorship program to boost graduation rates among Cincinnati students.

The organization has expanded to include college and career readiness programs, too. But all Cincinnati Youth Collaborative programs are designed with ACEs in mind, said Ericka Dansby, the organization’s president and CEO.

“Just hanging out with caring adults gives you that escape from a challenging environment at home. It gives you someone to talk with. It helps with your self-esteem,” Dansby said.

Talbert House works with children and adults through its Safeguards program.

“A lot of the things we see for kids are impacts in schools, an inability to focus and get things done,” she said.

Adults in the program often have trouble getting and keeping jobs and have problems with their physical health because they don’t have the time or resources to go to the doctor, she said.

The Safeguards program offers different types of therapy and interventions, depending on the client’s age and the type of trauma the child or adult has experienced, Ogletree said.

‘Scream from the rooftops’

Staff members also meet with the parents or guardians of the children in treatment to make sure everyone is “on the same page,” she said.

“Therapy is once a week for an hour if you’re looking at the outpatient level,” Ogletree said. “But all that other time, they’re at home or at school or at work, depending on the age. We really want to help make sure their kid has the best chance of being successful.”

Cincinnati Works has many adult members who grew up in poverty and experienced childhood trauma along the way, said Jessica Wright, Cincinnati Works’ director of employment engagement.

“I don’t think there’s anything, honestly, that our clinical counselor hasn’t seen,” she said. “Anything from rapes and molestations and how that happens as a child and how it’s playing out in their adult life. The loss of a child to gun violence. There’s a lot of trauma that’s happened.”

The nonprofit’s clients often haven’t had the opportunity to work through that trauma because they’re so busy trying to support themselves and their children, Wright said.

“Sometimes there’s a lot of us walking around that are carrying heavy burdens,” she said. “But we have to put food on the table. We have to feed our children. So we have to do what we have to do.”

Cincinnati Works tries to give clients the support they need to be successful, but Wright said the organization is eager to learn more about ACEs.

Stewart said he hopes lots of other organizations are, too.

More information about “From Adversity to Resilience: Breaking the Cycle” – including how to RSVP for free – is available online.