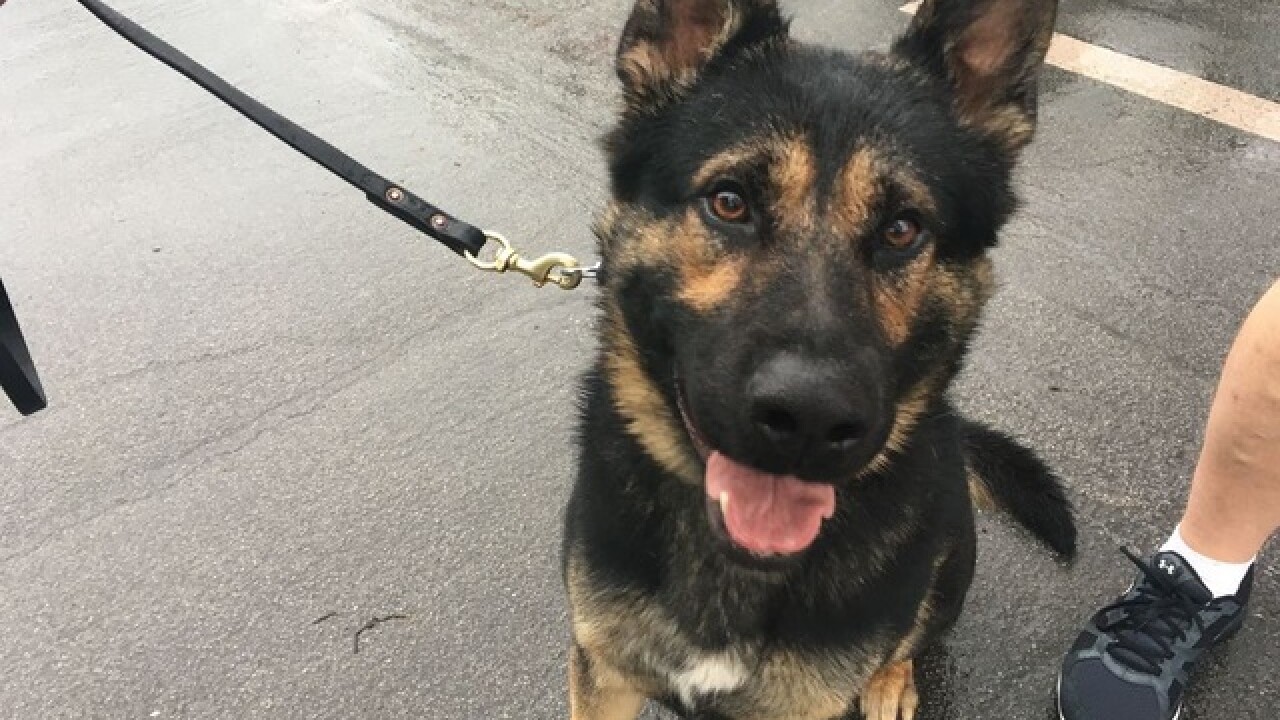 CINCINNATI -- Hundreds of runners are braving a rainy Sunday morning to take part in a race that's gone to the dogs... but in a good way.

Matt's 5K Pursuit, hosted by The Matt Haverkamp Foundation, is taking place at Spring Grove Cemetery to raise money to purchase K-9s and equipment for Greater Cincinnati departments. The foundation is in memory of Matt, a Golf Manor K-9 officer who died in July 2005 as a result of injuries he sustained in a car accident.

"We wanted his legacy to live on," foundation board member Chris Wright said.

Since the foundation's inception in 2005, it's helped fund 53 dogs and related equipment in the Tri-State. Police dogs are considered officers of the law and help in drug busts, finding guns and bombs and apprehending suspects.

"They're really an a amazing work animal that can do things the human officers cannot do," Wright said.

Thanks to the foundation, the Amelia Police Department was among those able to purchase equipment to better train K-9 officer Gator. Officer Craig Heintzelman said the foundation helps alleviate some of the financial burden a K-9 unit would put on a police department.

"They're such a valuable unit, and sometimes they're a line item that's toward the bottom of the budget because they have to cover other things, which is understandable," Heintzelman said. "So the Haverkamps bridge that gap by providing these dogs to these agencies at no cost to them."