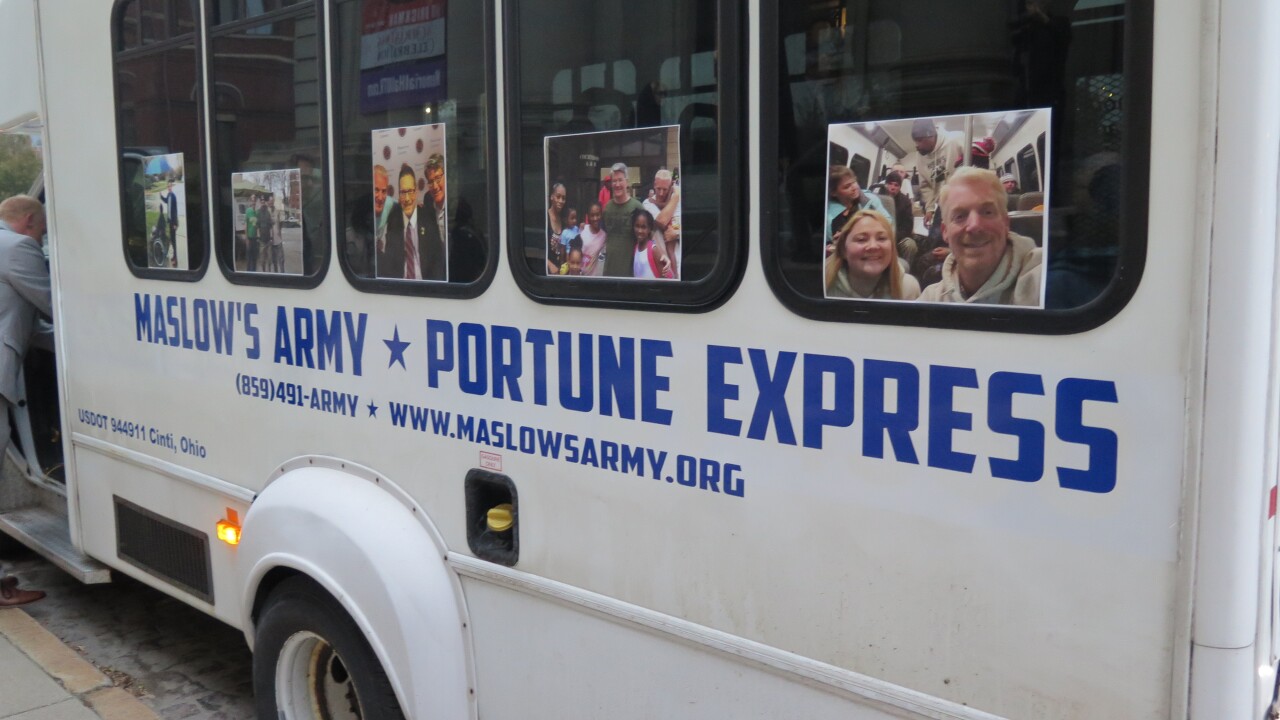 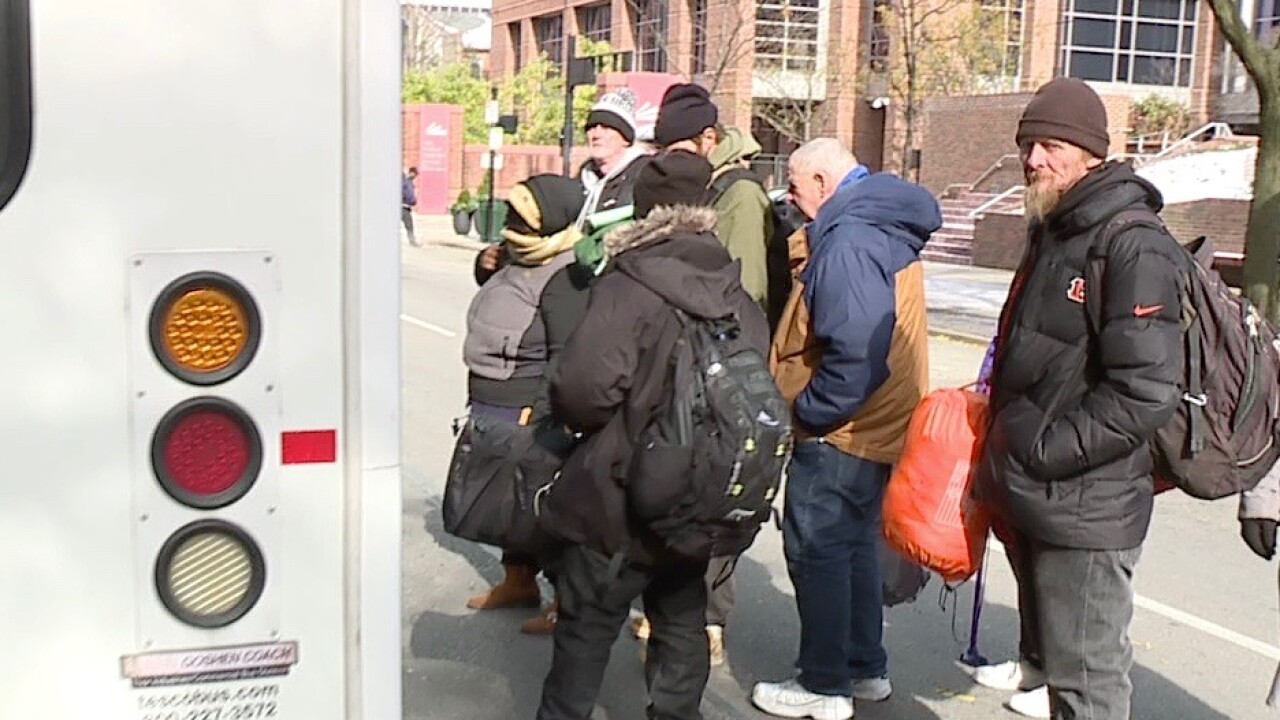 Portune, a longtime supporter of Maslow’s Army who helped the group secure a permanent home for its weekly Sunday outreach events, said it would likely take far too long to get any repair money from the county. So he wrote a check himself.

He meant for it to cover the cost of repairs for their existing bus, he said. Instead, the money turned out to be just enough for Maslow’s Army to purchase another.

“I made a small personal donation just to help Maslow’s Army because I believe so much in their mission,” Portune told WCPO. “What they do is unique.”

Maslow's Army Executive Director Samuel Adams Landis sees it quite differently. On Monday Night, Maslow's Army hopes to have Portune christen the bus, which the organization has named the “Portune Express.”

Landis said Portune’s donation of $2,500 allowed Maslow’s Army to nearly double the number of people that the organization has been able to transport to homeless shelters on dangerously cold evenings.

Portune said he’s embarrassed by the “Portune Express” moniker but feels pleased he was able to help.

“This mobile van, it really is a game-changer in helping the homeless in Cincinnati and Hamilton County and making sure no one gets left behind on the streets,” he said.

Friends and supporters of Portune will hold a tribute for him at Memorial Hall Monday.

The longtime commissioner will retire at the end of 2019 as he focuses on fighting cancer.

He announced in September that he would not seek re-election in 2020, saying at the time “the chemotherapy has not worked, and my cancer has spread.” He said then that he had the biggest fight of his life ahead of him.

In October he submitted his resignation to the board of commissioners, saying he would leave his position in December instead.

RELATED: Portune to retire at the end of 2019

Portune said his medical treatments have been difficult, but he has continued to work on county issues even when he can’t make it to the office.

“The thanks begin with God that I’m still here,” he told WCPO. “Every day is precious, and every day is an opportunity to make a difference in the lives of people.”