Put down those macadamia nuts: Products recalled due to E. coli concern 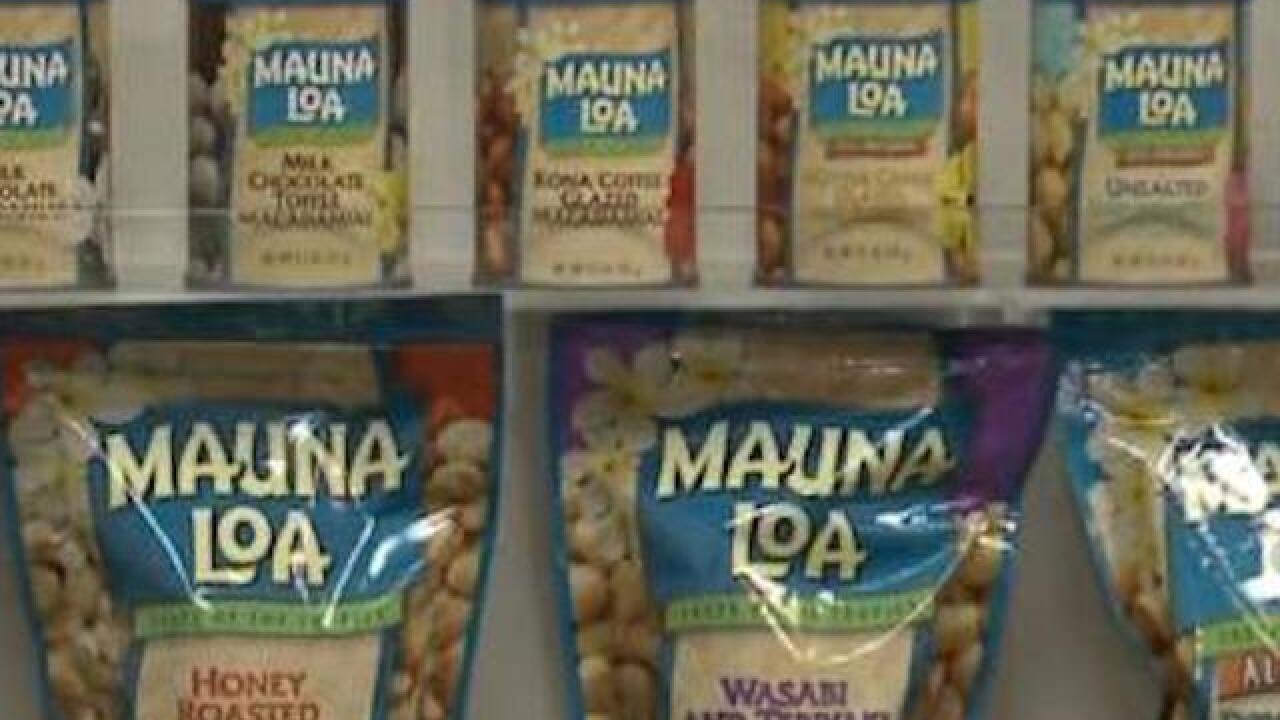 Certain macadamia nut products produced by the company Mauna Loa have been voluntarily recalled due to potential E. coli contamination, the Hawaii Department of Health announced on Monday.

The recall includes food items produced at the company's facility on Macadamia Road in Kea'au, Hawaii, between September 6 and 21. It was in response to E. coli detected in the well water and distribution system that supplies the facility, according to the health department.

The department noted that no illnesses related to the water have been reported to the state, but all retailers of Mauna Loa macadamia nut products should remove items received after September 6 due to the risk of possible contamination.

Consumers who have purchased the recalled products should get rid of them immediately or try to return them to where they were purchased, according to the health department.

"There is clear evidence that food produced at the Kea'au facility may be contaminated and consumers may be at risk," Peter Oshiro, chief of the department's sanitation branch, said in the department's announcement.

"The Department of Health is working with the facility to ensure the safety of their drinking water and food production."

Earlier this month, samples taken from the facility's water distribution system showed no contamination in test results, but then on Friday, the Hawaii Department of Health was notified of a sample testing positive for E. coli, according to the department's announcement. Food production operations subsequently stopped.

Now the department is working with the facility to ensure its drinking water is safe and the facility is cleared before operations are allowed to resume, according to the announcement.

The department said that the Mauna Loa facility will remain closed until it meets all requirements and standards under the department's Sanitation Branch and Safe Drinking Water Branch.

Symptoms of E. coli begin between one and 10 days after consuming contaminated food or drink, but most people become sick three to four days after exposure, according to the U.S. Centers for Disease Control and Prevention.

Symptoms can include diarrhea that is sometimes bloody, vomiting and fever. Most people recover within five to seven days. Some individuals, about 5 to 10 percent, develop hemolytic-uremic syndrome, a condition that is the most common cause of acute kidney failure in children.