'It really means the world to me' 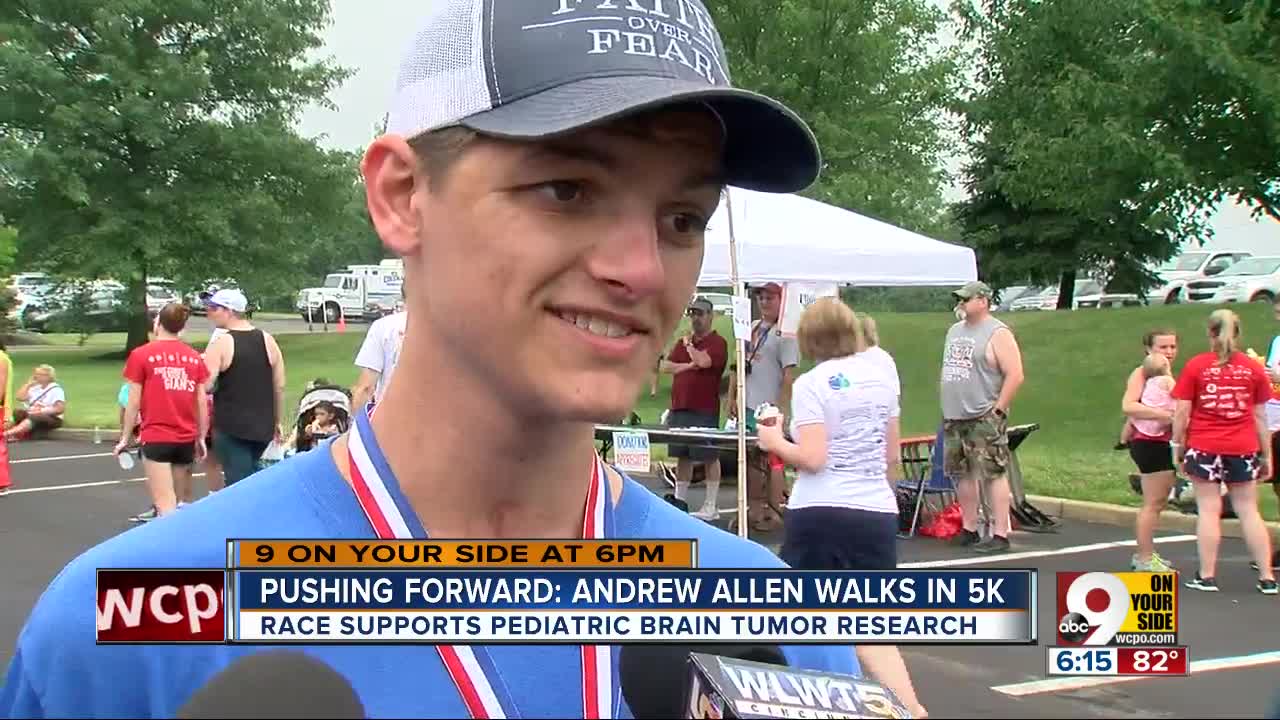 The Allen family took part in a 5K on July Fourth to honor little Brody, who died last year of brain cancer. Even big brother Andrew, who nearly died himself eight months ago, walked. 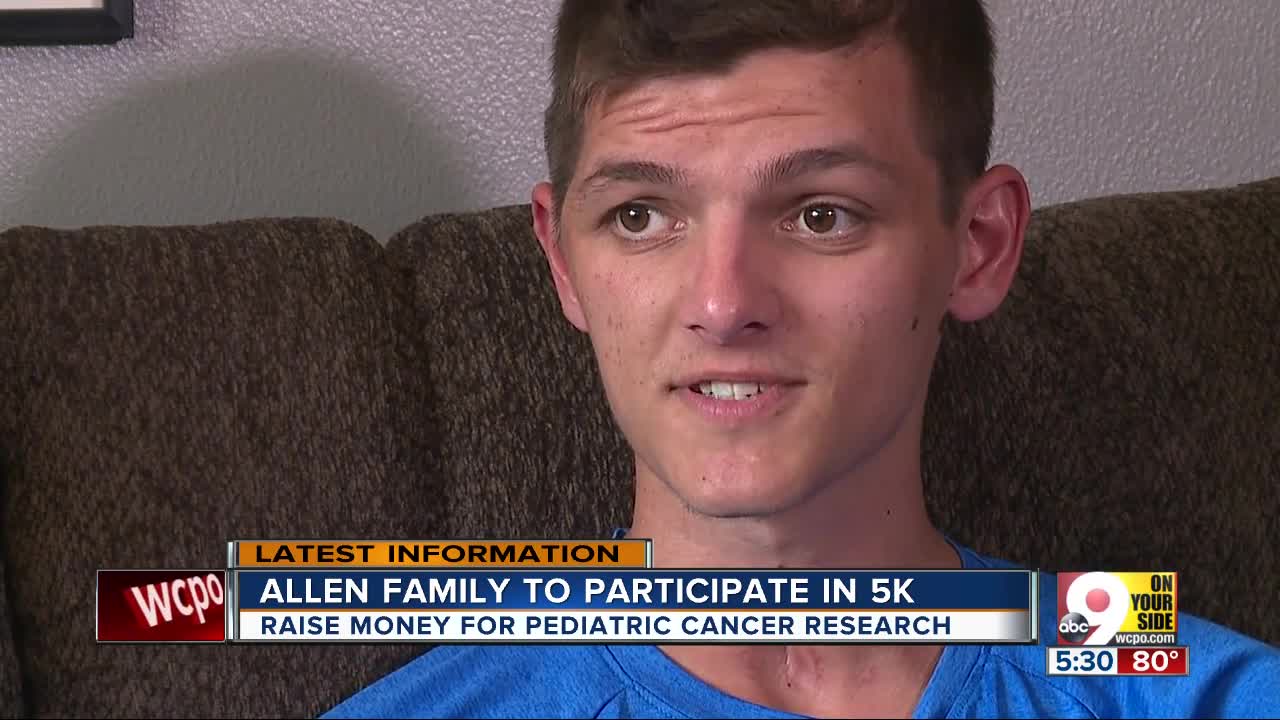 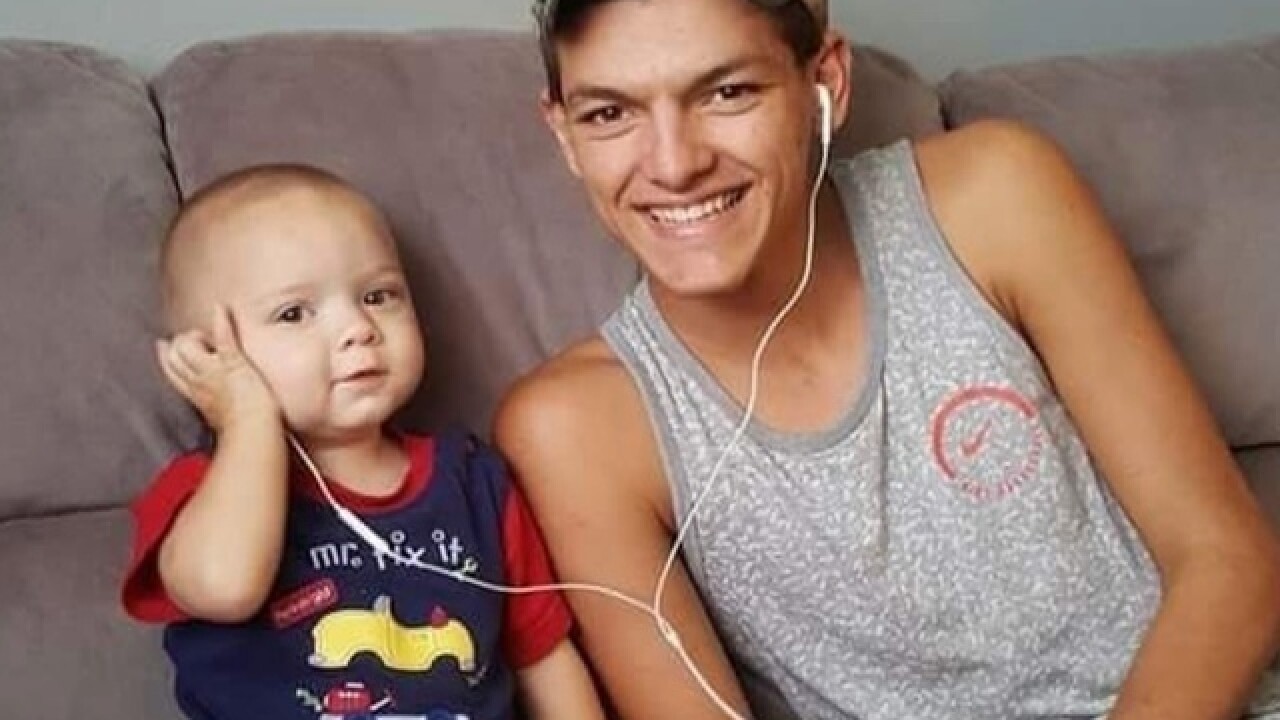 They got one for their son, Andrew.

The 19-year-old has made what could be called a miraculous recovery since being hit by two cars last November as he crossed Springdale Road in Colerain Township on a dark, rainy night.

“We reached a point in his care where science couldn’t do anything more with him,” Todd Allen said of Andrew. “The doctors reached a point where they didn’t expect him to survive. That’s where my faith comes in.”

Now Andrew is well enough to walk with his family in the Fourth of July 5K for the Pray Hope Believe Foundation. The event raises money for pediatric cancer research and to support families living with the disease.

“Just the fact that I can do it means a lot to me,” Andrew said from his Colerain Township home. “It’s to prove to everybody and prove to myself that I can do anything I set my mind to.”

There’s another reason, too, he said: “To honor Brody.”

Brody’s story captured the hearts of people throughout Colerain Township and across the country.

He was born with brain cancer but didn’t display any symptoms until last May. By then, doctors at Cincinnati Children’s Hospital Medical Center could do little to help. They treated him for 98 days then told his parents that their baby boy likely had fewer than three months to live.

The Allens decided to celebrate Christmas early so Brody could be part of it, decorating their house with lights, ornaments and presents.

Neighbors did the same, and Team Brody soon encompassed much of the Colerain community. Hundreds of people lined the township’s streets for a Christmas parade last Sept. 23. Brody rode on a float and celebrated at a party with Santa Claus and fireworks at the end of the parade.

Just 11 days later, Todd and Shilo Allen were at the hospital worried they would lose Andrew, too.

“Here we are eight months later about to go to a 5K,” Todd Allen said. “I could have never, ever hoped for the moments that we’ve had. We honestly didn’t expect it, and here we are.”

Andrew would not have survived last November if it weren’t for the neighbors who rushed to his side, the first responders who gave him aid and the doctors who treated his injuries, he said.

The Allens thank God for where he is now and believe that Brody has been watching out for his big brother from up above, Todd Allen said.

Andrew has worked hard in his recovery and has made progress much faster than any of his doctors predicted, Todd Allen said.

“For me, it’s been amazing,” Andrew said. “Being able to do all the stuff that most people said I wouldn’t be able to do – it really means the world to me.”

Andrew has been training for more than a month, walking as much as three miles each day. Every step causes pain. Andrew has a titanium rod in his left femur and another one in his right tibia, and the left rod digs into his hip with each step.

“It speaks about his determination and his drive to go do this,” Todd Allen said of his son.

The whole Allen family will take part. Todd, Shilo and their children – Corey, McKenzie, Andrew, Alex and Bailey – will be part of Team Brody, along with nearly 60 other people.

Todd Allen said he plans to livestream the walk so that friends can watch online. And while he doesn’t have a monetary goal for Team Brody on Thursday, he’s hopeful that people will want to contribute in person or online.

Allen said he’s still overwhelmed by the support that that Colerain Township community has given his family.

“From the moment this community found out that our family was in need with Brody, they stepped up in ways I could have never hoped for,” he said. “I couldn’t be more grateful and proud to live in a community like this.”

Now, Allen said, his whole family has a chance to send an important message with Team Brody’s participation in Thursday’s 5K.

“Brody’s got us this far,” he said. “And now we’re going to show Brody that Andrew’s OK.”

You can still register online to support Team Brody for the Pray Hope Believe Foundation’s annual 5K Run/Walk. More information about the event is available online.