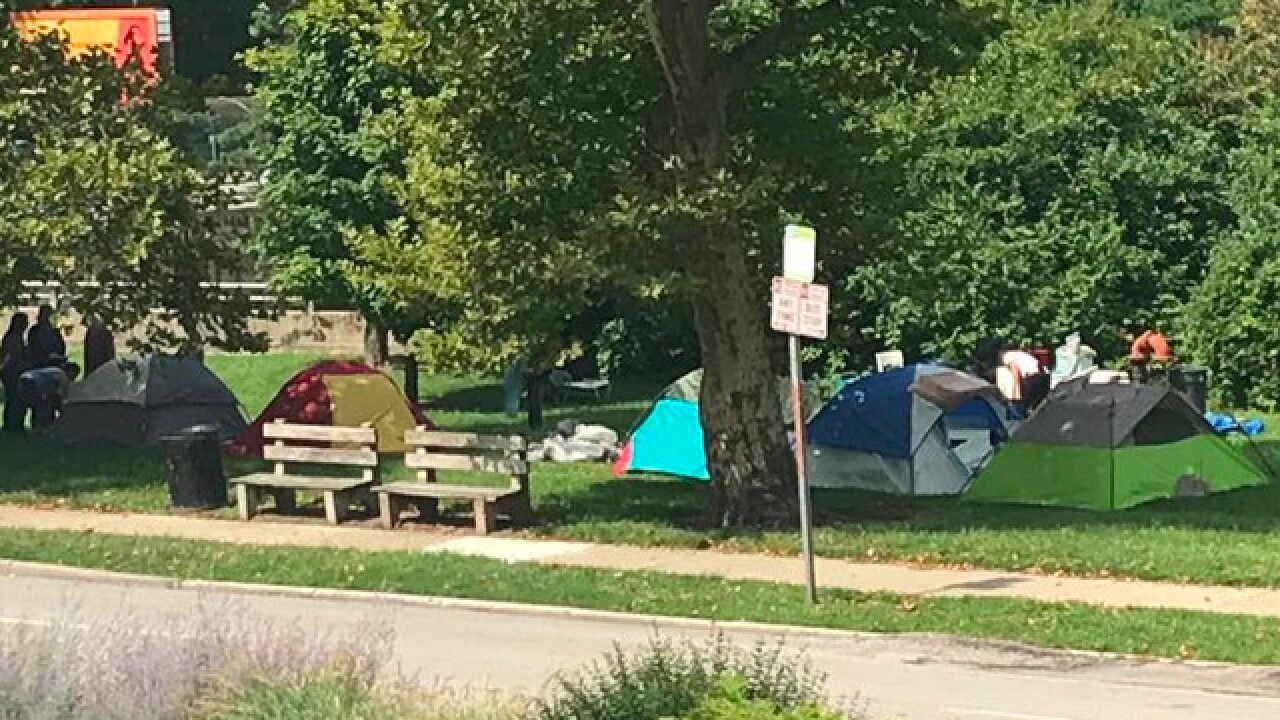 CINCINNATI — A federal judge has paved the way for Cincinnati Mayor John Cranley to become a defendant in a lawsuit that argues the city and Hamilton County violated the constitutional rights of people experiencing homelessness.

A lawyer for Joseph Phillips, who had been staying in the camps, filed a lawsuit arguing that the ban violated the homeless plaintiffs’ constitutional rights of free speech and protection from unlawful search and seizure, among others.

Attorney Bennett Allen later asked to add the mayor as a defendant, arguing that a lawsuit between the city and Hamilton County was a “sham legal process” because both sides wanted the same thing — to eliminate the camps.

U.S. District Court Judge Timothy Black ruled on May 29 that Allen’s amended complaint provided enough evidence to allow Cranley to be added as a defendant.

“The Court finds that Plaintiffs have alleged plausible facts that a reasonable jury could find that Mayor Cranley acted with a dishonest purpose and therefore in bad faith,” Black wrote.

“Facts uncovered in discovery may ultimately show that Mayor Cranley was not acting in bad faith when he asked Hamilton County to sue the City," Black continued. "But at the motion to amend/motion to dismiss stage, Plaintiffs have plausibly alleged that the Mayor acted in bad faith in using a sham legal process to remove homeless encampments from the City and Hamilton County.”

Holly Stutz Smith, Cranley's deputy chief of staff, responded to WCPO's questions by noting that Cranley did not ask Deters to sue the city. Rather, she said, he asked for help.

"The Mayor acted only in good faith to protect the public health and wellbeing of the city, especially those staying in the homeless encampments," she wrote in an email.

A previous city filing in the case included a quote from a statement that Cranley had issued during the controversy:

"It is simply unacceptable that individuals and activist continue to illegally camp with tents in the right-of-way. This presents a clear and present health and safety hazard to homeless individuals and the general public. The city is working hard to end this," the statement said. "This afternoon, I also asked for and have obtained the assistance of Hamilton County Prosecutor Joe Deters. Prosecutor Deters will be filing actions in state court and we will file motions in federal court."

City lawyers wrote that the statement "makes it clear that Mayor Cranley, to safeguard the public, merely asked the County to address the hazards facing both City and County citizens. Plaintiff’s allegation that Mayor Cranley asked the County to sue the City is pure speculation and is flatly contradicted by the very evidence Plaintiff provides. Moreover, there is simply nothing contained in the quoted alleged statement above, or anywhere else in the proposed pleading, demonstrating the malicious purpose, bad faith, or wanton or reckless conduct necessary to support Plaintiff’s proposed gross negligence claim against Mayor Cranley."

Black ruled that Bennett didn’t present enough facts to show that Muething was part of a sham legal process but offered a different rationale for Deters.

Deters said Monday that he initiated the nuisance lawsuit city because it was the most effective way to deal with the public health problems that the homeless encampments were creating. He said he called Cranley to notify the mayor that he was suing.

"We just did it because it was the best mechanism," Deters said. "He never asked me to sue the city. I just did it. It felt good."

Black’s ruling rejected several new arguments that Allen made in his amended complaint but agreed to let him move forward with his “sham legal process” argument. It also allows Bennett to add Patrick Chin, a Cincinnati resident, and the Greater Cincinnati Homeless Coalition as plaintiffs in the case, too. Allen said he is seeking to have the court certify the case as a class action lawsuit so it can include other people experiencing homelessness in the county.

“I would call it a partial, but significant, victory,” Allen said.

The case remains a long way from being resolved, and Allen said he hopes Black’s decision encourages renewed negotiations with the city to reach a settlement agreement.

The problem of homelessness, he stressed, isn’t going anywhere.

“As long as we live in a state that pays people $8.55 an hour and allows them to be employed at will and as long as we live in a city that sells real property to developers for pennies on the dollar – only for those properties to be boarded up while the developer waits for a market that makes it profitable to renovate – yes, we’re going to be having people experiencing homelessness,” Allen said.

Allen said he expects to file an amended complaint that adheres to Black’s ruling as early as Monday.