Indian Hill grad got sober in California, came home to Cincinnati to help others

'I thought I was destined to die at an early age' 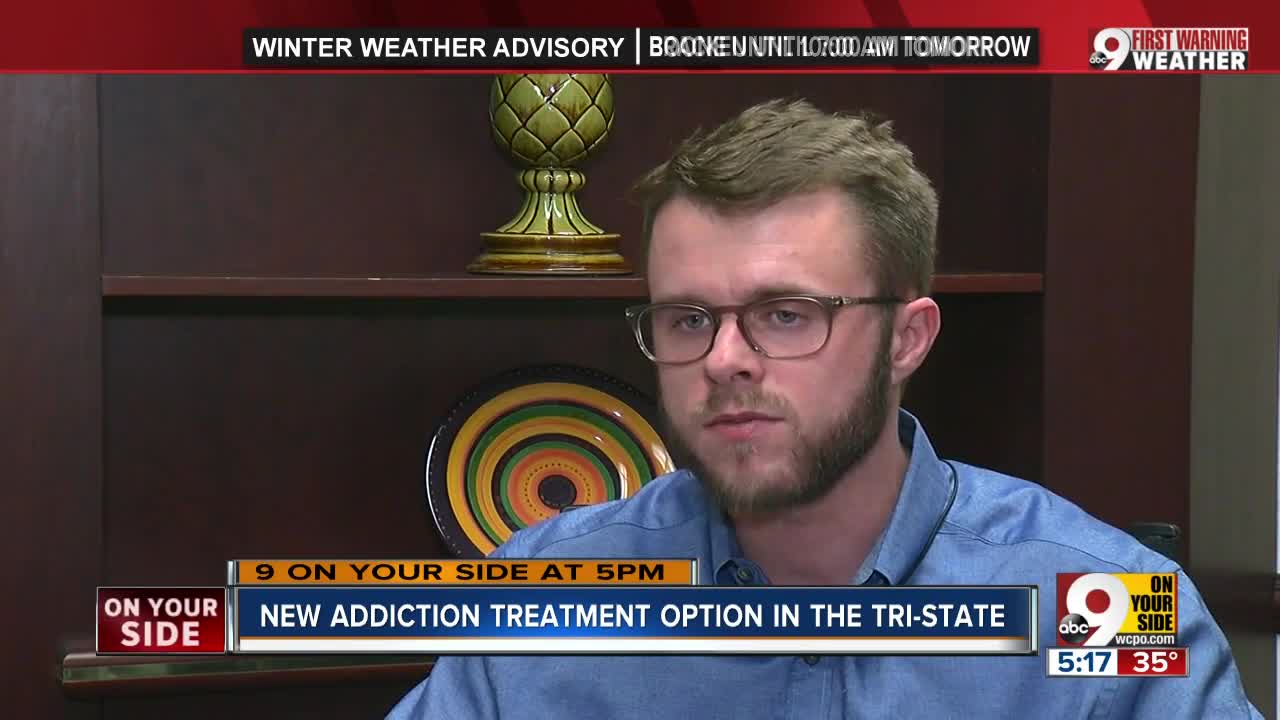 J.B. Whitehouse is the director of operations for Hotel California by the Sea Cincinnati, a recovery center he helped launch in Blue Ash that’s like the one in California that he credits for saving his life. 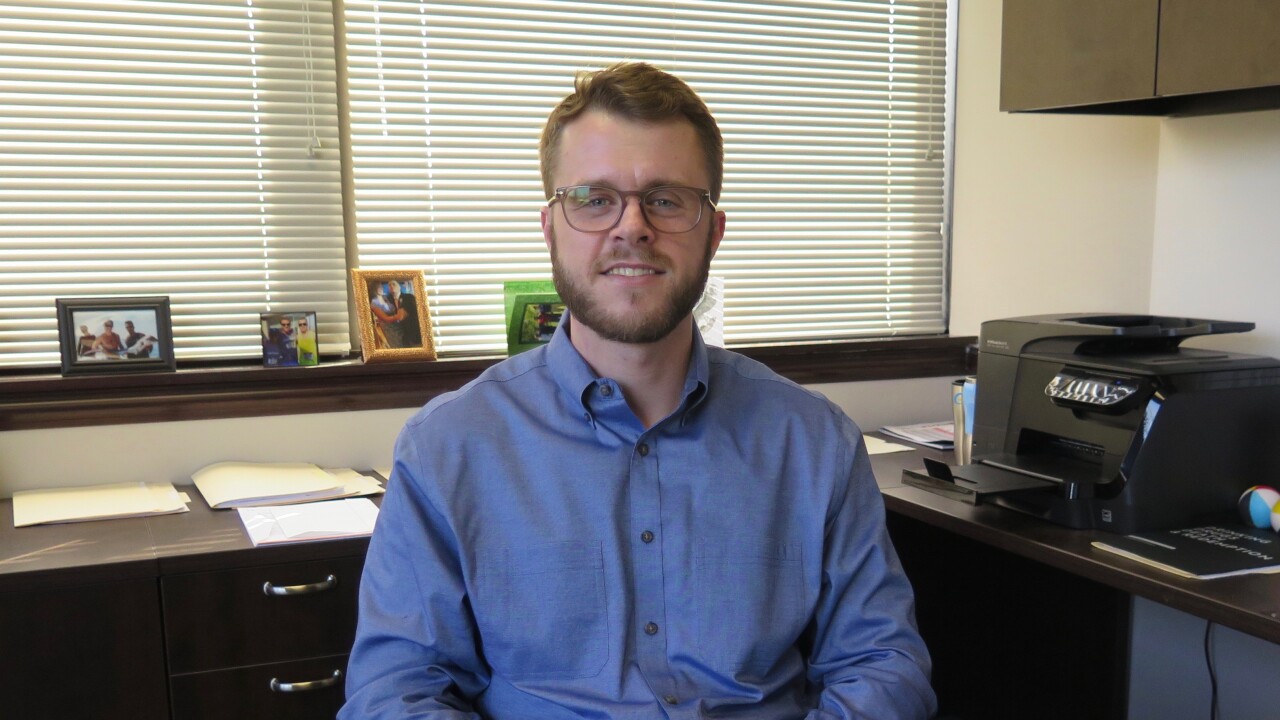 BLUE ASH, Ohio — The story of J.B. Whitehouse’s salvation is written in his mother’s Bible.

Not in the text of the holy book, exactly, but in the passages Liz Whitehouse altered during a workshop and in the margins where she chronicled his journey from alcoholism and substance abuse to sobriety and a career helping others.

Deuteronomy 32:10, for example, has phrases she changed and added in May of 2009 as her son’s addiction and behavior were spiraling out of control:

In a desert, please find him. In a barren and howling waste, shield him and care for him and guard him as the apple of his eye. Like an eagle that sits up in its nest and hovers over its young, then spreads its wings to catch him before he falls too far.

J.B. Whitehouse is amazed, too. He’s back in the place where he spent time behind bars and flunked out of college and stole from his family and sold drugs when he couldn’t steal anymore.

Now he’s the director of operations for Hotel California by the Sea Cincinnati, a recovery center he helped launch in Blue Ash that’s like the one in California that he credits for saving his life.

“I thought I was destined to die at an early age,” said Whitehouse, who is now 30. “If I can’t help others, then, it’s just, then it doesn’t work.”

For Whitehouse, helping others includes sharing his story. It starts with his adoption as an infant.

Liz Whitehouse and her husband picked up their blue-eyed baby just days after he was born and named him John Barnabus Whitehouse after a relative who went by Barney. They called him John and still do; he goes by J.B. professionally.

“He was a great little kid,” his mom said with a smile.

He had some breathing problems as a child and spent lots of time at doctor’s appointments.

“Sometimes I would sleep with our backs together so I could make sure he was still breathing,” Liz Whitehouse said.

That’s about the time Whitehouse said he started drinking and smoking marijuana, when he and his buddies saw older brothers and sisters and cousins doing it and wanted to get in on the action.

“I always took it to the next level,” Whitehouse said. “I guess that was just part of my makeup in terms of who I am. There’s this incessant need to do more, have more.”

He got arrested for drunk driving for the first time when he was 16. The scariest part for his mom was that there were two girls’ purses in the car but no girls.

Everyone turned out to be fine, she said, but she didn’t know that at first.

Whitehouse flunked out of Wittenberg University after his freshman year. He tried college closer to home at Cincinnati State, Mount Saint Joseph University and the University of Cincinnati but never went to class at any of them, he said.

His parents caught him stealing from them and writing fraudulent checks. After their son became violent, they kicked him out of the house.

Whitehouse stayed with friends near UC’s campus. He tried to get a regular job, he said, but nobody was hiring because of the recession so he started selling drugs.

‘What the hell have you become?’

He decided something had to give when he was staying with his aunt. After just a few days, he had consumed every bottle of liquor and had taken just about every pill in the house he could find.

He went into a bathroom with a warm bottle of rum and drank 17 shots by himself in a matter of just 20 or 30 minutes, he said.

When Whitehouse looked in the mirror, he almost didn’t recognize himself. He was bloated and jaundiced, and his skin had almost a greenish hue.

“I heard this voice,” he said, “and it just said, ‘What the hell are you doing? What the hell have you become?’”

With the help of his aunt, Whitehouse found a community-based residential treatment center in California. He got treatment in a clinical setting but lived in a supervised, single-family home with a small group of men. He went to outside recovery meetings in the evenings and spent the weekend doing activities that taught him how to have fun without drinking or drugs.

After he had been sober for a little more than a year, he started working for the treatment center that had helped him.

He advanced at the company and eventually followed his mentor, Brian Burke, when Burke left to help lead Hotel California by the Sea.

Burke said he considers Whitehouse a friend and was excited when he wanted to open a Hotel California by the Sea treatment center in Cincinnati.

“I was very confident he would succeed,” Burke said. “He’s passionate about it. He’s good with people. He’s a strong personality.”

Whitehouse moved back to Cincinnati in June of 2017 and spent more than a year building the infrastructure for the local Hotel California by the Sea operation.

There are two single-family homes locally, each of which can serve five patients at a time. Clinical services are based at the main office in Blue Ash.

Patients stay an average of 90 to 120 days, Whitehouse said, adding that there’s nothing else quite like it in the region.

Linda Gallagher isn’t familiar with Hotel California by the Sea but said the region has a lot more treatment options now than it did when Whitehouse was in the midst of active addiction nearly a decade ago.

“There’s different levels of care for folks who need drug and alcohol treatment, and it can be as non-intensive as out-patient type treatment all the way to residential treatment,” said Gallagher, the vice president of mental health and addiction services at the Hamilton County Mental Health and Recovery Services Board.

The opioid crisis has prompted lawmakers to send more funding to the region for treatment, Gallagher added, but there is still much more need than local treatment centers can handle.

“The need has always exceeded what we’ve had available,” she said.

And while Gallagher said she can’t say for sure how different Hotel California by the Sea Cincinnati is from other local options, she welcomes the additional treatment capacity.

“I would never say we have too much treatment available,” she said. “I don’t think we’re there yet.”

Whitehouse has certainly made an impression by speaking to as many groups as he can about his own experience, the kind of treatment that helped him and what he aims to provide locally.

In fact, he has spoken every semester for the past two years to students enrolled in UC’s Psychiatric Nurse Practitioner Program, said Dr. Lee Tyson, the program’s director.

“He makes it real for students,” Tyson said. “And he’s genuine, and he’s authentic, and he tells it like it is. And students really don’t get an opportunity to do that in a classroom didactic setting very often.”

Whitehouse can answer questions from the perspective of an addict that can be difficult for practitioners to ask their patients in the midst of a crisis, Tyson said.

“His lecture and talk is amongst the highest rated,” he added. “It’s informative to the students to let them know that substance use disorders are not a choice.”

It’s true that people choose to drink or try illegal drugs, Tyson said, but they don’t choose to become addicts.

‘Did I kill somebody last night?’

He had every advantage in the world as a kid, he said: A stable home and loving family where his every need was met.

But once he started drinking and using drugs, he said, that’s all he wanted to do.

It was his focus from the age of 16 to 23, seven long years of trouble and secrets and estrangement from the people who loved him most.

“It was just a bunch of ugly,” Liz Whitehouse said. “And I was the evil person in the family because I knew he had a problem.”

Her Bible brims with notes of frustration and despair, especially on the days she and her husband had to go to the courthouse because John was in trouble again.

There is hope, though, too, scribbled next to the very same passages.

Finally, this past April: “This will always bring tears. So grateful.”

“You just don’t know how it’s all going to end up,” she said, reflecting on the notes she made over time. “And it doesn’t end up well for everybody. It just doesn’t.”

J.B. Whitehouse is still living his story, long past the time he thought he would be dead or locked up for causing the death of someone else.

His mom now sends him text messages with pictures of her marked-up Bible nearly every day.

All he can do now is try to make up for lost time.

More information about Hotel California by the Sea Cincinnati is available online.