'I don’t want any other family to go through that' 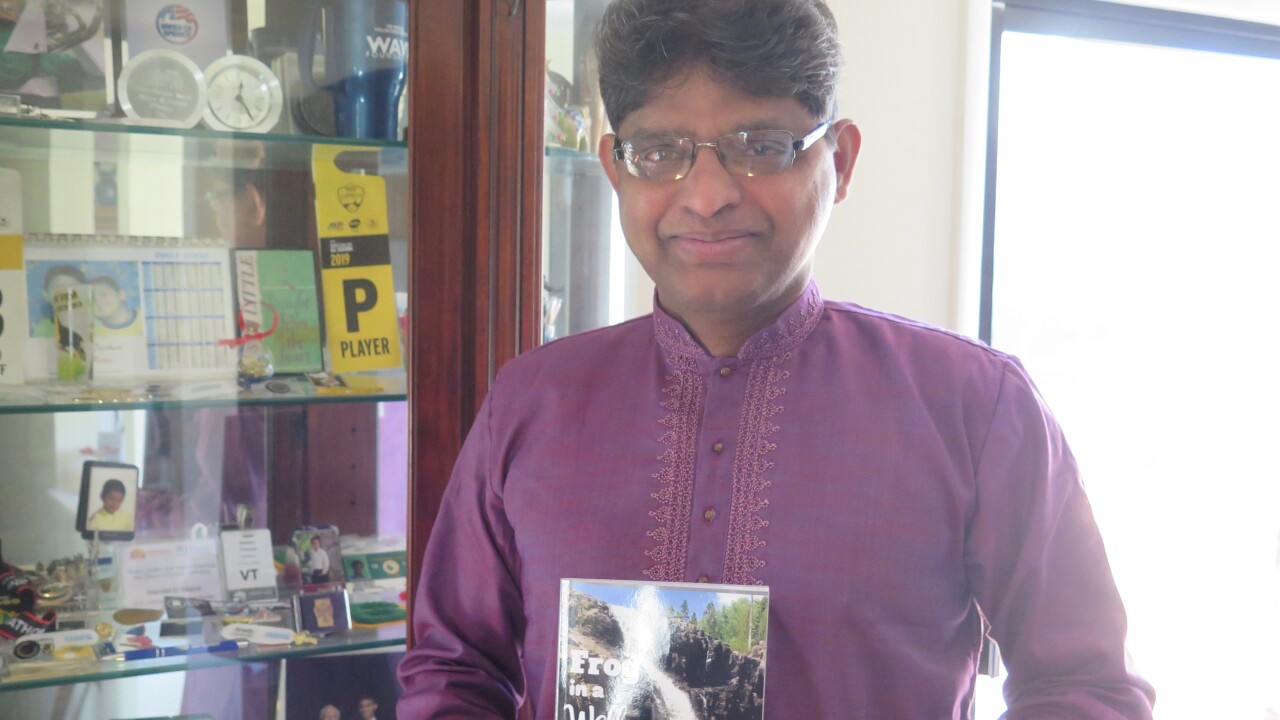 Lucy May | WCPO
Human trafficking survivor Harold D&#39;Souza holds a copy of his new book at his Blue Ash home.

BLUE ASH, Ohio — It’s been more than 16 years since Harold D’Souza came to the United States for a better life, only to become a victim of human trafficking.

In the time since D’Souza and his family gained their freedom, he has become an outspoken champion for other victims of modern-day slavery.

Now he’s taking his advocacy a step further with a new book and a month-long trip to his home country of India, where he hopes to warn others so they don’t fall victim to the same false promises he did.

“I want to educate them,” D’Souza said. “It’s better to be safe than sorry and prevention is better than cure.”

D’Souza’s new book, called “Frog in a Well: Turning obstacles to opportunities,” is filled with quotes he has written to inspire victims and survivors of human trafficking to overcome their trauma and find strength in their experiences.

Proceeds from the book will help cover the cost of his trip to India. He also has launched a GoFundMe campaign to raise money for the effort.

Sister Therese DelGenio of the Sisters of Notre Dame de Namur has known D’Souza and his family for nearly a decade and is working to help him spread the word about his trip.

“I’m hoping it will be a huge impact,” she said. “He’s so sincere and he’s so real that anything that he shares hopefully will break down brick by brick the wall of denial.”

D’Souza moved to Greater Cincinnati in 2003 based on the promise that he would be hired as a development manager for a local manufacturing company. He was told he would earn as much as $75,000 per year – a small fortune compared to his pay in India.

But the day he and his wife, Dancy, arrived, their employer picked them up from the airport and took them to work at an Indian restaurant that has since been closed.

That was the start of 19 months of 15-hour workdays without pay, the D’Souzas said. Their sons arrived in Cincinnati a few months later after completing the school year in India.

Before long, D’Souza began to feel like a failure as a father, husband and provider. He completely “lost his voice,” he said, and contemplated suicide.

Finally Dancy D’Souza confronted their employer. When it became clear that he had no intention of ever paying them, the D’Souzas summoned their courage and went to the police.

‘Moving from death to life’

Harold D’Souza said it took him years to regain his voice.

He and his wife finally shared their story with WCPO in 2014.

By 2015, he had become such an outspoken advocate for other survivors that then-President Barack Obama appointed him to the United States Advisory Council on Human Trafficking. He has continued to serve on the council under President Donald Trump.

D’Souza also is co-founder of Eyes Open International, a nonprofit that focuses on preventing human trafficking through research informed by survivors’ experiences.

During his trip, D’Souza said he plans to meet with India’s prime minister and encourage the formation of a council on human trafficking like the United States has. He also will be speaking at schools and churches and in front of any community group that will host him.

He knows it’s an uphill battle.

The International Labour Organization estimates that forced labor and human trafficking is a $150 billion industry worldwide with more than 40 million victims.

But DelGenio says now that D’Souza has found his voice again, she hopes the impact of his powerful story will be “exponential.”

“They really are preaching the gospel of moving from death to life,” she said of D’Souza and his wife. “So long as people become educated, aware and report what they see – if that’s all that happens, it’s one more person or one more family that’s being saved from this horrible evil.”

D’Souza said he’s determined to do everything in his power to make a difference.

He retired from his job at Cincinnati Children’s Hospital Medical Center earlier this year to focus on his advocacy efforts and has become even more outspoken since both his sons have graduated from college.

“People forget that every survivor is either a father or a husband or a son. Same way if it’s a lady – a daughter, wife or mother,” D’Souza said. “I don’t want any other family to go through that.”