How Dre'Sha Brown is breaking a cycle by raising her kids

'She is an inspiration. She is a success.' 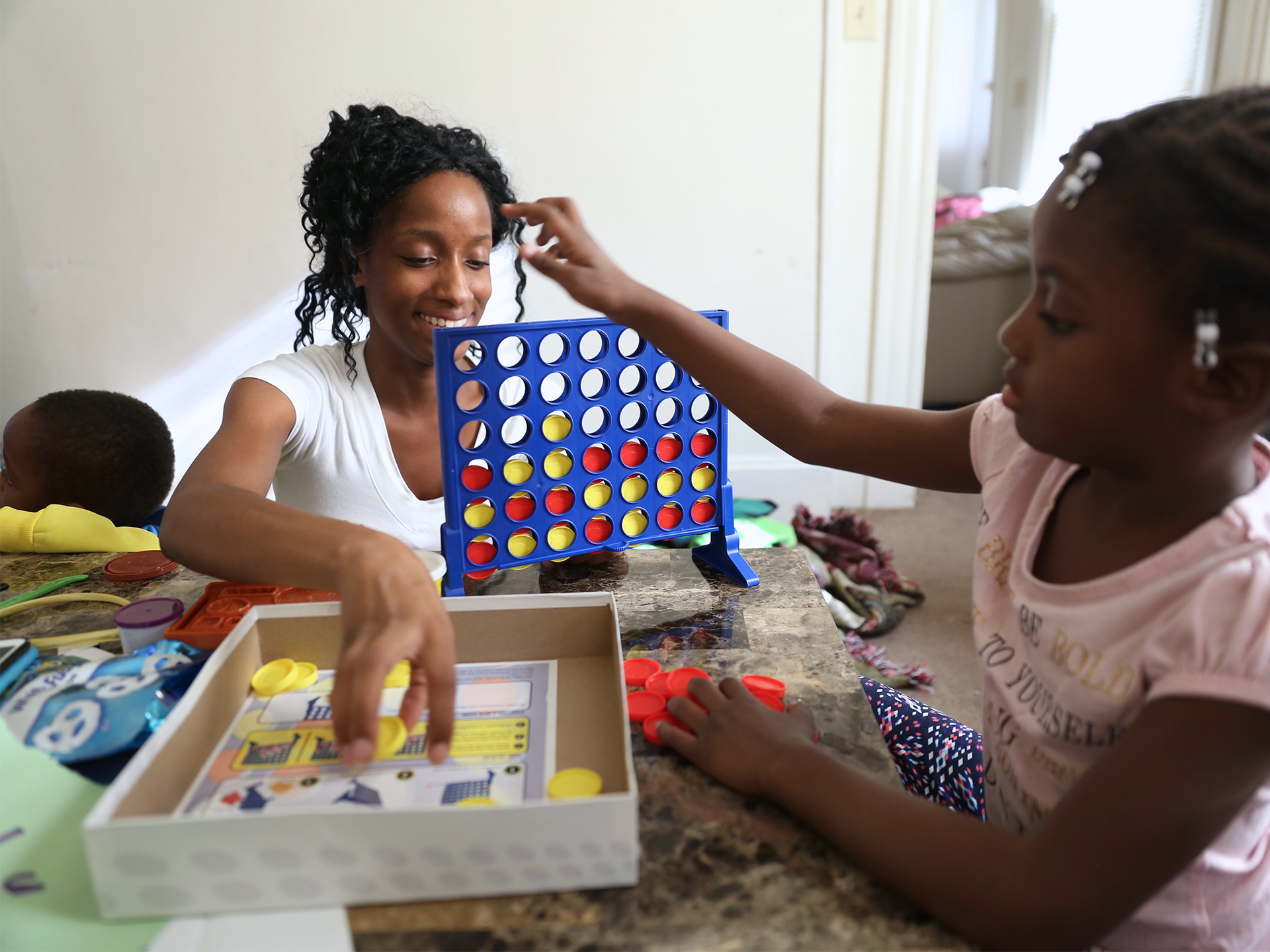 Dre'Sha Brown is determined to break her family's cycle and raise her own children. She hopes her story will inspire others, too. 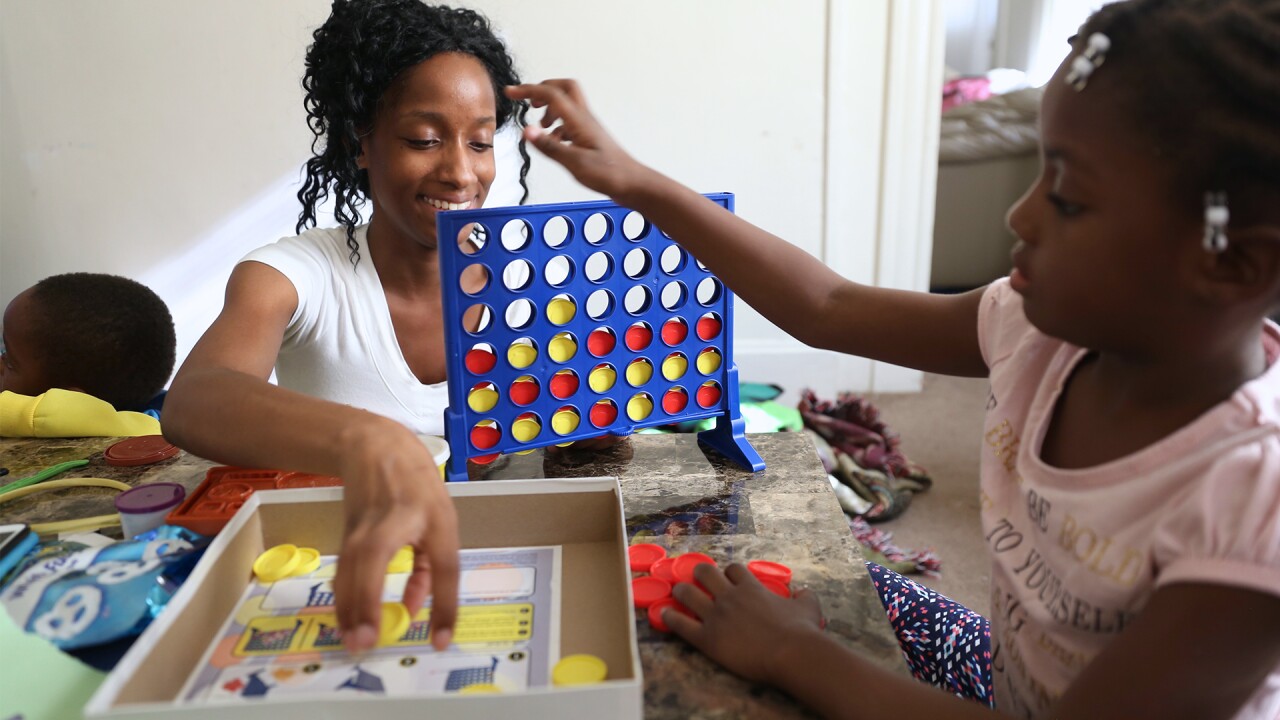 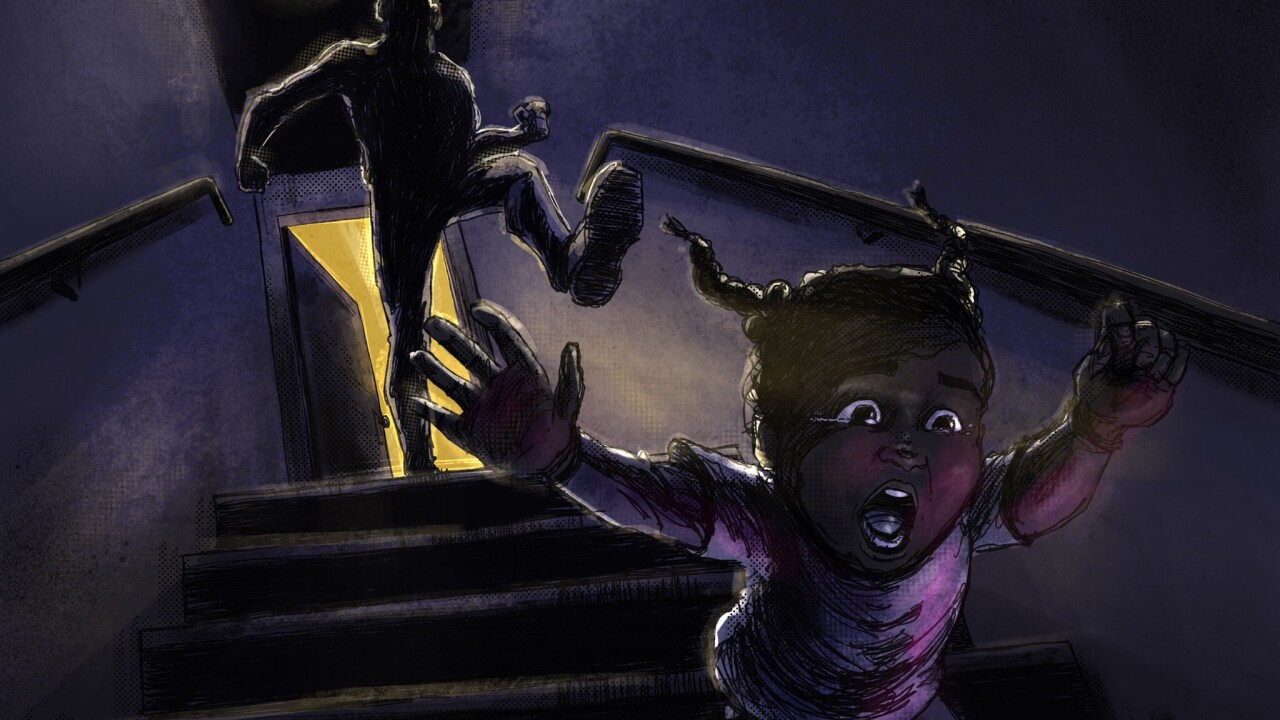 CINCINNATI — Dre’Sha Brown was only 2 years old when her mom’s boyfriend kicked her down the steps.

She was 7 when her aunt adopted her and her older sister to give the girls a more stable life. And about 14 when she went back into foster care because her aunt could no longer manage her behavior.

Brown doesn’t have any memories of the broken arm, fractured ribs and hemorrhaging eyes she suffered at the hands of her mother’s boyfriend.

But she remembers missing her mom and the ache of abandonment. She remembers moving again and again to different foster homes, sometimes refusing to unpack because she figured she wouldn’t stay long.

Those memories have shaped Brown’s life and have made the 22-year-old determined that her own three children won’t ever have to endure what she did.

“I refuse to let someone else raise my kids,” she said. “It’s like breaking a chain. Breaking a cycle.”

Brown talked with WCPO a half dozen times over the past year to share the pain from her past and her dreams for the future in hopes that her story might inspire others.

We interviewed the aunt who adopted her, the mentor who stuck by her and the court appointed special advocate who nurtured their friendship, even after Brown aged out of the foster care system.

We talked to a friend who relies on Brown for parenting tips and to people at the Family Nurturing Center where Brown works as she raises her kids and continues her college education.

“Breaking the cycle is not easy,” said Maggie Spring, a Family Nurturing Center program coordinator. “Or else people would be doing it all the time.”

Here’s how Brown is beating the odds.

No running water, no food

Her story begins without much hope.

Brown’s mom was living in Indianapolis when her boyfriend was watching the kids one day. The police report said little Dre’Sha wouldn’t stop crying, and that was the reason her mother’s boyfriend gave for kicking her down the steps.

Brown’s mom refused to press charges and moved the kids to Detroit where some extended family lived, said Larine Brown, the aunt who later adopted Brown.

The local child welfare agency took permanent custody of Brown while they were living there.

“Apparently my mother left me and my two sisters with our neighbor,” she said. “We had no running water and no food.”

Brown and her two older sisters got split up in the child welfare system and saw their mom during supervised visits while they were in Detroit.

When Dre’Sha was 7, Larine Brown and her husband adopted her and one of her older sisters and moved them to Cincinnati. The Browns had two children of their own and struggled to balance the needs of all the kids, Larine Brown said.

Both Dre’Sha and her sister were diagnosed with mental health problems, Larine Brown said. Dre’Sha struggled with depression and reactive attachment disorder, a condition that interferes with a child’s ability to form loving relationships.

“We were not prepared for it,” Larine Brown said. “We had them in therapy. Just a lot of intense therapy.”

Looking back, Larine Brown said she feels like she sacrificed her biological children to a degree to try to help her nieces. The situation was hard on her marriage, which eventually ended in divorce.

As Brown got older, her relationship with her aunt became angry and unworkable.

“When you become a product of chaos, you just don’t want anything else but your mom. I was literally standing in the way of them getting back to their mom,” Larine Brown said. “We really, really tried. It took her going through the system for her to make a change.”

Brown said she acted out, in part, because she felt like her aunt didn’t love her as much as her biological children. She left her aunt’s house when she was about 14 and told authorities she didn’t want to go back.

For her first year and a half back in foster care, Brown lived with a foster mom who let her do as she pleased.

“I was roaming the streets,” she said. “It was like I craved attention.”

She got pregnant when she was 15 and had her first baby at the age of 16. Her foster mom said she couldn’t take care of Brown while she was pregnant so she had to move.

“I moved a lot. It would probably be over 10 different foster homes,” Dre’Sha said. “It changed me a lot. I felt unwanted.”

It’s also when Brown met two of the most important people in her life: Tiffany McDonald, her mentor; and Joan Guenther, her court appointed special advocate, or CASA, through ProKids.

“When I met her the first time, she actually went to high school with my oldest son. He played basketball, and I went to one of his basketball games,” McDonald said. “She kind of did like a small wave at me kind of underhandedly. I would see her periodically at the games.”

McDonald kept running into Brown, and Brown seemed to need the kind of help McDonald could provide.

“I’m a social worker,” she said. “If somebody comes to me for help, I’m supposed to help them.”

McDonald went through mentor training so she could establish a more formal relationship with Brown and began helping her through problems and offering advice.

“Like many foster girls, Dre’Sha craves love, and she looks for love in all the wrong places. And usually it’s a man that doesn’t really mean her any good,” McDonald said. “I started talking to her about loving yourself more.”

At the same time, Guenther was advocating on behalf of Brown in Hamilton County Juvenile Court as her CASA.

“She’s a very pretty girl, and she was very, very sweet,” she said. “She wanted a family so bad. They would give her a little bit of hope, and then they would poop all over her.”

The relationship wasn’t easy. Brown questioned Guenther’s intentions and accused her of being nosy.

“I think she was trying to push me away before I left her,” Guenther said. “She told me more than once to get out of her life, but fortunately I hung in there.”

Brown was 17 when she became pregnant with her second child and began living on her own with her daughter and baby boy.

During a violent argument one night, her son’s father tried to smother Brown with a blanket and threw a boot at her while she was holding their son, she said.

Neighbors called the police, and Brown explained what happened. Hamilton County Job & Family Services took custody of her children out of fear that she couldn’t keep them safe.

Brown was devastated. She struggled for a while with why she was being punished for being the victim of domestic violence before she understood that she had to make choices to keep her children safe.

She followed her case plan, attending parenting classes and domestic violence classes. She had supervised visits with them at the Family Nurturing Center, the place where she now works.

“It was like I was following in my mom’s footsteps, and I didn’t want that to happen,” she said. “I had to get myself together.”

Brown did everything she was supposed to do, McDonald said. She was furthering her education at Cincinnati State and holding down a job.

Her kids were in foster care for eight months, and the last couple that had them hoped to adopt them.

“I was like, no, no. That’s not going to happen,” McDonald said. “I started working with her on making better decisions.”

Regaining custody of her children meant everything to Brown, she said.

She had a third baby, a daughter, just a few months after she emancipated from the foster care system when she was 20. She now lives with her daughters and son in a home she rents in a neighborhood she can’t disclose because of the protective order against her son’s father.

She earned her associate’s degree from Cincinnati State this month and now is applying to the University of Cincinnati to earn her bachelor’s in social work.

She worked for about 18 months as a co-op student at the Family Nurturing Center, a place that played such a painful but important part in her life. Now she works there as a substitute case aide.

She has helped supervise the visits that moms and dads have with the children who have been removed from their custody. She has taken phone calls from parents who are confused about visiting hours or frantic about transportation.

She knows how the system works because she has been there.

“She is an inspiration. She is a success,” said Terri Shelton, who was Brown’s work study supervisor. “Not everybody is resilient. Not everybody is able to succeed. But she is.”

Keyahsha Spikes has become one of Brown’s close friends. Spikes is a single mom herself and also spent time in foster care. Guenther introduced the two young women, thinking they had a lot in common and could help support each other.

Spikes started off hoping to be a positive influence on Brown and now gets parenting tips from her.

“I consider her a sister,” Spikes said. “I just love her so much because she has such a positive, stubborn outlook on the world. She’s going to get it done her way, but it’s going to get done.”

Brown has been working to rebuild her relationship with her aunt, and Larine Brown said she is proud of the young woman her niece has become.

Larine Brown knows how difficult it is to break the cycle. She did it herself, after all.

“I wasn’t blessed with a mother in my life, but I was blessed with so many strong women that I didn’t lack,” she said.

Dre’Sha Brown has strong, loving women in her life now, too.

“We used to call it Team Dre’Sha. And for a long time she pushed us all away and wouldn’t have it,” Guenther said. “And now she reaches out and tries to get advice and support and help. It took a lot for her to do that.”

Brown said she knows she still has a lot to learn, but she takes pride in how far she has come.

“It makes me feel like a better person because I did break the cycle, and I don’t want to go back to that,” she said. “You might come from somewhere. But that doesn’t make your future.”