How diapers, socks and underwear help hundreds of Hamilton County kids in the child welfare system

'The need is immense' 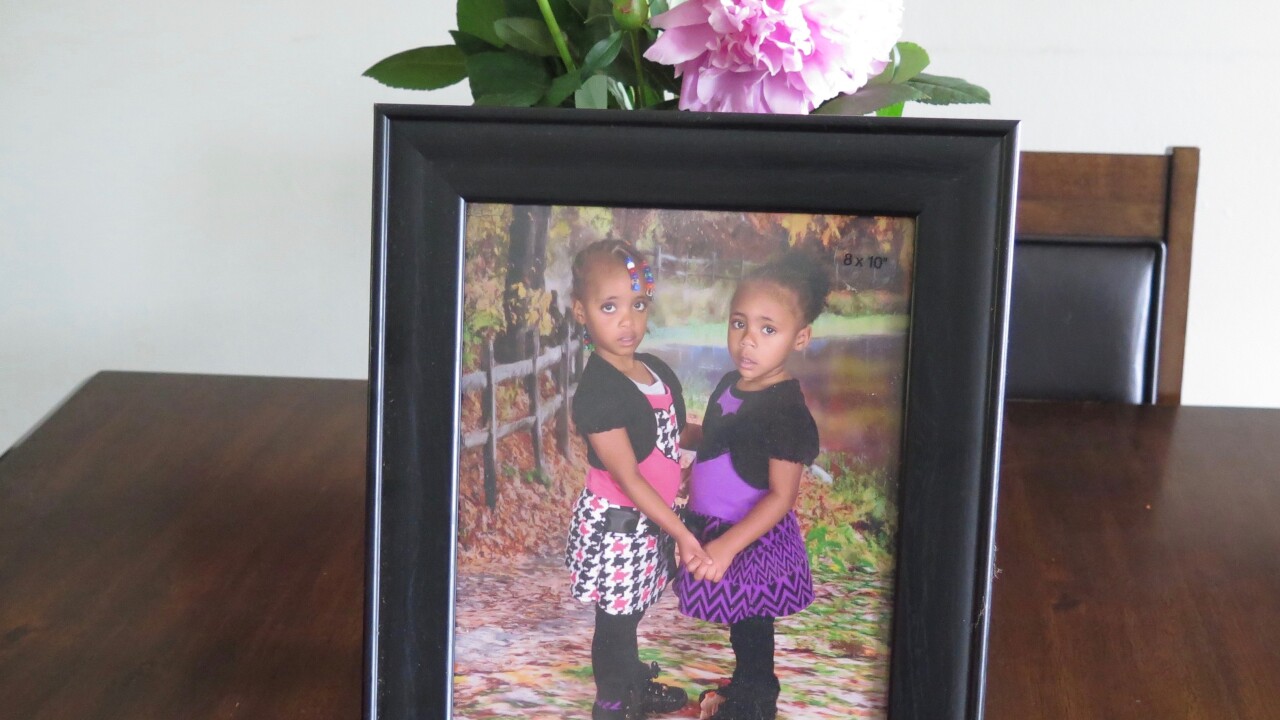 Lucy May | WCPO
Tamecka Jones took care of her nieces, pictured above, for two years as a kinship caregiver and a foster mom. 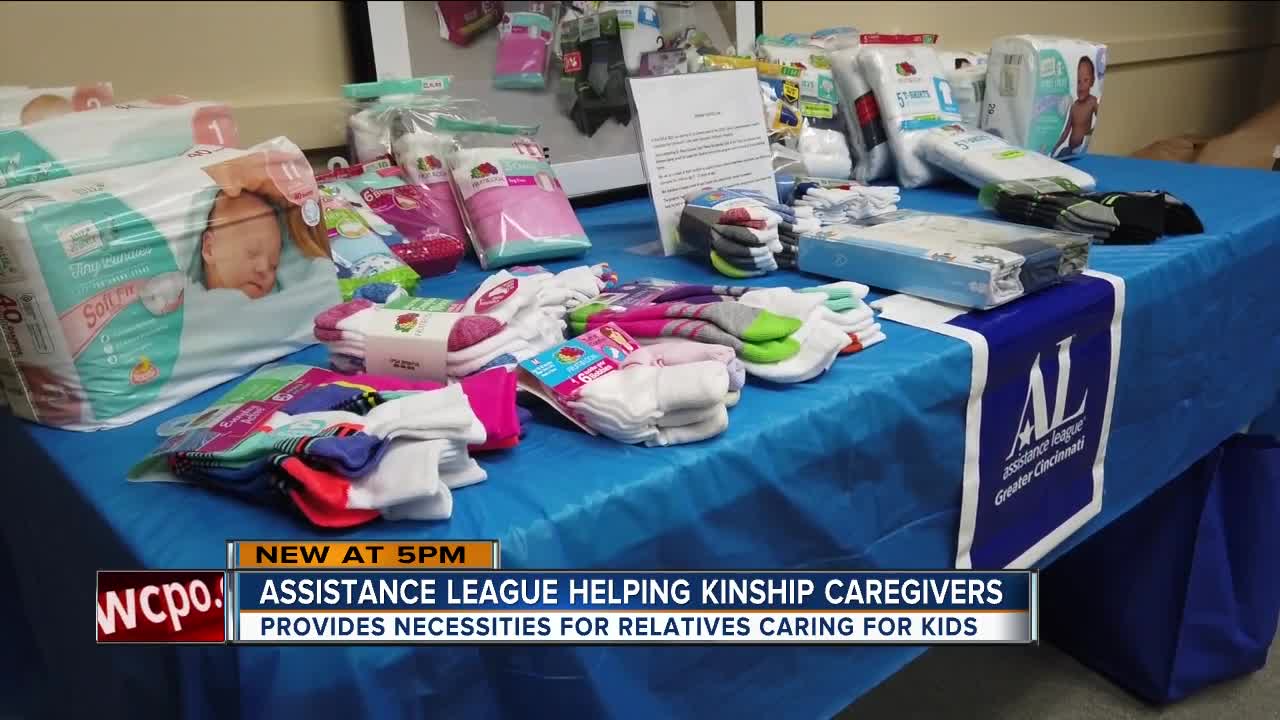 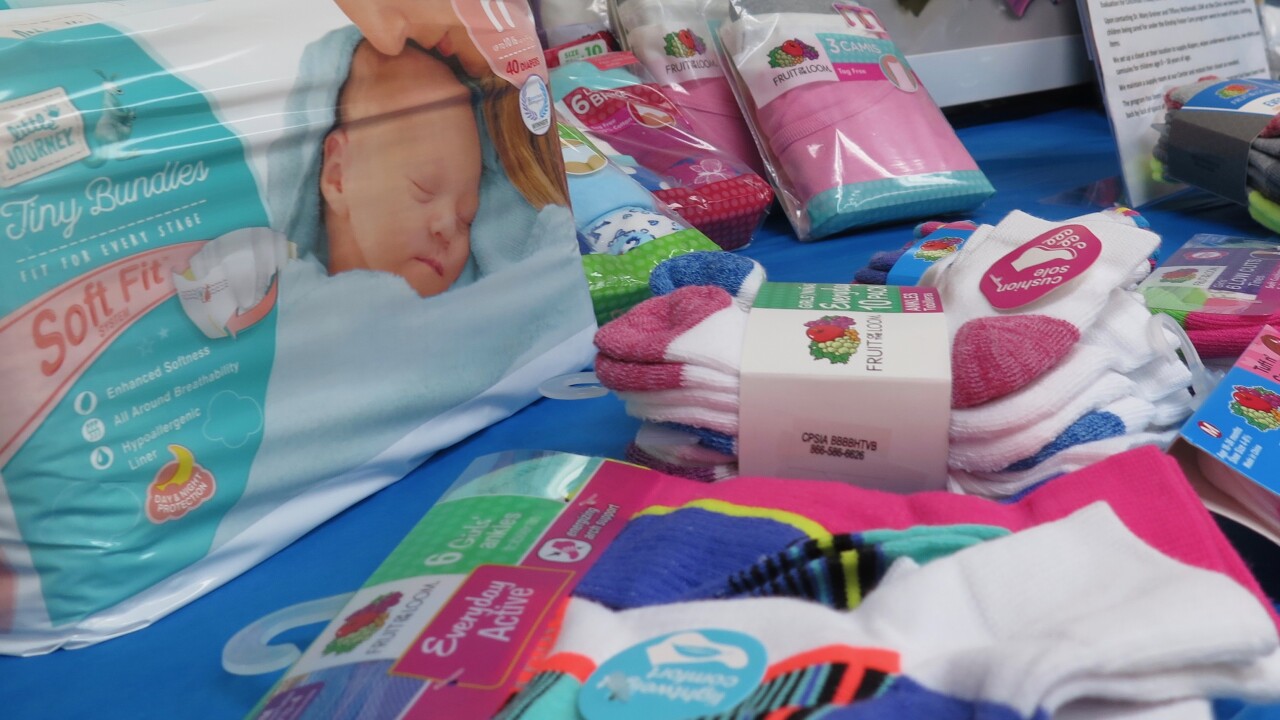 CINCINNATI — The call came for Tamecka Jones at 6:30 in the morning: Her baby nieces were being removed from their mother’s custody. Would she take them?

“Foster care sounds bad to families,” she said. “I didn’t want my nieces to have to go into foster care with someone that they did not know.”

Jones was at her sister’s place in 45 minutes and picked up the girls from there. But as much as Jones loves her nieces, bringing a 1-year-old and 2-year-old into her house with her own two children was a financial hardship.

“It was a disaster,” Jones said. “I didn’t really have a lot of support when I became kinship so I wiped out savings accounts, I wiped out checking accounts to make sure the girls has the things that they needed.”

Throughout Hamilton County, a growing number of families are feeling that strain. Hamilton County Job & Family Services has been working harder to place children with kinship caregivers -- relatives or other adults the kids have a relationship with -- because that helps keep kids connected to family and their own history, said Brian Gregg, the agency’s assistant director of communications.

In 2018, for example, nearly 42 percent of the more than 3,000 children who spent time in Hamilton County’s custody had at least one “kinship” placement, Gregg said.

But adults who provide kinship care don’t get the financial help that licensed foster parents do.

The Assistance League created the pilot program at the request of The Carol Ann and Ralph V. Haile Jr./U.S. Bank Foundation, which is funding the program. The league will highlight the Kinship Foster Care Program during its Ninth Annual Aspire Cincinnati Award Luncheon on May 17, and proceeds from the event will help support the program.

‘Would have meant the world’

“With all the opiate deaths and stuff, it's just such a growing program. I mean, the need is immense,” said Phyllis Dix, the Assistance League’s vice president of fundraising.

The program served nearly 300 children in 2018 and expects to help more this year.

It’s one of a number of programs the Assistance League operates to provide support to those in need by working closely with Greater Cincinnati schools, colleges, hospitals and women’s shelters.

The luncheon is one of several fundraisers that the league holds each year to support its volunteer efforts, said Rosanna Nelson, chair of the Aspire Cincinnati Award Luncheon.

“Our original project was the assault survivors kits, providing care kits to women who has been victims of assault,” Nelson said.

Other programs provide supplies for students starting college for the first time and home goods for women who are leaving homeless shelters and getting their own places.

Assistance League volunteers jumped at the opportunity to help kinship caregivers when the Haile Foundation approached the group, Dix said.

Jones said the Assistance League’s program would have been a big help to her when she was taking care of her nieces a few years ago.

The financial burden can be too heavy to bear for some kinship caregivers, leading to yet another move for the children who already have been removed from their parents, said Tiffany McDonald, a social worker at the CHECK Foster Care Center.

That can result in children changing placements, and that adds to the kids’ trauma, she said.

“One of my personal goals, although I don’t have the responsibility of a child welfare worker, is if I can help preserve a family and maintain the child in that placement, we like to do that as much as we can,” McDonald said.

The Assistance League program helps with that by giving kinship caregivers a bit of the extra support they need, she said.

“A lot of times they may come with the underwear they have on their bottoms,” McDonald said. “We’ll do whatever we can to help them.”

McDonald said she encourages kinship caregivers to consider becoming licensed foster parents if they can so they can get more financial help for their bigger-than-expected families.

That’s what Jones ended up doing. She was a kinship caregiver for the first year and three months that she had her nieces and a foster parent through Beech Acres Parenting Center for the rest of the two years they lived with her.

As a kinship caregiver, she received $360 per month for childcare to cover both girls, she said, even though childcare cost $400 per month.

Hamilton County JFS announced earlier this month that the agency would start paying a monthly stipend of $350 per child to kinship providers.

That’s not as much as foster parents receive, but Gregg described it as “a little financial boost.”

Jones said that would have made a big difference to her during the first 18 months she had her nieces.

“It was a struggle,” she said. “It was definitely a struggle.”

More information about the Assistance League of Greater Cincinnati and the organization’s Aspire Cincinnati Award Luncheon is available online.