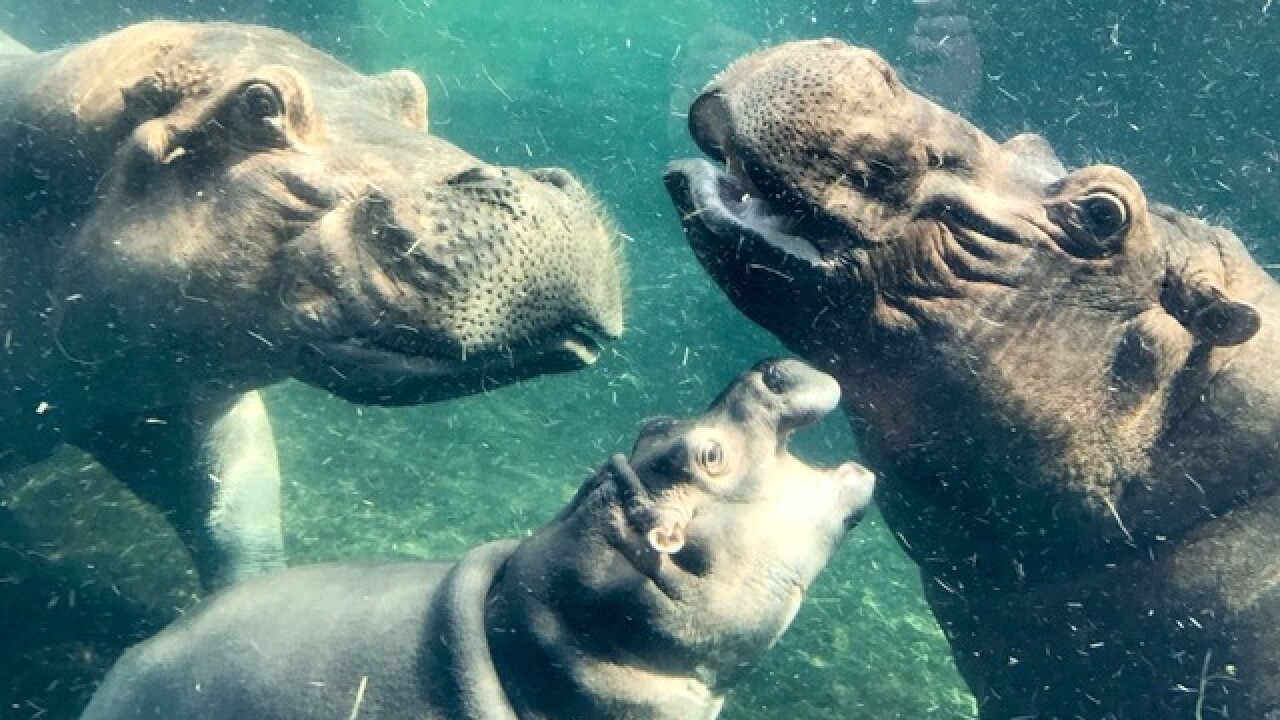 Copyright 2017 Scripps Media, Inc. All rights reserved. This material may not be published, broadcast, rewritten, or redistributed.
Cincinnati Zoo and Botanical Garden
<p>CINCINNATI. July 12, 2017. Henry joined Bibi and Fiona in the outdoor pool for the second time Wednesday morning. They were out for about two hours before the zoo opened, and did well together. Bibi watched out for Fiona and intervened when Henry was too close or too rough. Fiona did not shy away from Henry. She initiated many of their interactions and stayed close to both parents most of the time they were out.</p>

UPDATE: Henry the hippo has died, according to the zoo. Click here for updates.

CINCINNATI -- Henry the hippo could really use some love right now.

It's been a tough few months for the Cincinnati Zoo's beloved behemoth: He's lost his appetite, only to regain it and lose it again; fought off a serious infection; and his kidneys appeared to be shutting down.

Veterinarians and care staff have been trying to bring him back to health, but he continues to slide.

The most telling line in a blog post Monday: "We're doing everything we can to keep him comfortable."

Henry, maybe most famous for being Fiona's father, is 36 years old; according to the zoo, the median life expectancy for a Nile hippo is 35. He came to Cincinnati from Dickerson Park Zoo in Springfield, Missouri.

His declining condition comes near the tail-end of a pretty joyous year for hippo staff: They nurtured Fiona into childhood after she born six weeks early and half a calf's normal birth weight. The entire hippo bloat -- Henry, Fiona and mother Bibi -- were all reunited just a few months ago.

Fiona's long journey made her an international sensation and brought the zoo a big dose of good-will after the death of beloved silverback Harambe last year.

As they now worry about Henry, the zoo team is "eternally grateful for the endless love and support you’ve shown us and our animals, especially through the toughest of times."

You can visit the zoo's blog to share some words of support.