From the Vault: Vietnam War protests led to early end for UC and Miami's school year in 1970 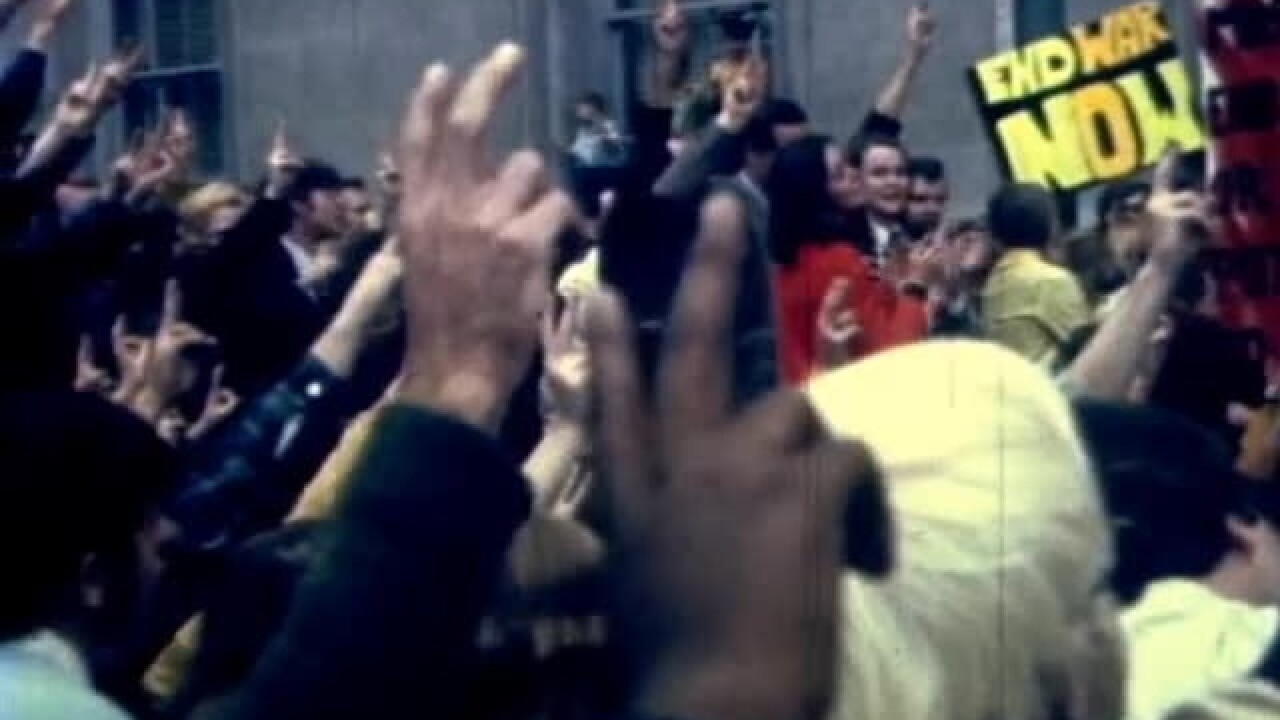 College kids are heading home for the summer and graduating in coming weeks.

In 1970, the University of Cincinnati and Miami University students headed home a few weeks early — but others ended up in jail.

April and May 1970 saw a rash of protests at colleges across the country. In the Tri-State, thousands of students participated in marches, sit-ins and even a building siege. Hundreds of students were arrested as a result.

Miami’s protests began on April 15, 1970. Students’ list of demands included no academic credit for ROTC, removing ROTC from campus within one year, “no reprisals or repressions” against student demonstrators and “a vote of support for all the black demands made on campus,” according to the Miami Student.

The protest began as a peaceful march on the Roudebush Hall lawn, the Miami Student reported. At the end of the march, more than 300 students went to Rowan Hall, the school’s Naval ROTC building. The students overtook the building.

WCPO’s archive scripts called the protest “disorders,” but said they remained peaceful. Later in the evening, the group of protesters voted against occupying a second building.

Miami’s President Philip Shriver called 700 National Guardsmen to campus to help tame the protests. The guardsmen were criticized for their liberal use of tear gas. The Miami Student said “there were reports that the tear gas left some people temporarily paralyzed."

At one point, Vice President for Student Affairs Robert Etheridge spoke to student demonstrators in the ROTC building, the Miami Student reported. When the students refused to move, Etheridge said “students present at this point are no longer students at Miami University.”

In the days that followed, Miami students boycotted class.

In following weeks, protests were widespread at colleges across the country. President Richard Nixon's invasion of Cambodia triggered dozens of protests on May 1.

On that day in Cincinnati, 2,500 UC students staged a sit-in the intersection of Fifth and Walnut streets, according to UC Magazine. A total of 145 UC students were arrested. The arrests were peaceful, but they didn’t stop protesting.

Xavier University didn’t hold any widespread protests, but some 500 students joined UC in the May 1 sit-in downtown, according to XU Magazine. Anti-war sentiments on Xavier’s campus "were muted by the large presence of ROTC on campus,” the magazine reads.

Three days later, protests became somber: Four students were killed and nine were injured at Kent State during protests. Classes were canceled at UC and Miami.

Four days later, UC’s Board of Directors canceled classes for the year. Faculty agreed to grade the spring quarter on a pass/fail scale, UC Magazine said. Many students didn’t return for graduation in June.

Miami technically reopened on May 18, but many students returned home for the summer in the two-week span. Miami's school year essentially ended mid-May.