From The Vault: 'Touchdown Jesus' goes up in flames after lightning strike in 2010 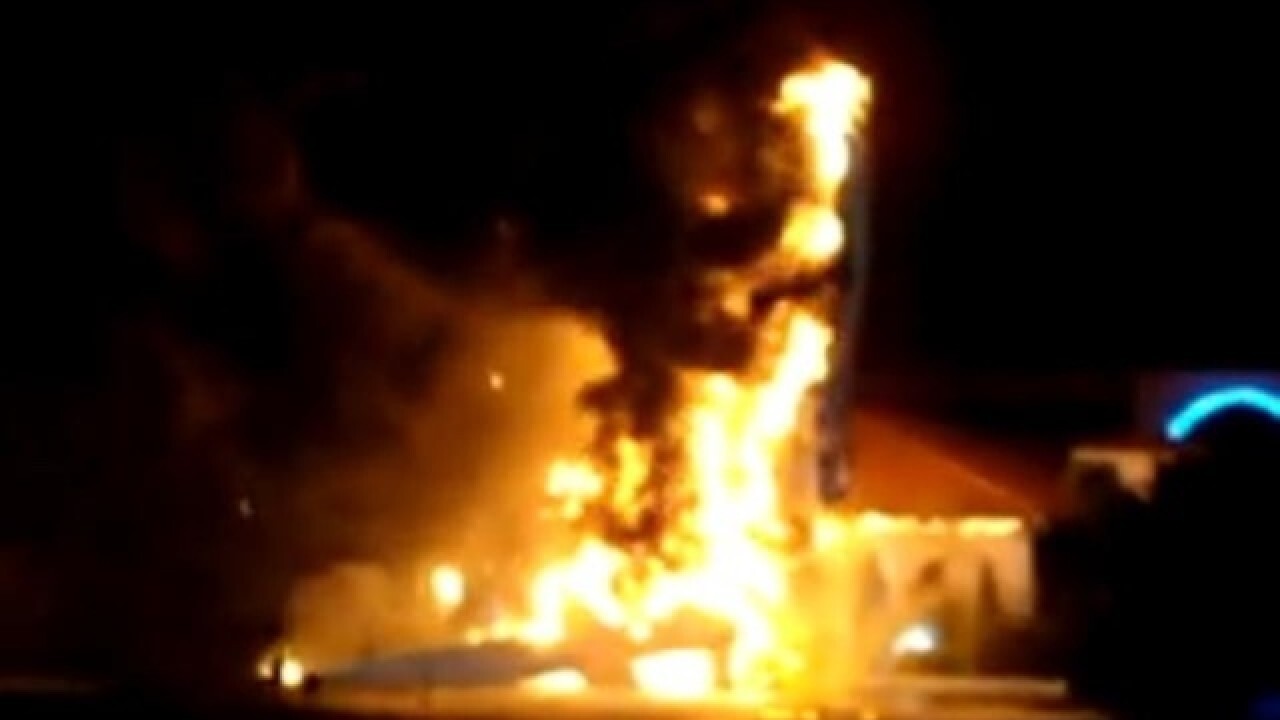 King of Kings statue at Solid Rock Church - commonly called &quot;Touchdown Jesus&quot; - burns after being struck by lightning on June 14, 2010. 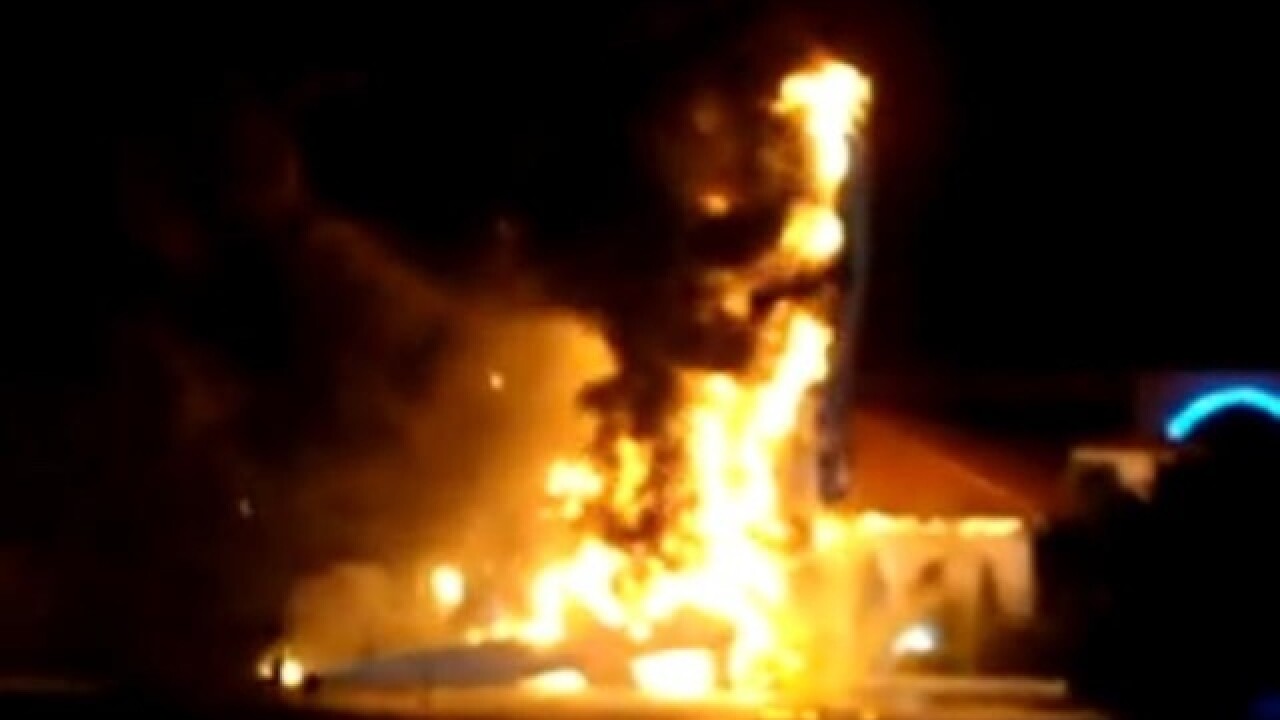 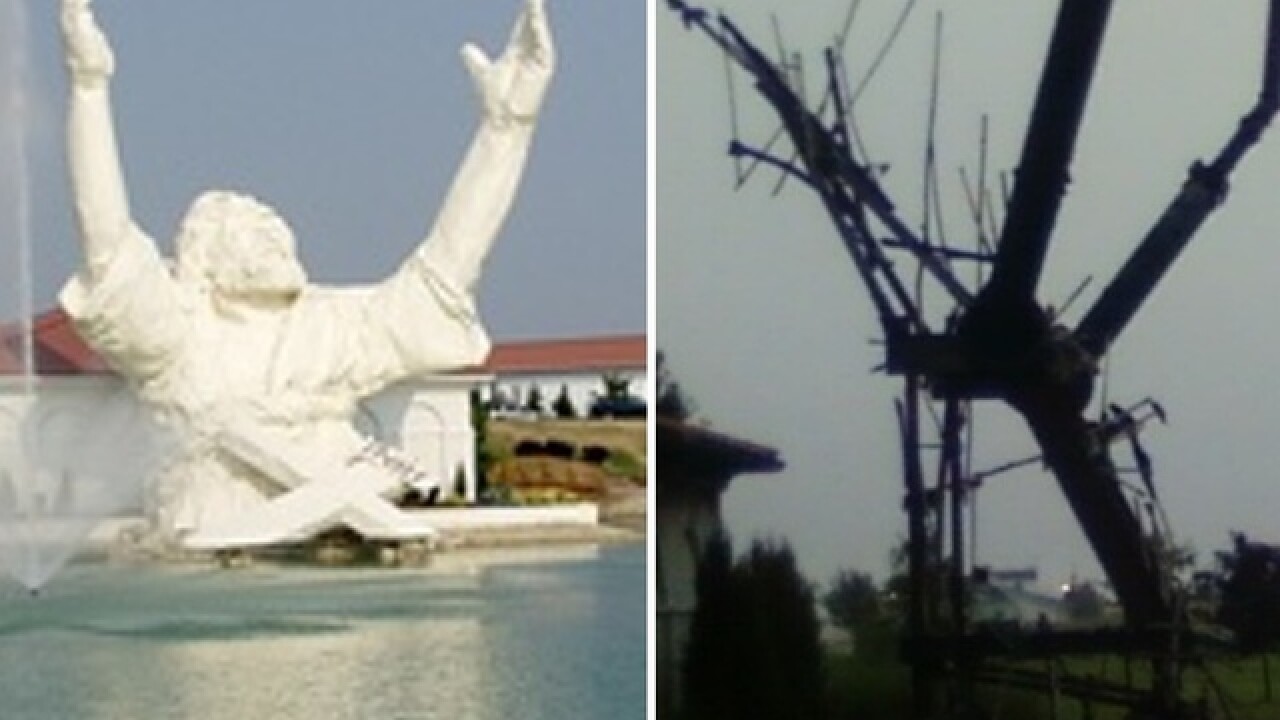 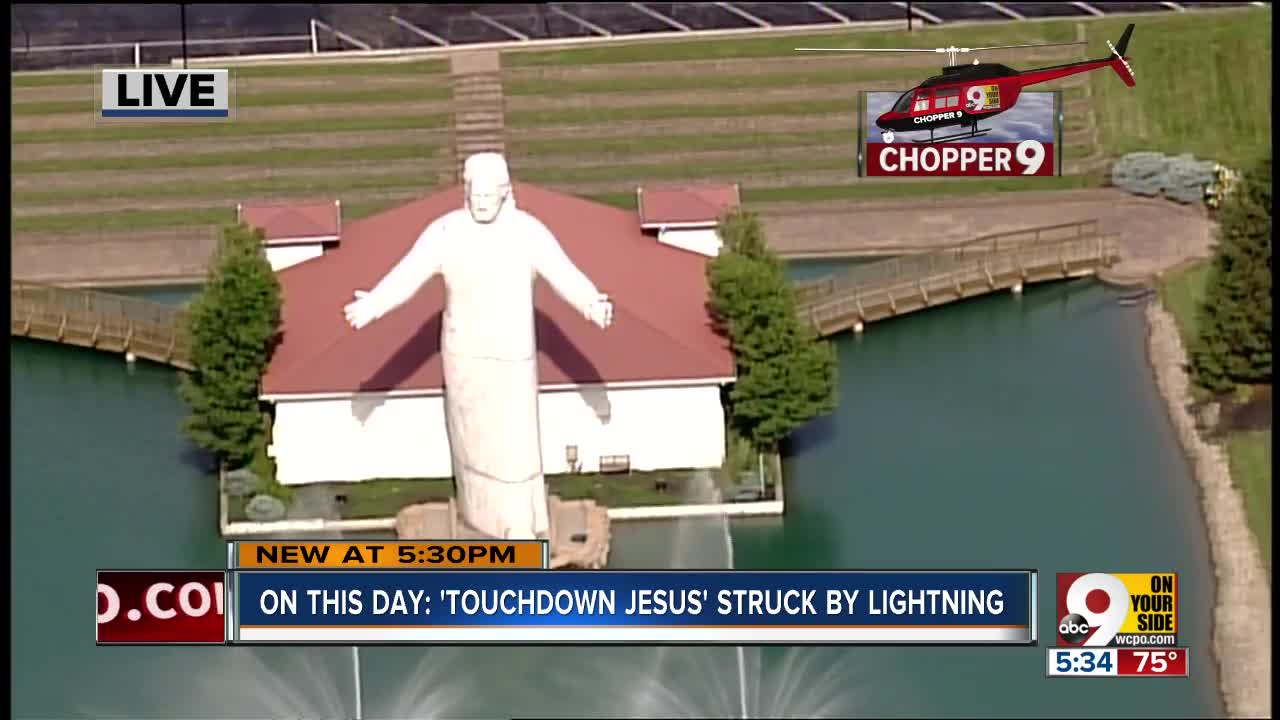 This story was originally published in 2017 as part of WCPO's "From The Vault" series about local history.


The Hustler Hollywood store across the street was left unscathed; the irony was immaculate.

The statue, actually named "King of Kings," got its most prominent nickname because its upraised arms mimicked the referee signal for a touchdown. (Not to be confused with Notre Dame Stadium’s Touchdown Jesus mural.) Another nickname was “Big Butter Jesus,” as the statue looked like a butter sculpture.

It was about 11:15 p.m. when the statue was struck by lightning during a severe thunderstorm.

"I never thought this would be vulnerable. It was a real tragedy," Monroe Fire Chief Mark Neu said at the time.


Callers told 911 operators that Jesus’ right hand was struck by the bolt of lightning that sparked the fire.

Neu said spectators crowded the interstate as crews put out the fire. Dozens of cars pulled over so people could watch the flames and take photos and video.

“It should have protected (the statue), but it didn’t,” Neu said. “Just like in your homes or other buildings, lightning goes in all different places within a structure.”

After the statue burned, the church displayed the message “He’ll be back” on its electronic sign — which easily lent itself to the nickname “Terminator Jesus.”

“The first Jesus was resurrected after three days,” said Darlene Bishop, pastor of Solid Rock Church. “It’s going to take us a little longer than three days, but he will be back."

WATCH exclusive Chopper 9 video of the new statue below:

A surprising ally came forward to join the rebuilding efforts: PETA. The animal rights organization offered to help fund the construction through an “anonymous member who is a devout Christian” if the church promised to promote veganism.

Pastor Lawrence Bishop didn't take PETA up on the offer.

“They want to build a statue free if it would advertise them, which is a ridiculous idea because that statue is not to promote any agenda,” Bishop said. “And I do not agree with PETA’s agenda.”

Construction of the new Jesus began in June 2012, two years after the fire.

The new Jesus was initially named “Come Unto Me,” but the name was later changed to "Lux Mundi” (which means "Light of the World” in Latin).


The new statue is affectionately known as “Hug Me Jesus.” He’s standing upright with his arms outstretched; the new statue was set atop boulders to give the appearance of the statue walking on water.

The new statue was designed by Tom Tsuchiya, who since has designed and created the Reds statues outside Great American Ball Park and designs the plaques for Baseball Hall of Fame inductees.

WATCH completion of the new statue below: