From The Vault: Take nostalgic look at Coney Island rides 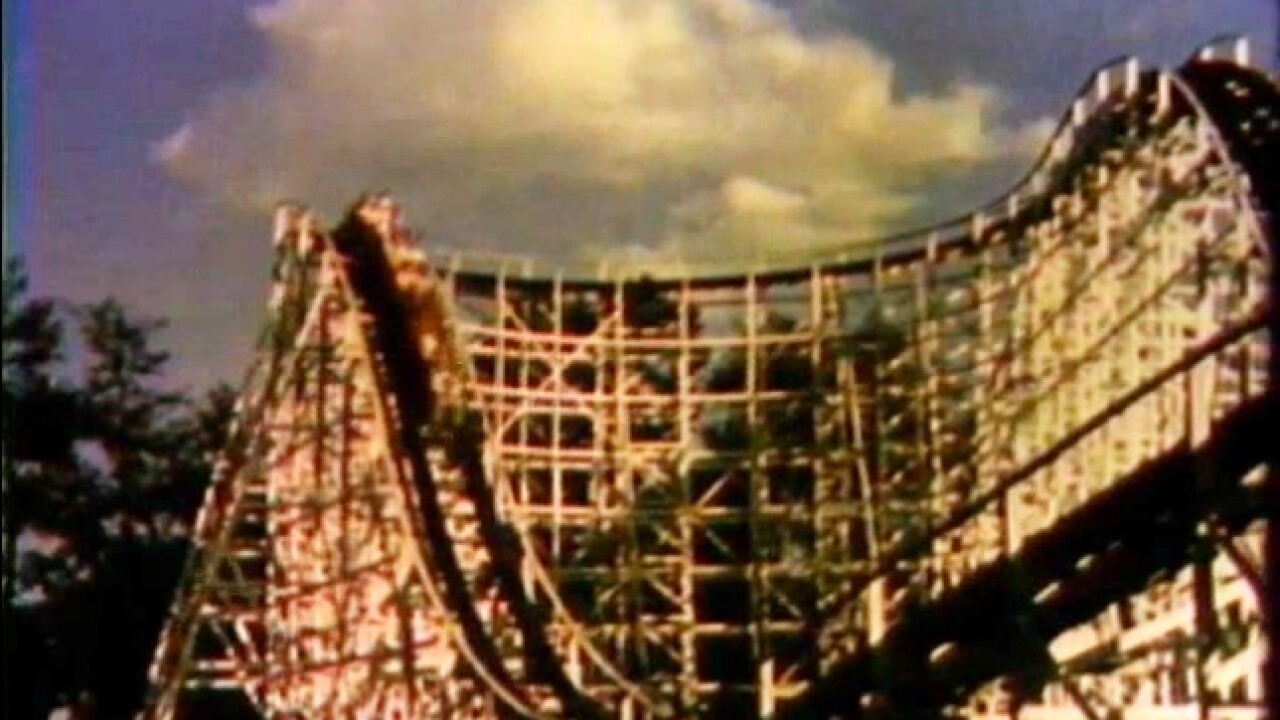 Copyright 2019 Scripps Media, Inc. All rights reserved. This material may not be published, broadcast, rewritten, or redistributed.
WCPO
Coney Island in 1960 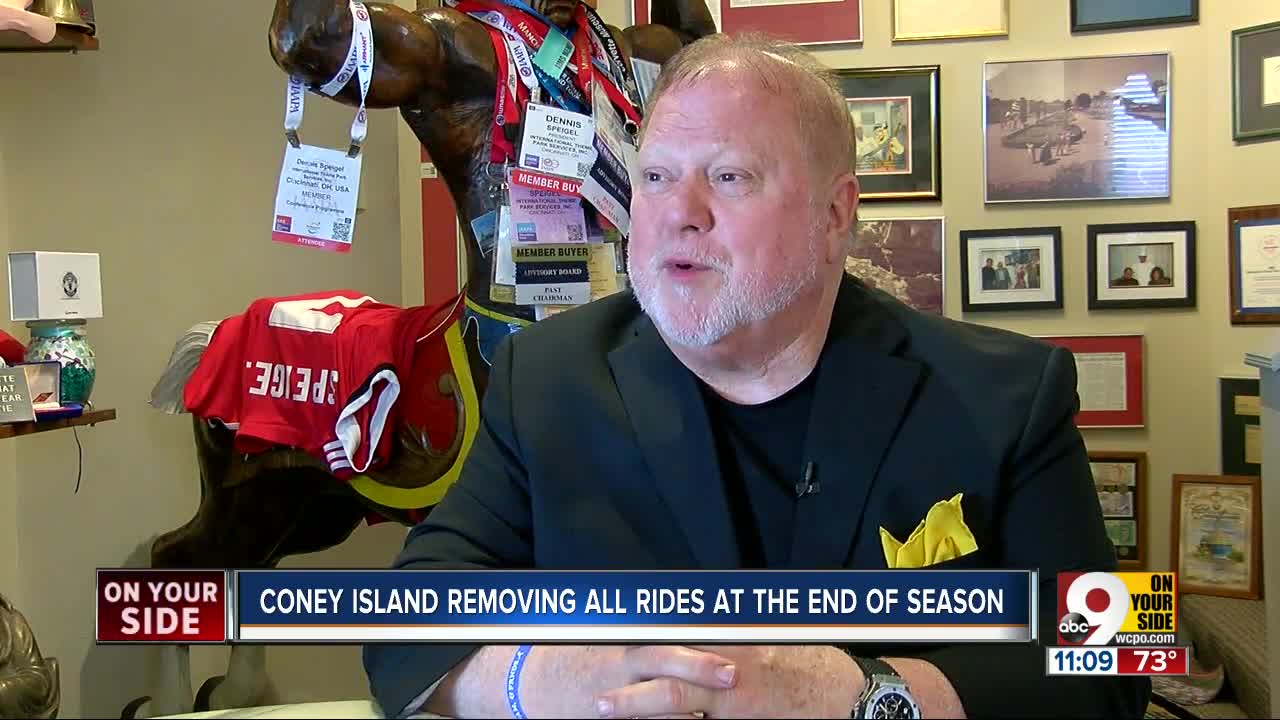 CINCINNATI — Coney Island opened its first roller coaster, called Dip The Dips, in 1911. That was just one milestone in a long history of fun attractions at the park where Walt Disney used to visit to get ideas for Disneyland.

Now, 108 years later, the rides at the popular east-side, Ohio River landmark are just memories. Coney closed its rides for good Saturday on the last day of the park season. When it reopens next spring, it will be a water park only.

TAKE a nostalgic look at Coney Island rides in the 1960s and 70s:

Soon, the 21 rides still at the park, including the Python, Scrambler, Tempest and Tilt-A-Whirl, will be sold and disappear with long-ago favorites like the Shooting Star, Wild Mouse, Lost River and Wildcat. Not to mention the Sky Ride, Turnpike, Carousel and others that were removed in the 1960s and 70s, when Coney closed for two years - and nearly forever.

Like generations of Tri-Staters, Dennis Speigel, who now runs a company that oversees theme park projects in several countries, has many fond memories of Coney - and moreso. He started working there in 1959 as a ticket-taker while he was in high school.

WATCH the Log Flume and Sky Ride that were moved to Kings Island:

“Fifteen cents per person to get in, and 25 cents for your car,” he remembered.

“Coney Island has been a wonderful place for millions and millions of people to have fun,” said Spiegel, who eventually became assistant manager there.

He proudly told WCPO the story about Disney’s visits to the park on Kellogg Avenue.

“A lot of people don’t know that Walt Disney came to Coney Island many, many times to get ideas for Disneyland in California,” Speigel said. “He was here a lot to see how a well-run amusement park occurred. At that point in time, there were no theme parks.”

According to Speigel, Coney was “the Disney World of the time.”

Regrettably, Coney Island did not admit African-Americans until the 1950s, when Marian Spencer led a fight to integrate the park. That launched her career as a civil rights pioneer.

By 1970, Speigel was helping manage the park and spent parts of his night shifts waving at Shooting Star riders from the catwalk.

“Shooting Star was my favorite ride. I used to walk up when I managed the park at night. Walk up the catwalk, stand at the bend, as the car came by me I’d look at the people and say, ‘Have a nice trip!’ ” he said.

“Coney Island was called America’s finest amusement park,” Speigel said. “It had that notation from the industry itself. It was a wonderful park. Wonderful location. Unfortunately, the industry outgrew the size of Coney Island.”

Coney’s history started in 1886 with a dining hall and dancing hall built on an apple orchard. Over the years, different owners added rides, carnival games and a huge picnic grounds. Moonlight Gardens, which featured dancing and live bands, was a popular place for dates. In the 1960s, there were even water skiing shows on Lake Como and an acrobats show above the midway.

A steamboat ferried people to Coney Island from 1886 to 1947. Beginning in 1925, the Island Queen made five trips a day from the Public Landing Downtown to Coney and back. That ended on Labor Day 1947. A week later, the Island Queen blew up. Once in while, the mighty Delta Queen would stop at Coney. That happened for the last time on Labor Day 1971, when the park officially closed for good.

“We’d have to move somewhere. Coney Island in its entirety, including Riverbend and all the parking, is only 155 acres," Speigel said.

Within days, crews were dismantling Coney, removing rides and trucking them to Kings Island.

Within a few weeks, heavy machines were called in and demolished the Shooting Star.

That was supposed to be the end for Coney. Once Kings Island opened the next spring, in April 1972, Taft planned to sell Coney to developers. Instead, with most of the rides gone, Coney reopened in 1973 with its top draw intact.

Now, park operators say they’re removing the rides to put a “singular focus on (the) water park experience” and make the park “the region’s premier swim and play destination” in time for Sunlite Pool’s 100-year anniversary in 2025.

Speigel said he understands the reasoning behind the park’s decision.

“It’s going back to its roots of being a picnic, special-events type of park,” he said.

“There’s been a tremendous amount of nostalgia for Coney Island,” Speigel said. “I’m sure some of that has waned throughout the years because people have gotten older who went there and had their fun memories.”

As times change, Coney has to keep up, he said.

“I look at what they’ve done in the last few years with the expansion of the pool area. You could see this coming,” he said.

“I’m sure they’ll be looking at this from a long term. This isn’t just a one-year plan. It looks to me like it’s a five-year plan, which is what you need to do in this type of business.”

SEE other video and stories about Tri-State history in our  "From The Vault" series.