From The Vault: Strippers hold nude wedding for cameras at Brass Ass club in Newport in 1976

Watch archive video in the player below 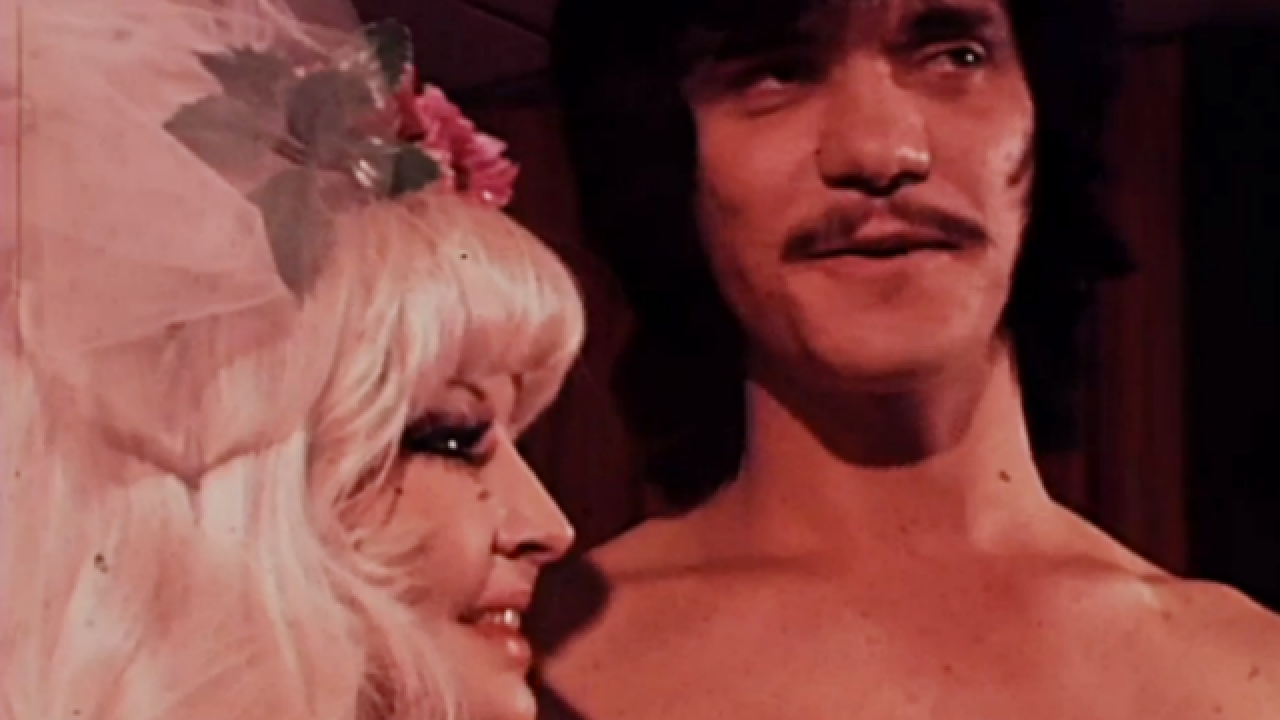 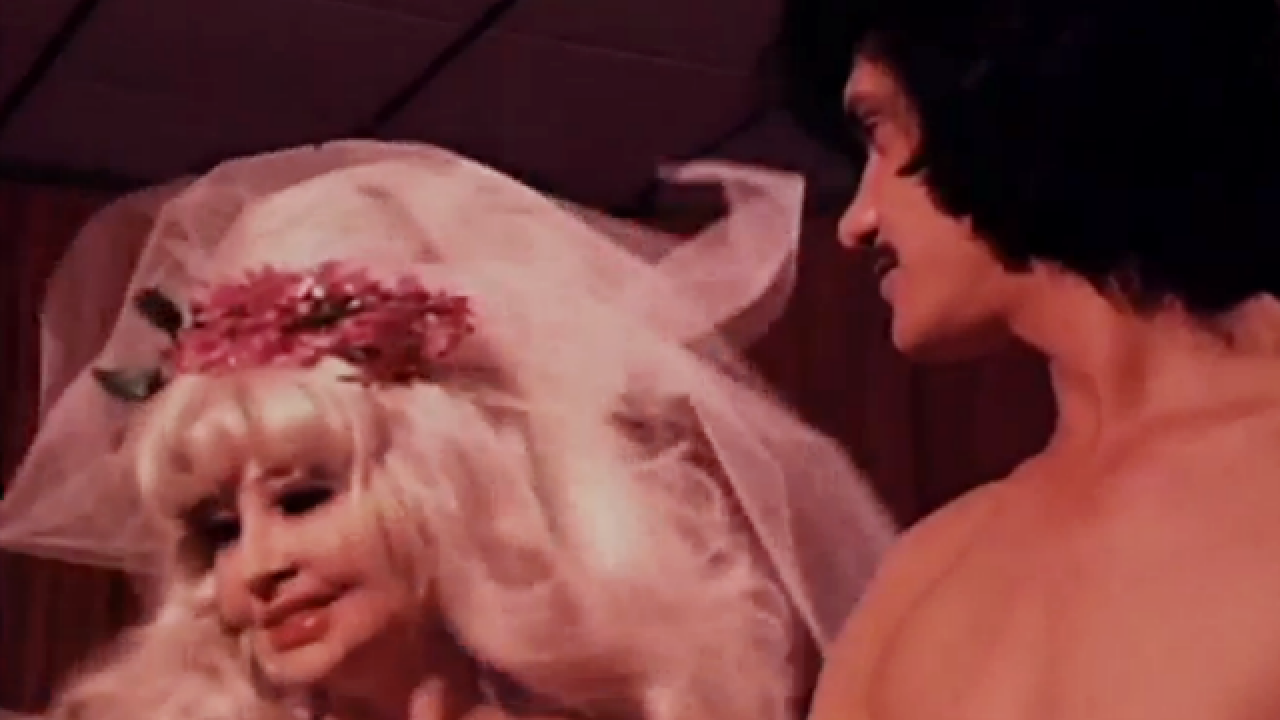 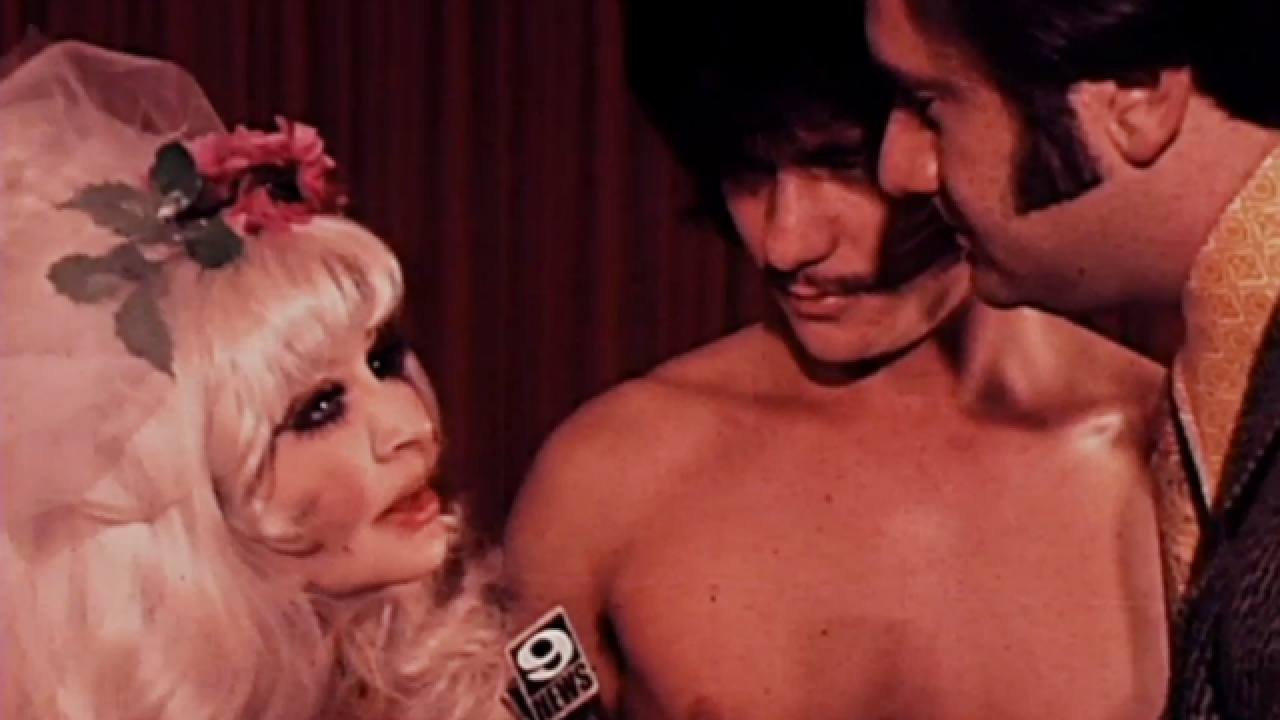 NEWPORT, Ky. – “Here comes the bride, all dressed in white” took on new meaning for Linda Brigett, who wore a white veil, slippers and nothing else for her 1976 wedding to Joe Krosclair at the Brass Ass strip club.

While in one sense it was a traditional wedding – with a maid of honor and best man, bridesmaids and even a flower girl - it was anything but since the entire wedding party was otherwise stark naked.

It only figured since the 28-year-old Brigett and her bridesmaids were some of the country’s best-known strippers. The maid of honor was busty Morganna Roberts, known nationally as "Morganna The Kissing Bandit" for running onto baseball diamonds and kissing the likes of Pete Rose, Johnny Bench, Nolan Ryan, Cal Ripken, Jr., George Brett and Steve Garvey.

The whole thing was the idea of a Detroit promoter named Sparky Blaine, who probably covered his costs in free publicity when all the media in town showed up.

That was more than 40 years ago, after all, and clubs where women stripped nude were big business, especially in Newport, the Sin City of the Midwest. The Brass Ass, on Monmouth Street just a few blocks from the location of its 21st-century antithesis, Newport on the Levee, was perhaps the most successful.

But high-moral crusaders and civic leaders got nude dancing banned in 1982, and urban development and changes on the Tri-State entertainment scene gradually put the strip clubs out of business until only the Brass Ass was left.

RELATED: Interactive look at the rise and fall of Sin City.

There was just a small number of invited friends and media at the Brass Ass on Feb. 5, 1976, to witness the wedding of Brigett, a New Orleans stripper, and Krosclair, 27, her light man.

Three Newport police officers showed up, too – not to stop it or make arrests, but to make sure there was no trouble. Newport Mayor Johnny Peluso, who ran the town in those days, considered it a private affair.

“It’s not a publicity stunt. No. It’s for real,” Brigett insisted in an interview with WCPO. But the show said otherwise.

It might have been the first public wedding in a hundred years – maybe since Adam and Eve - where no one paid any mind to dresses and tuxedos or talked about the bride's hair.

First, a nude Mann strutted out dropping flower petals in her path to a blaring organ recording of "Here Comes The Bride." Wagner would have been proud.

Mann walked past the bar and the other bridesmaids followed her to the stage, where they would normally strip. But everybody was already naked, so they had a wedding ceremony instead.

Brigett, with a big head of bleached-blonde hair, was escorted by a male friend to the stage, where a naked Krosclair stood and waited with his naked best man, Bill Cottrell.

Newport Justice of the Peace Earl Leonard, wearing a business suit, proceeded with a short ceremony. The newlyweds exchanged rings and vows and posed for photos, holding the marriage certificate strategically in front of them.

That’s when the WCPO reporter asked the question of the day:

“Where are you going on your honeymoon?”