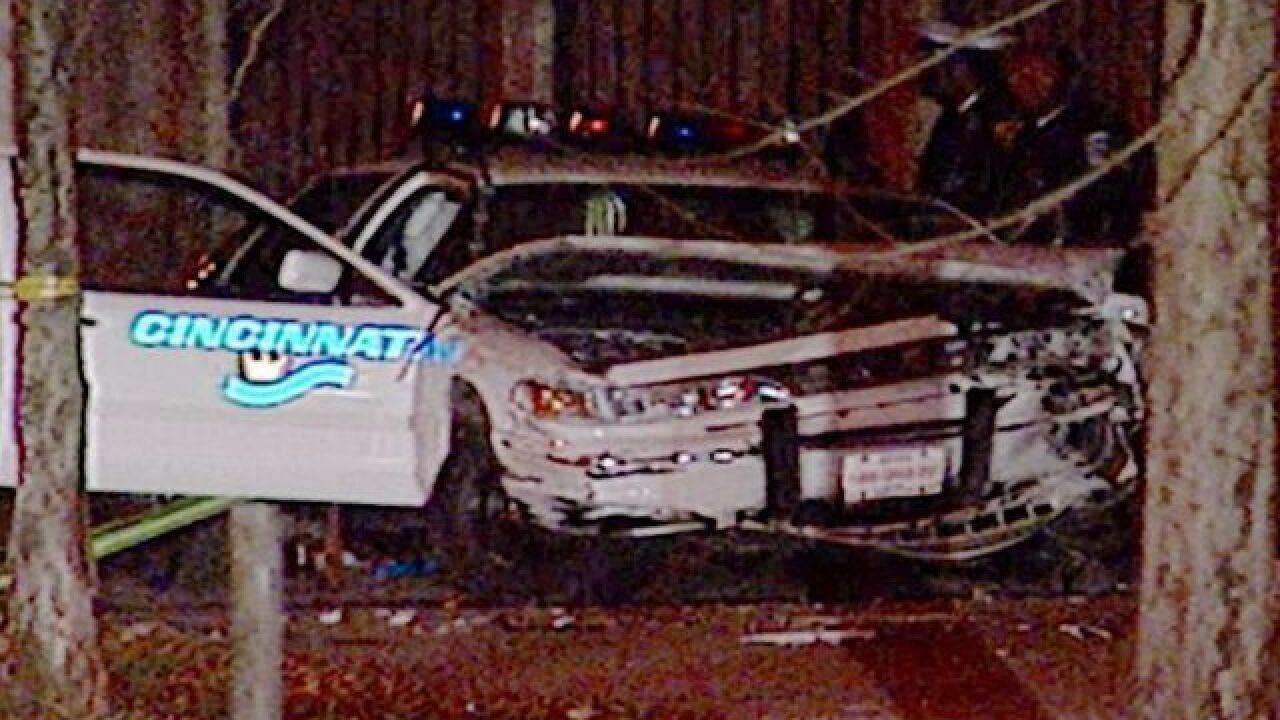 <p>Cincinnati Police Officer Kathleen Conway's cruiser crashed into the Samuel Adams Brewery after she was the victim of a shooting and carjacking on Feb. 2, 1998.</p> 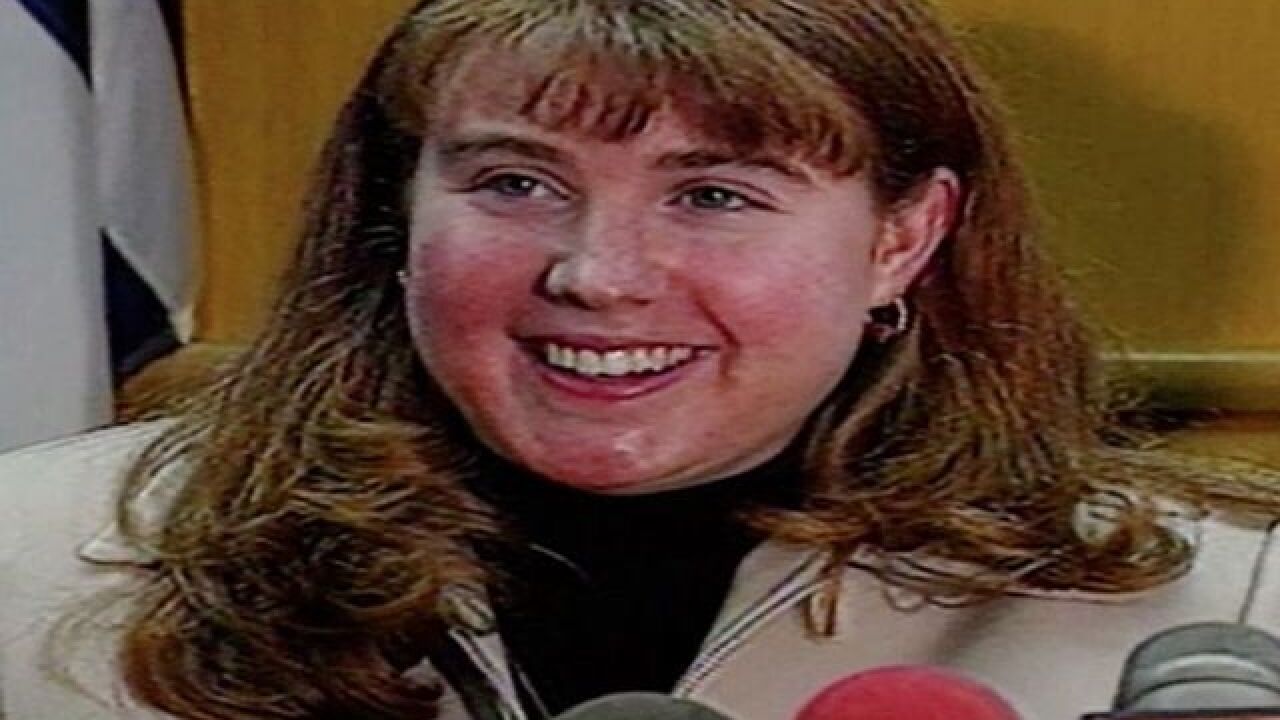 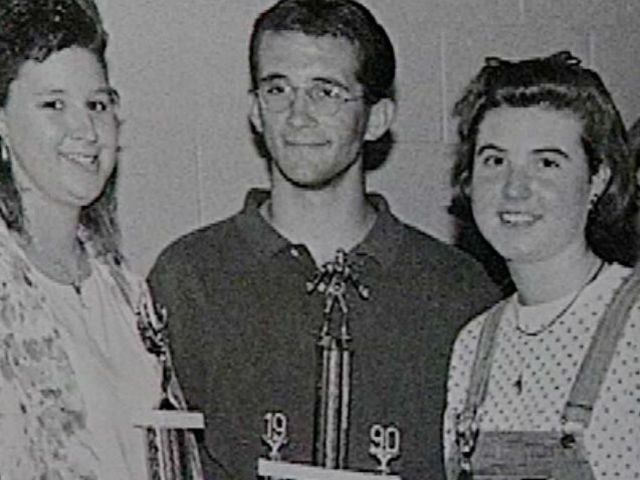 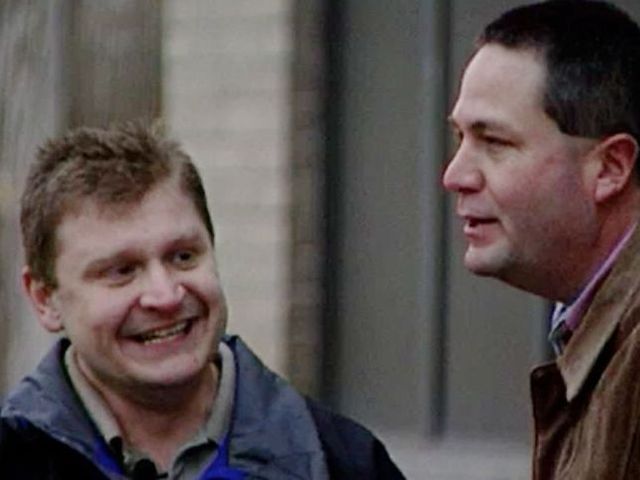 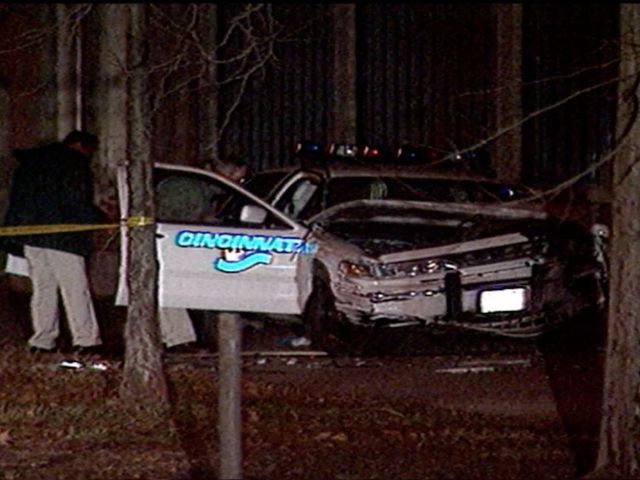 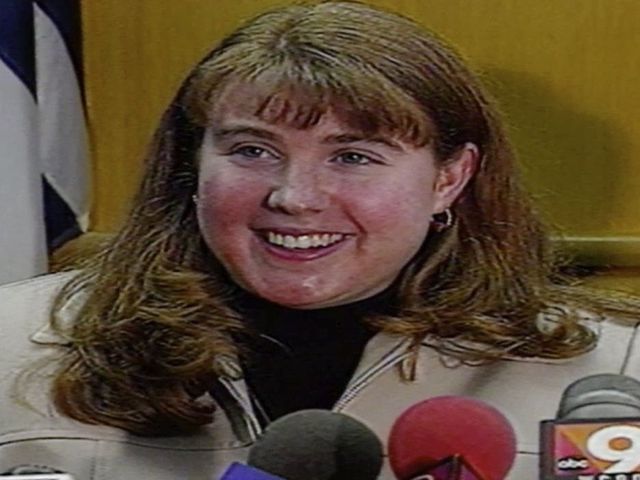 > HEAR Conway's radio calls in the videos above and below.

CINCINNATI –  A police official called Officer Kathleen Conway "America's most recent hero," and she had more than a half dozen bullet wounds to vouch for that.

Just 23 and an officer for only 14 months, Conway found herself in a life-or-death battle with a crazed gunman on Feb. 2, 1998. "Someone was going to die that night," she reportedly said later, "and it wasn't going to be me."

WATCH Conway talk at a news conference two months after the shooting:

It was dark – about 7:45 p.m. Conway had been patrolling Over-the-Rhine by herself and was returning to District One on Ezzard Charles Drive, just a block away, when she stopped for a red light on Central Parkway near Music Hall. That's when 41-year-old Daniel Williams walked up to her police cruiser.

Williams was carrying a boom box in front of him, concealing the .357 Magnum he was holding with his other hand.

Later, Conway would remember that Williams said, "I'm going to get you," as he fired through the window.

Conway, turning away from the shooter, was hit by four bullets just below her bulletproof vest -  in the upper legs, backside and abdomen.

Williams then opened the door, pushed the wounded and bleeding Conway into the passenger seat, and started driving north on Central Parkway.

That's when Conway made a frantic call for help on her police radio.

Dispatcher: "Where do you need it?"

Then Conway's training kicked in. Despite her excruciating pain, she pulled her gun from the holster above the bullet hole in her fractured hip and shot Williams in the head dead.

But the danger wasn't over. With Williams slumped over the wheel, the cruiser continued to speed north on Central Parkway. It clipped an oncoming police cruiser racing to aid Conway and then crashed into the Samuel Adams Brewery just north of Liberty Street.

At that point, a dazed but composed Conway made another radio call in a calm, deliberate voice you wouldn't have expected from such a young, fresh cop:

Conway: "Dispatch, I've been involved in a shooting on Central Parkway north of Liberty. I need some help."

When other officers arrived, they found both Conway and Williams holding a gun in their hands in the front seat.

Williams had recently bought the gun and threatened to shoot his mother on the very day he shot Conway, family members said later. He had a history of mental illness and had been arrested 17 times for domestic violence, felonious assault and other charges, police said.

Two paramedics, Randy Smith and Mike Nie, rushed to help from the firehouse at Fourth and Central.

"I had a feeling of fear when we pulled up knowing it was a police officer, getting out and thinking, 'Here we go again,'" Smith said.

At the time, Cincinnati police were still mourning Officer Daniel Pope and Spec. Ronald Jeter, shot to death in an December ambush while trying to serve a warrant in a Clifton Heights apartment.

"She was in a great deal of pain. And it really, really rattled her that she couldn't feel the left side of her body," Nie said.

"But she was remarkably brave throughout the whole ordeal. Right when we started moving her, she kept telling us that her hip was hurting really bad and she said, 'Am I in bad shape?' and basically we said, 'You're going to be all right.'"

The emergency room director at University Hospital said Conway was ''cool and calm'' when she was brought in. Trauma specialists performed nearly three hours of surgery and recovered two bullets from her lower abdomen and  her right hip. The doctors said the four gunshots caused several more entry and exit wounds.

The next day, Lt. Col. Thomas Streicher, who would become Cincinnati's next police chief, called Conway "an incredibly brave woman."

"I would have to categorize her as America's most recent hero. Officer Conway should've won the hearts of every person in the Greater Cincinnati area,'' Streicher said.

Conway, a graduate of McNicholas High School and Thomas More College, joined the force in December 1996 after graduating with her cadet class.

When Conway was discharged from the hospital 16 days after the shooting, her badge was pinned to her blanket as she was wheeled out on a gurney  On March 30,  a bright and smiling Conway was brought into a news conference in a wheelchair. She was expected to need four to six more months to recover from her hip and leg fractures.

She thanked the public for the many cards she had received  -" the love and support keeps me going," she said - and gave credit to her police training for surviving her ordeal.

"I reverted back to my training … The training we receive at the Cincinnati Police Academy is just incredible," she said.

She was guarded but polite. And reflective.

"It's amazing the things you take for granted," she said. "Getting up by yourself, getting out of bed, being able to walk to the bathroom … "

Conway did not want to talk about the shooting and didn't say if she would return to police work.

As it turned out, she did not.