From The Vault: Kehoe brothers start gun battles with police in Wilmington, Ohio 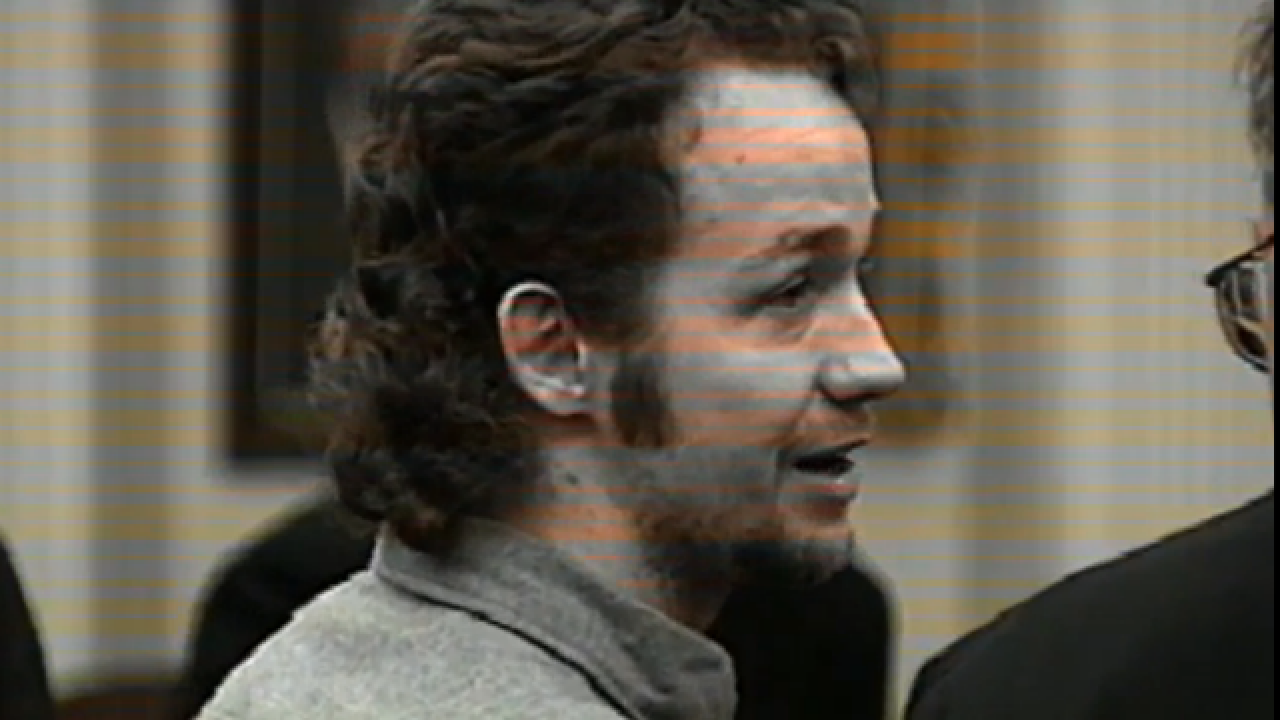 Copyright 2018 Scripps Media, Inc. All rights reserved. This material may not be published, broadcast, rewritten, or redistributed.
<p>Chevie Kehoe at sentencing in Wilmington, Ohio, in 1998.</p> 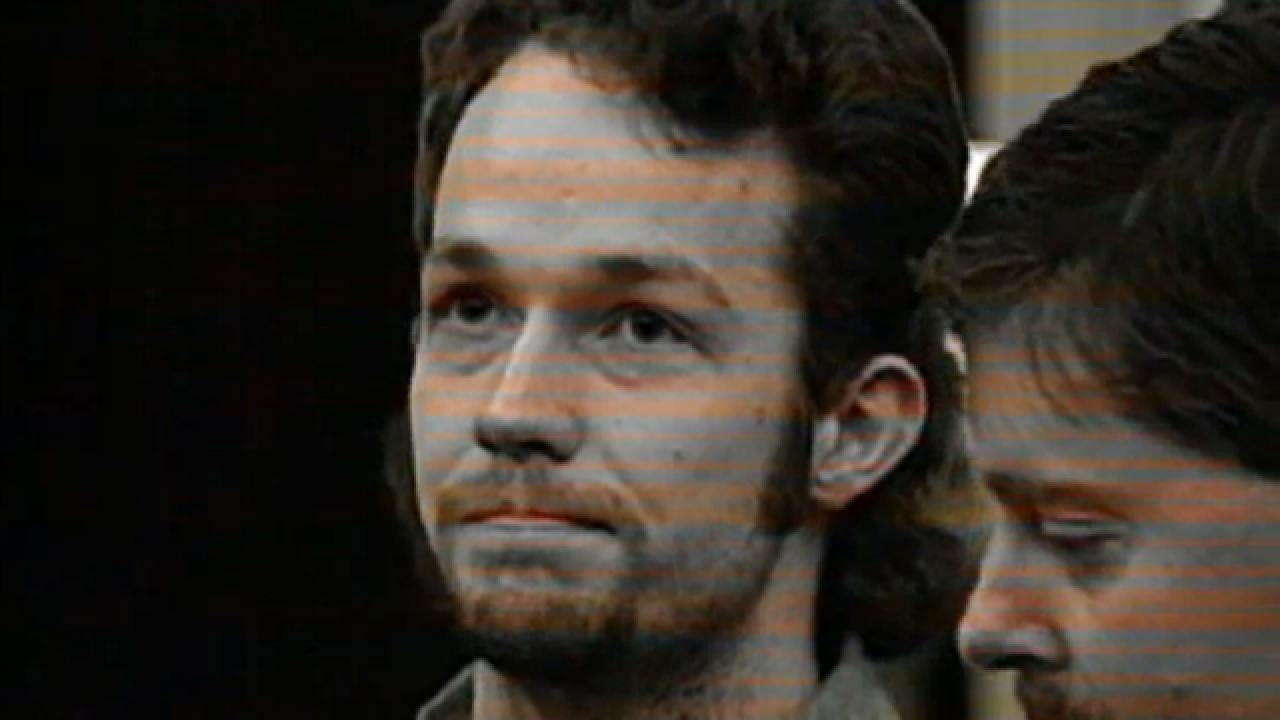 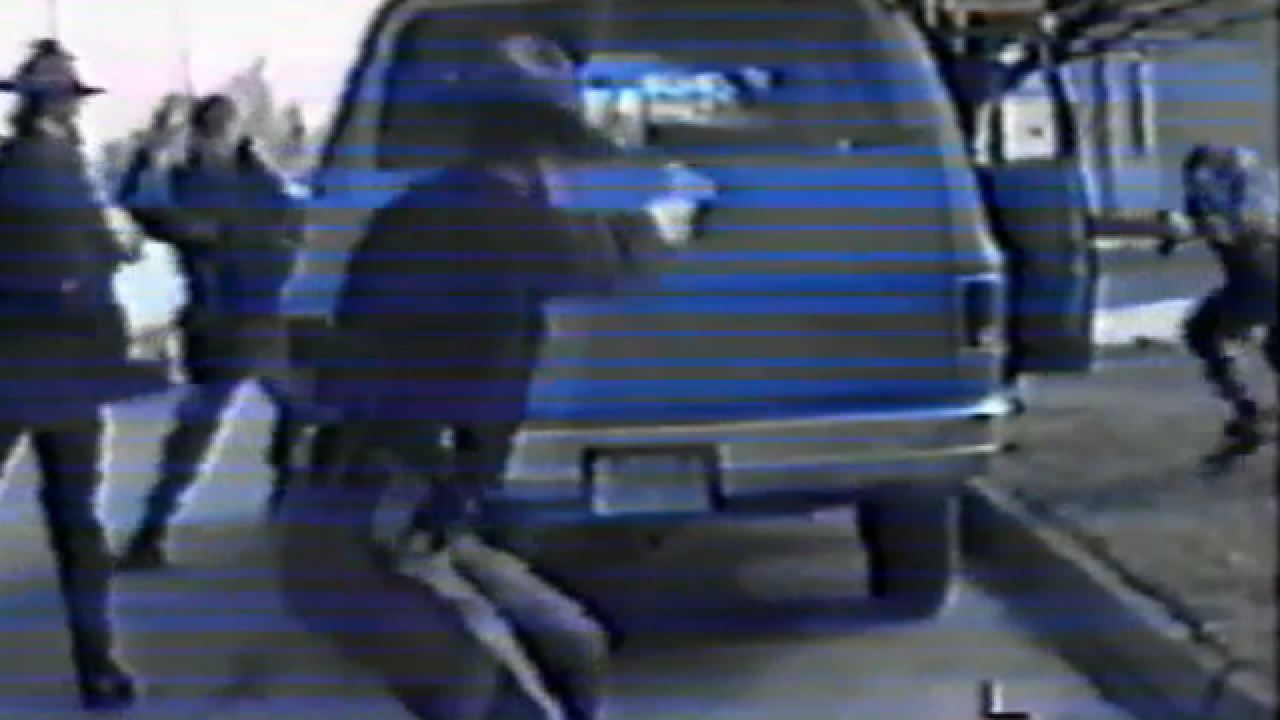 WILMINGTON, Ohio – A shootout on a small-town Ohio street in broad daylight – bad guy and good guy standing just feet away and firing shot after shot – POP, POP, POP, POP  - in what could have been a duel to the death.

That’s what a cruiser camera recorded and what shocked viewers around the world saw and heard in the days and months following the Feb. 15, 1997 confrontation, while the FBI, ATF and police joined in a nationwide manhunt for two brothers who escaped a violent traffic stop 50 miles northwest of Cincinnati.

Viewers had to be astonished that neither the bad guy nor the Clinton County deputy was killed or even hit in the spray of bullets.

But that was only the first of the violent confrontations between the brothers and officers in Wilmington that day.

Within 24 hours, the FBI identified the suspects as white supremacists Chevie Kehoe, 24, and Cheyne Kehoe, 20, of Colquitt, Washington. The FBI called them domestic terrorists and said Chevie was a suspect in the triple murders of an Arkansas gun dealer, his wife and their 8-year-old daughter a year earlier.

The Kehoes were driving in a blue 20-year-old Suburban when they were stopped on a sunny Saturday afternoon on Ohio 73, near U.S. 22, for expired Washington tags.

The driver, Chevie Kehoe, walked peacefully back to the cruiser with a Clinton County deputy. But after refusing to consent to a patdown search, Kehoe ran back to the Suburban and tried to get in the driver’s door.

As the deputy and a state trooper wrestled with Chevie, his brother Cheyne fired a shot out of the driver’s window, jumped out of the passenger seat and immediately started shooting at Deputy Robert Gates, who had circled to the back of the Suburban.

State Trooper J. Harold Harker, still at the driver’s door,  pulled his gun as Cheyne Kehoe ran off into the woods. Chevie Kehoe then got behind the wheel and started to drive off with Trooper Harker caught in the door and pointing his gun at Kehoe. Harker jumped off the vehicle as Kehoe sped away.

A few minutes later, as officers raced from miles around to the scene, Chevie Kehoe got into another shootout with Wilmington police officer Rick Wood. More than 30 rounds were fired in a parking lot. A passing motorist, 56-year-old Frank Marsden, was turning into the lot when he was hit in the shoulder.

''Soon as I turned, I knew I was hit,'' Marsden said.  ''Everything happened so fast. A little bit over and it could have hit my head.''

The Kehoes abandoned the Suburban and got away. Police suspected they had another vehicle and were in town awaiting an Aryan Nations rally in Columbus the next day. The Ohio chapter of Aryan Nations denied knowing the Kehoes or having any connection with them.

Police later found evidence that the brothers had stayed for a few days after the shootout at a campground in Frankfort, Ohio, about 40 miles east of Wilmington. People there said they might have been with their wives and children.

When police inspected the Suburban, they found it full of guns – including two AR-15s, they said. That enabled them to identify the brothers.

The FBI and Arkansas police had suspected Chevie Kehoe in the murders of Robert Mueller and his family. A fisherman had discovered  their bodies – with plastic bags tied over their heads – in a swamp.

Mueller had been driving a van full of guns to a gun show. Police recovered the van, but the guns were gone. Authorities suspected that Kehoe and an accomplice had hauled the guns back to an encampment of white supremacists and anti-government extremists in Washington state.

The manhunt went on for four months until Cheyne Kehoe gave himself up in Washington and told authorities where to find his brother. Chevie was arrested in Utah the next day, and both were extradited to Ohio.

Cheyne turned on his brother after Chevie began talking of killing their parents and his own wife, and also taking a sexual interest in Cheyne’s wife, according to a story on the Southern Poverty Law Center website.

Cheyne pleaded guilty to shooting at Deputy Gates and was sentenced to 24 years, but that was reduced to 11 years, and he was released in 2008. He was arrested again in 2013 for hoarding  “dozens of weapons and thousands of rounds of ammunition,” according to the Arizona Republic.

Chevie was not charged in the first Wilmington shootout and took a plea deal for shooting at Officer Wood that called for a sentence of up to 20 years.

His only comment in court after sentencing was this: "Preserve your freedom."

Chevie was then convicted of the three murders in federal court in Arkansas and sentenced to three consecutive life terms. His brother and mother testified against him.

A state police sergeant reviewed the shootout tape with WCPO’s Julie O’Neill and said both the trooper and deputy reacted well.

“These officers had to react in a extremely difficult situation and under extreme stress,” he said.

“I don’t think there’s a textbook way to react in a gun battle. You just hope you come out of it alive.”