From The Vault: Hidden loot lost in plane crash that killed 4 FBI agents and bank embezzler 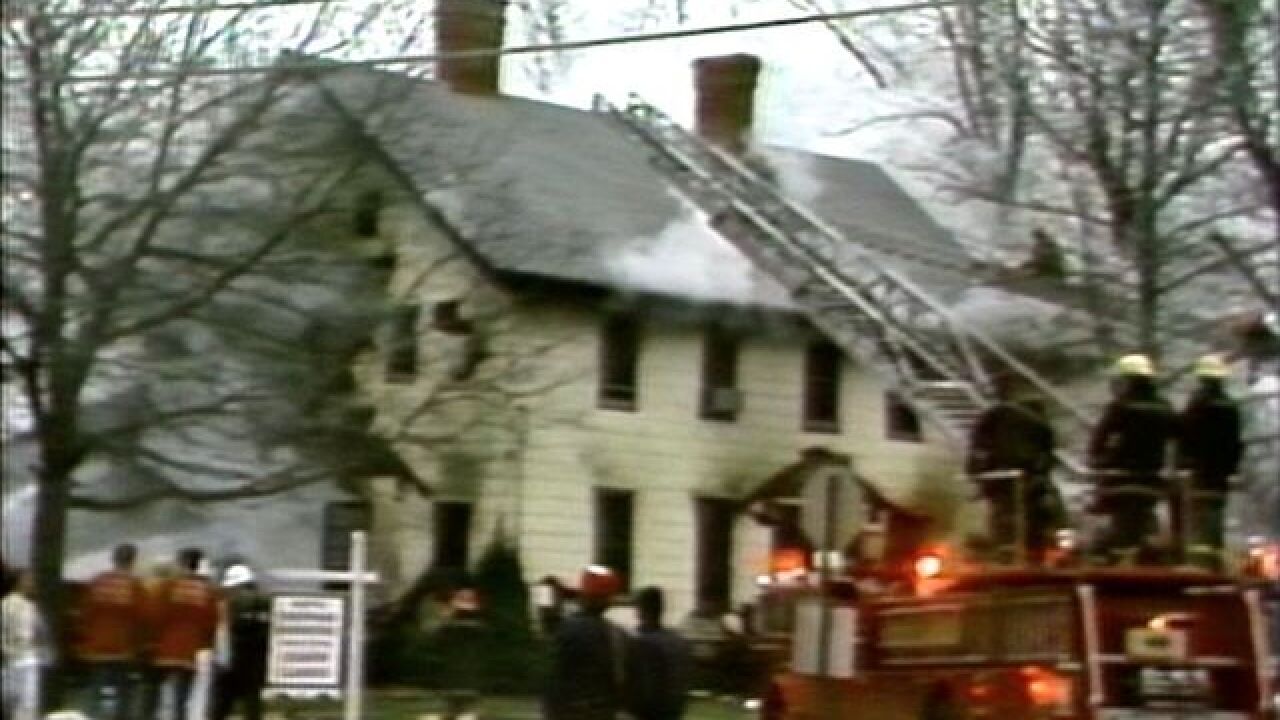 Copyright 2020 Scripps Media, Inc. All rights reserved. This material may not be published, broadcast, rewritten, or redistributed.
WCPO
Sheppard Bookstore in Montgomery burns after a plane carrying a bank embezzler and 4 FBI agents crashed on Dec. 16, 1982.

MONTGOMERY, Ohio - After more than 30 years, it's still a mystery:

A bank embezzler said he buried part of his loot somewhere in Cincinnati, but he died in a spectacular plane crash before he could show authorities where he hid it.

On Dec. 16, 1982, a twin-engine Cessna crashed into a bookstore in Montgomery killing admitted embezzler Carl Johnson, four FBI agents and a private detective. The FBI said they were flying Johnson from Chicago to Lunken Airport after he promised to lead them to a stash of stolen cash.

Johnson, 48, had stolen $614,000 from a suburban Chicago bank during the 1970s. He had been on the run for seven years but surrendered two weeks before. He said he had buried $50,000 in the Cincinnati area but didn't say where.

"He was the only one who knew. We deliberately set it up that way," his attorney said at the time. "The FBI didn't want to know ahead of time and I didn't want to know. If the money wasn't there when they got there, no one wanted the finger pointed at them."

Johnson said he had lived in the Cincinnati area for several months after stealing the money from the National Bank of Albany Park, where he had been assistant comptroller. He had already led the FBI to $50,000 he had buried in the Chicago area. Shortly after the money was discovered missing in 1975, the FBI recovered $144,000 that Johnson left for his parents in the pew of a Chicago church.

Miraculously, no one on the ground was killed when the plane crashed about 10:27 on a cloudy Thursday morning. It smashed into Sheppard Bookstore, a local landmark built in 1806, at the corner of Main Street and Cooper Road. The bookstore was at the edge of the busy commercial district, a block from the firehouse.

"I can remember vividly standing at that intersection and seeing the largest fireball go up in the sky that I had ever seen," said Fire Chief Paul Wright. The plane crash and fire destroyed the building and several cars in the parking lot.

Phyllis Neyer had just driven her station wagon into the lot when the plane clipped her car and trapped her inside. A firefighter who ran from the nearby station, Frank Lerner, pulled her out and saved her life.

Another driver's life was spared when one of the plane's engines fell off and flattened his blue panel truck. The driver had parked and walked away only seconds before.

Several witnesses rushed into the burning bookstore to help. Olga Sheppard and others in the store fled to safety. Sheppard's husband, Joseph, was briefly trapped on the second floor where they lived in the three-story, wood-framed building. He was rescued and taken with Neyer and two others to hospitals, but no one was critically injured.

"We knew when we found the prisoner. He still had handcuffs on," Wolf said.

The deaths of four agents made it the worst disaster in FBI history. The agents, all from Illinois, were Robert W. Conners, 36; Charles L. Ellington, 36; Terry B. Hereford, 34,and Michael J. Lynch, 35. Conners and Hereford were flying the plane, the FBI said.

The other victim was Patrick Daly, 68, a retired cop working for Johnson's attorney.

The money was never found – at least, no one ever reported finding it.

The Associated Press contributed to this report.
SEE other video and stories about Tri-State history in our "From The Vault" series.