From The Vault: Great Ohio River flood of 1937 was biggest event in Tri-State history 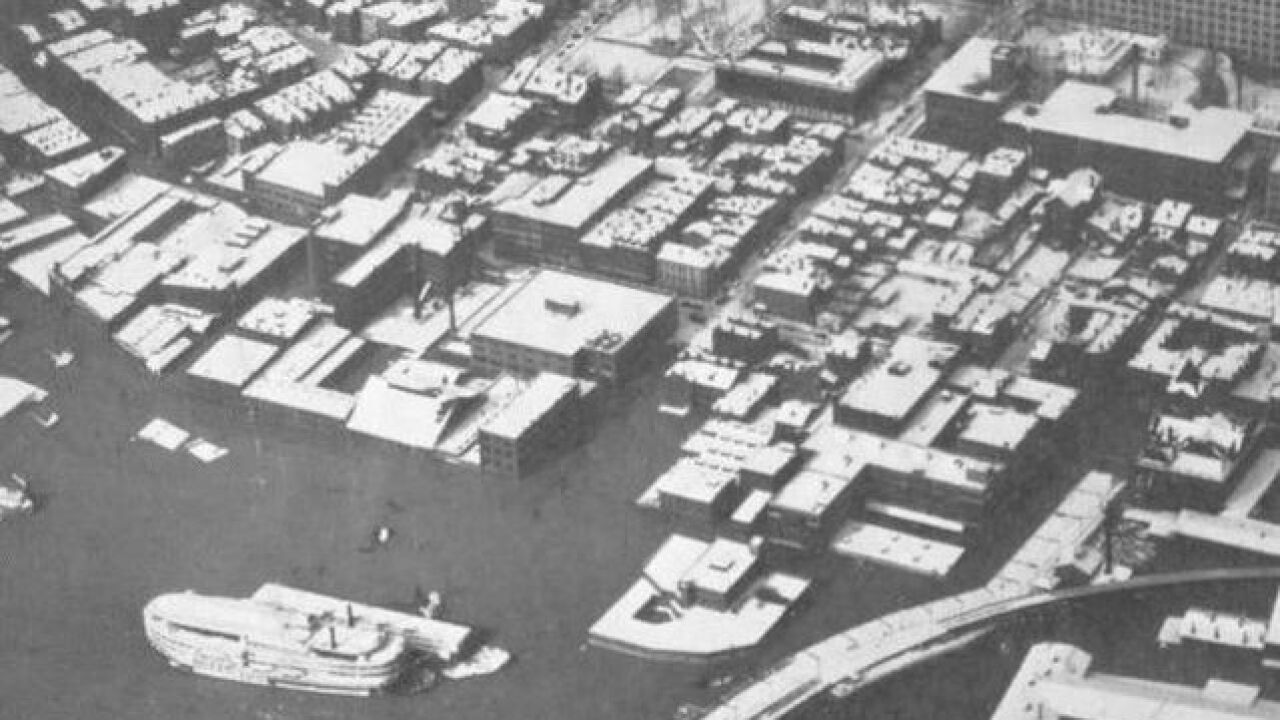 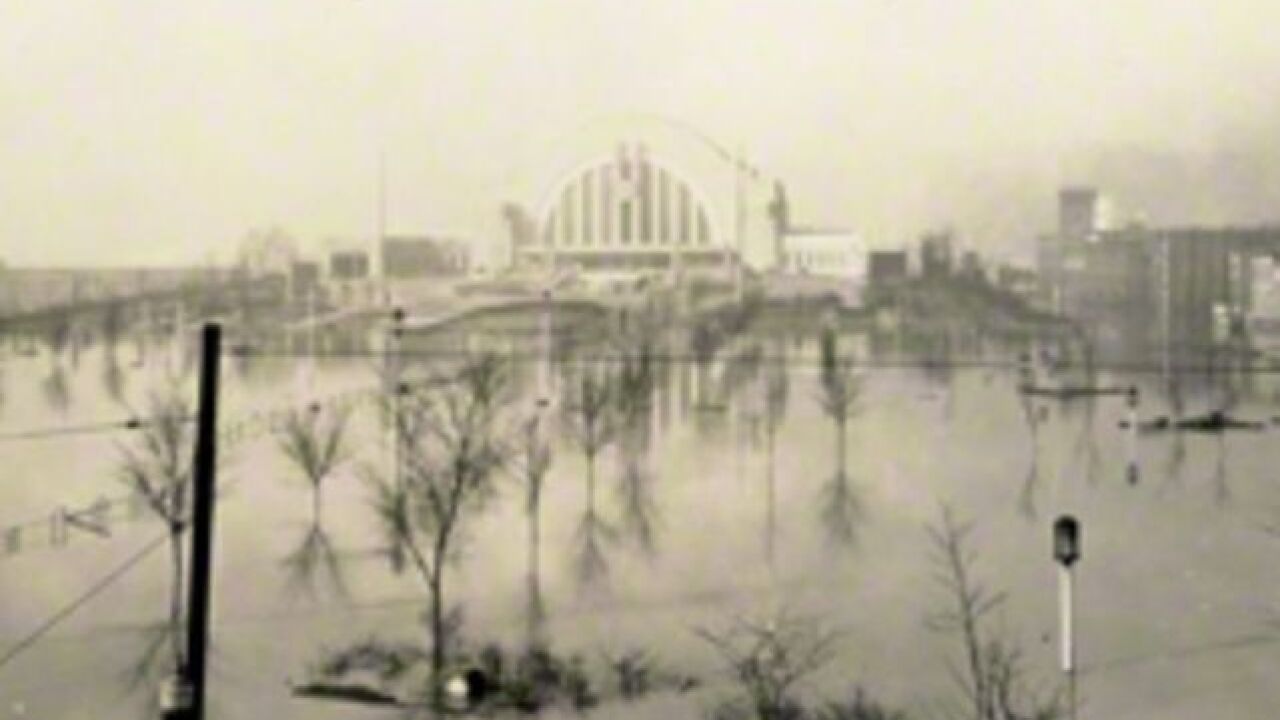 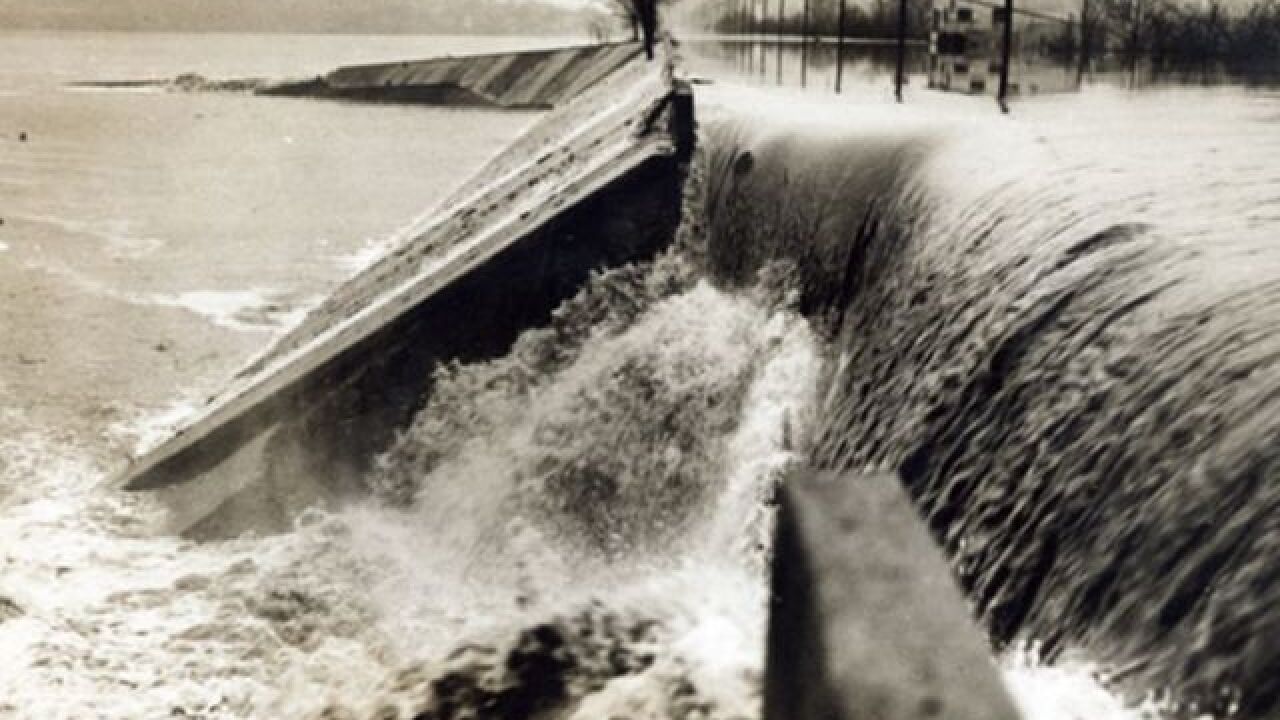 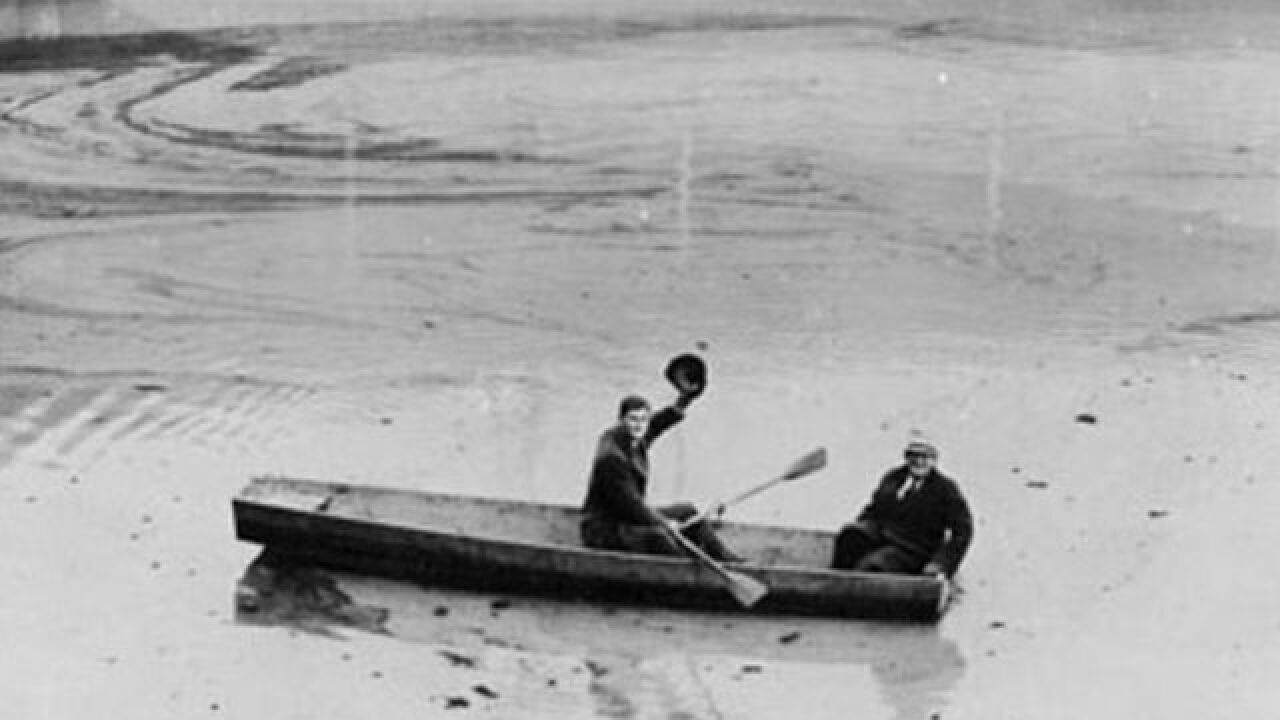 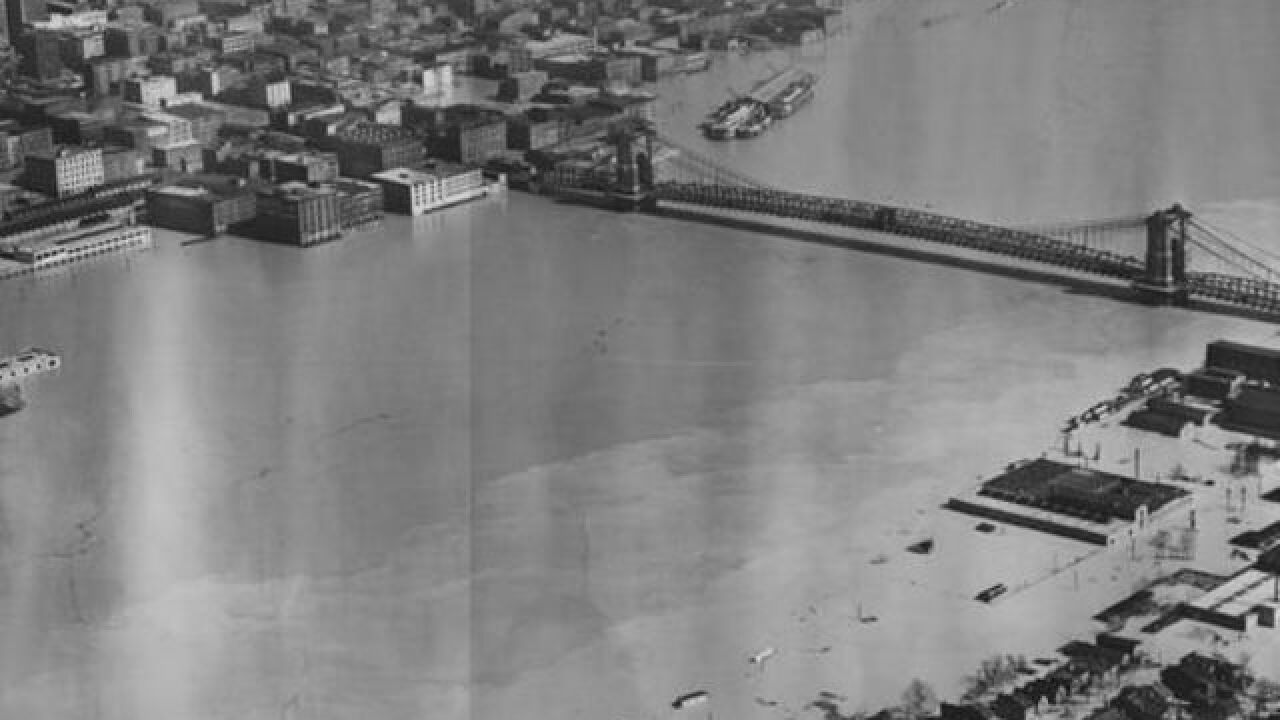 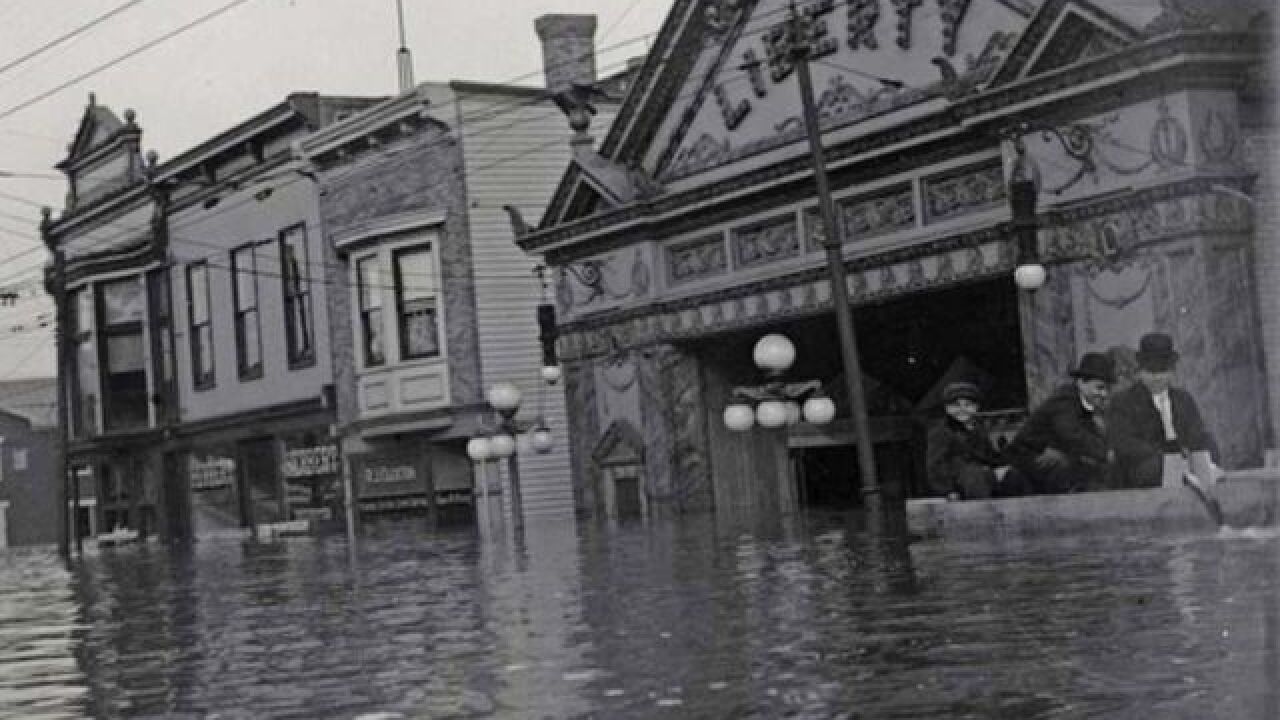 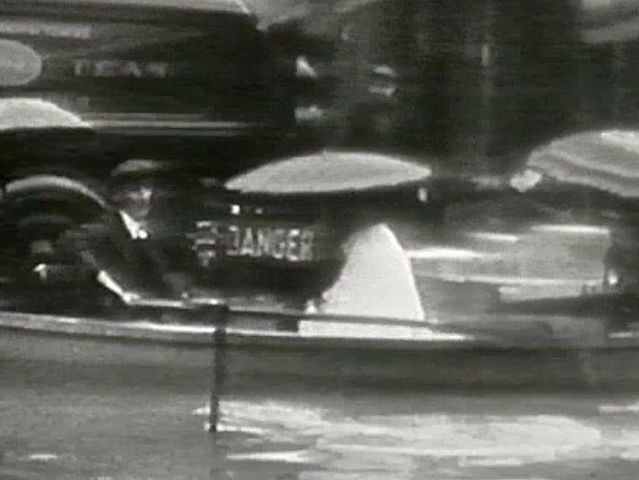 > WATCH dramatic scenes from the Great Flood of 1937 in a three-minute video narrated by legendary WCPO news anchor Al  Schottelkotte in the player above. And see more video about the flood below.

CINCINNATI – It was the biggest natural disaster in Tri-State history. And if you ranked the region's news events over all time, probably the biggest story of any kind.

The 1937 flood would be No. 1 with a bullet  - notwithstanding the Beverly Hills Supper Club fire and other natural and man-made disasters, famous celebrities, movers and shakers and sports championships - for its impact, significance and drama.

Many Tri-Staters remember the 1997 flood, when the Ohio rose to 64.7 feet and water crept up the floodwall of Riverfront Stadium, reached nearly to Third Street and flooded low-lying areas on both sides. The swollen Licking River, off the Ohio,  nearly washed away the town of Falmouth, Ky.

PHOTOS: See a gallery from Tri-State floods since 1884.

There was at least one moment of levity.

When the Reds' ballpark, Crosley Field, was under 21 feet of water, Reds pitcher Lee Grissom rowed a skiff over the outfield fence into the playing area. Depending on who's telling the story, the other person in the boat is either Reds groundskeeper Matty Schwab, fellow pitcher Gene Schott or traveling secretary John McDonald. (It's Schwab, according to the book by Reds historian Greg Rhodes and author John Erardi, "Cincinnati's Crosley Field: The Illustrated History of a Classic Ballpark.")

The flood even set fire to the Mill Creek, one of the hardest hit areas. Floodwaters surrounded Union Terminal and pushed all the way north past Norwood.

The Mill Creek caught fire on Jan. 24 after gasoline tanks ruptured and spilled one million gallons. A spark turned it into an inferno that burned 32 buildings. It was the same day – known as Black Sunday – that the East End pumping station gave out.  Firefighters disconnected their hoses from the empty hydrants and dropped them into the floodwaters to fight the blaze.

VIDEO: Former WCPO anchor Clyde Gray talks to survivors of the '37 flood on the 75th anniversary in 2012.

Black Sunday was also the day the power station failed.

Until Black Sunday, tap water was available to some, but it only in the morning and evening for four hours a day. Water had to be brought in from as far away as Cleveland and Indianapolis by truck and rail cars. Many people had to get around by rowboat. Now, without water or electricity, nearly 50,000 people left their homes and took refuge in Music Hall, the National Guard Armory and neighborhood churches.

Others turned to candle power for light and braced against the cold.

THEN & NOW PHOTOS: Compare scenes from the 1937 flood to the same locations today.

The river, swollen by heavy rain here since December and melting snow upriver, passed flood stage on Jan. 18 and rose and rose and rose. Six inches of snow here helped push it to its peak on Jan. 25. When it approached 80 feet, hundreds of  sightseers swarmed onto the Roebling Suspension Bridge and others paid a quarter to go to the top of the Carew Tower for a look at history.

The Ohio stayed above flood stage until Feb. 6.

The Flood of 1937 stretched across the length of the river from Pennsylvania to Illinois. In Louisville, the river reached 85.4 feet. A total of 385 people died and damage was estimated at $500 million.

Experts called it a "hundred-year flood," meaning another one of its magnitude wouldn't be likely for another 100 years.  In the meantime, governments have spent billions building dams, lakes and reservoirs to try minimize future damage from the next big one.

VIDEO: WCPO Chief Meterologist Steve Raleigh talks about some of the flood protections added since 1937 on the 75th anniversary in 2012.