From the Vault: Four inches of snow on Reds Opening Day at Riverfront Stadium in 1977 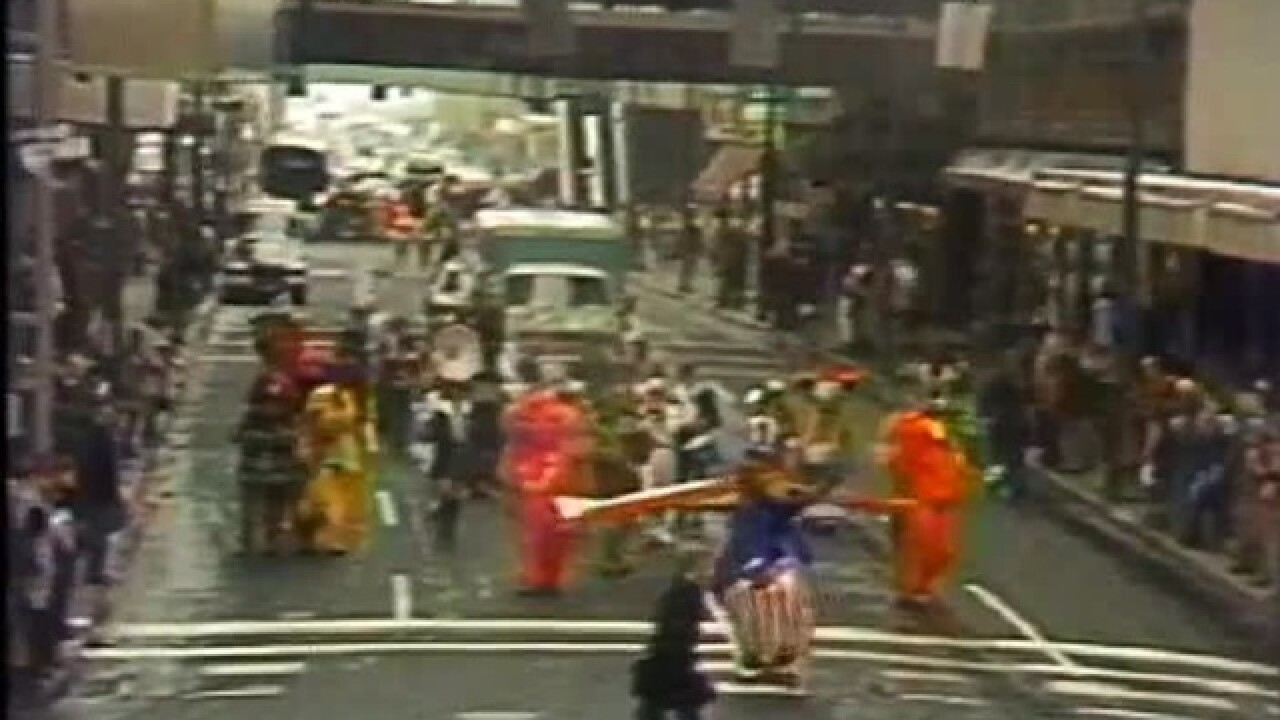 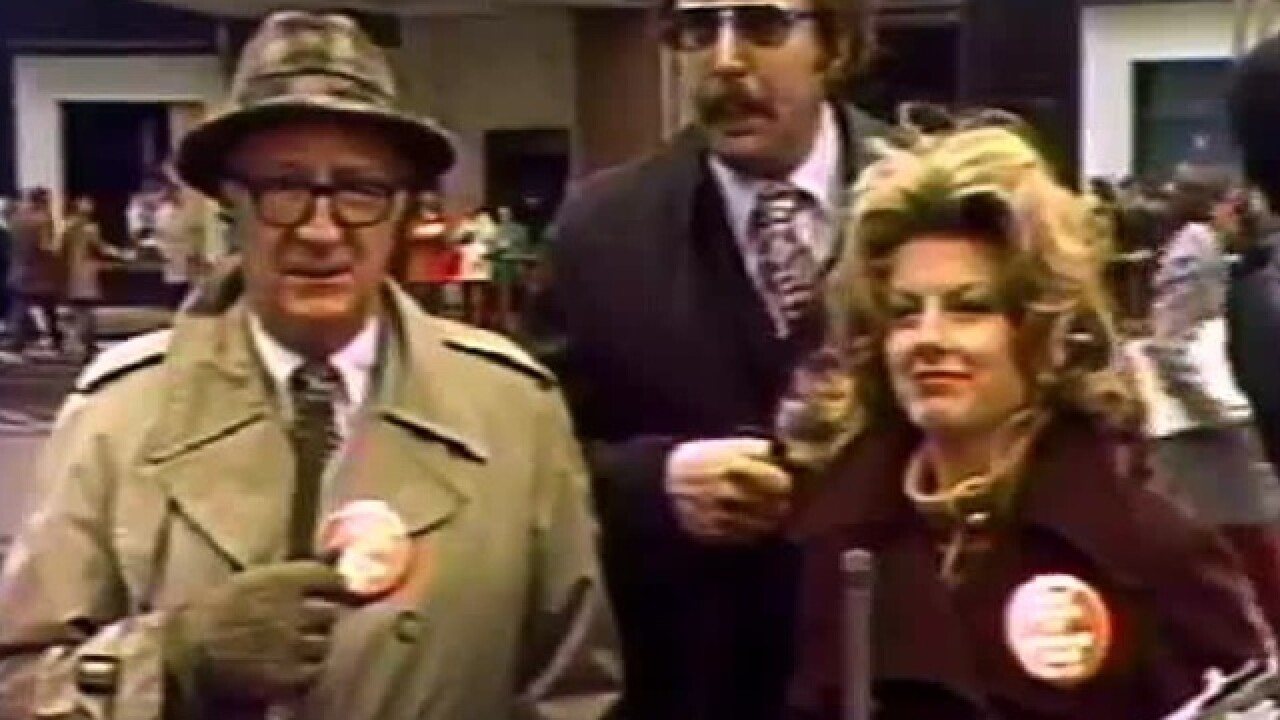 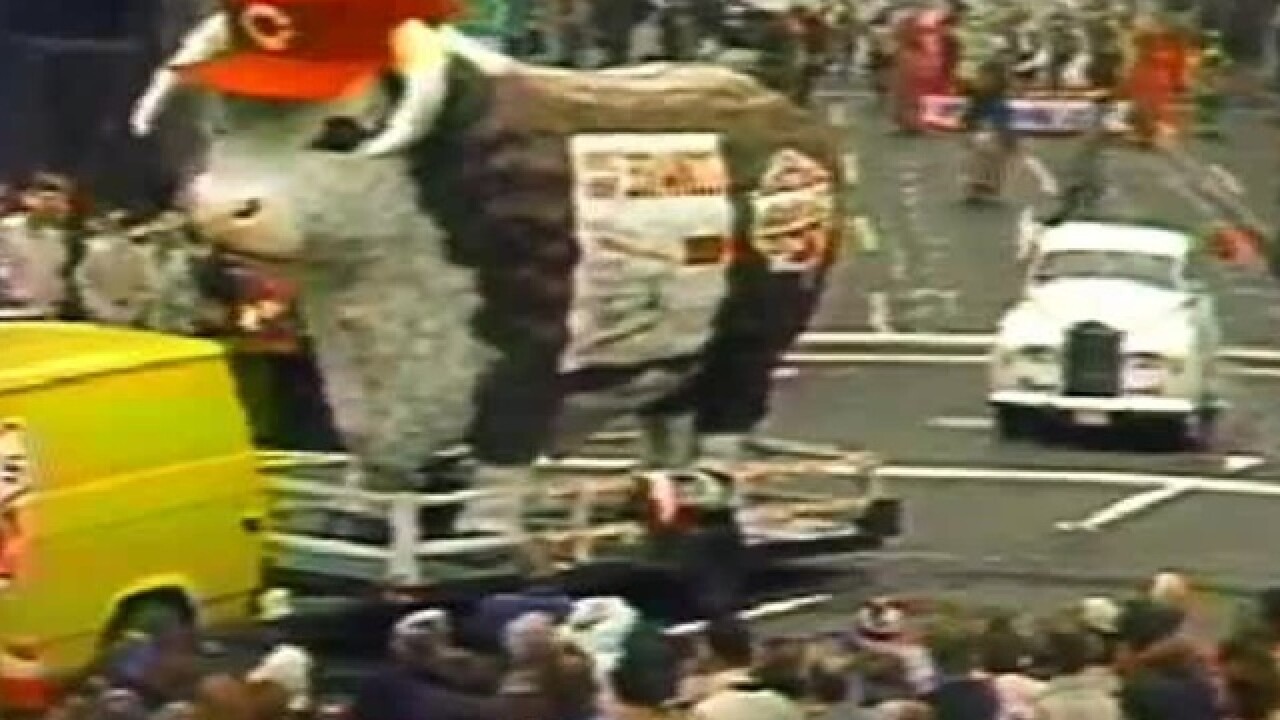 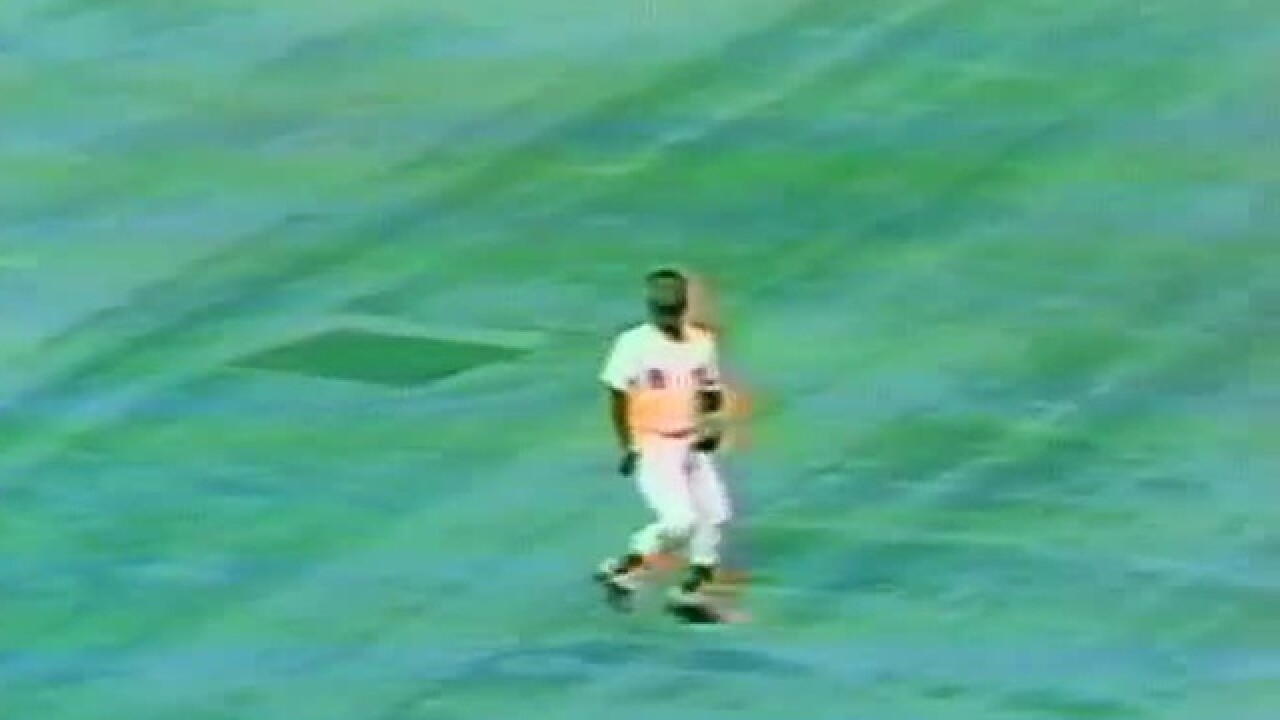 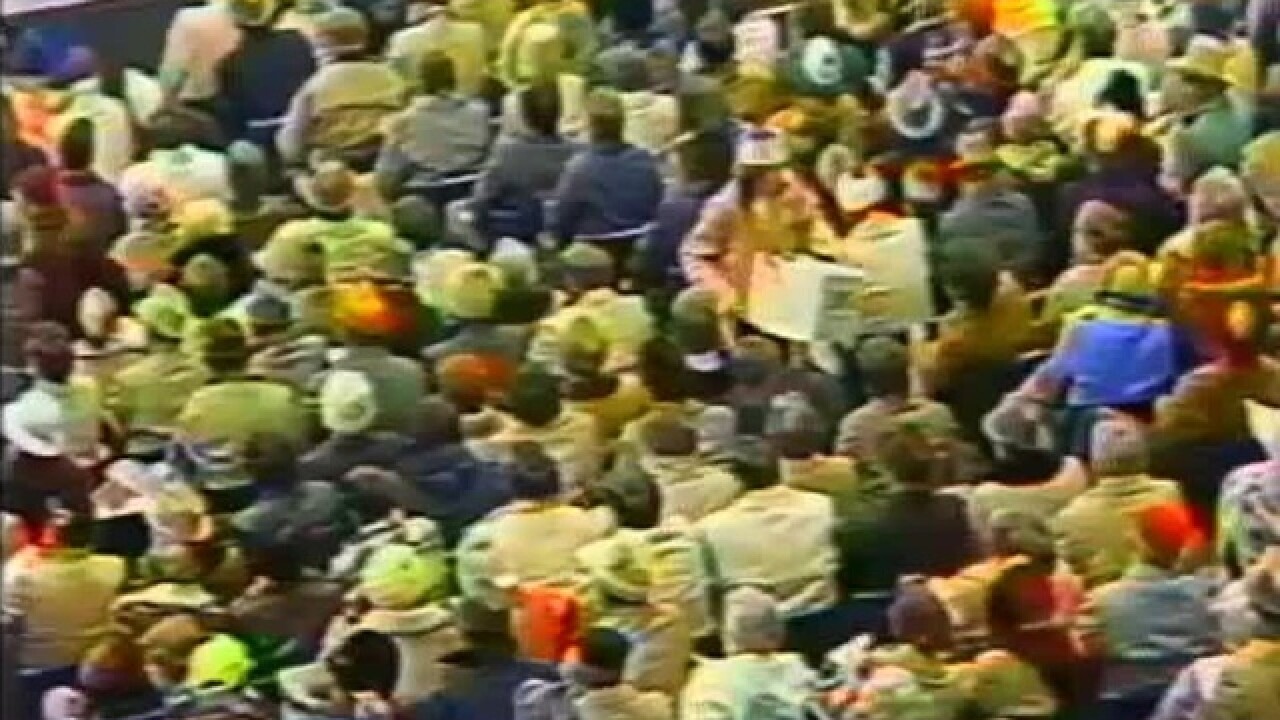 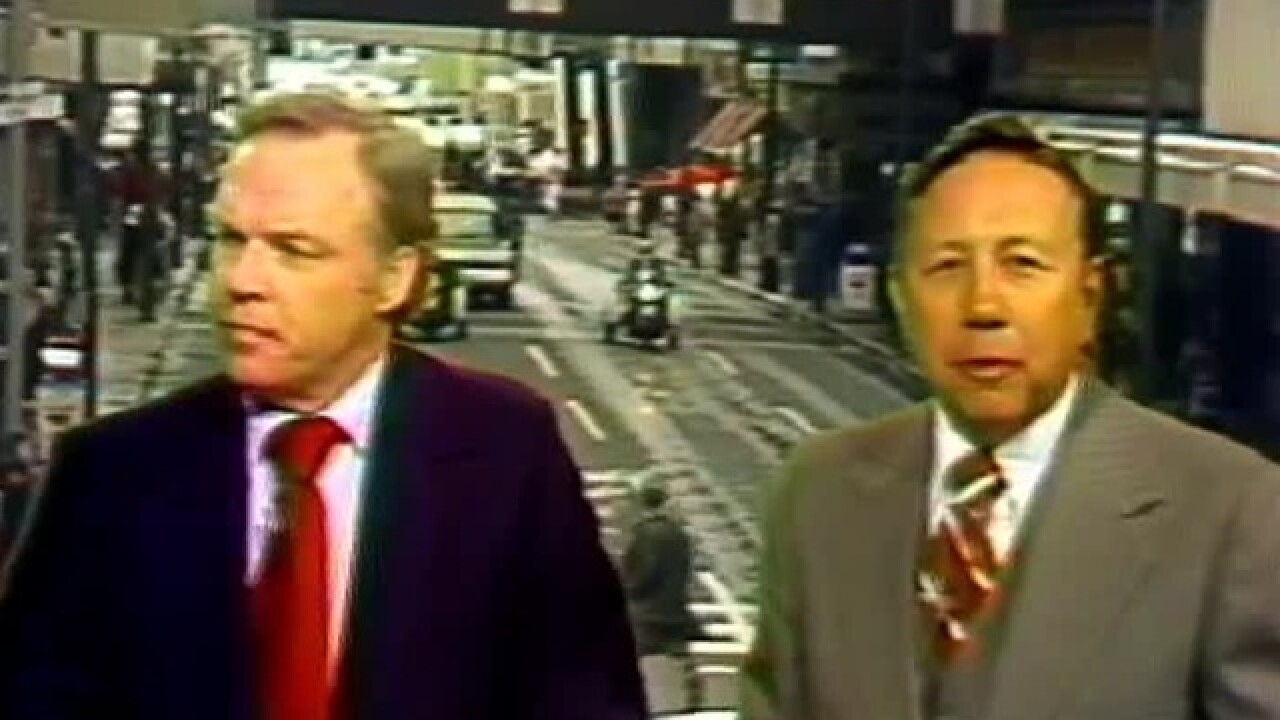 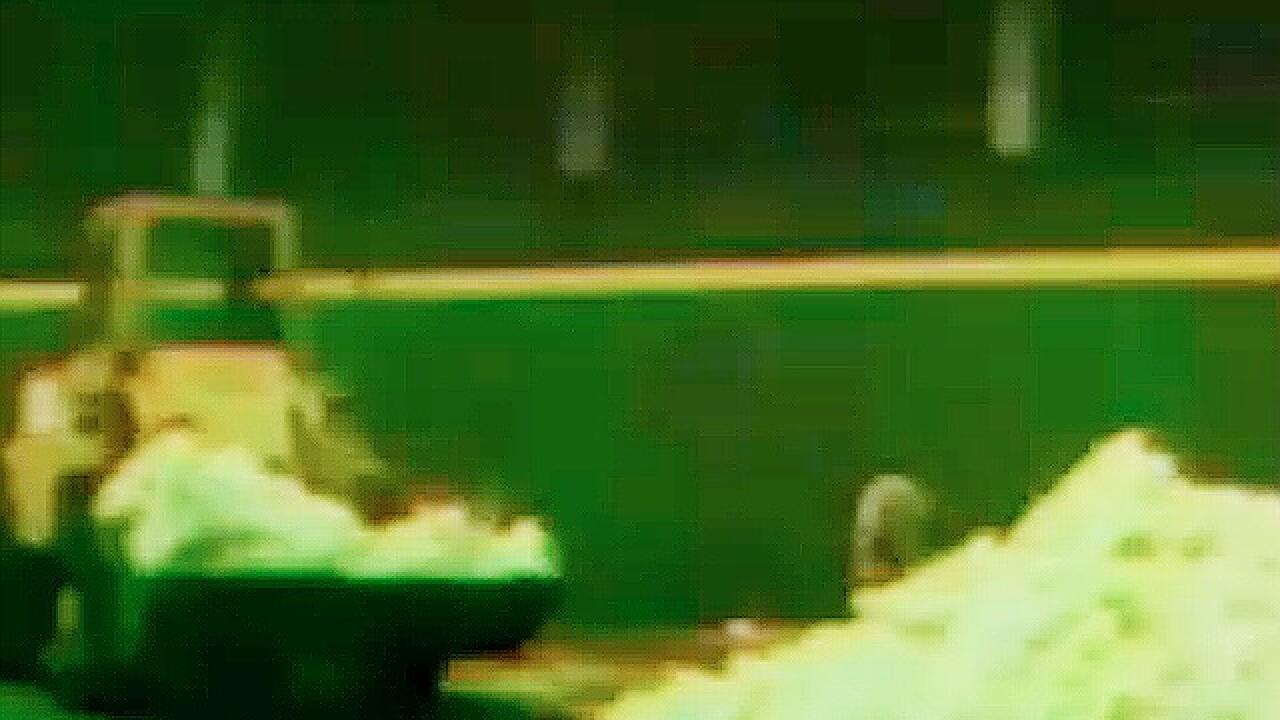 CINCINNATI -- Cincinnati's hardly seen snow this winter, so imagine getting 4 inches of snow on Opening Day.

Reds fans lined up for the parade amid snow flurries and high winds; Reds jerseys were hidden under heavy winter coats.

When WCPO anchor Al Schottelkotte asked sports director Jack Moran to chase down a float at the parade, Moran  said "I don't know, Al, every moment my butt is running slower and slower."

WATCH vault video from the 1977 Opening Day Parade -- and hear the banter between  Schottelkotte and Moran  -- below:

Moran asked one parade-goer why he decided to leave the house and brave the cold. He responded, "I don't know. I must not be in the right mindset."

Extra grounds crew with shovels and wheelbarrows, front loaders and even Zambonis were brought to clear the snow off the AstroTurf, according to reporter scripts in the WCPO archives. Having a turf field likely worked to the grounds crew's advantage that day.

Despite the tizzy of extra groundskeeping, the game started on time.

Ken Griffey Sr. got three hits that game, but he said some flaws in the game were absolutely due to the weather.

"I think if you take the cold weather -- it's always a problem," Ken Griffey said. "It's kinda rough to go out there and try to play when it's that cold. You get kind of stiff out there just sitting there, and then you have to force yourself to run and it's kind of hard to get started."

BELOW: What Reds pitcher Woodie Fryman, manager Sparky Anderson and others said about the wintry weather

The Reds pulled out a 5-3 win over the San Diego Padres. Cesar Geronimo smacked a homer in the fourth inning.

Since that time, Opening Days in Cincinnati have been plagued by heavy rain, wind and light snow -- but nothing like Riverfront Stadium in 1977.