From the Vault: 70 years of crosstown hoops rivalry in Cincinnati 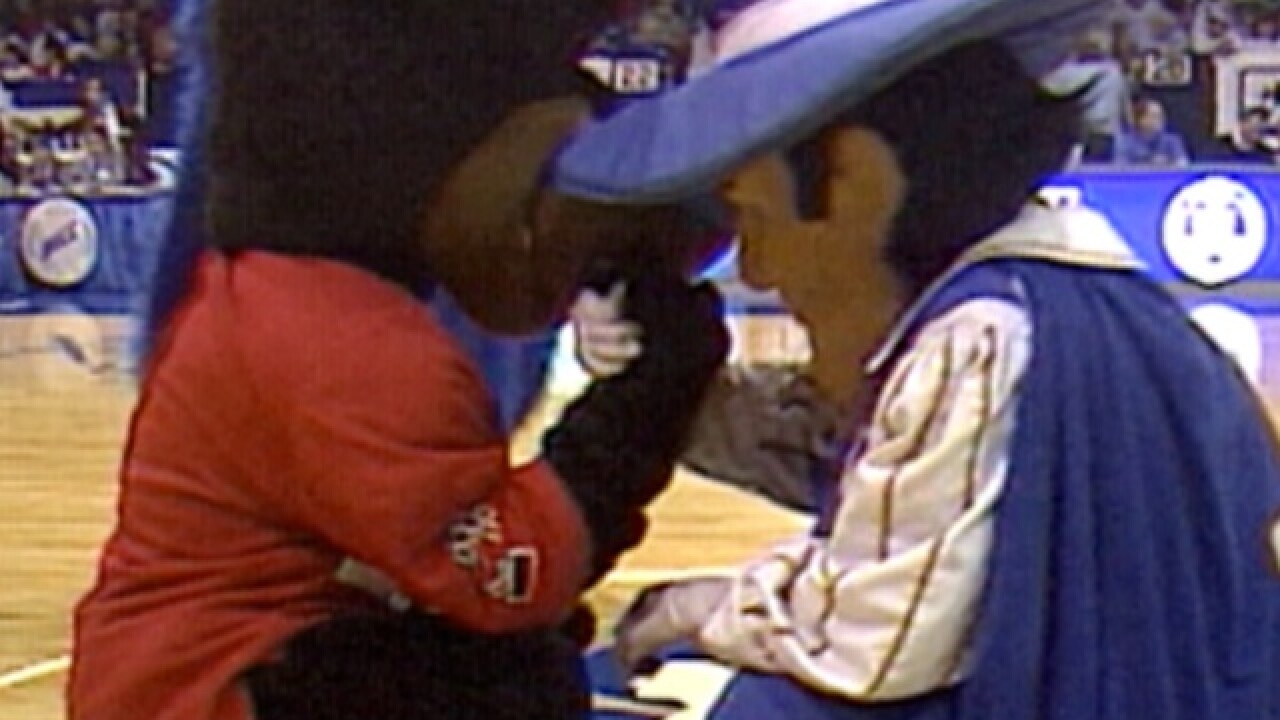 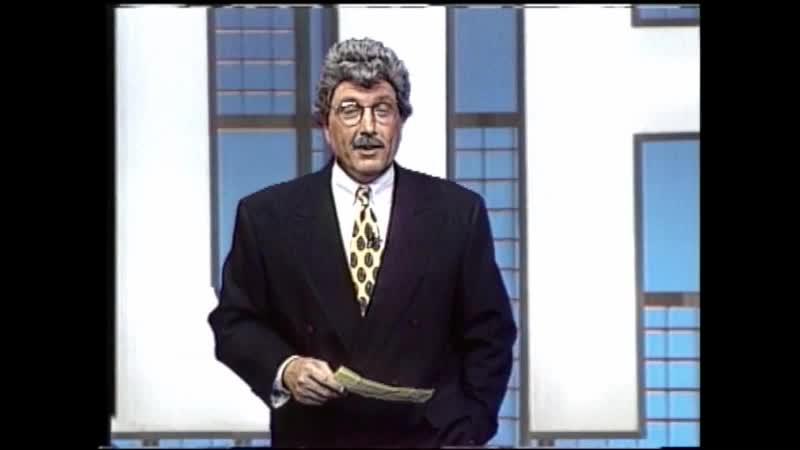 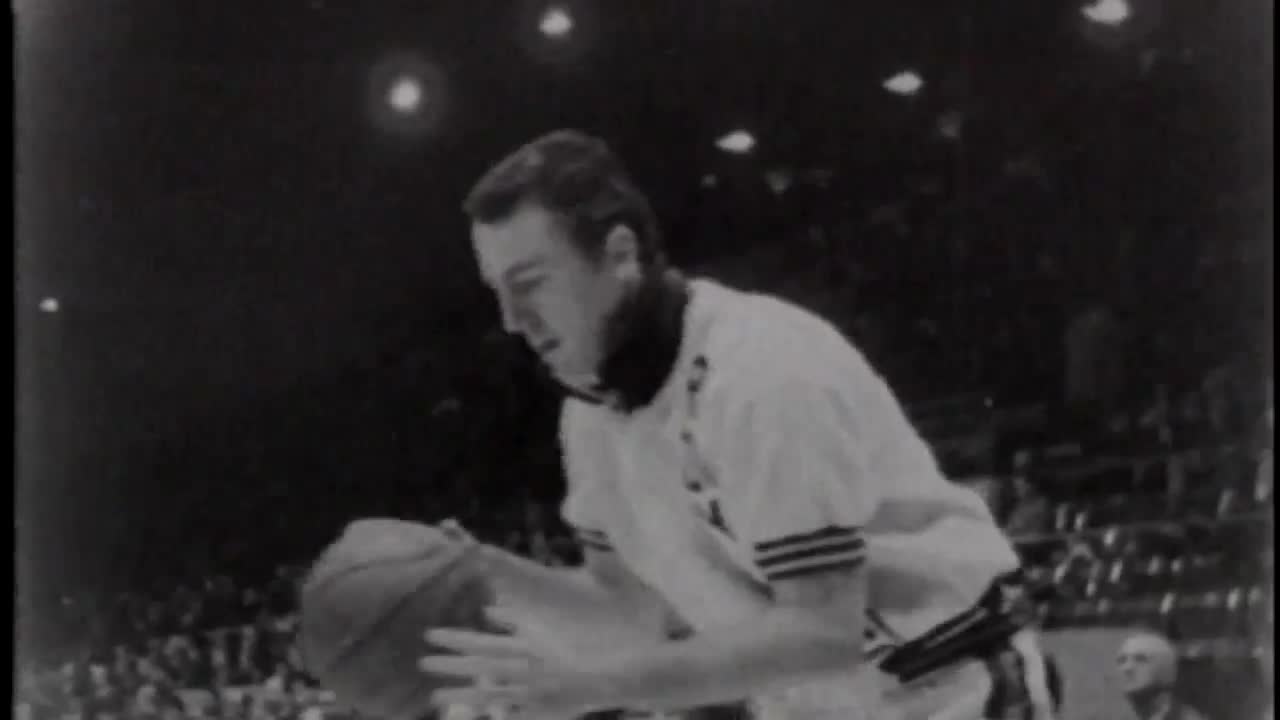 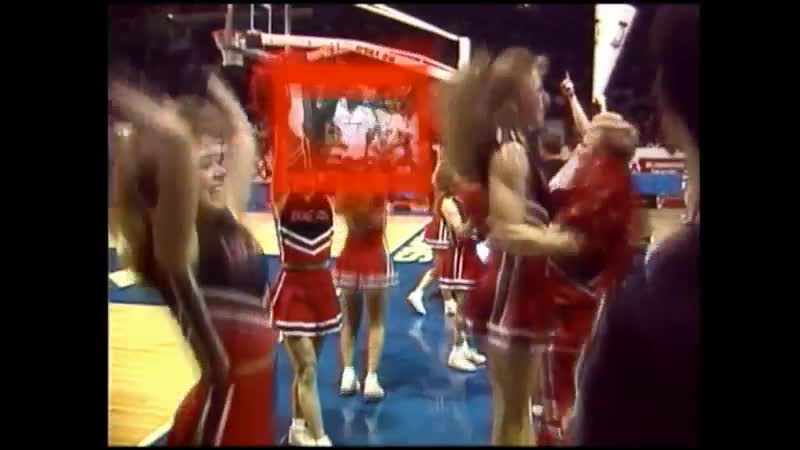 CINCINNATI -- This town has one sports rivalry unlike any other. Through numerous venues, big personalities and heated exchanges, Cincinnati has cheered the Crosstown Shootout for 70 years.

The hype is nothing like it used to be (watch the archive video above for proof). Coaches would meet for a luncheon/smack-talking session. Promos ran for weeks, promising a gritty nail-biter broadcast on ESPN and local news channels.

But much of the de-escalation was intentional.

The intensity came to a climax in 2011 when a bench-clearing brawl prompted a new, neutral venue and a new name . In 2012, the shootout was renamed the Crosstown Classic , but two years later it was called the "Shootout" once more.

UC has won 49 of the contests; Xavier has won 34. But the Musketeers have won three in a row and seven of the last nine. The Bearcats enjoyed winning streaks in the mid-1950s to mid-1960s and most of the 70s. Xavier won a chunk of games in the 80s and much of the 2000s.

Here's a cheat sheet on the rivalry's highlights (and lowlights):

UC's "Big O," the great Oscar Robertson -- who would later become the pride of all of  the Queen City on the Cincinnati Royals -- averaged 32 points and 15.3 rebounds and led four straight wins over Xavier in three seasons.

But not everybody appreciated the three-time NCAA Player of the Year at the time.

After his second Shootout on March 8, 1958 at the Cincinnati Gardens. a fan threw a wine bottle at him from the stands. Some reports call this the unofficial start of the UC/XU rivalry.

Litterbugs stole the show in March 1967. After a fight between Xavier's Joe Pangrazio and UC's Raleigh Wynn -- both were ejected -- fans pelted the court with coins and garbage. Pangrazio even threw a crutch at Wynn. Here's what happened, as told in Michael Perry's book,  "Tales from Cincinnati Bearcats Basketball."

"I was dribbling the ball and [Pangrazio] kept hitting me in the back with his fist," the book quotes Wynn. "I said, 'Take it easy.' He hit me in the back again. I dropped the ball and turned around and slugged him. That's the way it was. I hit him, and bam. He ran up into the stands and grabbed a crutch and the place just went wild."

A police officer blocked Pangrazio from clobbering Wynn with the crutch, so Pangrazio threw the crutch at Wynn.

In March 1964, Steve Thomas scored a season high of 45 points for Xavier. Impressive as it was, it wasn't enough to top UC; the Bearcats still won 93-75.

The last-second 3-pointer by Jamal Walker was exciting in and of itself, but UC fans remember the 1990 game because of "the call."

Xavier got possession with seven seconds left in the game after the ball came loose in a crash between Xavier's Michael Davenport and Cincinnati's Lou Banks. Referees said the ball came off Banks.

The Bearcats were up by six with a minute left in overtime; the final score was 90-88, Xavier. The game was UC coach Bob Huggins' Shootout debut. The animated Huggins chased the referees off the court.

In 1992, Terry Nelson made a bold prediction that landed in print four days before the Shootout. "Xavier doesn't really have a chance," Nelson's quote said. "I think we should go in there and blow them out."

Nelson wasn't totally humiliated and UC did win, but Huggins poked fun at him afterward. "That's a big statement for a guy averaging three points a game," Huggins said.

In 1994, Huggins refused to shake hands with Xavier's Pete Gillen after the game and yelled at Gillen instead. Television cameras caught the tense exchange.

If you couldn't tell by the coach's demeanor, Xavier won this game.

Twice, Xavier beat a No. 1 ranked Bearcats team. In 1996, Lenny Brown's last-second shot led the Muskies to a 71-69 win. Both teams ended up in the NCAA tournament that year.

Again in 1999, the Bearcats were knocked off by a breakaway dunk. Xavier won 66-64. Again, both teams made the tournament.

We know the story. We've seen the video. And there's more to this rivalry than the 2011 brawl.