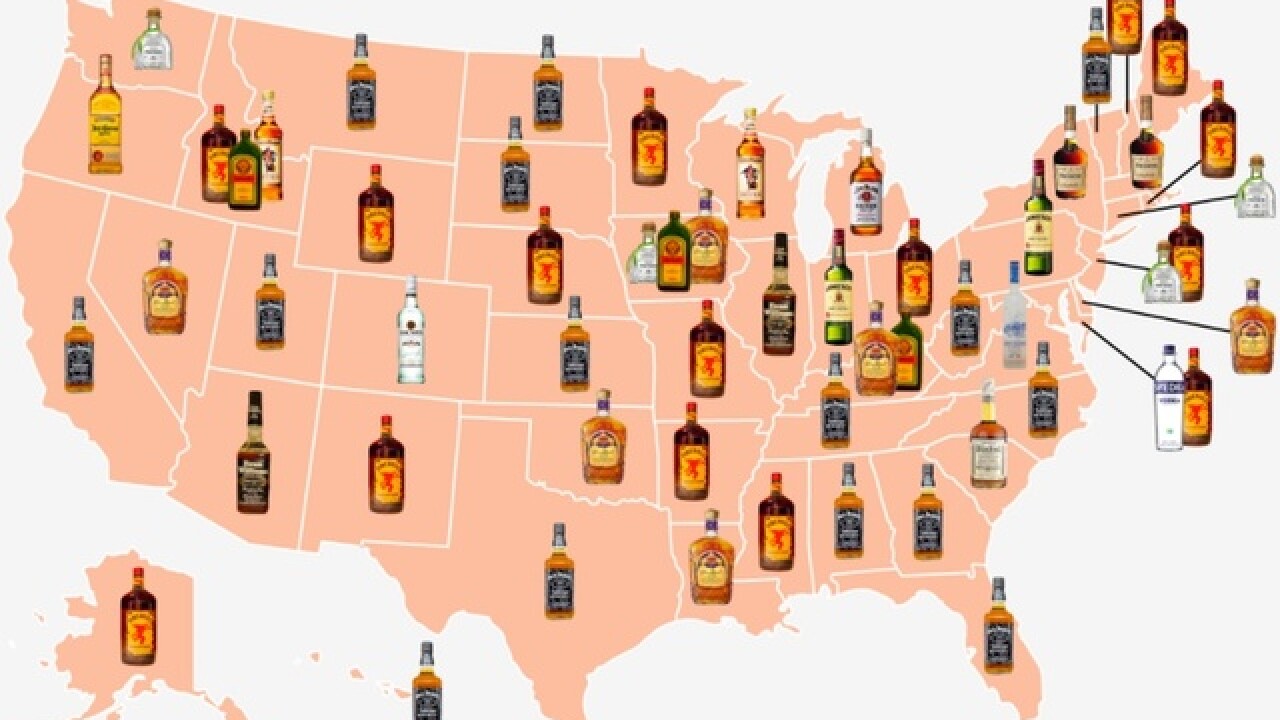 Copyright 2017 Scripps Media, Inc. All rights reserved. This material may not be published, broadcast, rewritten, or redistributed.
Business Insider
<p>This map shows the most popular liquor in each state, according to data from social drinking app BARTRENDr.</p>

We're a nation of whiskey-lovers, based on recent data from social drinking app BARTRENDr ranking each state's favorite liquor.

The folks behind the app analyzed posts and pictures from its 700,000 users to identify the most popular libation in all corners of the United States. Only eight states chose non-whiskey brands as their favorite, according to Food & Wine.

Jack Daniel's and Fireball tied for first with 15 states each. Ohio apparently loves its Fireball, the cinnamon whiskey that's exploded in popularity in recent years.

Across state lines in Indiana, drinkers class it up a bit with Jameson Irish Whiskey ranking as Hoosiers' favorite liquor. Down south across the river, Kentuckians saw a tie between Crown Royal whiskey and Jagermeister.

A disclaimer though: Food & Wine pointed out that the data relies on "an app that may skew toward younger partiers and people who, unlike your author, don’t consider 'social drinking' sipping amaro with his cat."