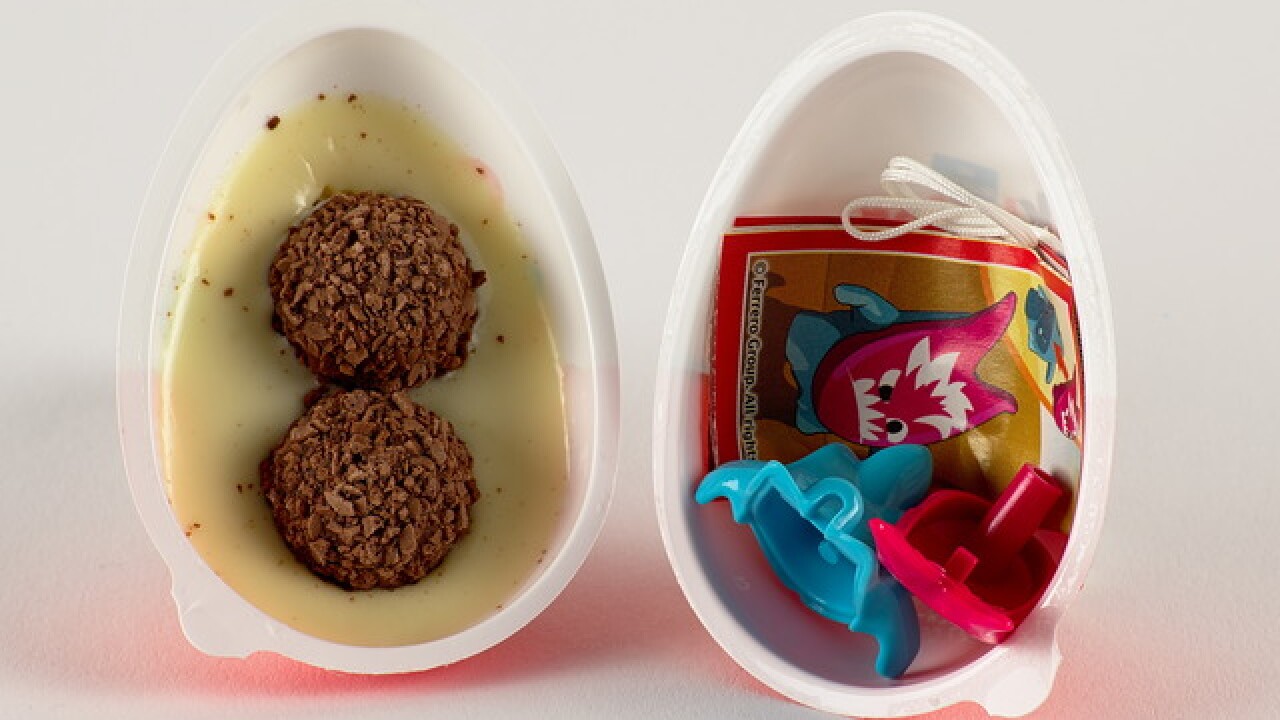 Copyright 2017 Scripps Media, Inc. All rights reserved. This material may not be published, broadcast, rewritten, or redistributed.
Wikimedia Commons
<p>Kinder Joy eggs from Italian candymaker Ferrero are arriving soon in the United States.</p>

Travel to virtually any country outside the United States, and you'll find Kinder Surprise, a chocolate egg stuffed with a tiny toy, waiting to tempt you at any grocery store check-out lane.

We've never had them in America because of Food and Drug Administration guidelines restricting combinations of food and nonfood items, according to Food & Wine.

However, Italian candy company and Kinder eggmaker Ferrero International told the magazine it will introduce its Kinder Joy eggs to America at the start of 2018.

Apparently, Walmart sweetened the deal and somehow got exclusive rights to the $1.34 candy a month early. Thrillist reports they'll land on Walmart shelves on Black Friday -- Nov. 24 -- if you can survive the customer stampedes.

“Kinder is the second largest confectionery brand worldwide behind Cadbury,” said Martino Caretto, director of institutional affairs at Ferrero, in an interview with Fortune. “We hope in time to catch the No. 1 spot with more expansion of Kinder outside of Europe.”

Kinder Joy is made of two separate halves -- one with soft cream layers and wafer bites and the other with a secret toy inside that kids and parents can assemble together.

Actress Malin Akerman shared with Food & Wine what Kinder eggs meant to her as a child growing up in Sweden.

"I remember when my mom used to give me Kinder products as a child — the anticipation of the delicious treat was fun and special," Akerman said. "I can pass on these delicious treats to my son and see him experience the same genuine surprise and delight that I did every time he opens a Kinder Joy egg.”