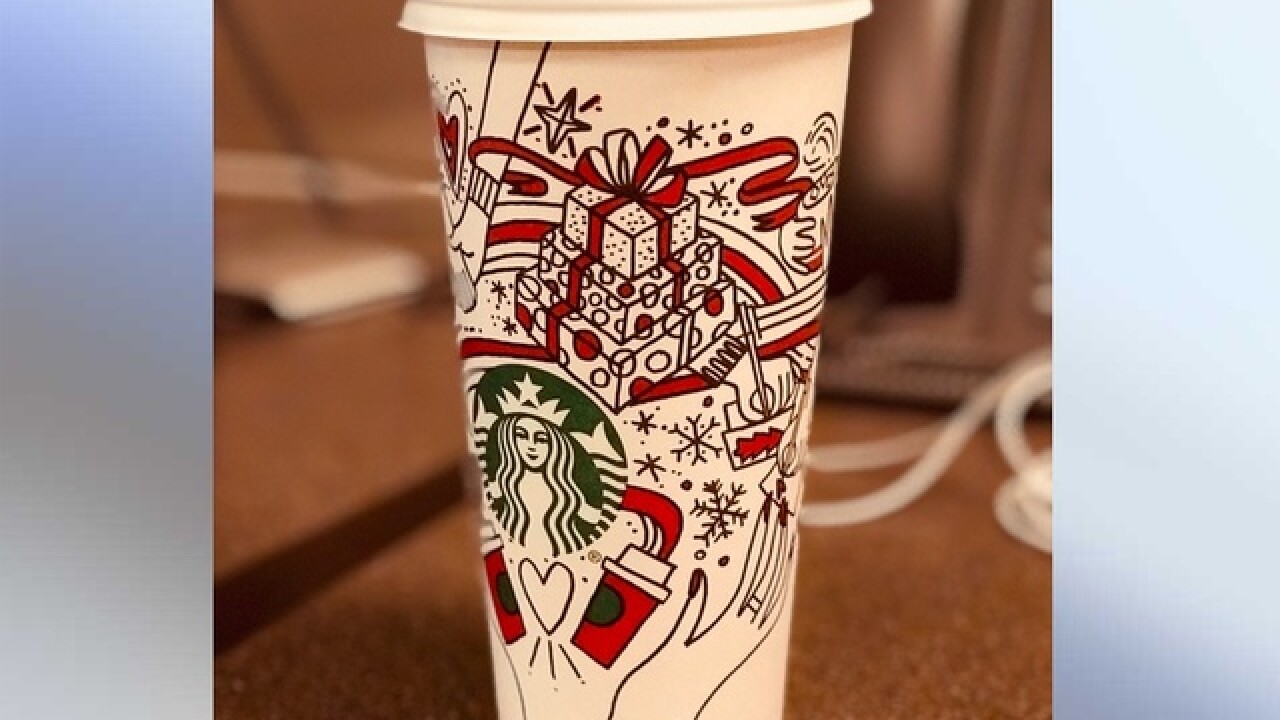 It’s the day after Halloween, so it’s time to start thinking about Christmas.

Whether you’ve started untangling the lights and breaking out the stockings, the coffee chain is giving you a chance to decorate with this year's holiday cup design.

Starbucks’ latest holiday cup is mostly white, allowing customers to color in the Christmasy images themselves. The chain officially released the cups on Wednesday.

“We love the idea of everyone making this year’s cup their own,” Leanne Fremar, executive creative director for Starbucks, said in a statement.

The cups feature splashes of green and red, but they are mostly white to encourage personalization.

Most locations in the U.S. will have colored pencils for customers to borrow, a spokesperson told the Huffington Post.

Starbucks' Holiday cups have been a topic of conversation for years. The chain released a plain red cup for the 2015 holiday season, which sparked outrage from some customers who said the cups didn’t embody Christmas. Even President Donald Trump, a candidate at the time, suggested boycotting the chain.